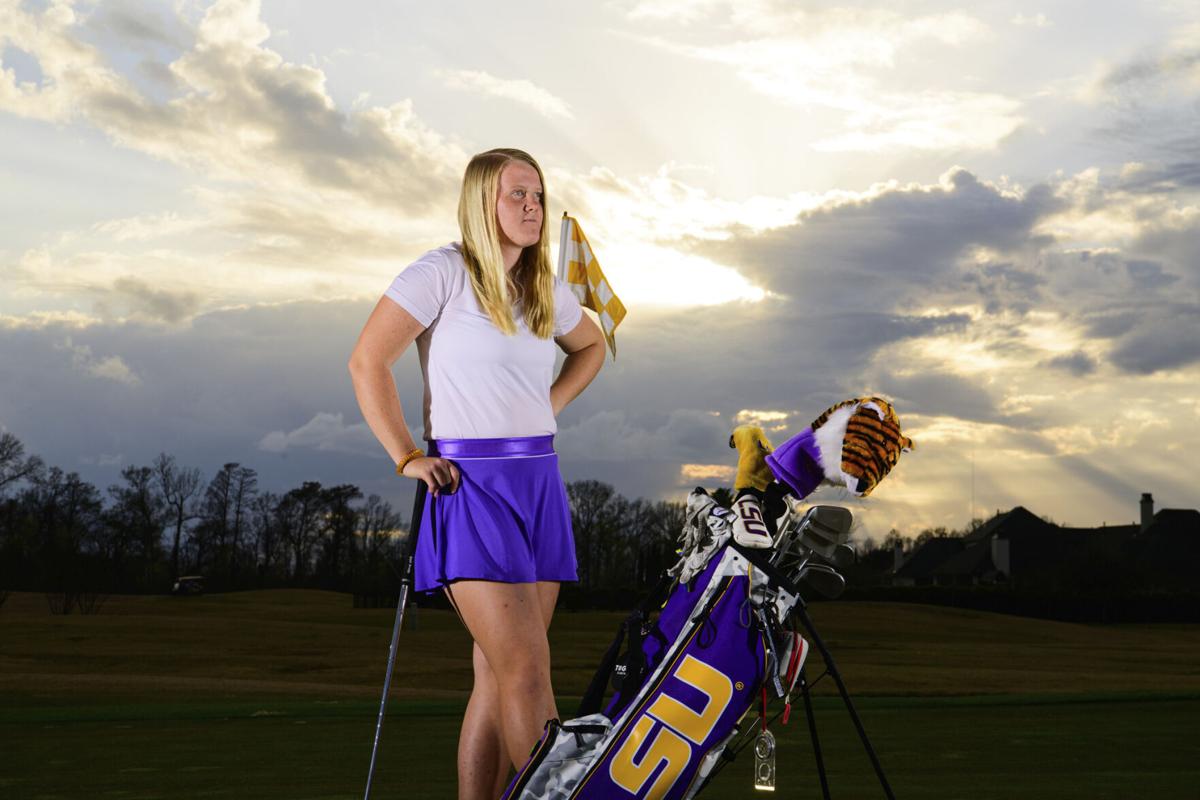 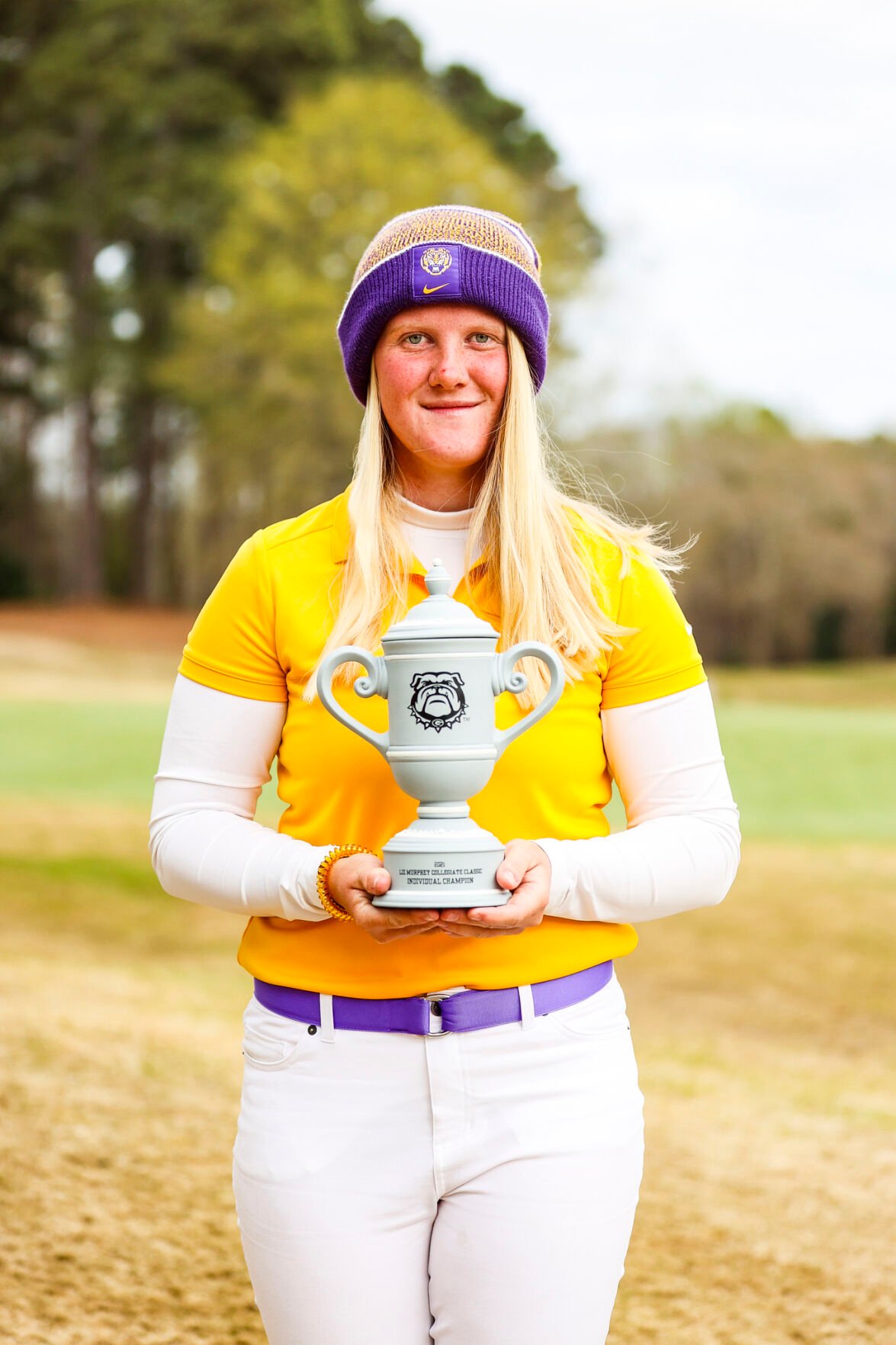 LSU golfer Ingrid Lindblad poses with the trophy she won in the Liz Murphey Collegiate Classic, March 21, 2021 in Athens, Ga. 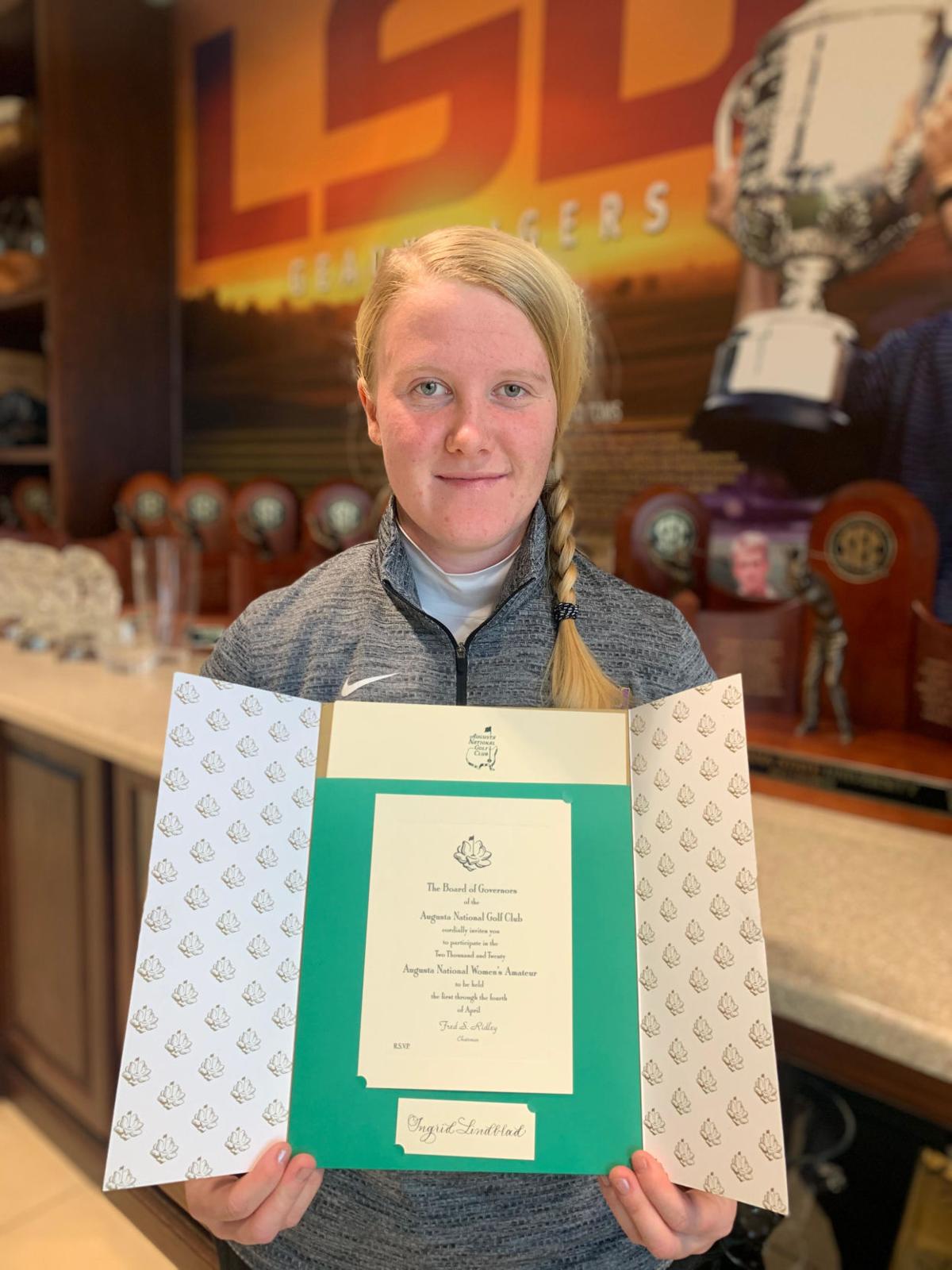 LSU golfer Ingrid Lindblad poses at the team's golf facility at the University Club in this undated photo with her original invitation to play in the 2020 Augusta National Women's Amateur. Lindblad will compete in this year's tournament, starting Wednesday.

LSU golfer Ingrid Lindblad poses with the trophy she won in the Liz Murphey Collegiate Classic, March 21, 2021 in Athens, Ga.

LSU golfer Ingrid Lindblad poses at the team's golf facility at the University Club in this undated photo with her original invitation to play in the 2020 Augusta National Women's Amateur. Lindblad will compete in this year's tournament, starting Wednesday.

Now that it’s behind her, the disappointment of last year’s Augusta National Women’s Amateur being canceled has largely evaporated for LSU All-American Ingrid Lindblad.

“I feel even more excited this year because I didn’t get to play last year,” Lindblad said recently. “Last year, a couple of weeks before it was all canceled I was like, ‘What’s going on?’ This year I’m more prepared for it.”

Lindblad earned an invitation to the second Augusta National Women’s Amateur scheduled for the week before the Masters tournament last April. Unlike the Masters, which was eventually shifted to November for its first fall playing, the women’s amateur was wiped out by the coronavirus pandemic.

All of 2020’s entrants, however, were invited back for this year’s Augusta National Women’s Amateur, provided they had not turned professional.

Lindblad was one of those who did not. Now she has a chance to be the first female golfer from LSU to compete at hallowed Augusta National Golf Club.

The sophomore from Halmstad, Sweden, would have qualified this year regardless based on her world ranking. She enters the event No. 4 in the women’s world amateur rankings behind American Rose Zhang, fellow Swede Linn Grant and France's Pauline Roussin-Bouchard.

“All of her skill sets are above average,” LSU women’s coach Garrett Runion said. “And it’s her internal drive to be great. That will be a big advantage if she gets to Augusta to be able to hit it high and get it on the greens with her irons, while some of the others might be hitting hybrid clubs.”

The final round will be televised at 11 a.m. Saturday on NBC.

Lindblad comes into the tournament on about as good a roll as possible.

She has finished in the top 10 of all seven LSU tournaments this season and broke through for her first victory of 2020-21 two weeks ago near Augusta at Georgia’s Liz Murphey Collegiate Classic in Athens. She opened the Murphey with a school record-tying 8-under par 64 and won with a 54-hole total of 4 under 212.

Because of tight restrictions on fans, Lindblad was allowed only three people to accompany her at the tournament, including her caddie. That will be her swing coach from back home, Thomas Lindstrom. She will also be with Runion and her Swedish national team coach, Fredrik Wetterstrand.

Lindblad said she naturally wanted to her parents to come, but they would have needed a waiver to be able to get in the United States because of ongoing COVID-19 travel restrictions. The competitor in her won over sentimentality and felt it would be best to have her coaches with her.

For Runion, who grew up playing at four-time Masters champion Arnold Palmer’s Bay Hill Club in Orlando, Florida, this is his first trip to Augusta National.

“I’m definitely going more in a fan capacity and for support with her parents not being able to come,” he said. “I’ll pick up things from behind the ropes, but I’ll probably take more pictures and just be watching.”

Lindblad and Runion will hurry back to Baton Rouge after the ANWA for the LSU Tiger Golf Classic, April 6-7 at the University Club. LSU will also host an NCAA women’s regional, May 10-12 at the U-Club.

LSU All-American golfer Ingrid Lindblad shot a 1-over par 73 Wednesday in her long-awaited first round of the Augusta National Women’s Amateur.