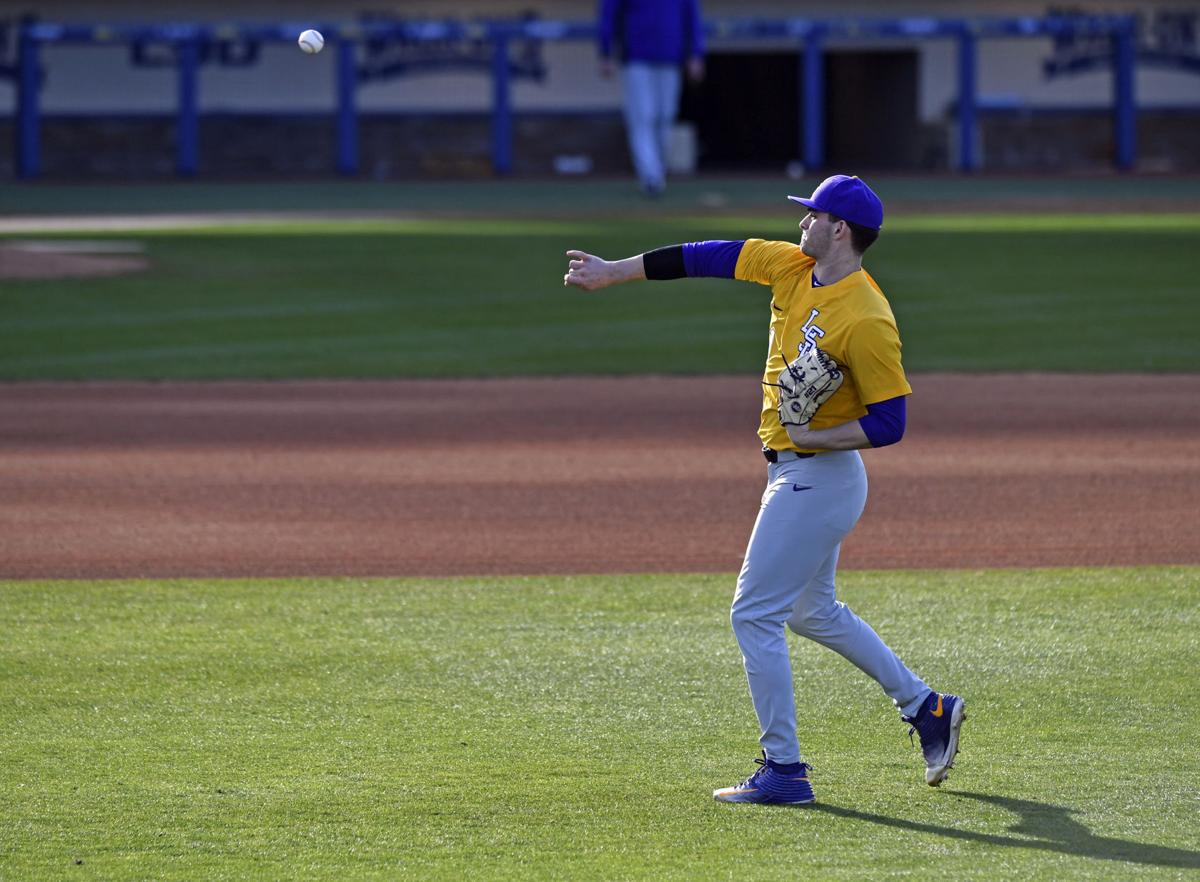 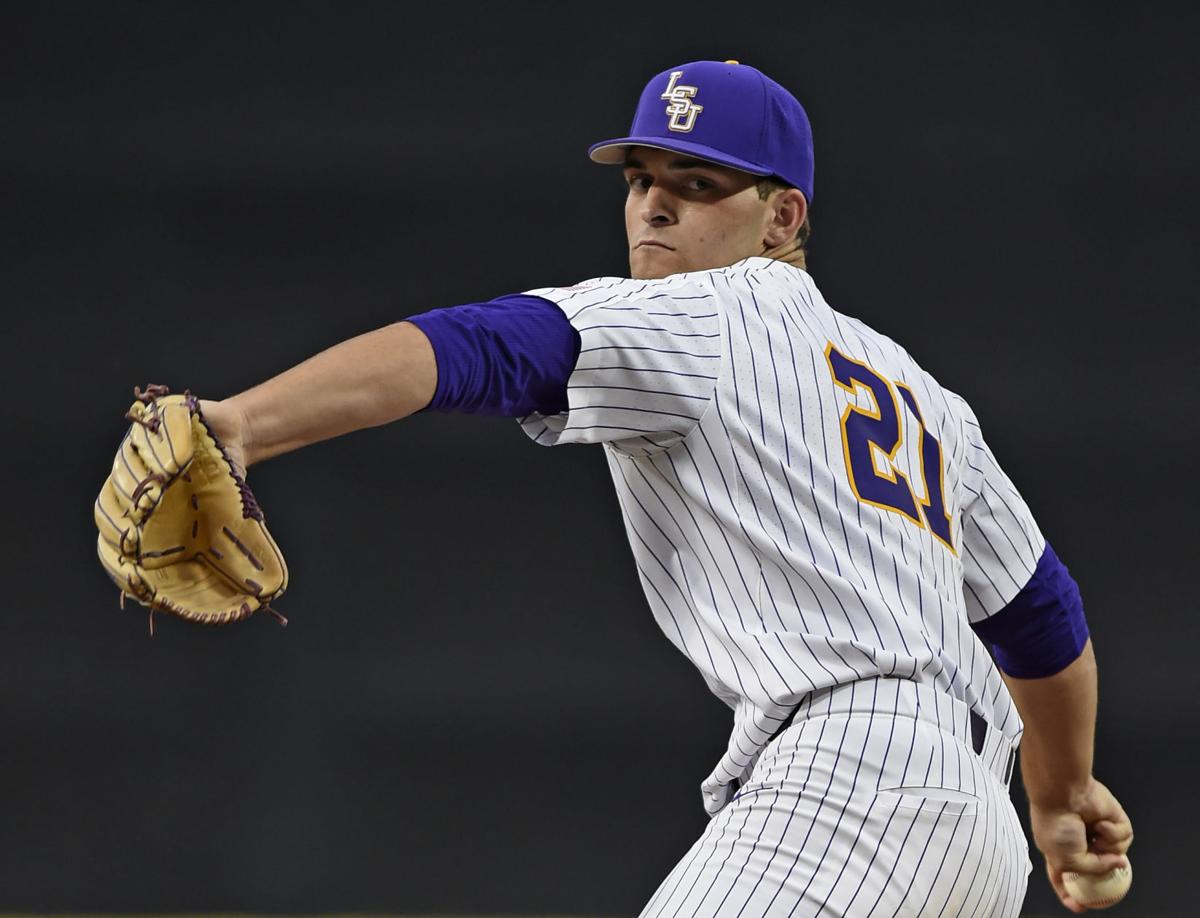 Nick Storz has existed within the LSU baseball program as something of a myth, a highly touted pitcher with possible major-league capability who has spent almost his entire career on the sideline.

For two years, Storz has gone through a cycle of surgery, rehab, hope and setbacks — only to repeat the process when it seemed he would return to the field.

Perhaps at last, Storz feels ready to contribute. The redshirt sophomore has pitched during preseason scrimmages, and with about one week until the Tigers’ first game Feb. 14 against Indiana, Storz said he can pitch opening weekend.

Coach Paul Mainieri called Storz one of the variables of the pitching staff, a potential power arm in the bullpen who looks “ready to compete.”

Storz arrived in 2017 as one of the most highly regarded signees in LSU’s recruiting class. Detroit selected Storz in the 31st round of the Major League Baseball draft, but he had not pitched much his senior year of high school because of shoulder discomfort.

LSU team doctors discovered a bone spur, which they diagnosed as a Bennett lesion. Storz underwent surgery to remove it near the beginning of fall practice that year. LSU hoped for Storz to return around Southeastern Conference play and possibly develop into a weekend starter by the end of the season.

Instead, Storz pitched twice his freshman year. Shoulder discomfort separated the appearances by more than a month, and when pain flared after Storz pitched against McNeese State on May 9, LSU shut him down the remainder of the season. He had pitched three total innings.

Once again, unexpected setbacks forced Storz off the field. He underwent a total repair of his lat muscle in October 2018. Though LSU had believed Storz might pitch by the end of last season, he never did.

LSU pitcher Devin Fontenot knows how he wants to approach every appearance this season, pulling lessons from what made him successful during a heartbreaking NCAA Super Regional loss.

Storz received a medical redshirt. He had another surgery — his third within three years — last May to remove scar tissue that had gathered from trying to throw for so long with the unattached lat muscle.

“Since then,” Storz said, “I've been feeling awesome.”

Storz threw bullpens in fall practice, faced live hitters during individual drills, and at the start of preseason practice, he pitched one inning during LSU’s first intrasquad scrimmage.

“I needed a map to get out there,” Storz said. “I was waiting on the umpire. It was all unfamiliar for a little bit, but it felt great to get back in the swing of things and get some live situations.”

Storz does not think he has found rhythm and comfort on the mound, but he also pitched two innings without allowing a hit during LSU’s scrimmage last Saturday. He struck out five batters.

Throughout the cycle of rehab and setbacks, Storz maintained a positive attitude. He hated watching almost two seasons pass without him on the field, but he tried to support his teammates from the dugout. He never let his personal struggles distract them. Redshirt sophomore Eric Walker hasn't noticed much change in Storz's demeanor now that he regained his health.

“He's a huge part of this team,” said Walker, who has lived with Storz the past two years. “I hope we have him standing with us in Omaha at the end.”

As Storz leaned against the dugout railing last week, he tugged at a bracelet on his left wrist. The phrase “Vision Gives Pain Purpose” stretched across the rubber. Storz began wearing the bracelet to remind himself of his final goal — full health — and that everything he went through would pay off.

For three years, Storz has heard he can pitch, only to get held back by injuries out of his control. He worked as hard as possible, but his body did not cooperate. He believed, somehow, he would regain his health and step back onto the mound. To approach his return and know he can soon play again feels like relief. Storz looked at the bracelet.

"As long as you have a vision inside of the end goal," Storz said, "then everything you've been through is going to be worth it."

LSU has picked its starting rotation for the opening series against Indiana.