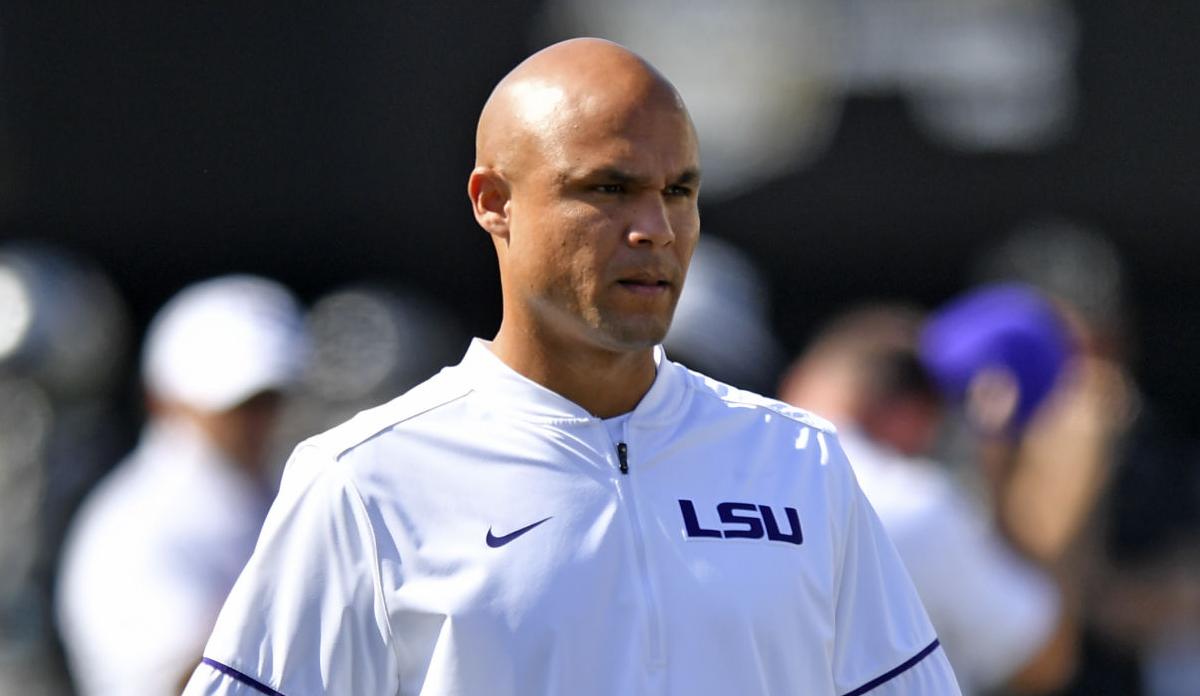 LSU defensive coordinator Dave Aranda on the field before kickoff between the Tigers and the Commodores, Saturday, September 21, 2019, at Vanderbilt Stadium in Nashville, Tenn. 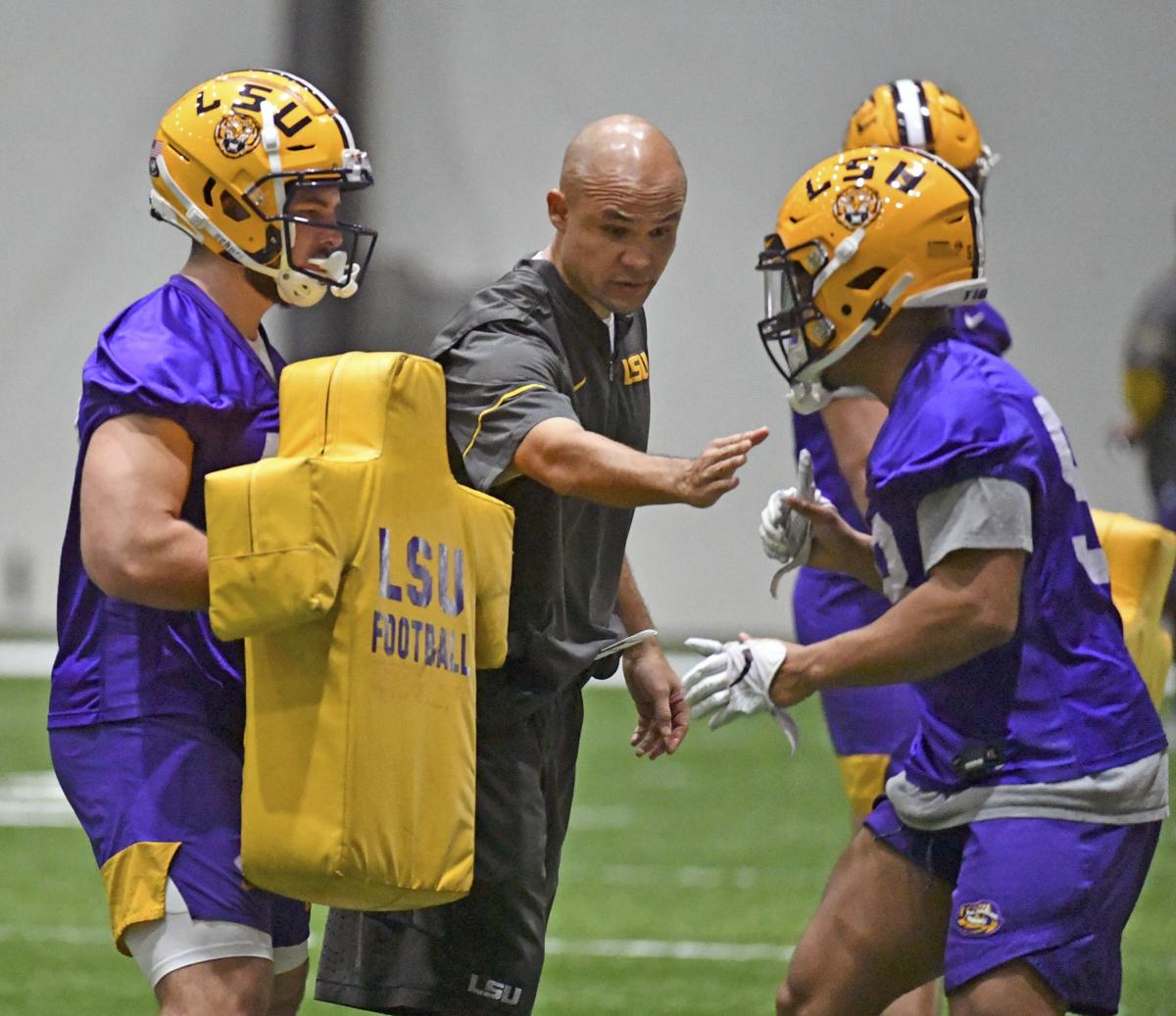 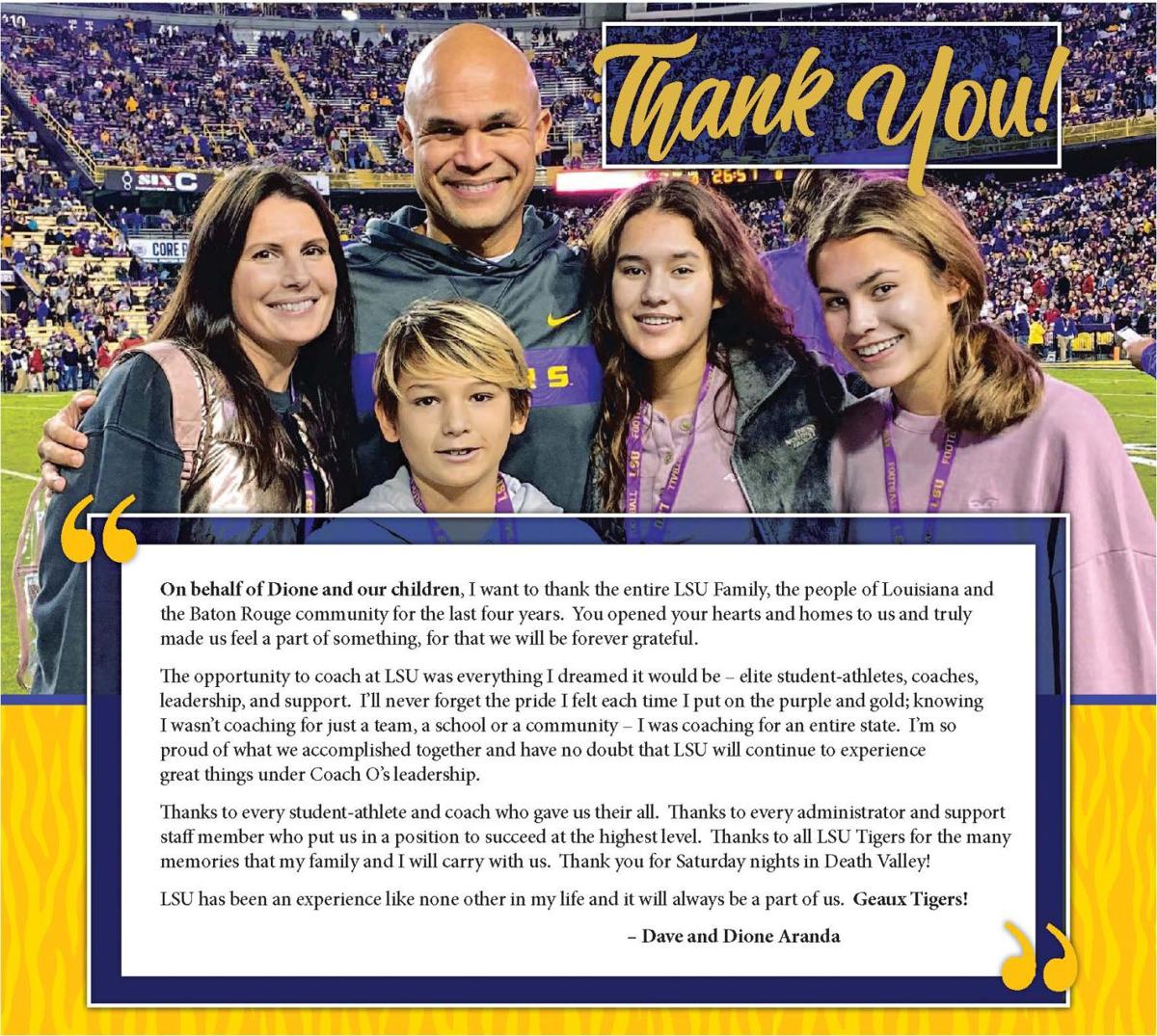 LSU defensive coordinator Dave Aranda on the field before kickoff between the Tigers and the Commodores, Saturday, September 21, 2019, at Vanderbilt Stadium in Nashville, Tenn.

Whomever LSU chooses to be its next football coach, there will be some fans or factions who don’t like the pick.

Lincoln Riley. Billy Napier. Mel Tucker. In the name of Pop Warner, Nick Saban himself could return to Baton Rouge to “finish the job,” and someone would, rightfully, point out that he just turned 70 last month. Father Time won’t be outflanked by the Saban “process.”

There is a candidate out there w probably comes close to satisfying many of the constituencies that are surrounding LSU athletic director Scott Woodward during his process.

In the end, he may turn to an old friend of the program: former LSU defensive coordinator and current Baylor coach Dave Aranda.

Both defensive back Sage Ryan and defensive lineman Maason Smith are expected to return for Tigers' final regular season game against Texas A&M.

After looking like a backburner candidate for weeks as speculation swirled around other names, Aranda’s candidacy picked up steam Monday, according to sources and amid media reports that include disparate lists of names. Lists that tell you how much secrecy has shrouded the LSU search.

Kudos to Woodward for that. But eventually, he’s going to have to pick someone. And there are indications that Aranda is emerging as a prime candidate.

It’s important to stress that this doesn’t mean Aranda WILL get the LSU job. There is a lot of truth in the old axiom that the coaching search isn’t done until the coach steps onto the podium. And Baylor, perhaps still feeling the sting of losing Kim Mulkey to LSU in April, probably will turn to deep-pocketed boosters to try to keep him.

Aranda isn’t the perfect candidate. His body of work as a head coach is thin. After going 2-7 during his first year at Baylor in 2020, he’s just 11-9 overall. But he has the Bears cooking with a 9-2 record going into Saturday’s regular-season finale at home against Texas Tech. Baylor is a heavy 14-point favorite and with a win would make the Big 12 championship game if Oklahoma (and another LSU candidate, Lincoln Riley) loses Saturday to Oklahoma State. An ESPN bowl projection has the Bears playing in the Fiesta Bowl, one of the New Year’s Six games.

Aranda isn’t known as an elite recruiter. At LSU, he was more the guy who came in to close the deal than the guy who went and got them. And it’s true that in his four years as LSU’s defensive coordinator, the Tigers’ FBS total defense ranking went from fifth to 12th to 30th to 32nd, though in 2019 the speed with which LSU’s No. 1-ranked offense scored was a contributing factor.

But Aranda came by his nickname “The Professor” honestly. His in-game adjustments were practically legend. How often did you see an LSU opponent make a strong opening drive or two, only to be followed by a series of three-and-outs?

Almost as legendary was Aranda’s calm, measured manner as a coach. The media is only at the LSU practice field for a small amount of time during the season or spring drills, but I never heard Aranda raise his voice. He fits the modern coaching style, where one doesn’t veer into a rant when things go wrong but a calm analysis about how to fix it and avoid repeating the mistake on the next series.

Aranda gives you what the two LSU coaches he worked under, Les Miles and Ed Orgeron, and what other potential candidates like Lane Kiffin do not: stability. The sense that there will be no nonsense, no drama. And the fact that his name has not been tied to any of LSU’s Title IX issues is no small matter. Like it or not, LSU’s Title IX problems have been a complicating factor in this search.

Ed Orgeron may have one game left as LSU's coach. He'll wait 'until the end' to think about it.

Ed Orgeron suspects the realization he coached in his final game at LSU won’t arrive until after it has finished. He wants to focus this week …

If Aranda has moved to the top of LSU’s list, the Tigers certainly may have company. The Redlands, California, native has a couple of Pac-12 openings at Southern California and Washington to consider as well. He’s expected to be a top candidate for both of those spots.

That said, by all accounts the Aranda family enjoyed the four seasons in Baton Rouge. Dave and his wife Dione even went to the lengths of taking out an ad in The Advocate with their three children to thank Baton Rouge and LSU fans for their time here.

“You opened your hearts and homes to us and truly made us feel part of something,” the ad read. “The opportunity to coach at LSU was everything I dreamed it would be. … I’ll never forget the pride I felt each time I put on the purple and gold; knowing I wasn’t coaching just for a team, a school or a community — I was coaching for an entire state.”

Could Aranda be eager to experience that pride again?

We could know within the next week or so, unless Baylor makes the Big 12 title game. If LSU doesn’t name a coach by then, that might indicate Aranda is who the school is waiting to land.