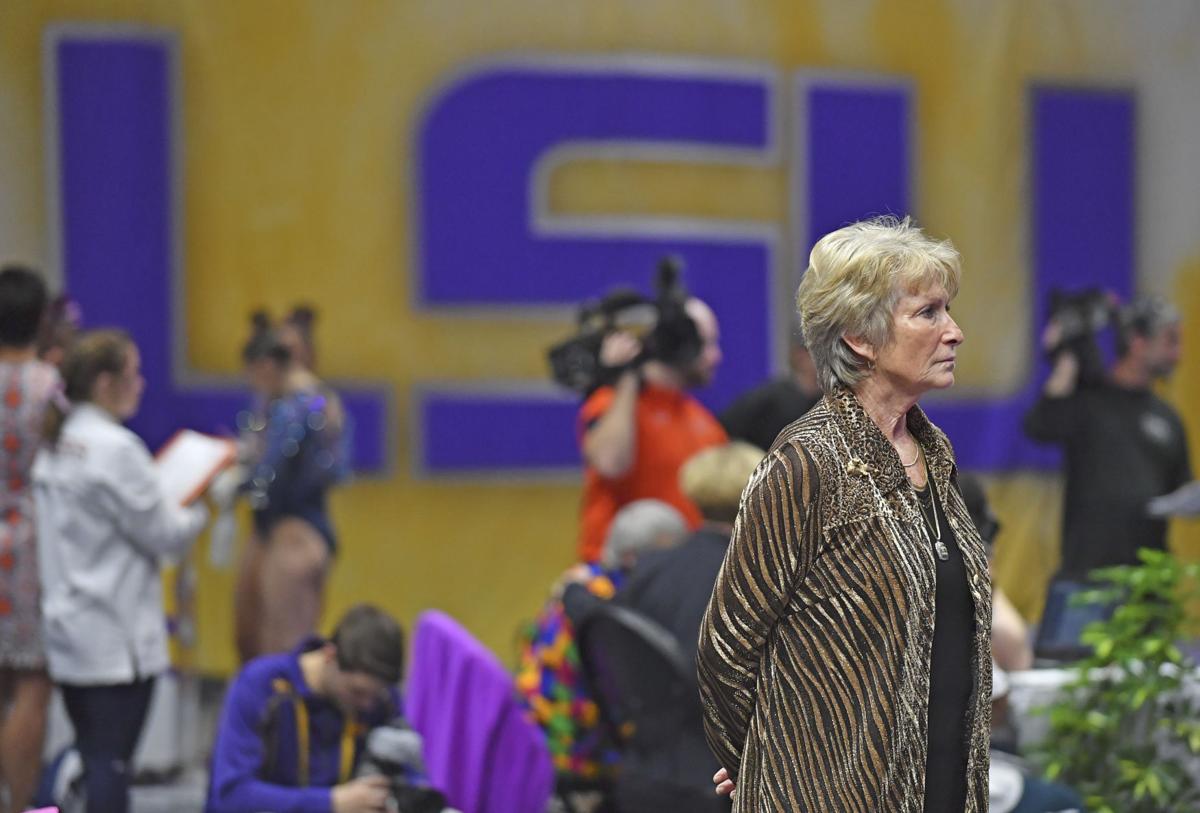 LSU co-head coach D-D Breaux looks on as her gymnasts warm up before the Tigers' meet against Auburn, Friday, January 17, 2020, at LSU's Pete Maravich Assembly Center in Baton Rouge. 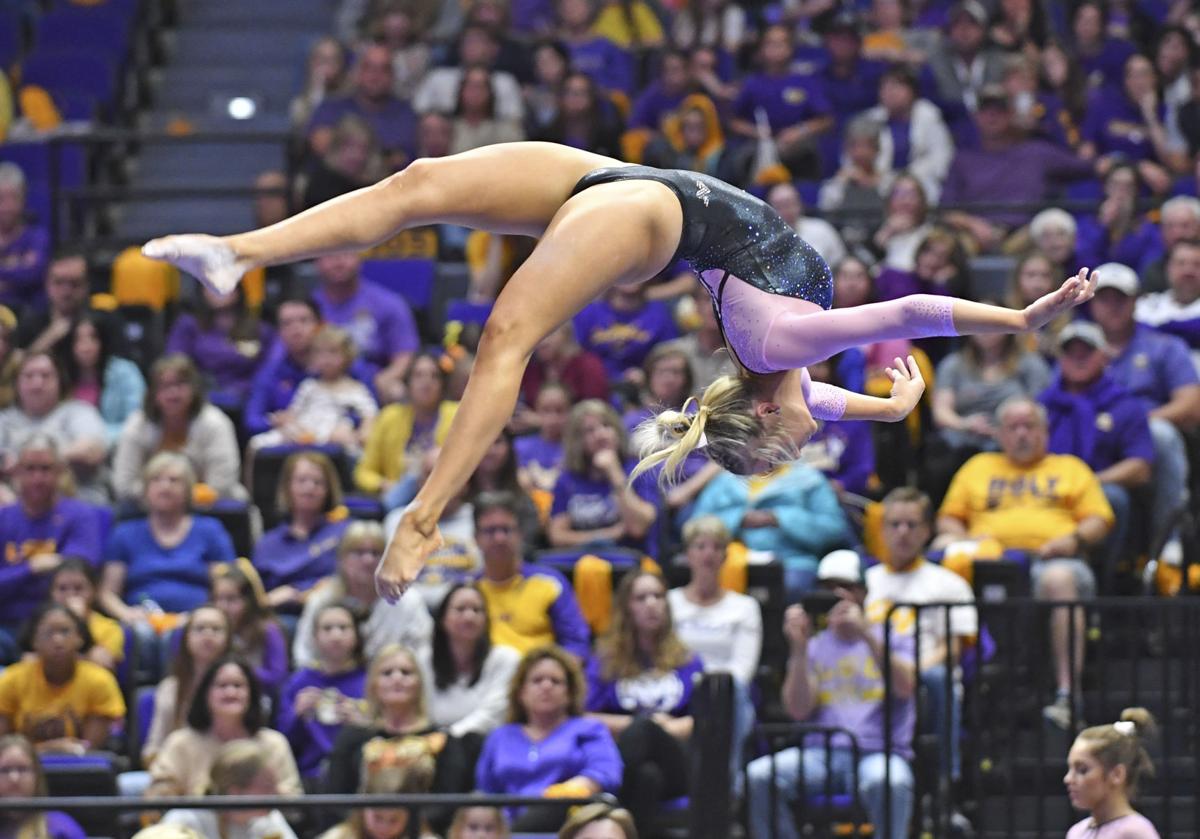 LSU junior Sami Durante performs on beam in the Tigers’ meet against Auburn, Friday, January 17, 2020, at LSU's Pete Maravich Assembly Center in Baton Rouge. Durante scored a 8.975 in the event.

LSU co-head coach D-D Breaux looks on as her gymnasts warm up before the Tigers' meet against Auburn, Friday, January 17, 2020, at LSU's Pete Maravich Assembly Center in Baton Rouge.

LSU junior Sami Durante performs on beam in the Tigers’ meet against Auburn, Friday, January 17, 2020, at LSU's Pete Maravich Assembly Center in Baton Rouge. Durante scored a 8.975 in the event.

After counting one of two falls in a dangerously unbalanced beam routine, LSU gave Auburn the opportunity to pull a second-straight upset.

That threat had passed by the time Kiya Johnson stepped onto the floor in the anchor spot, but the freshman from Dallas didn’t know that.

The result wasn’t necessary to bring LSU a win, but it did bring the house down.

LSU co-head coach D-D Breaux was proud of Johnson for coming through in what she assumed was the clutch.

“The practice of going out there and feeling the pressure to do your best to win is important,” Breaux said.

“My teammates just kept coming up to me and saying, ‘You do you,’ ” Johnson said. “Focus and do what I do in the gym.”

Did she think her routine was a 10?

“I didn’t worry about that,” Johnson said. “I’m just happy I made (it through) the routine.”

Johnson did more than make it through. She edged out senior teammate Kennedi Edney for the all-around title 39.600-39.500, her second straight after also winning last week at Georgia.

In the first major sporting event on LSU’s campus since Monday’s CFP national championship game in New Orleans, LSU started strong with a trio of big scores on vault. Junior Sarah Edwards won with a 9.95, followed by a pair of 9.925s from Edney and Johnson.

Johnson’s score came from the anchor spot on vault as well, showing the LSU coaching staff’s confidence in the young phenom.

“It means so much to be put into those positions,” Johnson said, “to be trusted at the end.”

Edney continued her strong showing with a pair of 9.90s in LSU’s next two events, uneven bars and balance beam. But she stepped out of bounds on floor and only got a 9.775, leaving the door open slightly for Auburn to pull the upset, this after LSU struggled on beam.

Competing without injured junior Christina Desiderio, LSU had to count one of two falls in that event (one score of six are discarded), allowing Auburn to slice the home team’s lead to 147.200-147.000 going into the final rotation after LSU scored only 48.525 on beam while Auburn had a 49.200 on floor.

“It was just a lack of focus,” Breaux said. “We never see that in the gym. The kids didn’t know how to react. We’ll make some modifications in training while we’re waiting on Christina to be well enough to get back on beam.”

Floor was LSU’s time to shine, though. LSU had a solid routine aside from Edney’s foot fault, posting a 49.375 with a 9.90 from junior Reagan Campbell and 9.85s from senior Ruby Harrold and junior Olivia Gunter.

LSU returns to action at 6:30 p.m. next Friday in a big SEC road showdown at Florida. The meet will be televised on ESPN2. The Tigers return home Jan. 31 to take on Alabama at 7:15 p.m. in the PMAC.