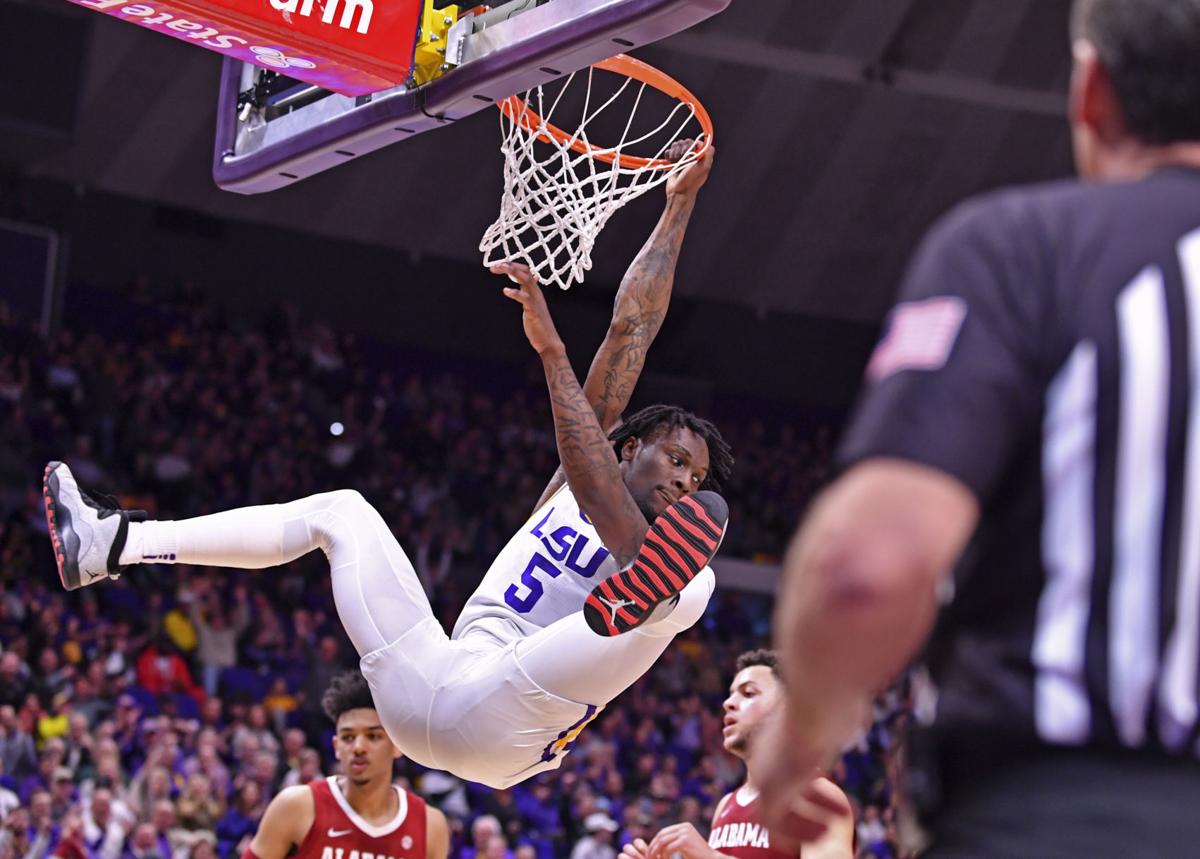 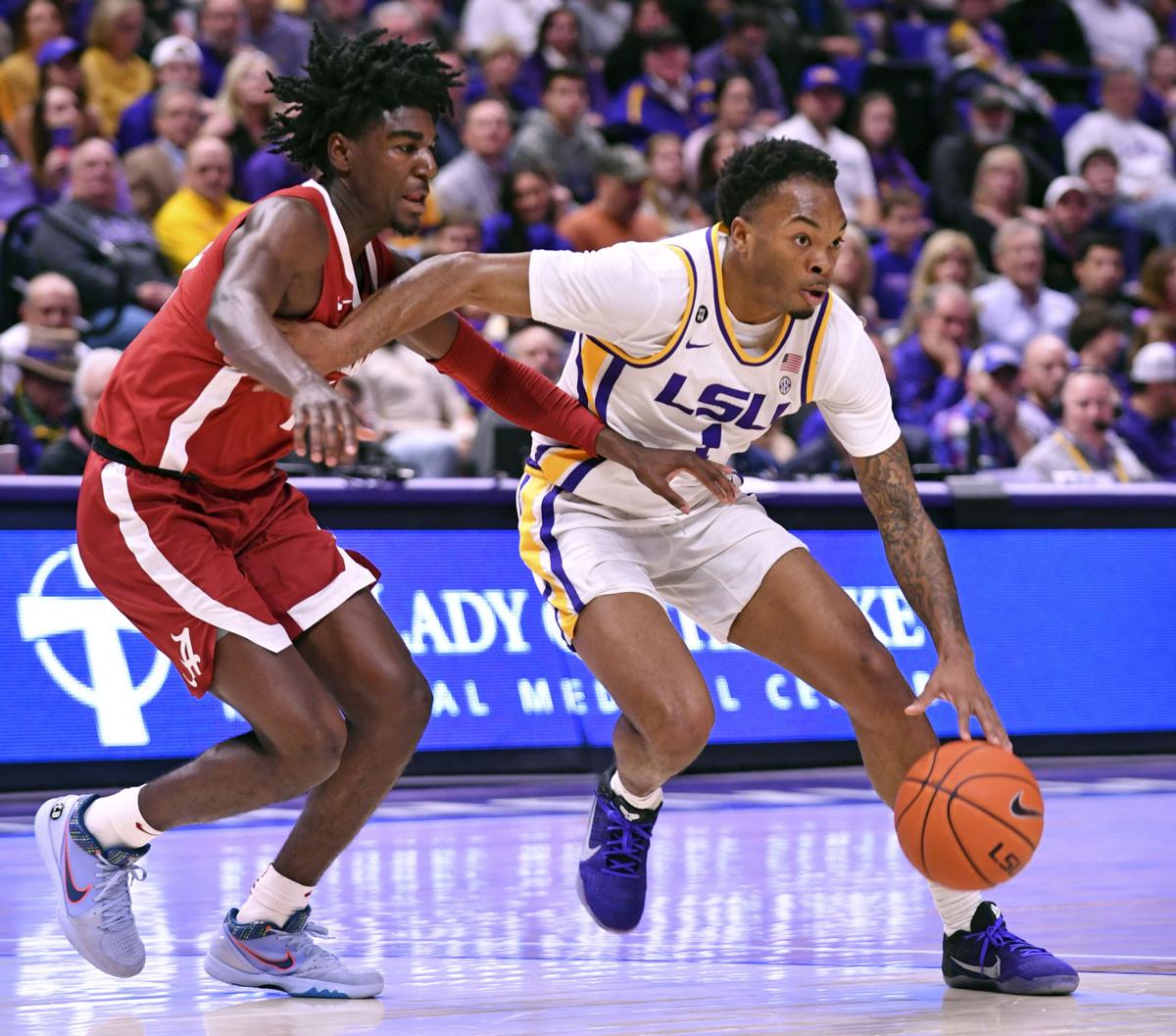 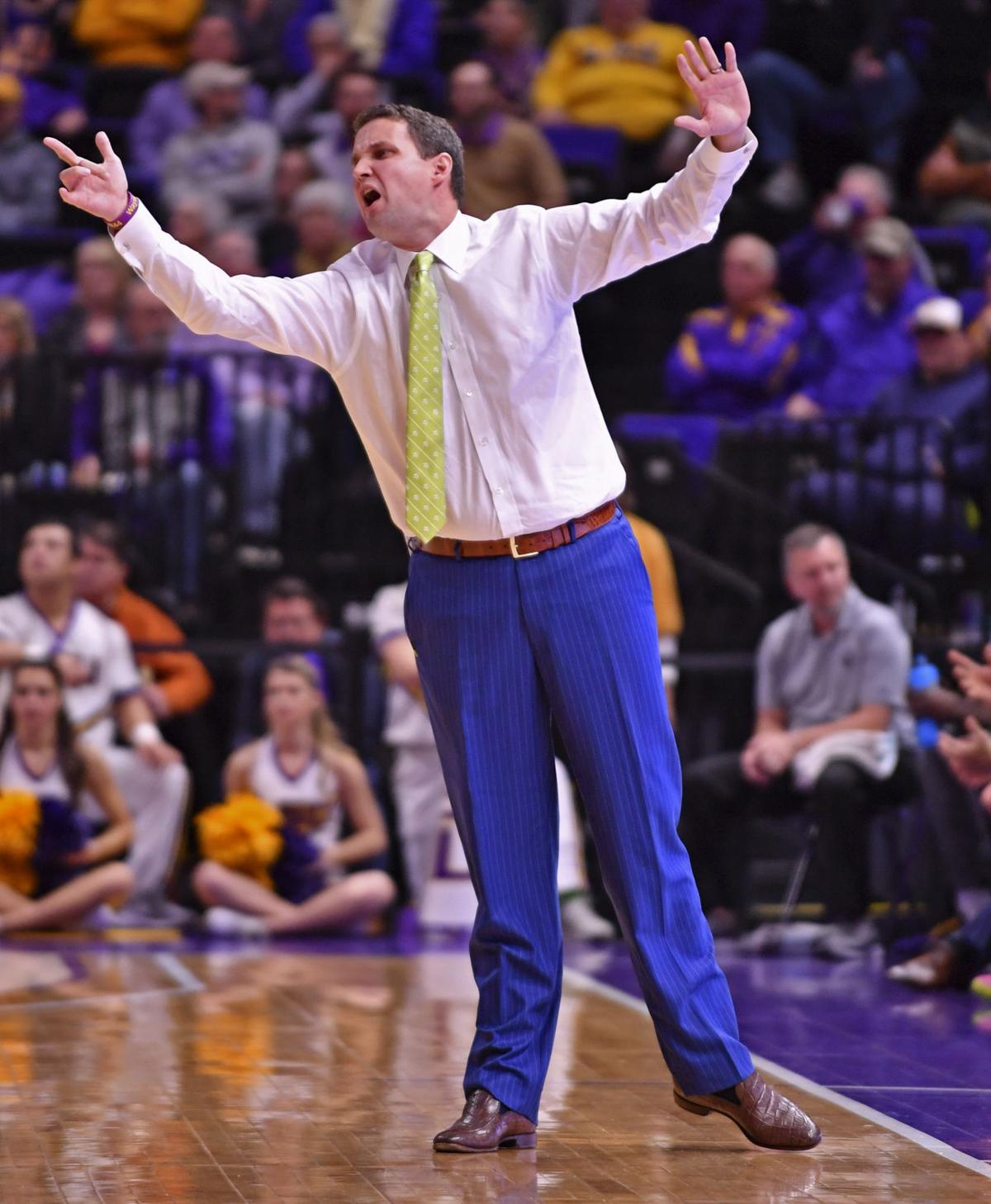 The story of LSU’s 90-76 victory Wednesday night over Alabama looked provocatively like it would be Will Wade verbally peeling a couple of layers of paint off the walls with a practice day screed to scare his players into stop blowing big leads.

But that wasn’t it, though he did rant and it probably didn’t hurt.

It looked like it would be beating Alabama at its own game, wiping away any evidence the Southeastern Conference’s top rebounding team was ever here by a whopping 49-31 margin.

But that wasn’t it, either.

It was numbers Wade was after. Not just winning, but winning the right way. Winning not just against Alabama on the court, but the numbers floating in the air above this college basketball season.

There is putting the ball in the n-e-t. Then there is the N-E-T. That’s the NCAA’s still newish formula that replaced the now apparently archaic RPI at the start of the 2018-19 season.

Will Wade said he was tired of watching his team blow second-half leads.

According to a website called RealtimeRPI.com, the old rating formula loves LSU. The Tigers (now 16-4) were up to No. 12 RPI-wise after Wednesday’s victory. That would equate to a lofty top-three NCAA tournament regional seed.

The NET isn’t as sweet on LSU. Not nearly by half. The Tigers’ NET ranking was No. 23 coming into the Bama game. Best in the SEC, which isn’t a ringing endorsement of the league this season, but not as good as LSU’s record might indicate.

One reason: the Tigers’ string of white-knuckle wins. LSU came in having won six straight games by four points or less, including a 69-67 win Saturday at Texas.

It was only that close because the Longhorns hit a 3-pointer at the buzzer. That would only seem to matter in Las Vegas, but it mattered to Wade because it mattered in the NET.

“You’re not just playing that other team,” Wade said. “You’re playing the computer. The NET has a predictive component to it. That why I was mad when Texas made that 3 at the end. It’s good for you (media) guys: ‘They’ve won this many games by four or less.’ But it’s not good for us.”

This is going to be a good win for LSU, NET-wise, Wade predicted. Though Bama dropped to 12-8, the NET liked the Crimson Tide, who were ranked No. 41 coming in. That’s a Quadrant 2 win by NET standards, but the big thing was it wasn’t close. LSU finally kept ownership of a double-digit lead it built on someone (it led by 16 in the second half at Texas) instead of frittering it away like an inheritance at the blackjack table.

I figure Wade would be good at counting cards. He’s a big believer in numbers and he quoted some of them by heart after Wednesday’s game. Among his favorites were the fact his Tigers were a brilliant 19 of 20 at the free-throw line while Bama was just 6 of 10. When Alabama shoots over 30 free throws it’s 5-1. Believe you me, Wade knew that one by heart.

“They still scored 80, but you’ve got to keep them from going to the free-throw line,” Wade said.

I have a theory that Wade can write a mathematical equation before every game that adds up to a precise path to victory. I still would rather give him a whirl at that card counting thing, though.

Does Wade talk numbers at his team when he’s not peppering them with salty language? It sounds like he knows when to stop before their eyes glaze over, as I fear yours may be doing now.

“I don’t explain everything,” Wade said. “But they know there’s a method to everything we do. We need to play better, be more efficient and do things at a higher level. Number one you’ve got to win, but you’ve got to win the right way. That’s the whole point.

“I thought our guys understood that (against Bama) and it showed.”

The win stretched LSU’s winning streak to nine — the Tigers' last loss was Dec. 21 at USC, a week before the football team's Peach Bowl rout of Oklahoma — and allowed them to put the icing on a perfect 8-0 January.

That’s quite a feat, especially taking round one off of Alabama, which was a nifty 10-3 after a 2-4 start. Bama with its SEC-best scoring and rebounding looked mighty dangerous. And it still will when LSU goes to Tuscaloosa on Feb. 15.

But this win gives LSU a great chance to be 9-0 when it goes to Auburn on Feb. 8. Ole Miss at home is next followed by a trip to Vanderbilt, struggling teams that are a combined 1-13 in SEC play.

Auburn signals a tough second-half of the SEC schedule with Kentucky at home and trips to Florida and Arkansas as well as Bama. But a second straight SEC regular-season title, something LSU hasn’t done since 1953-54, is becoming a more realistic goal.

If the Tigers play the numbers right.

“January is over,” Wade said. “February is going to get even tougher. We need to take that next step. That next step as a program.

“This was a good step tonight, but we’ve got to continue to show progress and growth.”

And study the numbers, Tigers. They will be on the final exam.

Rabalais: Remembering 'Pistol' Pete Maravich and the 50th anniversary of his brilliance

Most days, the doors to LSU’s John M. Parker Agricultural Coliseum sit locked tight while students rush past to their classes or Tiger fans st…