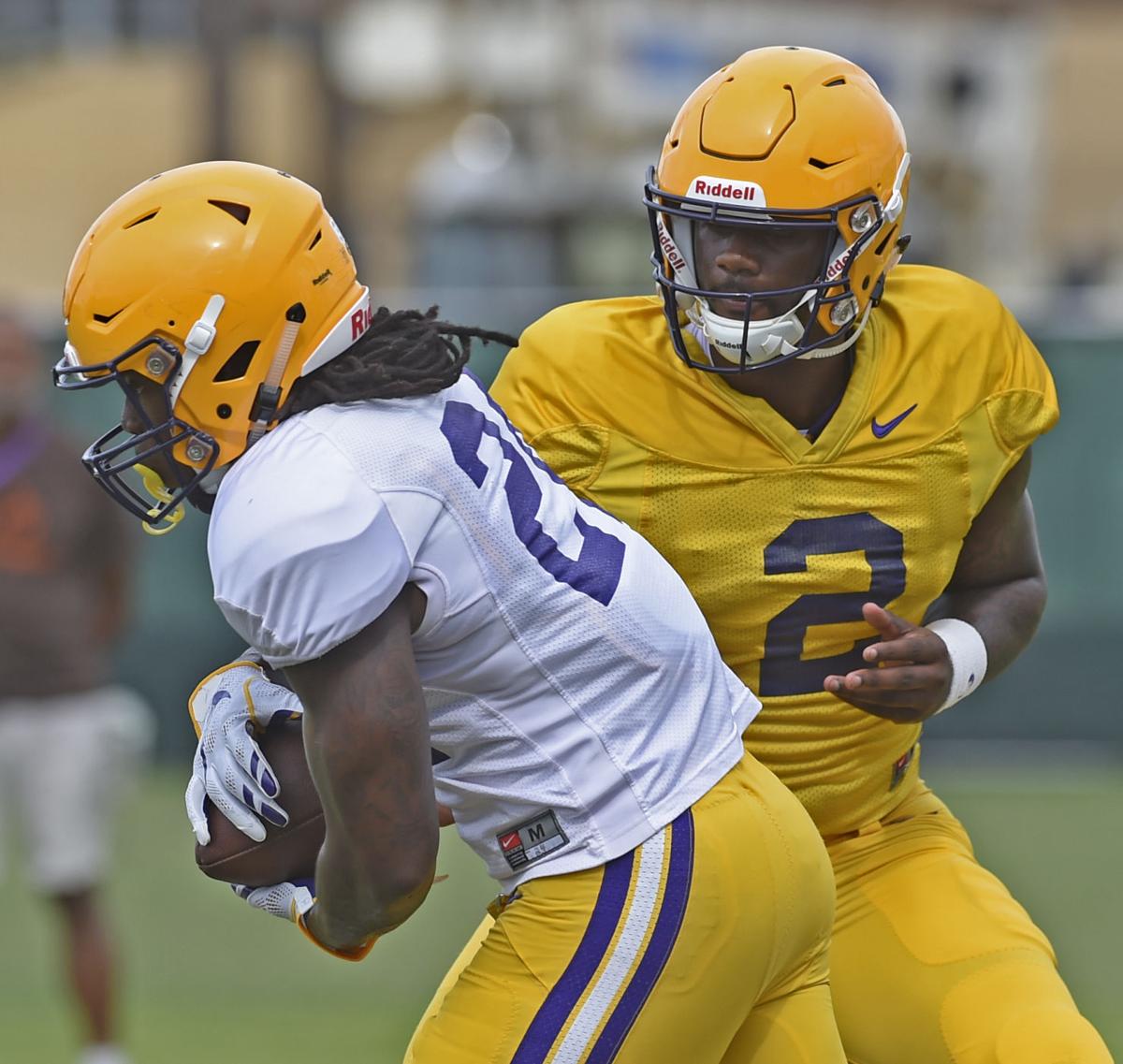 LSU quarterback Lowell Narcisse (2) hands the ball off to LSU running back Chris Curry (24) in a drill during fall practice, Thursday, August 9, 2018, at LSU's practice facility in Baton Rouge, La. 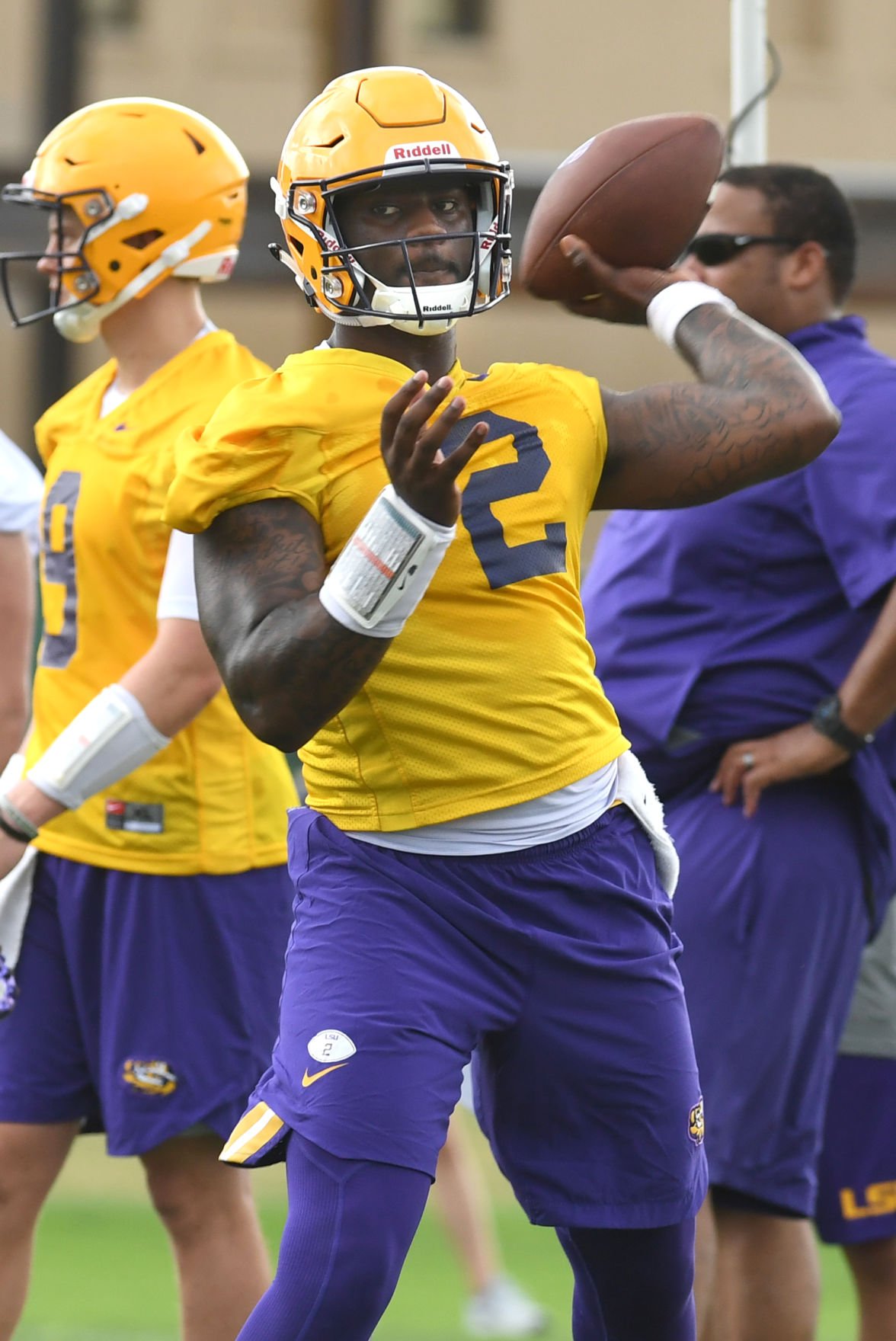 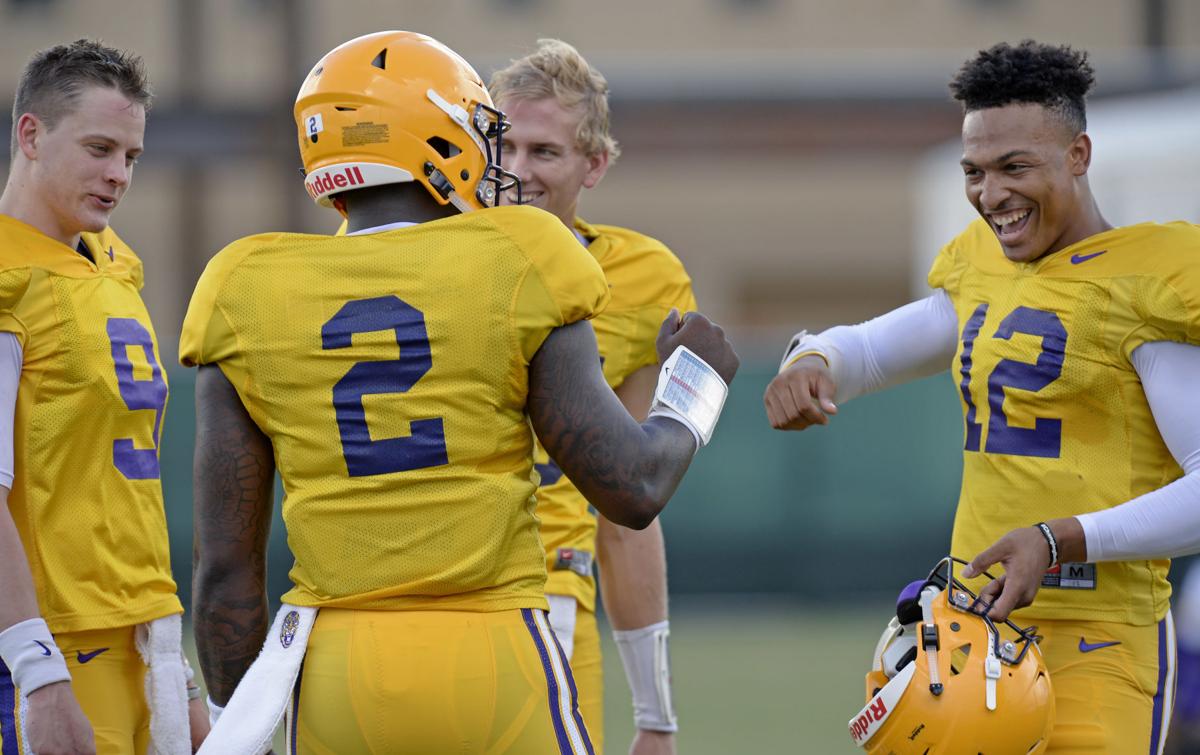 LSU quarterback Lowell Narcisse (2) hands the ball off to LSU running back Chris Curry (24) in a drill during fall practice, Thursday, August 9, 2018, at LSU's practice facility in Baton Rouge, La.

Redshirt freshman Lowell Narcisse bowed out of the LSU quarterback competition Tuesday night, announcing via Twitter that he was transferring from the program.

“After sitting down and talking with my family I’ve decided the best thing for my future is (to) transfer and get a fresh start,” wrote Narcisse, a 6-foot-2, 240-pound St. James High graduate who underwent two ACL surgeries in high school and never played at LSU.

A source told The Advocate that Narcisse made his decision following a meeting with coaches after Monday’s practice, and that he intends to play at Mississippi Gulf Coast Community College and re-open his recruitment in the spring.

In Saturday’s scrimmage, Narcisse was 6 of 14 for 122 yards and a touchdown.

Lowell Narcisse said announcing his transfer from his "dream school" in LSU was a difficult choice, but he had to do it.

Multiple sources also told The Advocate on Tuesday that junior Justin McMillan is also likely to transfer, which would leave LSU with two scholarship quarterbacks who collectively have not started in a football game.

UPDATE, Wednesday: Justin McMillan on Wednesday announced that he will also transfer from LSU, becoming the second quarterback in as many days to do so. Read more here.

Orgeron said at the start of spring camp that McMillan — a 6-3, 215-pound Texas native who has attempted one pass in his LSU career — earned his degree during the summer, which would make him eligible as a graduate transfer.

Narcisse and McMillan have been a part of the four-man quarterback battle during preseason camp that included sophomore Myles Brennan and Ohio State graduate transfer Joe Burrow.

Brennan, McMillan and Narcisse competed for the starting position during spring practice, and after no starter was declared, head coach Ed Orgeron and the coaching staff brought in Burrow during the summer.

Orgeron has repeatedly said during spring camp that Brennan has been playing his best football. The 6-5, 183-pound Mississippi native played in six games last season. He was 14 of 24 passing for 182 yards, one touchdown and two interceptions.

Burrow played in 10 games at Ohio State, where he passed for 287 yards and two touchdowns in two seasons.

Walk-ons Andre Sale and Jordan Loving are the other remaining quarterbacks on the roster.

Orgeron said at the start of preseason camp that even if McMillan and Narcisse did not win the starting job, the LSU coaching staff intended to use either of them in a wildcat package, “and we can use their skills.”

Narcisse was ranked the No. 9 dual-threat quarterback by 247Sports coming out of St. James with two separate ACL injuries.

The first time, Narcisse tore his ACL in the spring game leading up to his junior season, and he returned late in the season to lead St. James to the 2015 3A state championship game, which they lost 41-14 to Lutcher.

Narcisse’s announcement came exactly one year after quarterback Lindsey Scott announced that he was transferring from LSU.

Scott, a 5-10, 210-pound former Gatorade Louisiana Football Player of the Year, transferred to East Mississippi Community College before the 2017 season, led them to an NJCAA national championship and is now on the roster at Missouri as a third-year sophomore.

Narcisse’s departure continues a trend of LSU quarterbacks transferring. He is the 14th quarterback, among the 21 the school signed from 2005-18, to leave the program, be dismissed or change positions.

Note: Justin McMillan and Myles Brennan remain on the roster

Ed Orgeron did not name a starting quarterback after LSU’s first preseason scrimmage Saturday, and he made no indication that a formal announc…