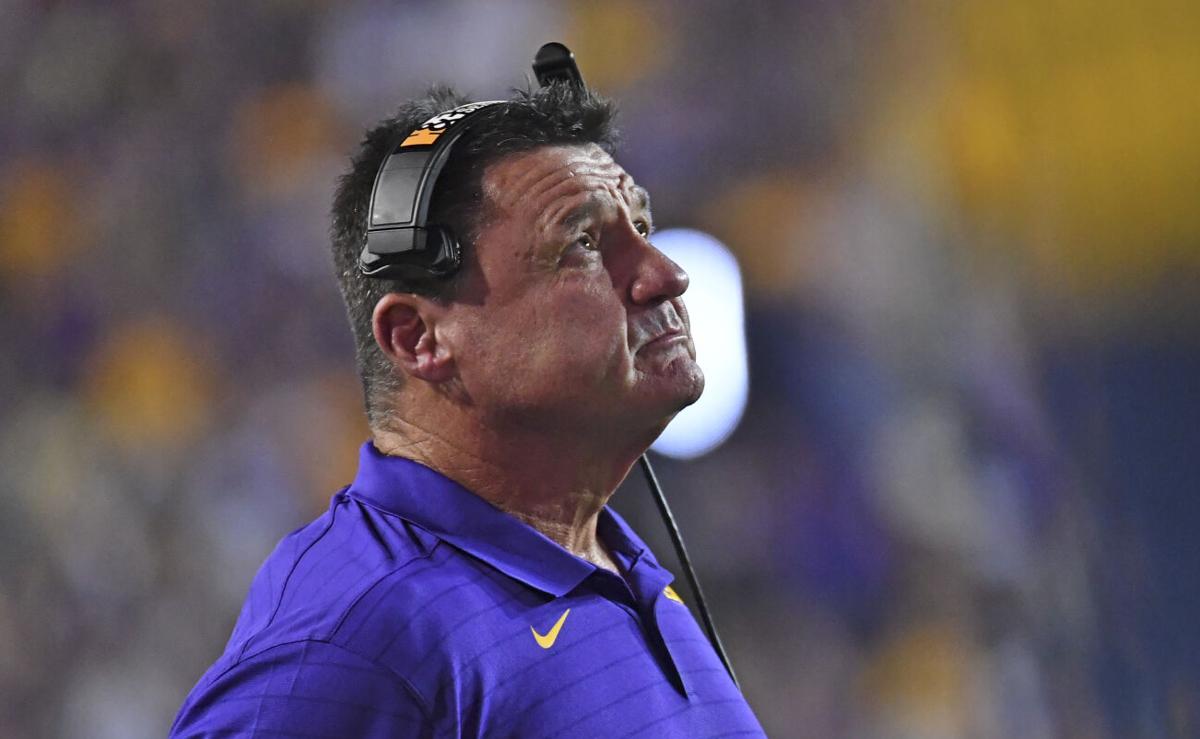 LSU head coach Ed Orgeron coaches in the second half of Auburn's 24-19 win over LSU, Saturday, October 2, 2021, at Tiger Stadium on the campus of LSU in Baton Rouge, La. 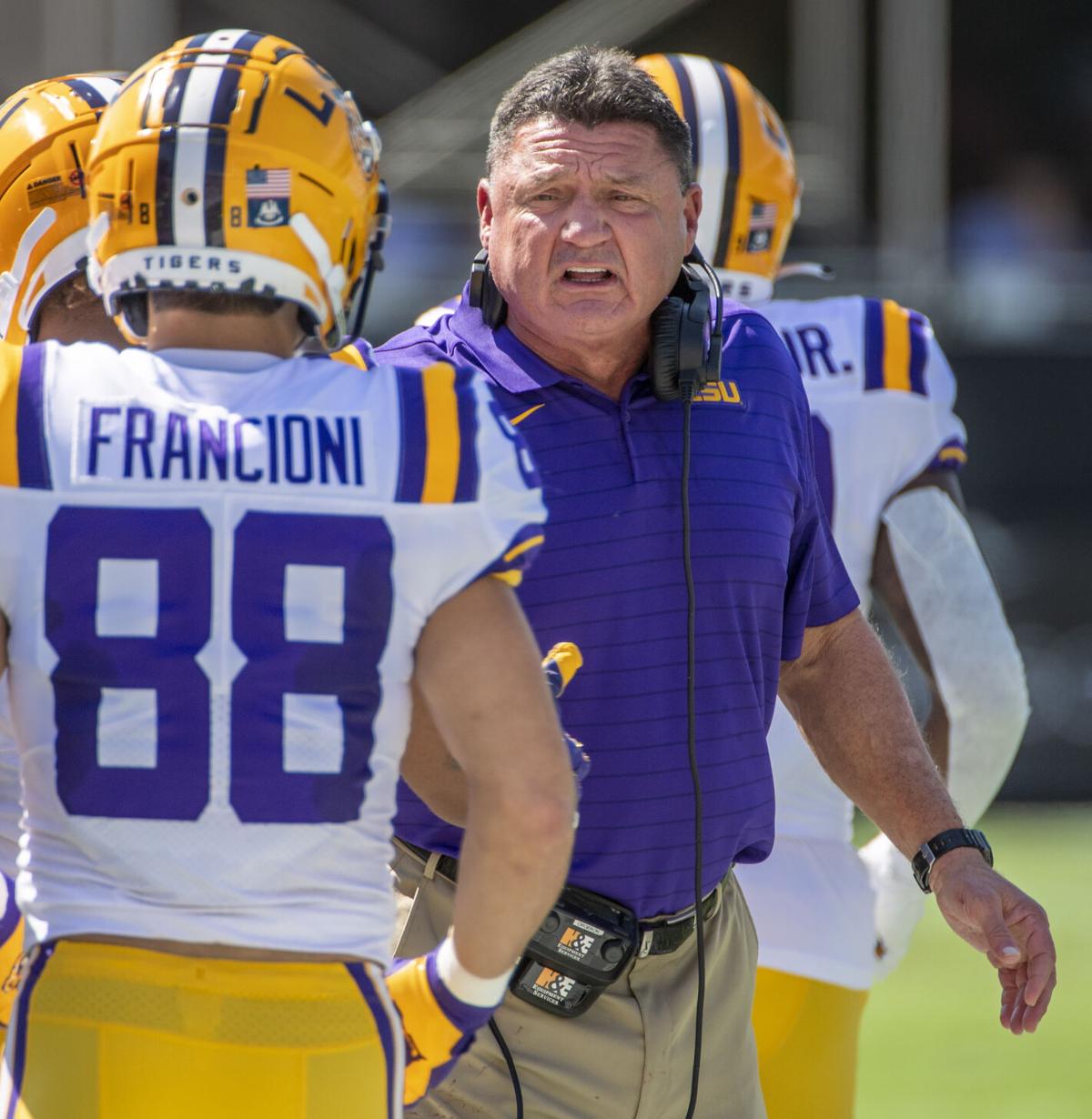 LSU head coach Ed Orgeron coaches in the second half of Auburn's 24-19 win over LSU, Saturday, October 2, 2021, at Tiger Stadium on the campus of LSU in Baton Rouge, La.

Banter between a coach and a fan isn't uncommon for LSU football coach Ed Orgeron at any point, let alone this season.

Fans will recall, for example, the Tigers' season-opening game Sept. 4 at UCLA, when the coach jawed with a UCLA fan and called the team's shirts "sissy blue."

Wednesday night, on his weekly radio show, Orgeron took the bait again — this time with a caller who wanted to troll him. The caller told Orgeron it was his sister's birthday, and when Orgeron asked where she was in the crowd, the next comment from the caller ultimately sparked a reaction.

"She is a little blonde-headed girl, so O, try not to have sex with her," the caller said.

The rest of the sentence was cut off, but as host Chris Blair tried to move on to talk about Saturday's game at Kentucky, Orgeron responded with a veiled threat to the caller.

Coach Ed Orgeron took responsibility for LSU's issues Monday as he answered questions about the loss to Auburn, the team’s lingering offensive problems and what must change before the Tigers face No. 16 Kentucky.

"You know, down the bayou, we got a nice little fishing hole for people like that," Orgeron responded.

This is not the first time Orgeron has used the "fishing hole" response during his tenure at LSU. For example: At a luncheon in 2018, before the Tigers' season opener against the Miami Hurricanes, a Miami fan asked: "How do you plan on beating such an amazing team with no weaknesses in Week 1?"

Rabalais: If Derek Stingley is done at LSU, he will be remembered for his fleeting greatness

It was in the final days of 2018 when the LSU Tigers gathered in a massive hotel ballroom in Scottsdale, Arizona, for their team media day in …

Orgeron responded: "You took a wrong turn on the interstate. I got a nice fishing hole in Louisiana. My buddies gonna take you fishing. Next question."

The response prompted laughter, and the audience (including the Miami fan) took it as a joke.

Exchange between a #Miami student and #LSU head coach @Coach_EdOrgeron Student - "How do you plan on beating such an amazing team in week one"? O - "You took a wrong turn on the interstate. I got a nice fishing hole in LA. My buddies gonna take you fishing, next question." pic.twitter.com/2rtNyFVvF0

As for this season, Orgeron and has team have other problems. Already off to a disappointing start, LSU must fix a punchless ground game and attempt to rebound from last week's tough 24-19 loss at home to Auburn.

The Tigers' next challenge: A 6:30 p.m. game against No. 16 Kentucky. LSU's schedule only gets tougher as the season wears on, with Southeastern Conference games against Florida, Ole Miss, Alabama, Arkansas and Texas A&M.

After the 2020 season, coach Ed Orgeron prioritized re-recruiting players who had the option to turn pro, particularly on the offensive line. …