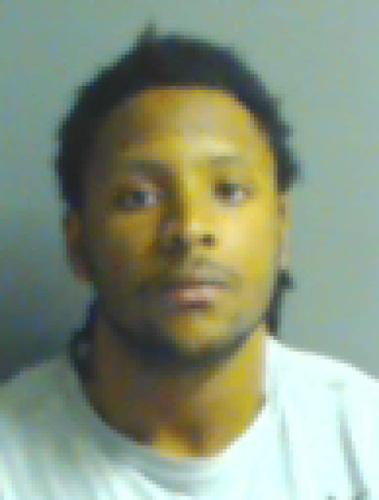 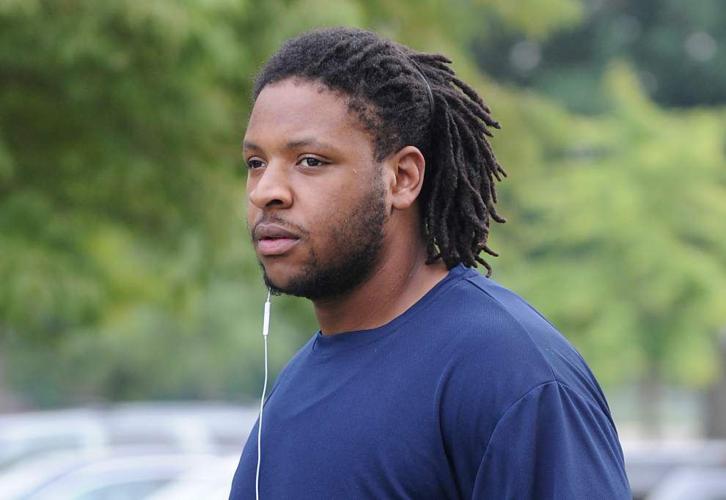 Jevonte Domond’s fiancée told a Baton Rouge judge Wednesday that she doesn’t fear the suspended, 6-foot-6, 310-pound LSU offensive lineman who was arrested Memorial Day on felony domestic abuse, and she needs him to help take care of their newborn baby.

The woman also told state District Judge Mike Erwin that she was not requesting a protective order against the 22-year-old Domond, who she twice sprayed with pepper spray during the Monday afternoon altercation with him.

Erwin set Domond’s bail at $3,000 on the count of domestic abuse battery with strangulation, and warned him that if he so much as looks at her wrong, Erwin will throw him back in jail.

Domond, wearing an orange prison jumpsuit, was represented in court by lawyer Marci Blaize, who declined afterward to discuss the specifics of the case.

“These are just really complicated situations,” she said.

Domond, who had been booked into the East Baton Rouge Parish Prison on Monday afternoon, was released early Wednesday evening.

Domestic abuse battery with strangulation, a felony, is punishable by up to three years in prison.

Domond has been suspended indefinitely from the LSU football team. He transferred to LSU from Glendale Community College in Arizona last summer and played in one game for the Tigers last season.

An East Baton Rouge Parish Sheriff’s Office report indicates Domond’s fiancée was leaning over the crib of their newborn baby when he “grabbed her from behind by the neck,” lifted her off the ground and dropped her. The woman told deputies she “began to lose consciousness” and “almost blacked out.”

At some point during the argument, Domond allegedly grabbed a bandana from his fiancée’s head. She then sprayed him with pepper spray, the report says.

The woman told deputies that Domond then picked her up and “slammed her on the couch.” She also told them Domond bit her on her hip, prompting her to spray him again with pepper spray, according to the report.

She drove to a Sheriff’s Office substation after the fight, and Domond followed her but did not turn into the substation parking lot when she did, the report states.

At least one person witnessed the fight, the report notes.

Domond told deputies that he “did not strangle the victim or bite her.” He said his fiancée “pulled a kitchen knife out on him and threatened to cut him” earlier in the day, the report says. When asked about the knife claim, the woman told deputies she did so in self-defense after he pushed her.

Domond told deputies that he lifted her up at one point to stop her from spraying him with pepper spray. He also said her hip injury was from a fall, not a bite.