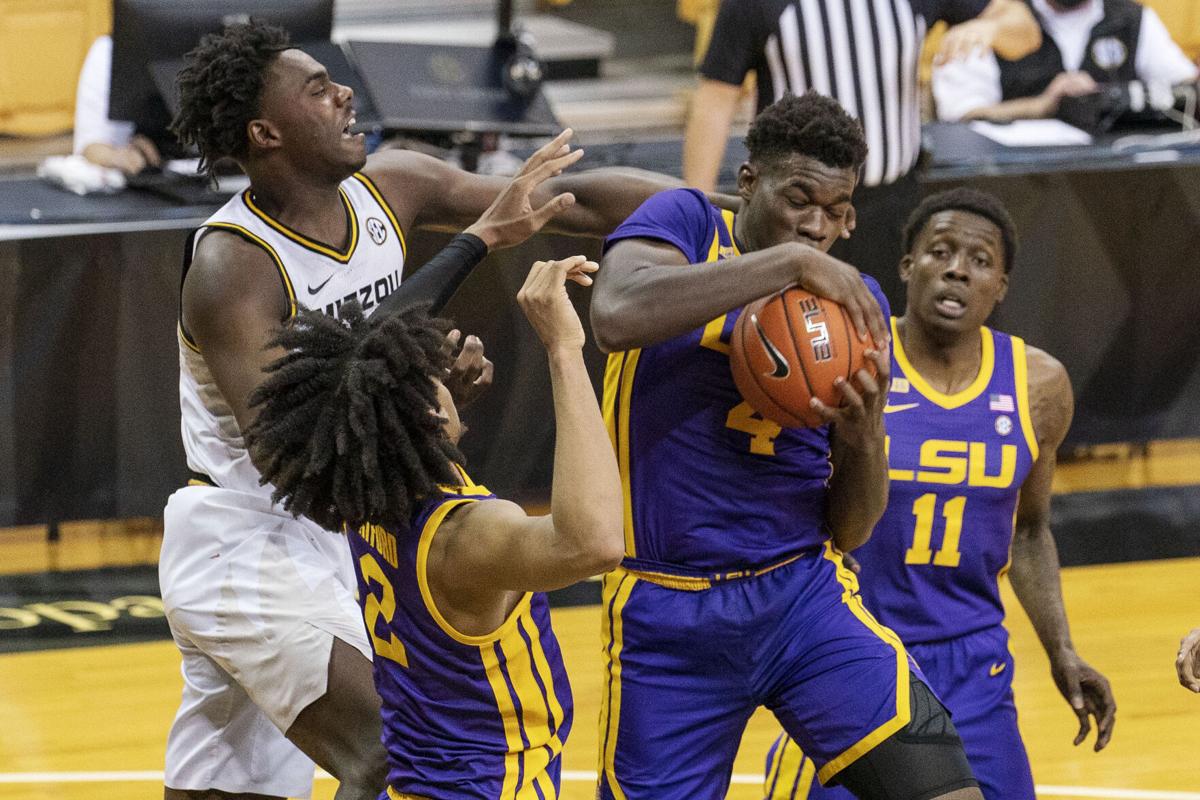 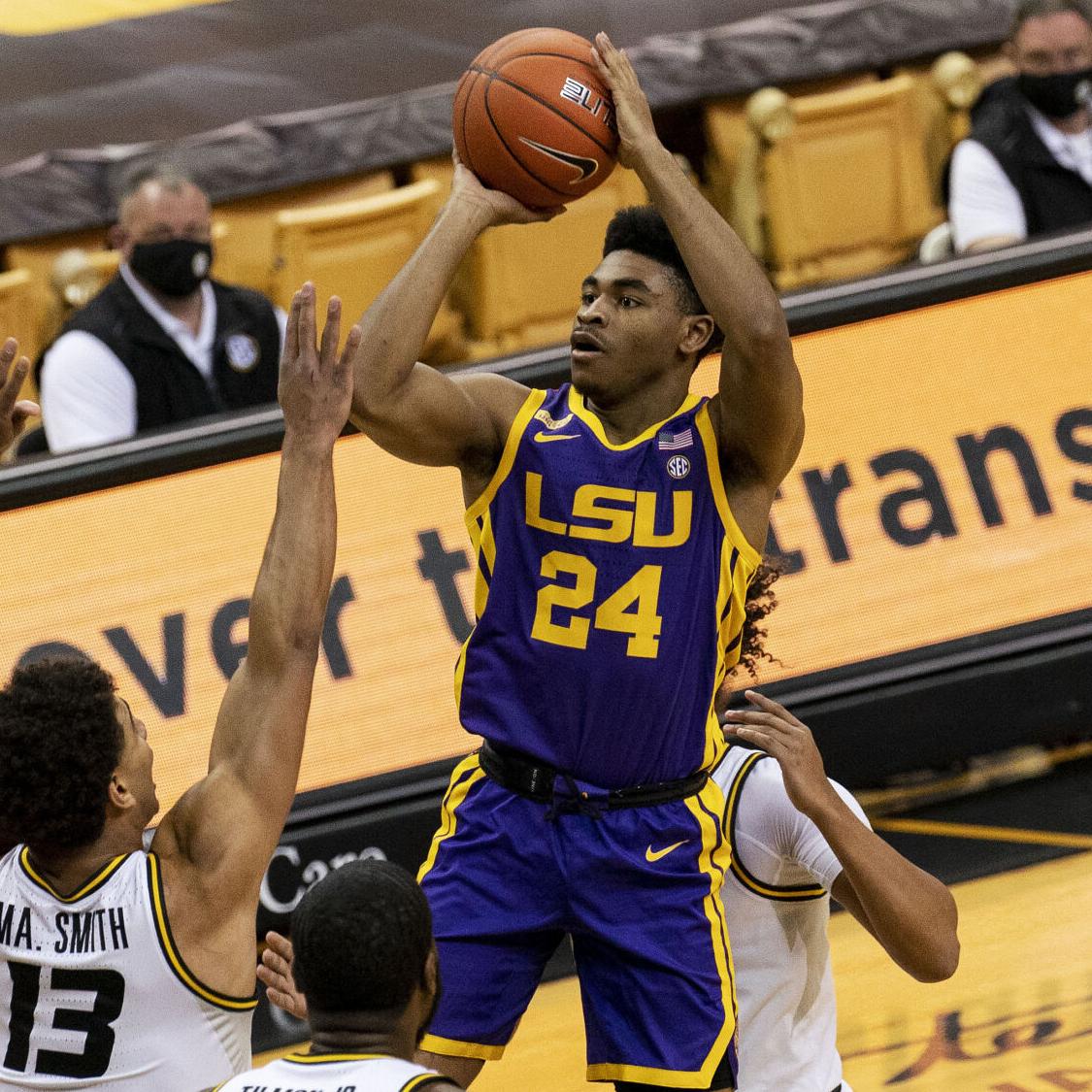 As the final seconds ticked off the clock in Saturday’s game at Missouri, no one dressed in purple and gold was happier than LSU’s Darius Days.

After fouling out and having to watch the final 3:06 play out in a seesaw game that featured nine ties and 11 lead changes, Days could smile even though he wasn’t on the court when the final horn sounded in Mizzou Arena.

With an opportunity to clinch the No. 3 seed for next week’s Southeastern Conference tournament, LSU was able to get it done in the six-minute game coach Will Wade often talks about and stresses to his team.

Cam Thomas and Trendon Watford were huge as LSU outscored Missouri 19-12 in the game's final 5:51 to take a hard-fought 86-80 win and some momentum going into the conference tournament.

LSU (16-8, 11-6 SEC) will next play in Friday’s quarterfinals against the winner of the second-round game between the No. 6 seed and No. 11 South Carolina.

The Tigers will tip off 25 minutes after the first game of the evening session that begins at 6 p.m.

“It was awful,” Days said of not being available in crunch time. “I talked to the guys after I came out with my fifth foul. I talked with Trendon and he brought the guys closer together; he basically said he had me.”

While it was agonizing, at least Days had a good seat to watch Thomas and Watford at their best in a clutch situation.

They combined for 17 of their team’s final 19 points with Thomas getting 10 and Watford seven — including the game-winning basket on a short jumper in the lane with 62 seconds left.

“That’s just something I work on every day,” Watford said. “I live for that moment and I’m just trying to make that bigtime play. My teammates kept me going, so it was a great win.”

His field goal snapped an 80-all tie after LSU watched an 80-76 lead slip away on Mwani Wilkinson’s Flagrant 1 foul against Missouri’s Xavier Pinson with 1:39 left to play.

Pinson made two free throws and Missouri (15-8, 8-8 SEC) got possession of the ball, which Mitchell Smith cashed in with an offensive rebound and layup with 1:20 left.

On the ensuing possession, the 6-foot-9 Watford worked his way inside and got a short floater to drop.

It put his team up for good and LSU’s defense did the rest when Missouri continued to fire and miss as it was 2 of 12 from the field in the final six minutes.

In that same span, LSU made all four of its shots from the field and dropped in 10 of 12 free throws.

While it looked bad, especially when Days went out, Thomas, who had a game-high 29 points, and Watford, who finished with 19, capably shouldered the load.

“We played through those guys quite a bit in the second half,” Wade said. “They both hit some tough shots. That's a big shot Trendon hit when they tied the game after the flagrant foul.

“He hit some really tough shots today, such a good player,” Wade said. “He's such a dynamic player. We try to give him the confidence to take those shots.

"He certainly works on them, but he hit some really tough shots.”

Thomas had his 10th consecutive game of 20 points or more. He reached that mark with 5:51 to play, hitting a jumper that gave LSU a 69-68 lead to ignite the late surge.

Javonte Smart chipped in 13 points for LSU and Days had 12 and a team-high nine rebounds before fouling out. Watford had eight rebounds to go with his 19 points.

“Good win, proud of our guys,” Wade said. “The six-minute game was really good. We got some stops and rebounds when we needed to.

"Wasn’t always pretty, but we found a way."

LSU vs. Oral Roberts, Sunday: Who's starting, how to watch, what to watch for

Who's starting, how to watch and what to watch for as LSU finishes its weekend series against Oral Roberts.