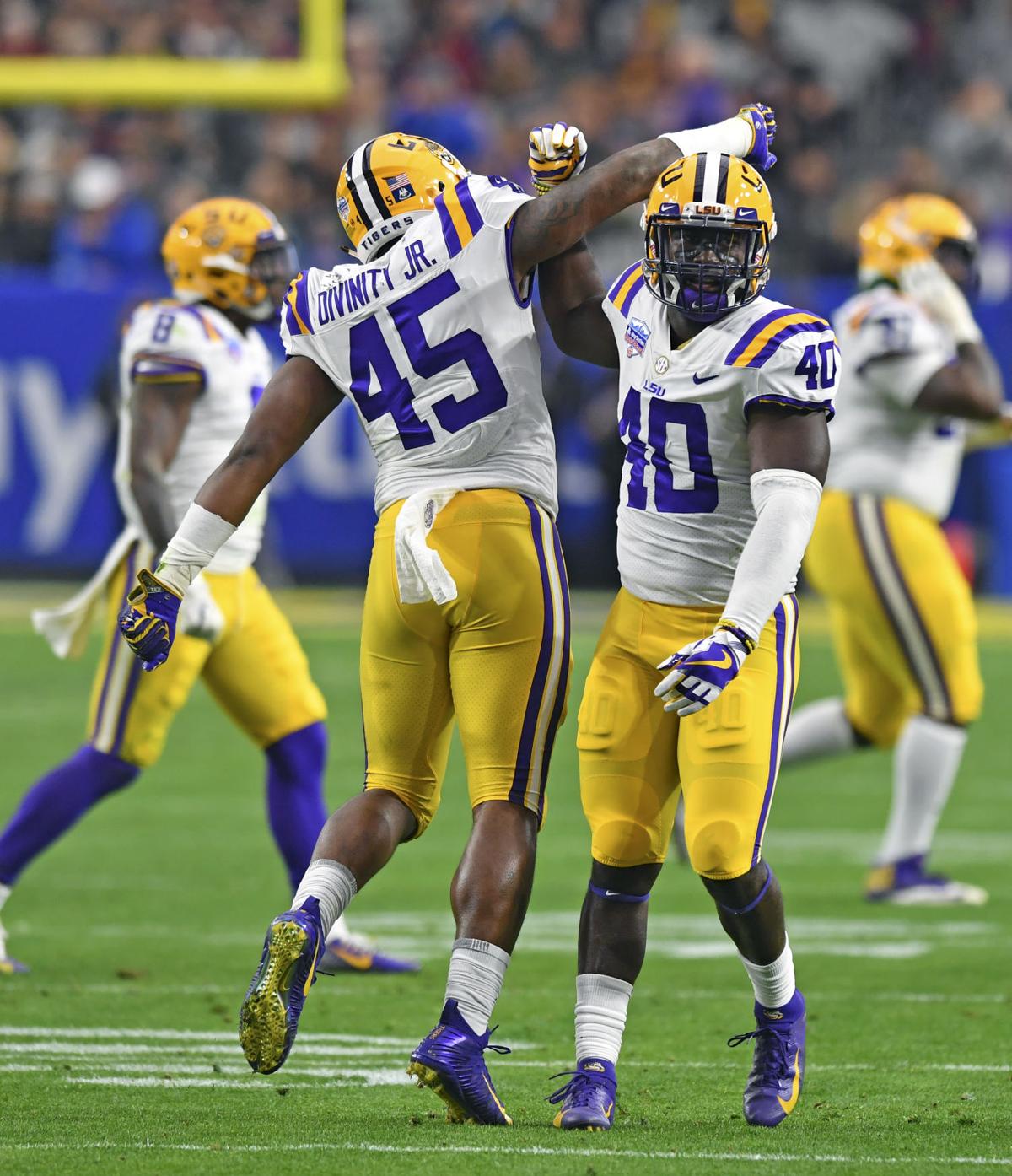 LSU outside linebacker Michael Divinity Jr. (45) and LSU linebacker Devin White (40) celebrate after the Tigers recover a Central Florida fumble in the first half of the PlayStation Fiesta Bowl, Tuesday, January 1, 2019, at State Farm Stadium in Glendale, Az. 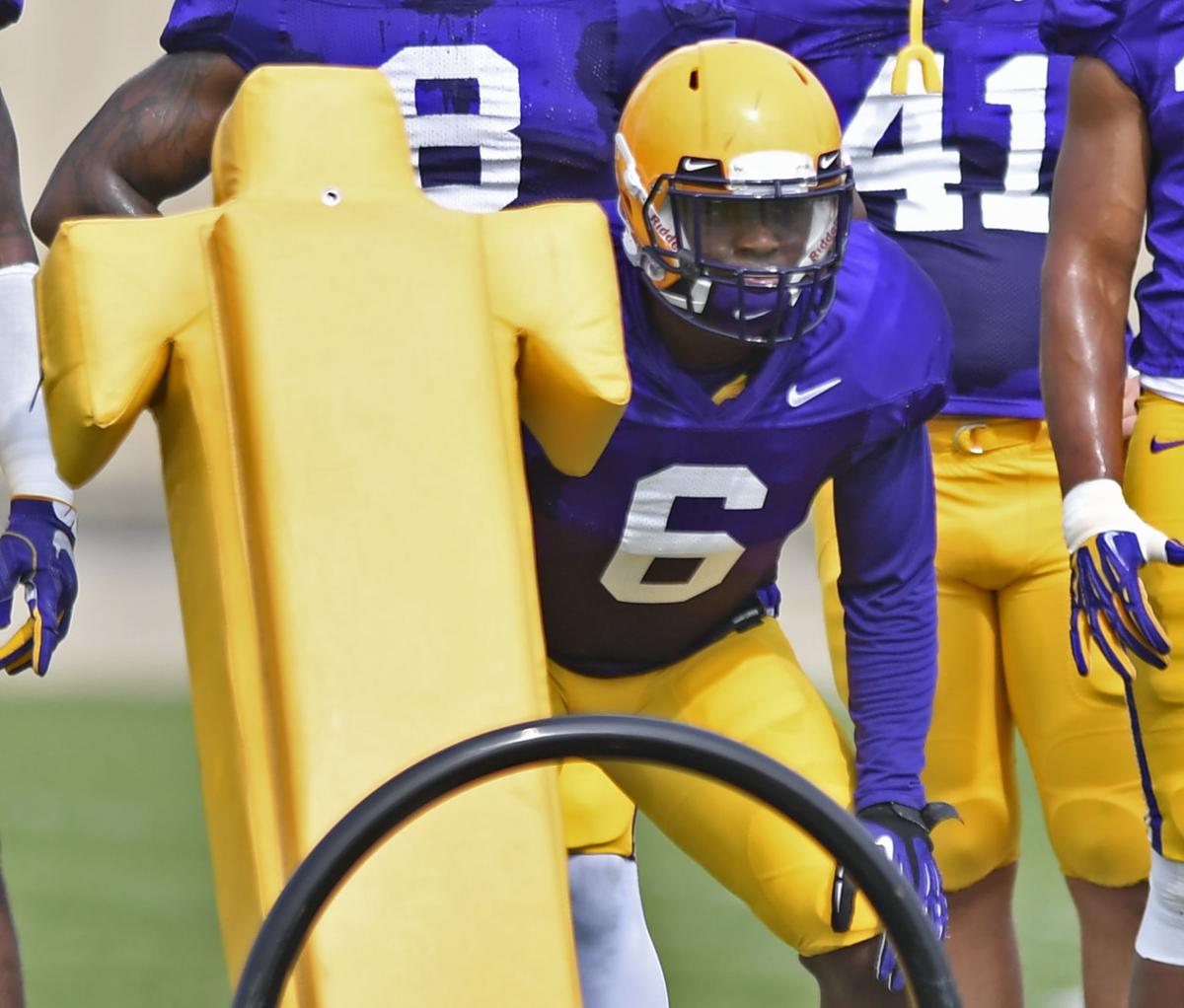 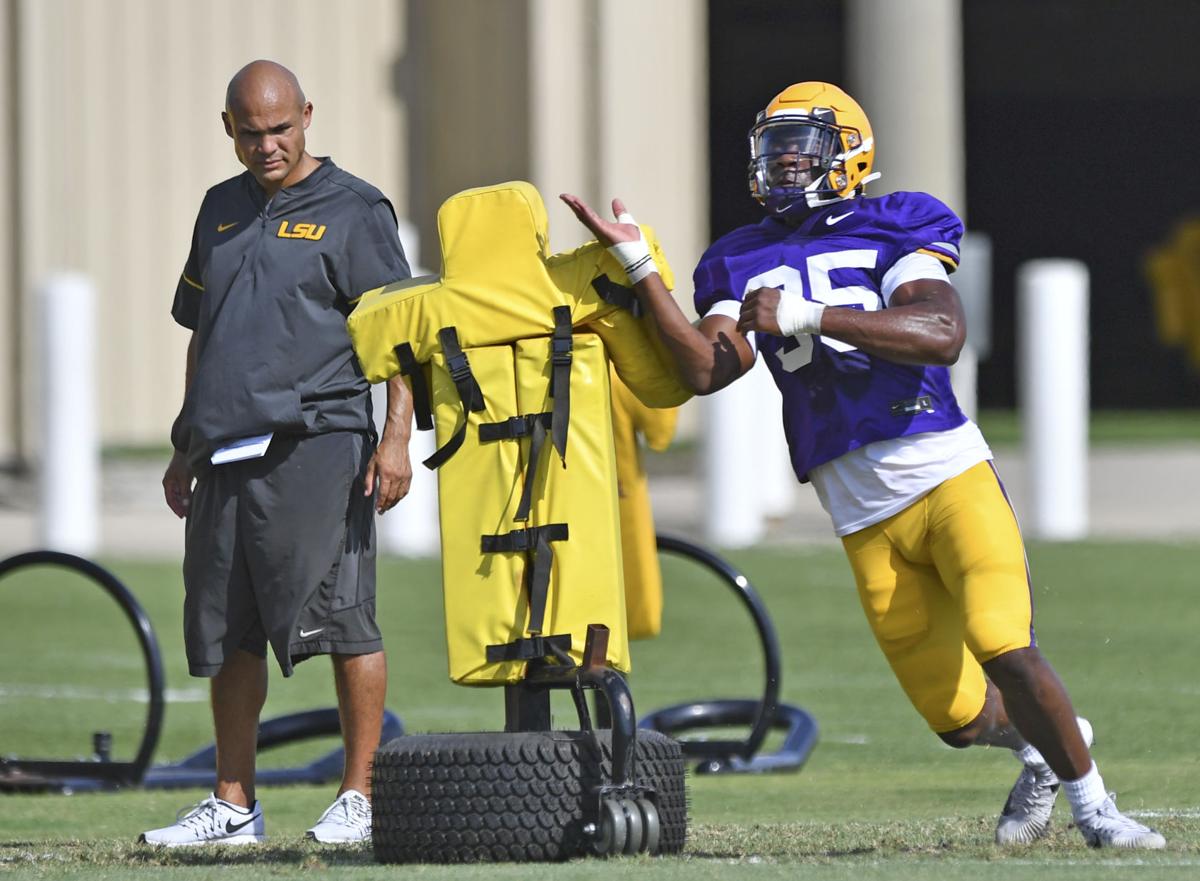 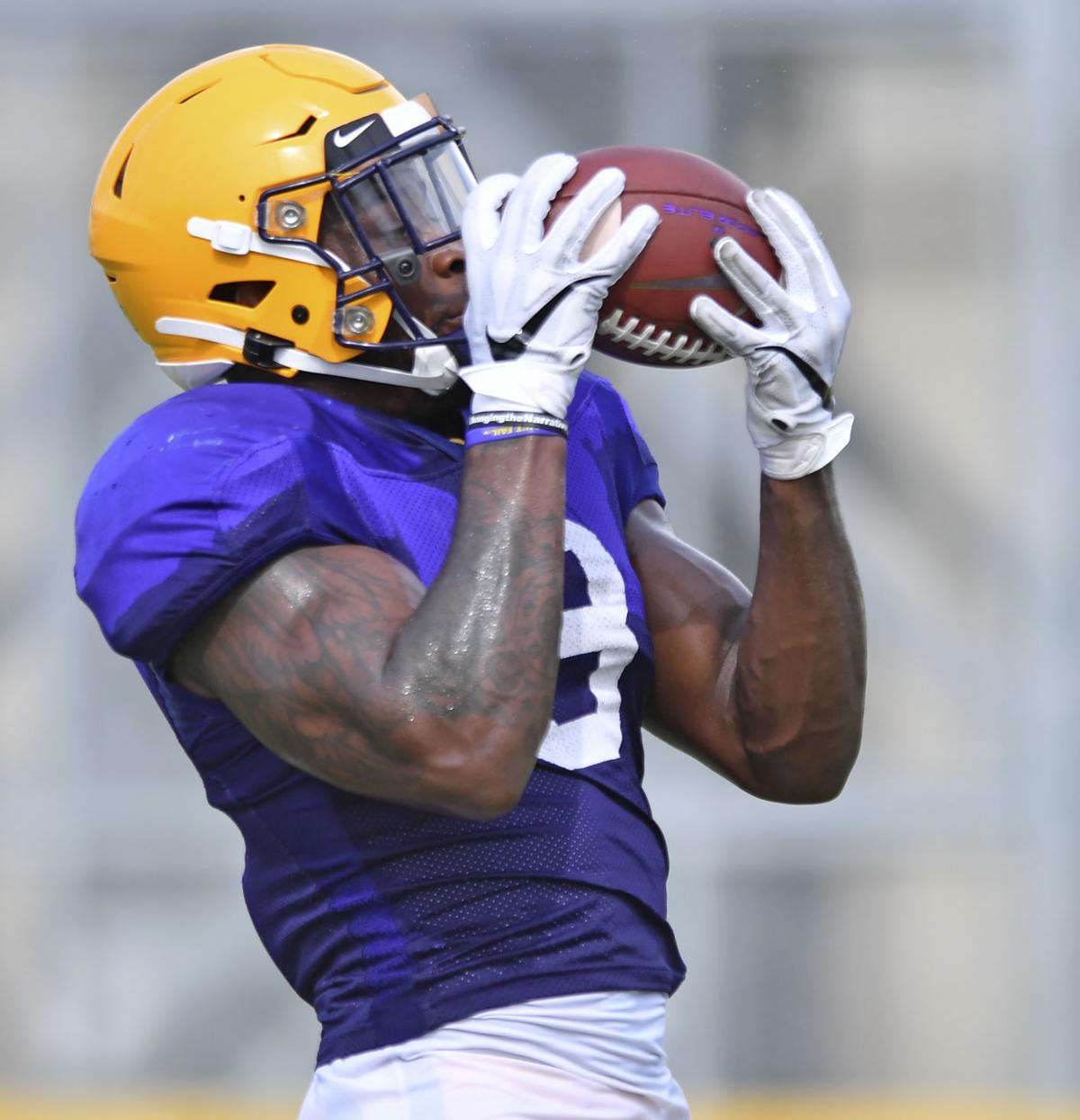 LSU outside linebacker Michael Divinity Jr. (45) and LSU linebacker Devin White (40) celebrate after the Tigers recover a Central Florida fumble in the first half of the PlayStation Fiesta Bowl, Tuesday, January 1, 2019, at State Farm Stadium in Glendale, Az.

During a practice last week, freshman running back John Emery grabbed a handoff. LSU’s defensive line created havoc in the backfield, but Emery cut his way through the line of scrimmage.

Inside linebacker Michael Divinity overran the play, leaving the middle of the field open. Emery ran past inside linebacker Jacob Phillips. He juked safety Todd Harris and took off, scoring an 80-yard touchdown.

Video of the play reached social media. While people marveled at the freshman’s run, Devin White saw a porous defense. He texted the D-Block, a group message filled with LSU defenders.

On Monday it was starting quarterback Joe Burrow and cornerback Kristian Fulton.

Though White forgoed his senior year at LSU, he has kept his relationships with the Tigers. He has answered questions on technique and helped analyze tape. He emphasized the importance of understanding the playbook, and he preached watching extra film.

White left a model for LSU’s linebackers. He won the first Butkus Award, given to the nation’s top linebacker, in school history. He went higher in the NFL Draft than any LSU linebacker before him — fifth overall to Tampa Bay.

“Watching his game and what he's done — he won the first Butkus for our school. With him setting that standard, we try to follow it every day.”

The Tigers are searching for White’s replacement at Rover, one of two inside linebacker positions, as they approach their first game. Divinity, who played outside linebacker last season, has filled the Mac position. Phillips, Queen and Damone Clark are competing at Rover.

About a month before preseason camp began, White called Phillips.

Phillips started next to White last season. Playing the Mac position, Phillips made 87 tackles, the second-most on the team. Phillips told White he wants to win the Butkus Award, and he gave a list of team-centered goals. Then White shared his dreams for his rookie season. They wanted to hold each other accountable.

Since he moved to Rover, Phillips has learned different coverages. He has adjusted to the other side of the defense and a position that requires him to call plays, a task White handled last season. White taught Phillips communication can never stop.

“Everybody's depending on you,” Phillips said.

Rabalais: A higher standard for targeting, but LSU players say it's still tough for defenders

When it came to football in Louisiana in 2018, the rules ruled. And not in a benevolent way.

When White sat for the first half of LSU’s game against Alabama last year because of a targeting penalty, Queen started in his place. Queen then started the last three games at outside linebacker.

As Queen readjusted to inside linebacker this year, he asked White for advice. Queen admired the way White shed blocks and made tackles, so he asked White if he relied more on his hips or his hands. White said his hips, teaching Queen he had to turn his body after he got off the block.

Queen made an impressive tackle on a toss play during practice this week, and coach Ed Orgeron said he’s having a “tremendous” camp.

“He’s not Devin White yet," Orgeron said, "but he looks like he is fitting in fine with the position.”

'His engine blew out': Breiden Fehoko returned a fumble in LSU's scrimmage -- until Myles Brennan caught him

Clark, a sophomore who played special teams last year, followed White throughout his freshman season. If White did something, so did Clark. He worked out with White. He did extra drills with White. Every time White added weight during a lift, Clark tried to match him.

Clark came to LSU physically capable of playing college football, but he needed to better understand the mental aspects of the game. He discovered if he played the wrong gap, he left a hole in the defense.

Clark has stood out during preseason camp. He has risen up the depth chart with a unique blend of size and speed, and Orgeron said Clark has played “phenomenal.”

LSU’s linebackers talk to White whenever they can. They consider him a brother, not just a former teammate. White has remained in their messages and Snapchat groups, even though he’s in the midst of his first NFL training camp.

Stephen Sullivan once slept under a highway bridge and bounced around homes throughout his adolescence, unable to find stability until high school. Last week, the tight end graduated from LSU, making him the first college graduate in his family.

“I know he still wishes he could be here,” Queen said.

Unable to play with them but still able to influence their development, White has answered the Tigers’ questions and watched their film. Everyone trying to replace him learned something from him.

Last month, the Butkus Award released its preseason watch list. Queen, Phillips, Divinity and outside linebacker K’Lavon Chaisson landed on it. White won the trophy last year. His predecessors want to keep it at LSU.

“We feel the standard he set here,” Divinity said. “We're trying to reach it.”