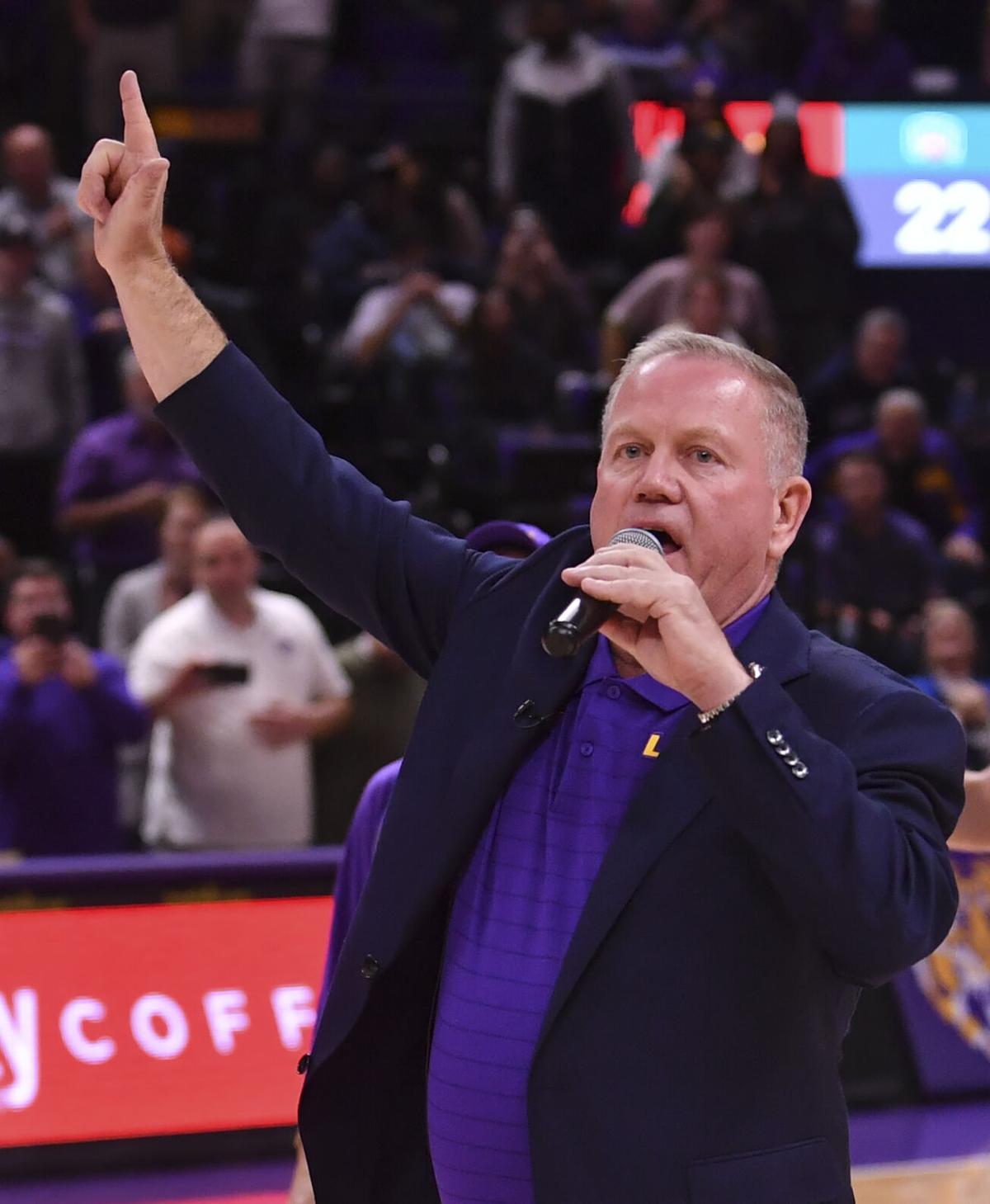 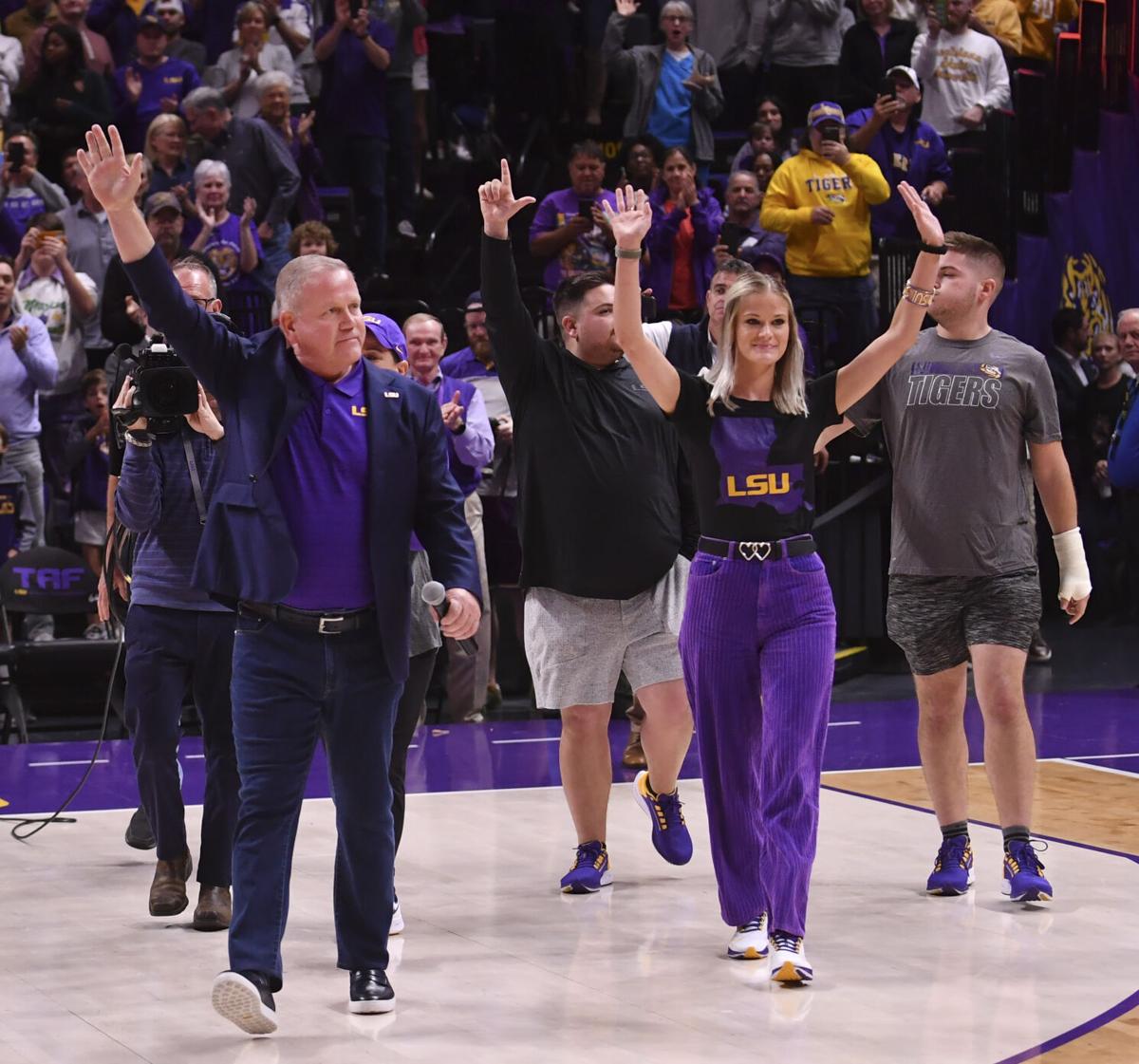 LSU football coach Brian Kelly, left, is introduced alongside his family during of the Tigers' men's basketball game against Ohio, Wednesday, December 1, 2021, at the Pete Maravich Assembly Center. 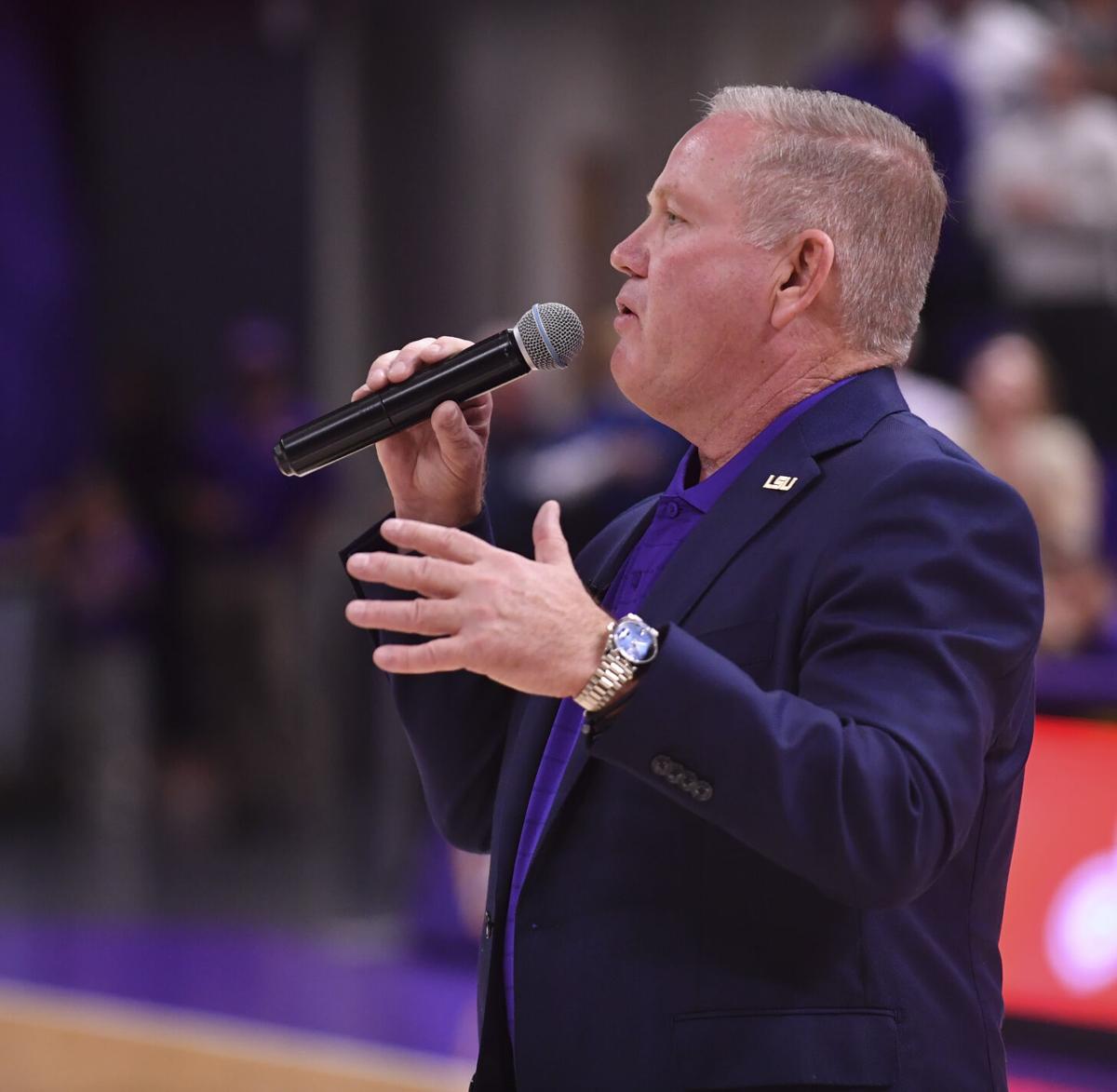 LSU football coach Brian Kelly, left, is introduced alongside his family during of the Tigers' men's basketball game against Ohio, Wednesday, December 1, 2021, at the Pete Maravich Assembly Center.

As he informed the crowd, he had some important work to do.

“I will tell you this,” Kelly said as he stood on the LSU logo at midcourt. “The greatest fans deserve an incredible football team. We will begin right this minute to put together the next national championship football team at Louisiana State University!”

Kelly’s words drew a thunderous roar from the season’s largest men’s basketball crowd so far, fans who gave Kelly a standing ovation as he walked onto the court in a blue sports coat draped over a purple LSU polo accompanied by his wife Paqui and their three children.

“It’s a great night to be a Tiger,” Kelly told the crowd. “I’m here with my family. We’re so excited to be in the great state of Louisiana, and more importantly to be with you great fans and to be part of what is going to be an incredible ride here at Louisiana State University.

“I know it’s basketball (season) and this is an exciting basketball team. But I can’t wait to get into Tiger Stadium next fall.”

Kelly spoke at his introductory news conference earlier Wednesday about embracing the high expectations at LSU, which has won three national championships under three different coaches since 2003. He spoke of them again in the PMAC.

“That’s the standard,” he said. “That’s the expectation. We knew that coming in. We don’t apologize for it. We know it’s hard work. We know there are great teams in the SEC. But this is LSU.”