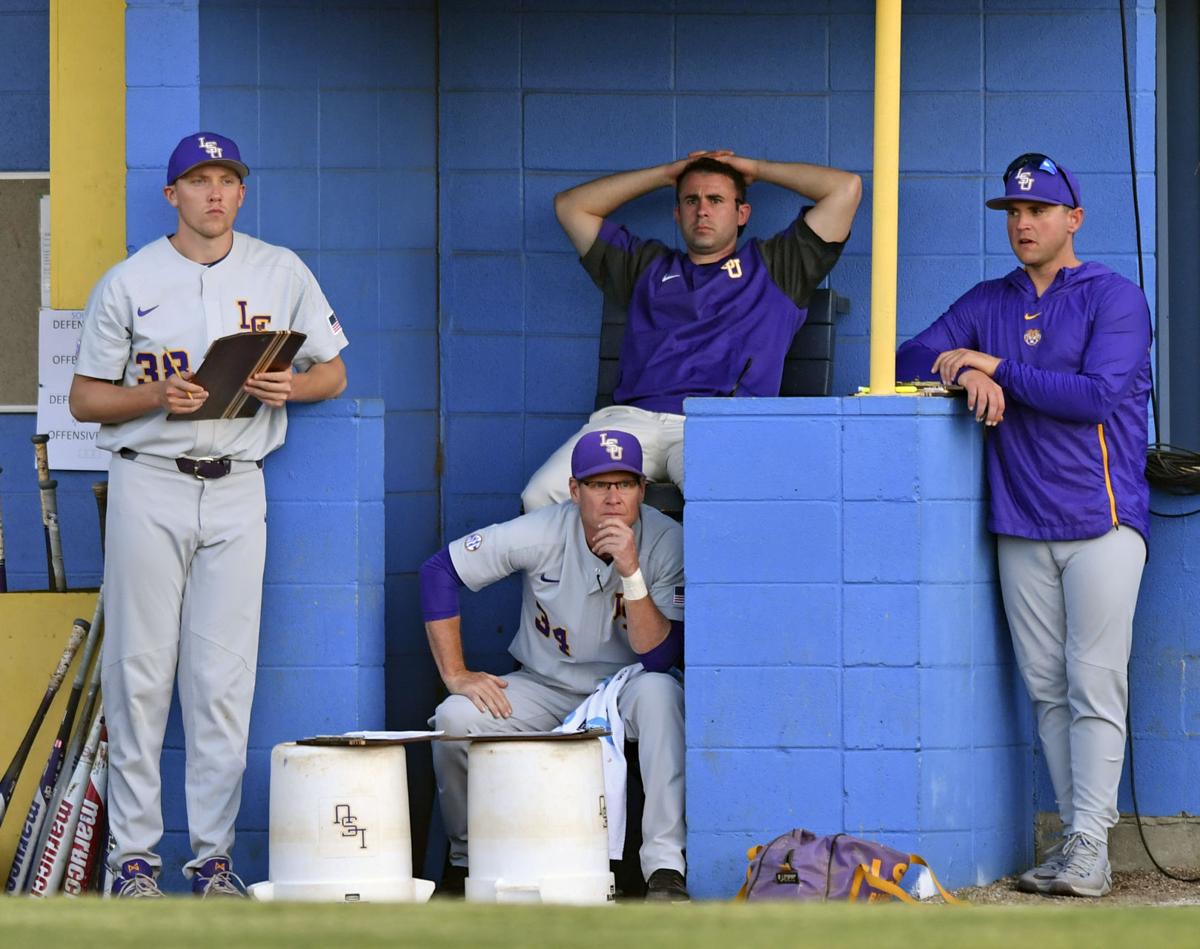 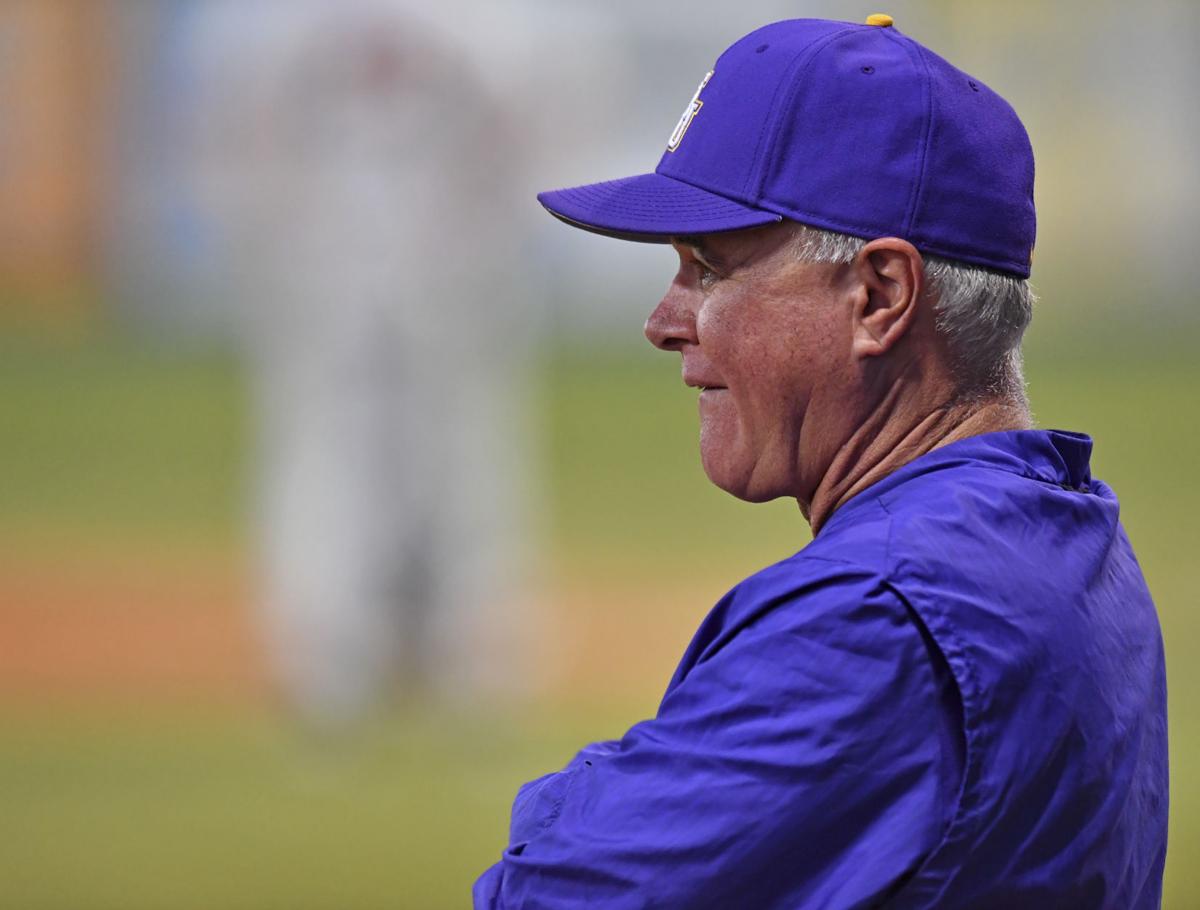 As Southern pitcher Eli Finney walked off the field for the final time Tuesday night, his teammates spilled out of their dugout. The fans cheered. One person held up a phone, recording the moment.

Finney shut down No. 8 LSU at Lee-Hines Field, leading the Jaguars to a 7-2 win, their first over the Tigers since 2005.

Southern, which lost by 13 runs when these teams last played, beat LSU for the third time in the 56-game history between the teams. Finney took a bid for a no-hitter into the seventh inning.

"From the second inning on, I would get random adrenaline chills in the dugout, behind the mound, between pitches," Finney said. "It was really exciting."

Southern improved to 18-15, while LSU (23-11) dropped its third midweek game this season. The Tigers have struggled, especially at the plate, during midweek games. Three days after scoring nine runs against Texas A&M, they recorded two hits against the Jaguars .

“We had a good batting practice,” coach Paul Mainieri said. “We had a good practice yesterday. It's hard to figure out. Sometimes ...”

“Sometimes guys hit good and sometimes they don't. I don't know what else to say.”

For LSU, the game was supposed to highlight the return of Landon Marceaux. Sidelined by arm soreness, the freshman hadn't pitched in almost three weeks.

But as Finney shut down LSU's offense, Marceaux took the loss. Unable to command his fastball, he gave up four runs in the first inning.

After the leadoff batter reached on an infield single, Marceaux issued two walks, loading the bases.

Then Jaguars first baseman Coby Taylor drove in two runs with a double off the wall in center field. Second baseman Willie Ward singled to bring in another two runs. At that point, Finney said, the Jaguars believed they could win.

After giving up another run in the second inning, Marceaux walked through the dugout, removed his hat and wiped his forehead in the aftermath of a disappointing return.

“I felt ready,” he said. “I was well-prepared coming in. I was confident. I was ready to go.”

After months of arm soreness, LSU pitcher Ma'Khail Hilliard is feeling like himself again

After months of soreness, LSU pitcher Ma'Khail Hilliard feels like he did as a freshman.

While Marceaux gave up five hits over 1⅔ innings — LSU planned for him to pitch two innings — Finney went six innings without allowing a hit.

At one point, Finney, who entered the game with an ERA just under 7.00, recorded six strikeouts in the span of seven batters. All but two LSU starters struck out once.

Third baseman Chris Reid thought LSU had the right approach for the game. But the Tigers didn't execute, and Finney kept his opponents off balance.

Designated hitter CJ Willis broke Finney’s no-hitter in the seventh inning. With one out and Cade Beloso on base after a walk, Willis doubled to right field.

Beloso scored on a sacrifice fly, cutting Southern’s lead to 5-1, but any attempt of a comeback ended there.

Finney ended the seventh inning, his last, without allowing another run. He strode off the field to the sound of cheers, into a crowd of his teammates.

When it all ended, Southern celebrated while LSU knocked the dirt off its cleats.

"I've had big moments," Finney said, "but this one ranks above any other moment in my life."

Landon Marceaux set for return vs. Southern; adds to the growing health of LSU's pitching staff

Freshman Landon Marceaux will pitch for the first time in almost three weeks.