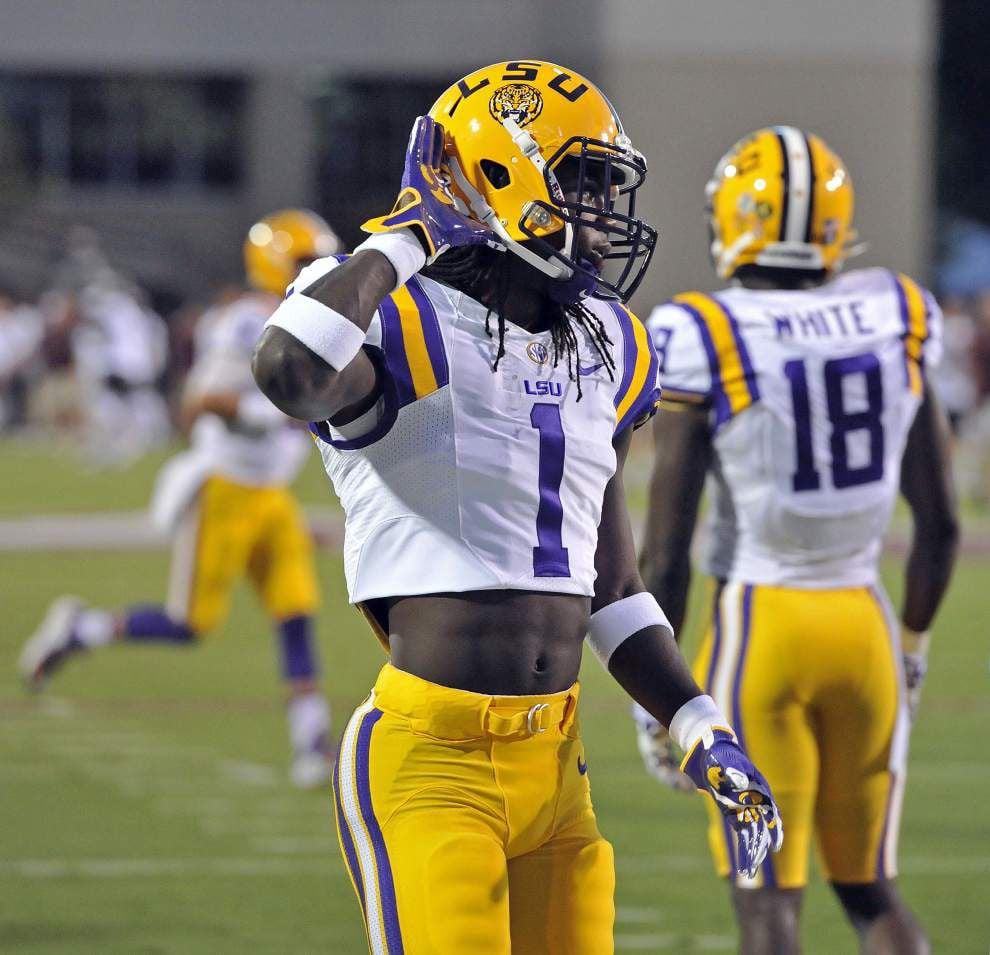 Advocate staff photo by BILL FEIG -- LSU defensive back Donte Jackson (1) acts like he can't hear the cowbells during warmups before the game Saturday, Sept. 12, 2015 in Starkville. 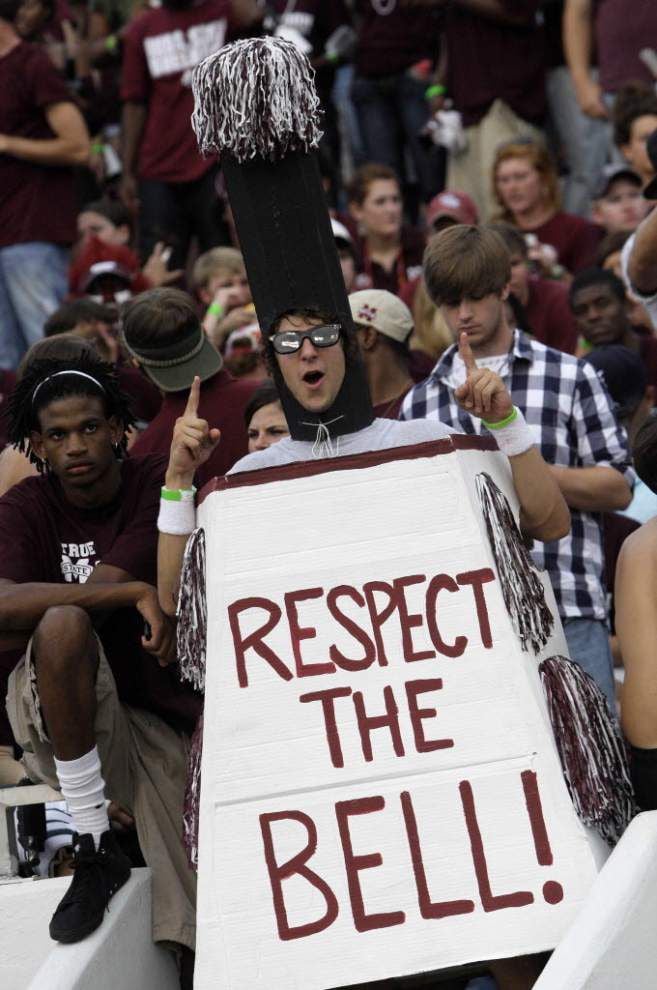 According to the Mississippi State website, the cowbell tradition dates back to the late 1930's and early 1940's (Associated Press)

Danny Etling’s experience with cowbells is singular — a cowbell.

During youth football, one of his teammates’ mothers rang a cowbell during games. The teammate turned to Etling's rival when they attended different high schools — Etling to South Vigo High and his friend to North Vigo High, both in Terre Haute, Indiana.

That cowbell noise didn’t go away. She’d even bang on it the old-fashioned way, hitting it with a drumstick like the infamous "Saturday Night Live" clip featuring Will Farrell.

“Whenever we played (North Vigo), I could hear the cowbell and her yelling,” Etling said. “That’s the extent of the cowbell — one cowbell.”

LSU and its senior quarterback are preparing to hear many more Saturday night during the Southeastern Conference opener at Mississippi State.

The No. 12 Tigers (2-0) meet the Bulldogs (2-0) at 6 p.m. at Scott Field in Starkville, an unusual environment that features the metallic banging of thousands of cowbells. Mississippi State fans hold dear their tradition of bringing — and ringing — cowbells during football games.

The ringing of the cowbells — deemed by some as artificial noisemakers — is restricted by the Southeastern Conference. Fans are prohibited from ringing the bells “from the time the offensive center is over the football until the play is whistled dead,” the SEC rule reads.

That doesn’t help out LSU F-back JD Moore and the rest of the LSU offense.

“Even though they’re not allowed to use the cowbells during the time of play, all of our communication goes on during pre-snap,” Moore said Monday. “So it still has a big effect.”

Arden Key is back.

Coach Ed Orgeron joked last Saturday that he’d have a “couple of guys ring some cowbells” at practice this week. The actual way he’ll prepare his team involves a half-dozen speakers sitting on a John Deere tractor, all of them blaring the opposing team's fight song and crowd noise. This week, it will also include cowbell noise, he said.

This isn’t something exclusive to this week. Orgeron did this last season as LSU’s interim coach. His teams are 2-0 in road games, winning at Arkansas and Texas A&M last season by a combined score of 92-49.

This team is different: It’s much, much younger. The Tigers start as many as four true freshmen, and they rotate another half-dozen. In all, they’ve played a nation-leading 20 rookies through two games.

Cornerback Kevin Toliver, now a junior, knows what the freshmen can expect. He experienced the cowbell noise as a rookie in 2015.

The rocking road trip is not likely to make mending LSU’s penalty problem any easier.

The Tigers have committed 10 pre-snap penalties in two friendly environments: the Superdome and Tiger Stadium. The list includes four offsides, three false starts, two illegal shifts and a delay of game. The offensive line has committed six of the 21 total flags thrown on the Tigers over the first two weeks.

Center Will Clapp and his crew will need to avoid the penalties, this week surrounded by 60,000-plus cowbell-toting fans.

“Just getting lined up faster as a group, the O-line getting out there quicker,” Clapp said explaining the fixes. “Everybody being in sync and making sure everybody is set before we snap it.”

Offense is Orgeron’s biggest concern on the first true road test of his inaugural season. First-year offensive coordinator Matt Canada has several “techniques” he uses on the road, the coach said.

What are those? Moore reveals a few.

“We’ll operate in different ways, sometimes a silent cadence,” he said. “Sometimes getting the play-calls, you just ... everybody gets real tight and Danny yells real loud. (We've) got to be sure we’re communicating well this week.”

Etling will be introduced to what multiple cowbells sound like, while throwing behind a true freshman right guard and operating a new offense on the road for the first time.

The root of State's cowbell tradition dates to the 1930s, according to stories published in the Jackson (Miss.) Clarion-Ledger. The Bulldogs handily won a game against rival Ole Miss some 80 years ago after a jersey cow wandered onto the playing field. Students adopted the cow and cowbell as good-luck charms, the newspaper reported.

Cowbells were banned at State football games from 1974-2010, though that didn’t completely stop fans from ringing the noisemakers. That irritated opposing coaches and administrators, leading to the so-called “cowbell compromise” in 2011 among league members. School presidents voted for a change to the artificial noisemaker policy to allow cowbells to be rung at certain times.

LSU is getting back Arden Key, but coach Ed Orgeron is unsure on another defensive starter.

'We knew we were gone': Orgeron returns to Starkville, where infamous decision cost him Ole Miss job

On Saturday, Connor Culp experienced what it’s like to be hugged by Ed Orgeron.

Why cowbells? And what are the rules for Mississippi State fans who insist on ringing them?

Yes, there will be cowbells.

Wednesday practice sessions for the LSU football team may be the most competitive of the week’s preparation for the next game.

Leonard Fournette on LSU star Derrius Guice: I believe he can be the No. 1 pick in the NFL draft