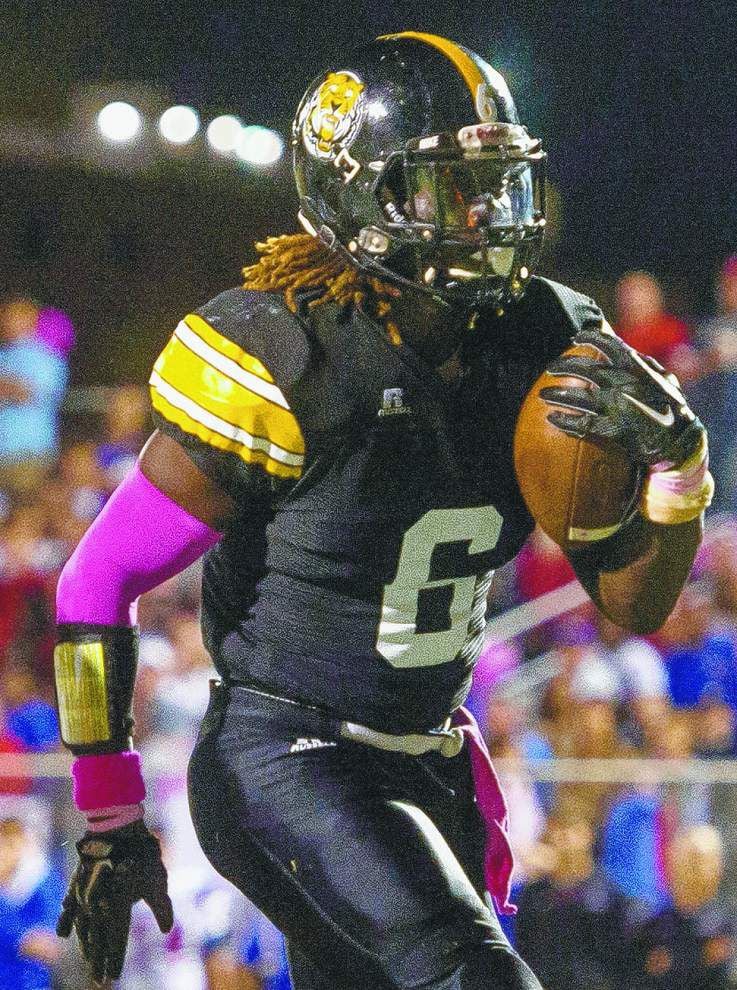 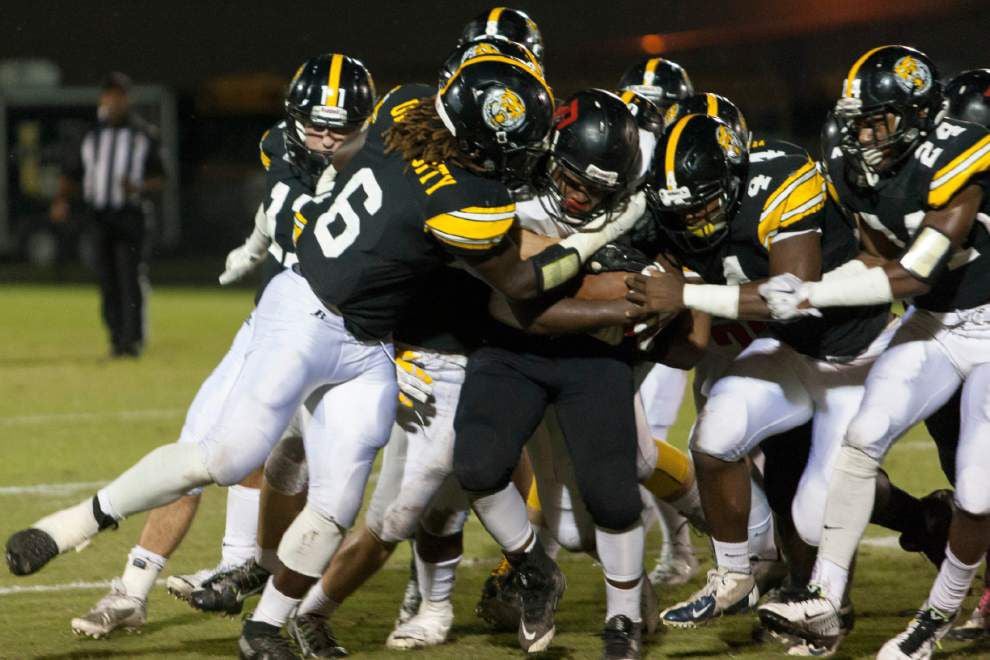 Advocate photo by BRIAN ROBERTS -- U High LB Dylan Moses (6) and a pack of Cubs tackle a Donaldsonvile player at the Donaldsonville High School vs University high School game at U High's Jeff Boss field on November 5, 2015

Advocate photo by BRIAN ROBERTS -- U High LB Dylan Moses (6) and a pack of Cubs tackle a Donaldsonvile player at the Donaldsonville High School vs University high School game at U High's Jeff Boss field on November 5, 2015

Dylan Moses is taking his talents to Florida.

Moses, the nation’s top-ranked 2017 prospect and a one-time LSU commitment, is transferring from University High to IMG Academy in Bradenton, Florida, he announced on Twitter on Thursday.

Moses, a 6-foot-2, 220-pound linebacker/running back, called the decision the “toughest of my life” in a four-sentence post on the social networking site. Moses was committed to LSU for nearly two years before he pulled his verbal pledge in August.

The five-star rising senior is ranked No. 1 in the state and the nation and has offers from more than 20 schools, including Alabama, Florida State, Texas and Southern Cal.

Moses will join a host of highly touted players at IMG Academy, located just south of Tampa. IMG is a magnet for highly recruited athletes such as Moses. The boarding school specializes in training and tutoring athletes in preparation for college.

Moses becomes the second No. 1 Louisiana recruit to transfer to IMG in the past two years. Quarterback Shea Patterson left Shreveport’s Calvary Baptist for IMG over the summer and played there during his senior season.

The main reason for Moses’ decision is academic, said a source close to the player. IMG is allowing him to graduate early. Moses is expected to graduate next December and then enroll in a college for the spring semester — something many high school stars are doing these days. University High does not allow players to graduate early.

Injuries sidelined Moses, who was voted the District 6-3A Defensive MVP, for two games as a junior. He still finished with 104 tackles, eight tackles for loss and two forced fumbles. U-High won the 6-3A title and advanced to the Division II select semifinals, where it lost to eventual state champion Parkview Baptist, a 6-3A rival.

“I’d heard rumors about it (Moses’ transfer), so I asked about it last week and was told it wouldn’t happen,” Mahaffey said. “Dylan met with me (Thursday) after school and told me he was planning to transfer. It’s a choice, and I’m sure there was a lot to weigh and consider.

“Under the circumstances, I suppose it’s best that it happened now as opposed to later on. We wish him the best.”

The tweet said, “The best is yet to come @IMGAFootball.”

Moses thanked the University High and the staff there saying, “Today I have made the toughest decision of my life. I have decided to leave the school that has helped mold me into the person I am today to further prepare me for the future. I want to thank the University Lab Administration, Staff and Coaches that have helped me succeed as a student-athlete. So with that being said, I’m transferring to IMG Academy to finish out the remainder of my high school career. Thank you.”