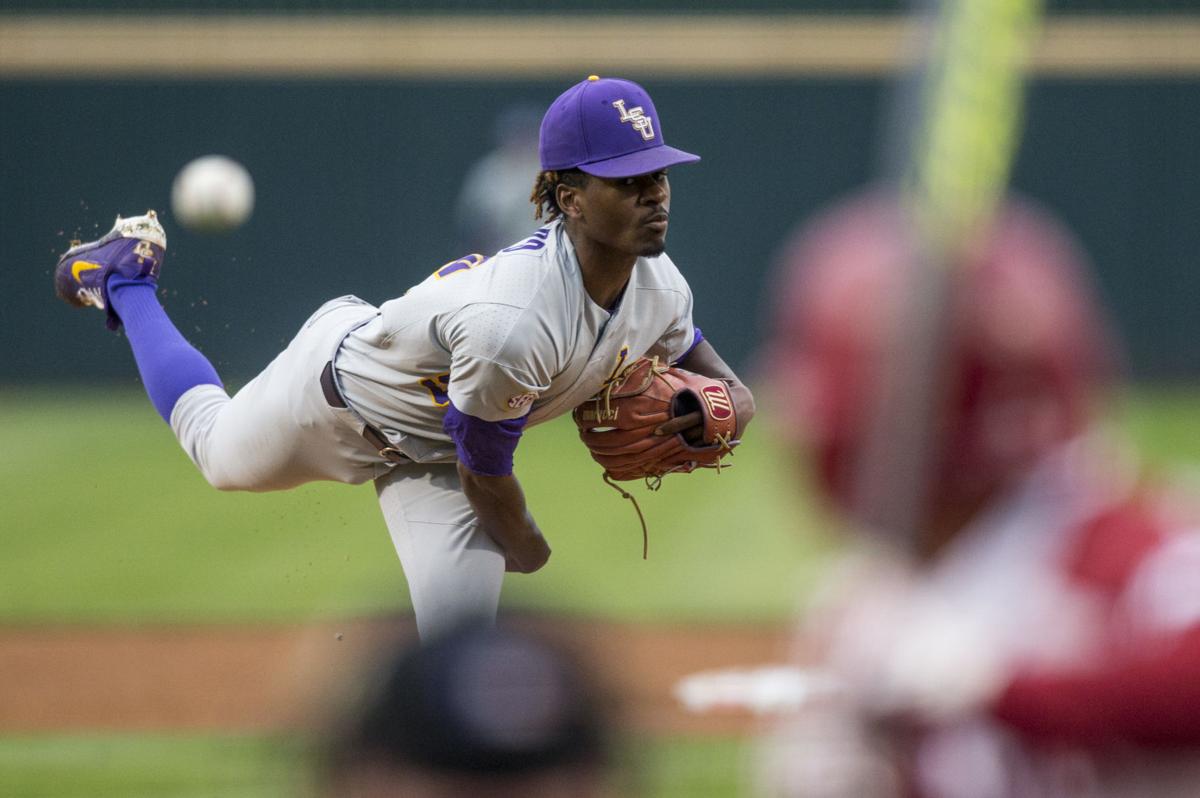 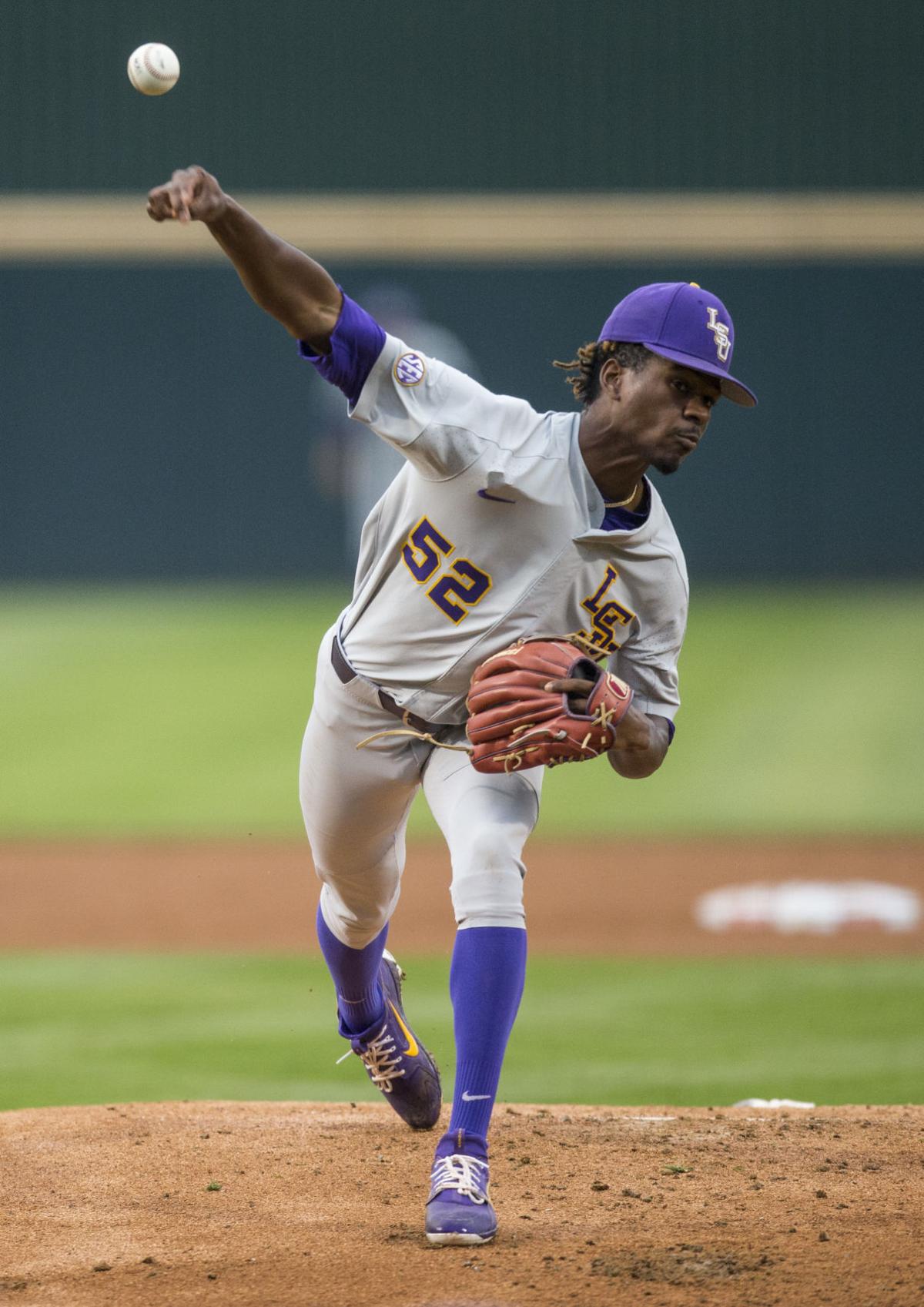 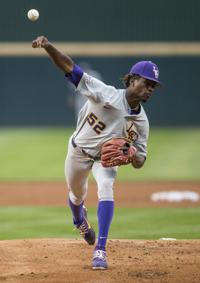 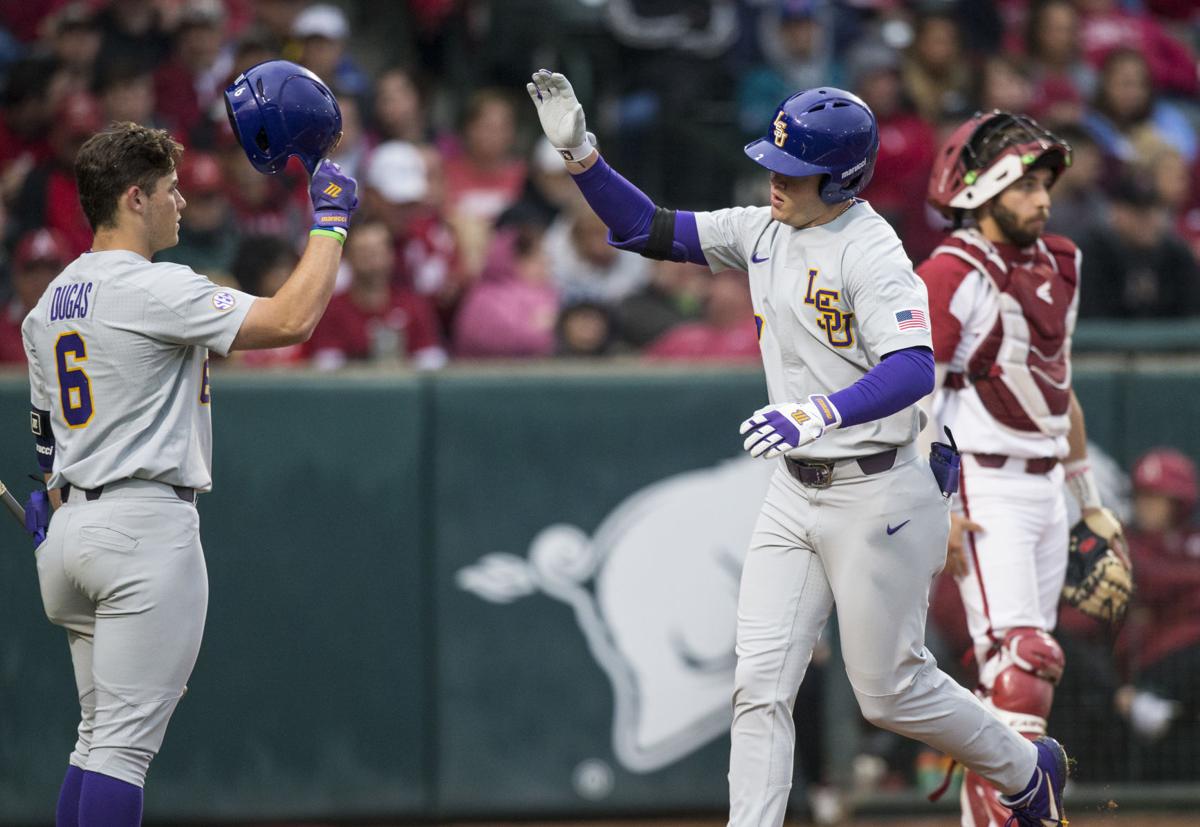 FAYETTEVILLE, Ark. — The avalanche at Baum Stadium started slowly. A home run to tie the game. Another one to take the lead. It picked up speed, gaining force every inning. Another home run. It accelerated, catching LSU in its path. Then a grand slam.

The avalanche eventually stopped, but when it did, Arkansas had hit five home runs. The No. 5 Razorbacks buried LSU with a nine-run lead.

LSU, down to No. 18 in the latest rankings, lost to Arkansas 14-4 on Thursday night.

The Tigers dropped their fourth straight game. They have allowed 45 runs over the past three games, the most in a three-game stretch since 1997.

The Tigers (30-20, 14-11 Southeastern Conference) came here feeling the weight of their position. Their freshman ace remained out with an arm injury. They teetered on the edge of hosting an NCAA regional. Now, they trail Arkansas (38-12, 18-7) by four games in the SEC Western Division.

With so much at stake as the regular season neared its end, LSU took a brief lead. Senior right fielder Antoine Duplantis drove a double to the gap in right-center field, scoring a run in the first inning.

About 15 minutes later, Arkansas shortstop Casey Martin jumped on a hanging curveball from sophomore Ma’Khail Hilliard. The Razorbacks tied the game as the ball landed in the left-field seats.

LSU at Arkansas, Friday: who's starting, how to watch, what to watch for

Who's starting, how to watch and what to watch for when LSU baseball plays Arkansas on Friday.

"You felt pretty good about the way you're competing," coach Paul Mainieri said.

Then Arkansas hit another home run in the bottom of the second inning. With two outs and a runner on first base, catcher Casey Opitz sent a ball behind the right-field wall. LSU trailed the rest of the game.

Hilliard struggled through the third inning as Arkansas stretched its lead. Pitching in place of Cole Henry, he walked the leadoff hitter. He allowed Arkansas’ third home run on a 3-2 pitch to Dominic Fletcher.

"I hung a few curveballs in tough counts," Hilliard said. "I paid for it. I get those down, and I feel like it's a whole different ball game."

LSU, which entered with the fourth-highest ERA (4.66) in the conference, turned to freshman Riggs Threadgill in the fourth inning. He gave up a home run to the first batter he faced.

Rabalais: Hope slim for LSU baseball to be dressed in success at Arkansas this weekend

After Arkansas loaded the bases, second baseman Jack Kenley hit a grand slam. Catcher Saul Garza had placed his glove on the outside corner. Threadgill had thrown a fastball right over the plate.

The ball sneaked inside the right-field foul pole. Threadgill had allowed Arkansas’ fifth home run of the game. He scratched the back of his head during Kenley's home run trot. The Razorbacks led 11-2. Fireworks exploded behind the stadium.

The Tigers halted Arkansas’ scoring onslaught after the fourth inning, but avalanche had damaged them. They lost by double digits for the second straight game.

"We got to flush all the bad losses we've had recently," Cabrera said. "We're a really good team when we play together. We got to know that, and we've got to come out with some confidence tomorrow and know that when we play our game, we can beat anybody."

Will LSU baseball host an NCAA regional? Projections say there's a chance, but ...

LSU baseball is sitting on the edge of hosting an NCAA regional with seven games left in the regular season.