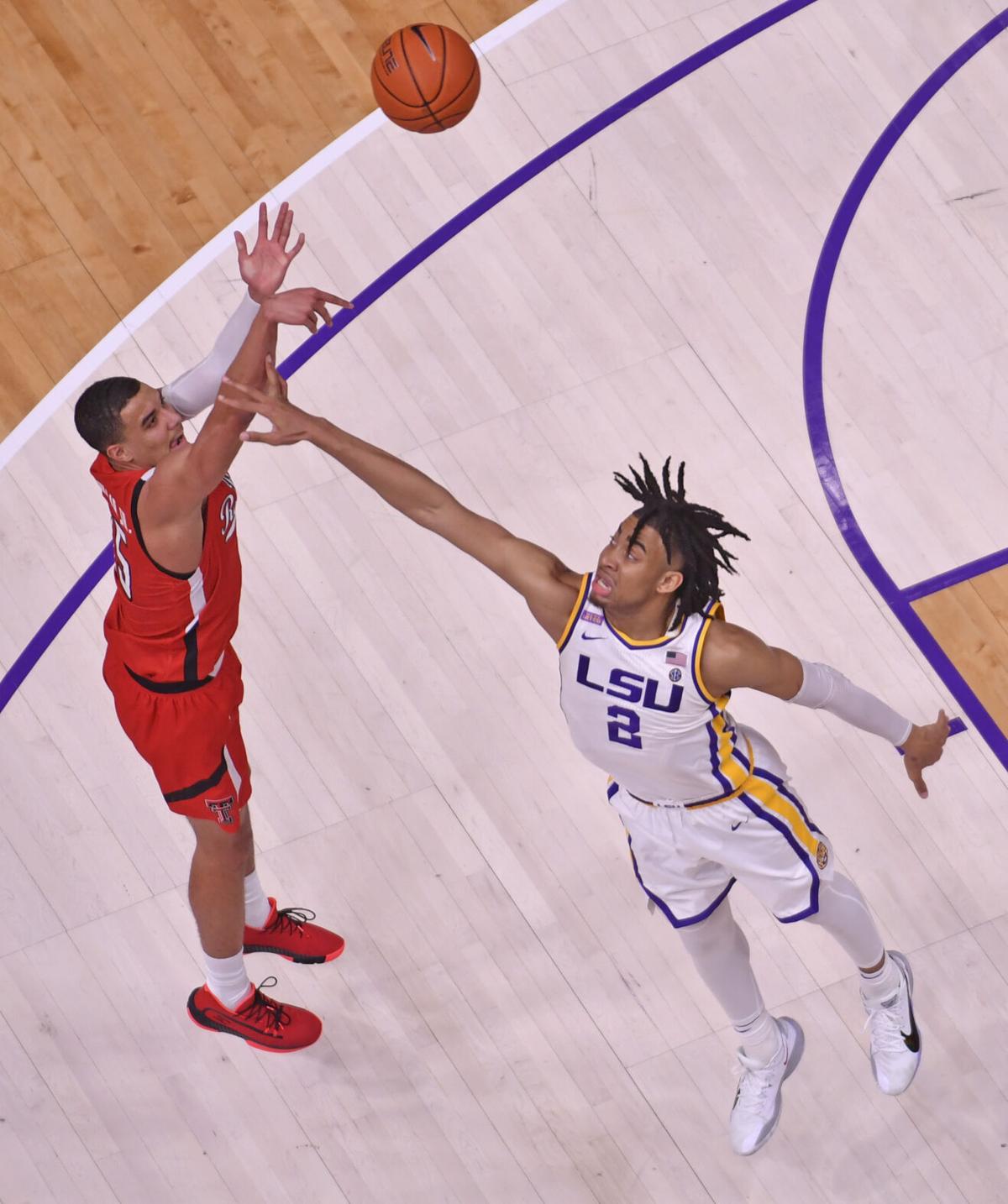 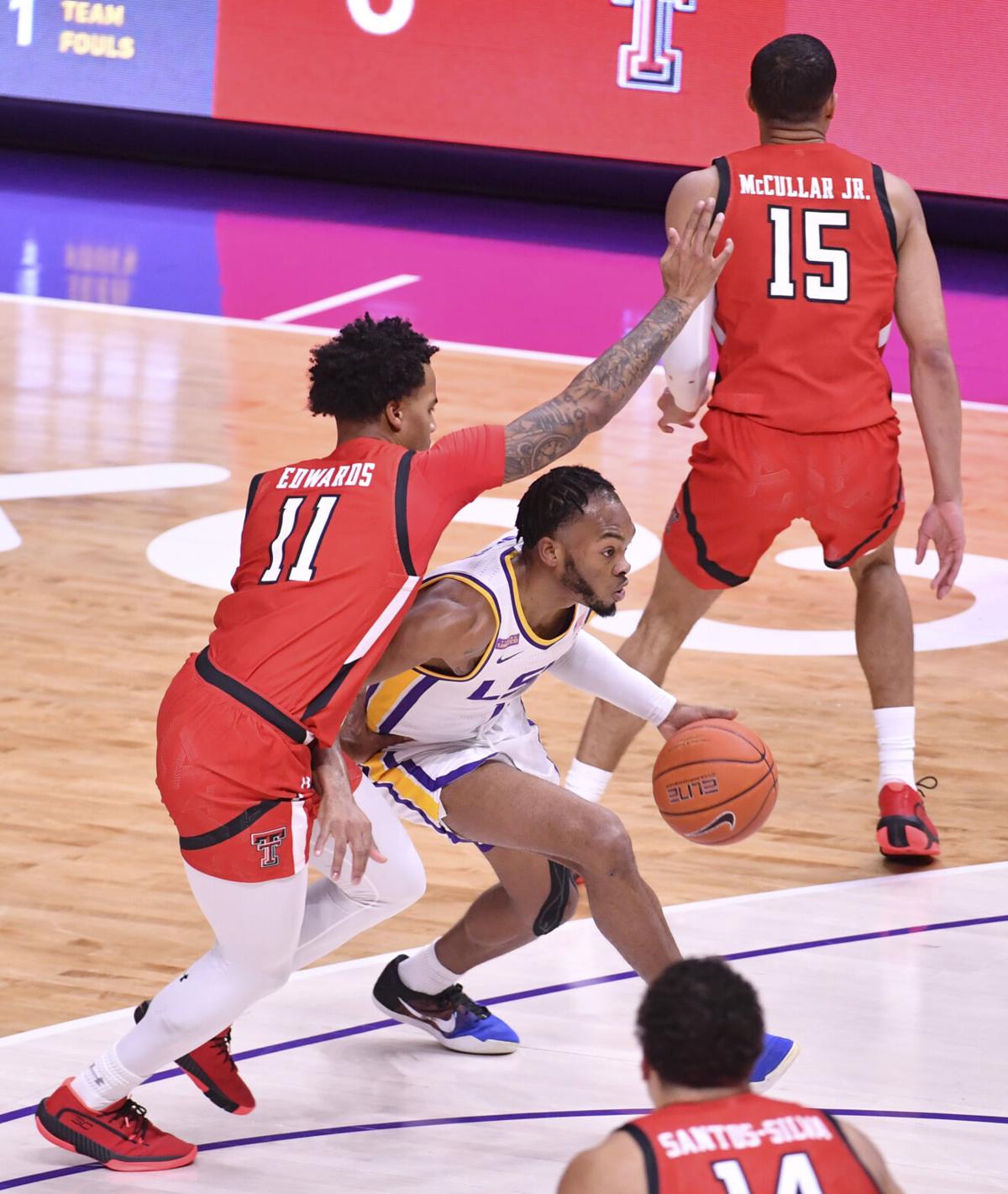 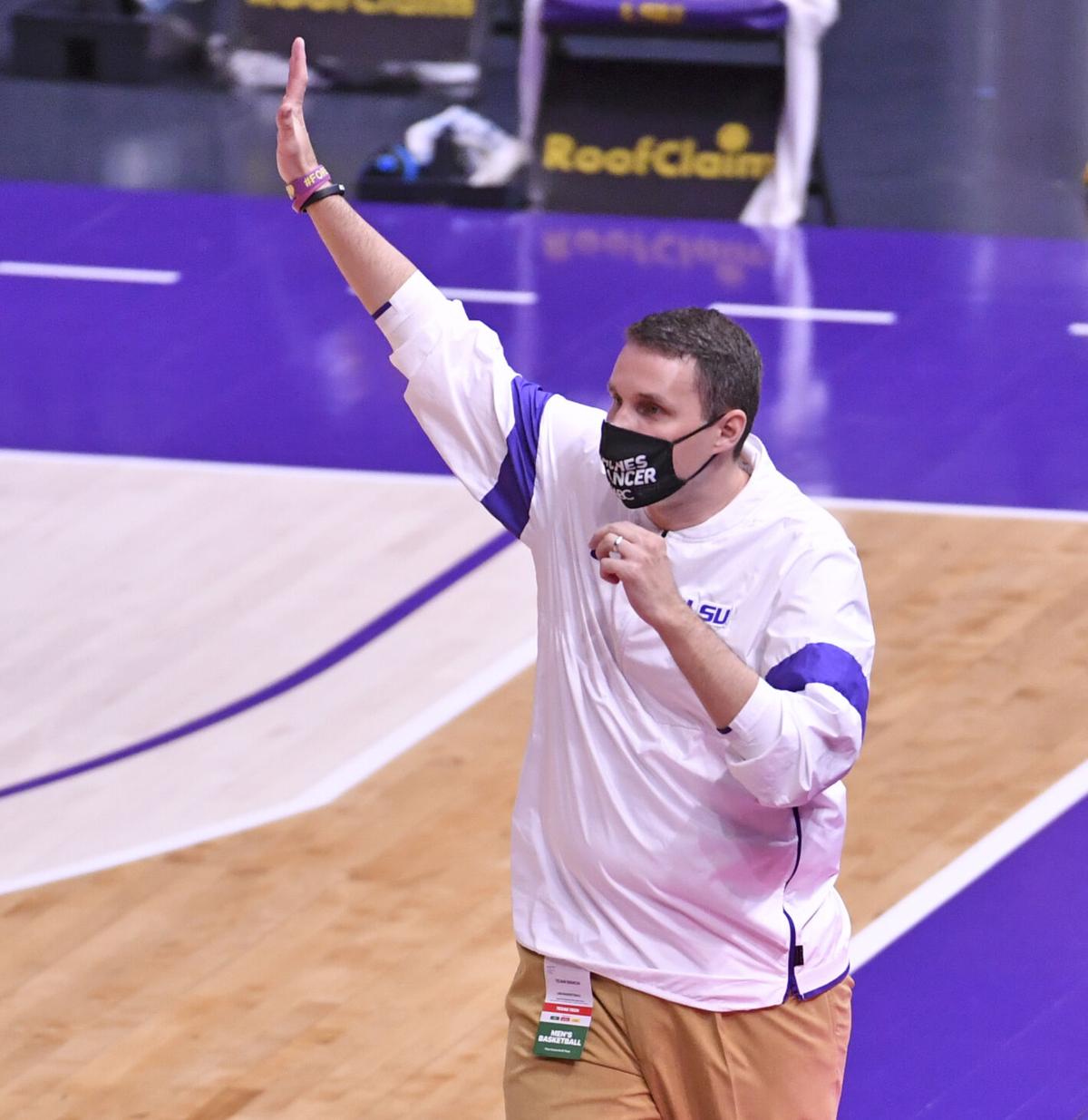 LSU head coach Will Wade signals in a play in the first half of the SEC/Big 12 Challenge against Texas Tech, Saturday, January 30, 2021, at the Pete Maravich Assembly Center.

LSU head coach Will Wade signals in a play in the first half of the SEC/Big 12 Challenge against Texas Tech, Saturday, January 30, 2021, at the Pete Maravich Assembly Center.

The LSU basketball team has taken some hard hits in recent weeks.

But it’s hard to imagine anything being a bigger body blow than Saturday’s come-from-ahead 76-71 loss to Texas Tech in the annual SEC/Big 12 Challenge.

Not only did the Tigers manage to turn a seven-point lead in just the final minute and change into a five-point loss. Not only was it LSU’s third loss in the past four games to drop the Tigers to 11-5 overall, which meets Webster’s definition of a midseason swoon. But cornerstone forward Darius Days went out with a knee injury with 10:57 remaining and will be out for an extended amount of time.

LSU coach Will Wade said immediately after the game that it was believed Days’ injury wasn’t “structural,” meaning he hadn’t torn anything as he fell awkwardly trying to avoid Tech’s Terrence Shannon who himself had just tumbled to the court. But he could miss a couple of weeks, just when the Tigers are trying to right their season against the teeth of a toughening schedule the rest of the way.

After double-digit losses to Alabama and Kentucky, a win at Texas A&M and the loss to Texas Tech, the games don’t get any easier. LSU is at Alabama on Wednesday then at home Saturday against Florida (LSU is tied for second in the Southeastern Conference with the Gators at 6-3). The Tigers then go Mississippi State, which crushed Iowa State 95-56 Saturday, are home against Tennessee and resurgent Auburn, then go to Georgia and Arkansas. The only true breather the rest of the way is LSU’s home and regular-season finale against lowly Vanderbilt.

Locked in a tight battle with No. 10 Texas Tech without one of its top players for the final 10½ minutes, LSU needed every point it could must…

The loss to the Red Raiders pushed the Tigers down five spots in the NCAA’s NET rankings to No. 38 and put LSU on the “last four byes” list for the NCAA tournament according to ESPN bracket expert Joe Lunardi, per the SEC Network on Saturday night. Lunardi had the Tigers as a No. 10 seed even before their latest loss.

Freshman guard Cam Thomas played the “next man up” card when asked about losing Days afterward, and indeed someone will have to fill his starting role for the next several games. That will probably be either former Madison Prep forward Josh LeBlanc or Shareef O’Neal, the son of an LSU legend.

But Days is truly irreplaceable. There’s no one Wade can bring off the bench who can match Days’ ability to fight for the tough points and rebounds inside one moment and pop outside for silky smooth 3-point shots the next.

That said, having Days on the court hasn’t exactly helped LSU much lately, either. The Tigers have some glittering talent with him, fellow forward Trendon Watford, Thomas and point guard Javonte Smart, who nearly willed LSU to victory Saturday with a career high-tying 29 points.

But somehow, the showpieces of this team don’t seem to add up to something as substantial, as potent, as effective as it should be. Whether it’s the lack of a Tremont Waters or Joe Burrow (to borrow a charismatic former LSU leader from another sport) type leading man or something else, this LSU team doesn’t seem to be getting the horsepower it should from all the horses it has under the hood.

To pinch a line from Denzel Washington’s latest movie, it’s the little things that are seeming to trip up the Tigers time and again. Little things like the inbounds pass from Watford that Shannon stole and put in for a layup to give Texas Tech a 72-71 lead with 27.7 seconds left that it would not relinquish. Wade said the inbounds plays have vexed the Tigers time and again this season. They haven’t gotten better.

Wade said Watford’s emotions sometimes get the best of him. Perhaps he and his emotions should start Wednesday’s game on the bench. It would perhaps send a message to a key player, a leader, that he needs to lead better.

To be sure, LSU can still find a way to live up to its potential as a second-weekend NCAA tournament team, if and when Days returns. The Tigers have turned up the defensive intensity the past couple of games, holding Texas A&M to 66 points and Texas Tech to 64 … over the first 39 minutes.

But for now, the pieces aren’t adding up to a cohesive whole. And now the Tigers must find a way to come back from a loss compounded by a loss.