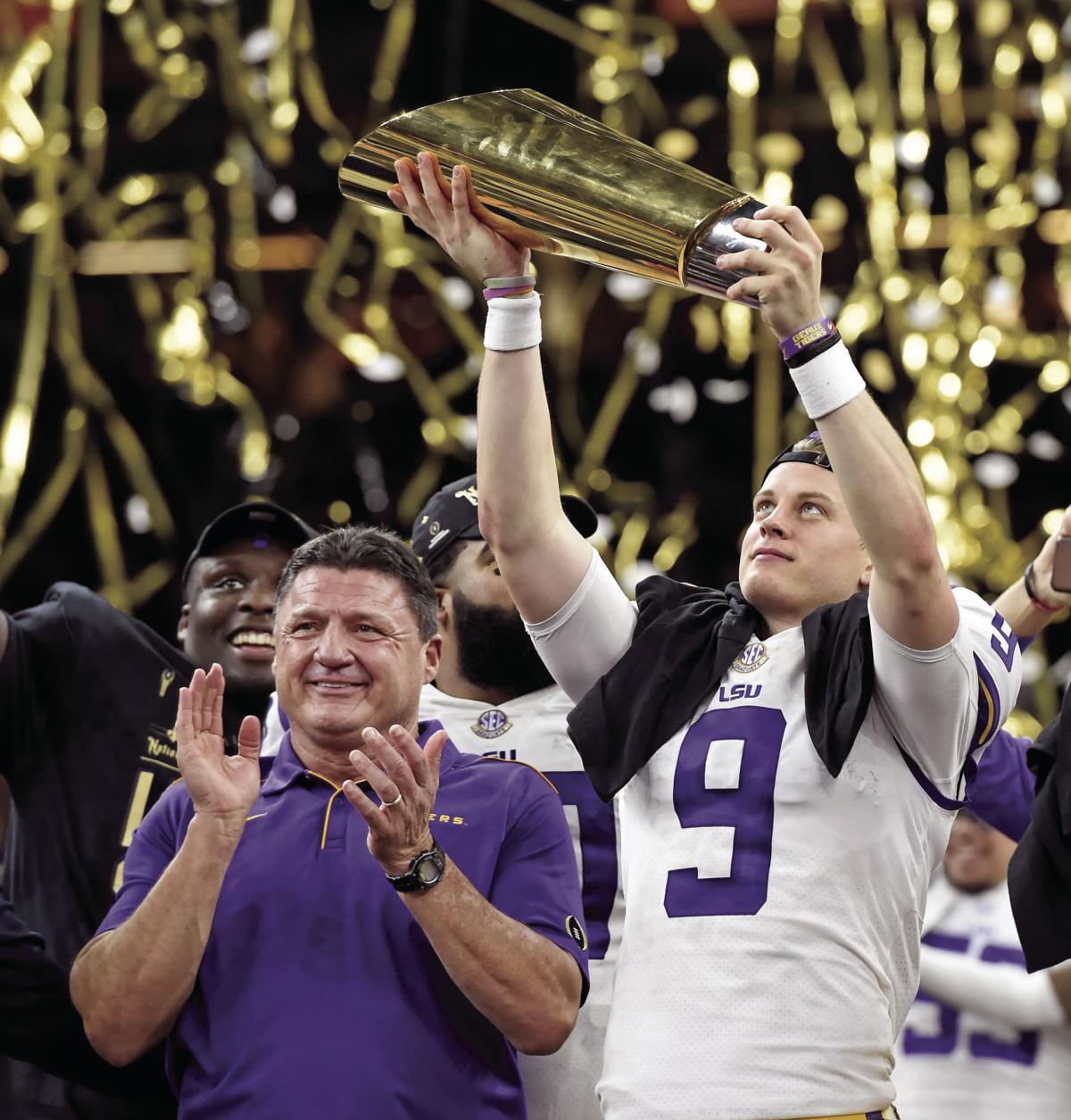 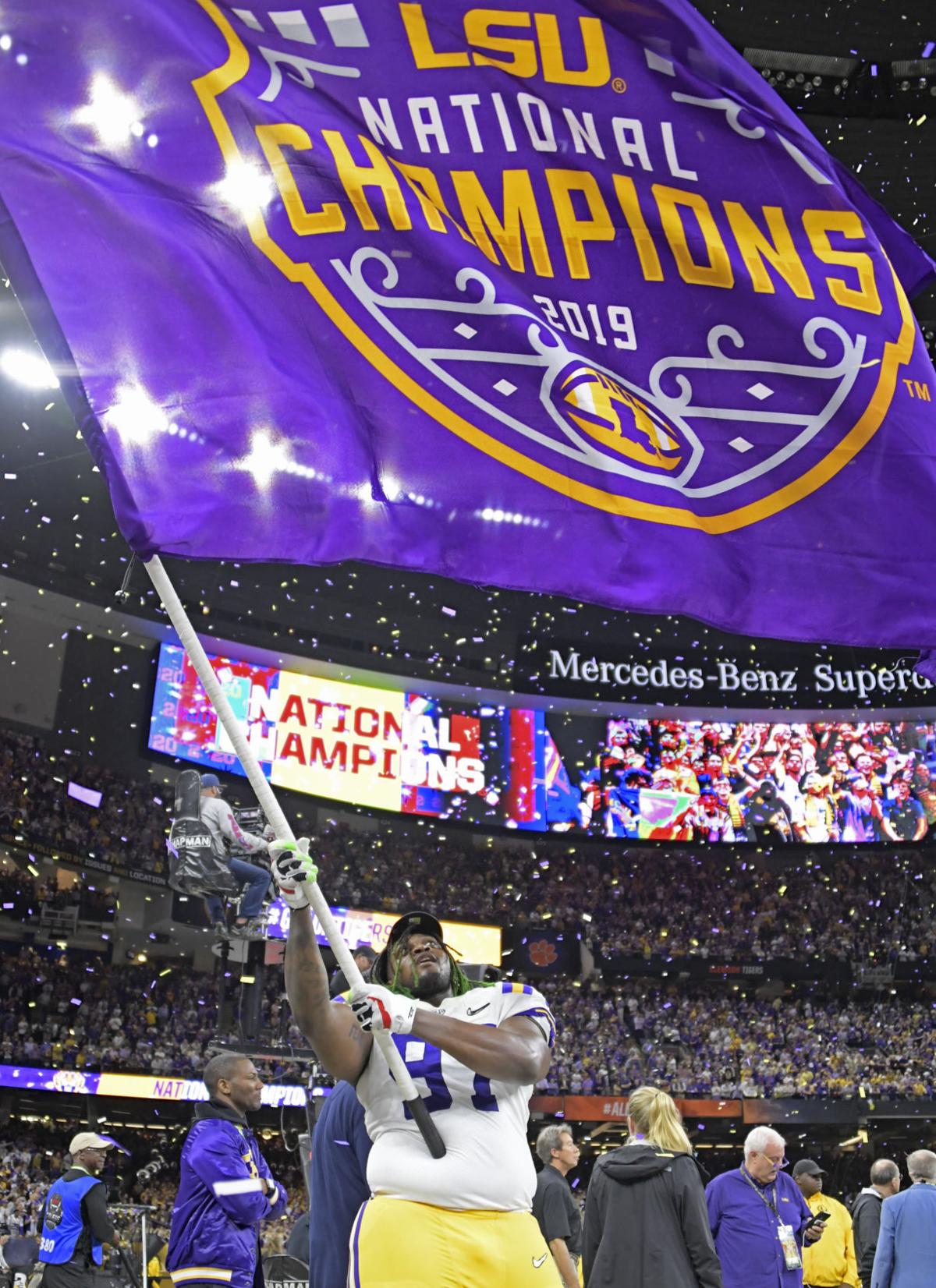 LSU cornerback Derek Stingley Jr. (24) runs a punt return back as Clemson linebacker Jake Venables (15) and Clemson long snapper Patrick Phibbs (58) attempt to make the stop during the second half of LSU's CFP Championship Game against Clemson at the Mercedes-Benz Superdome on Monday Jan. 13, 2020. 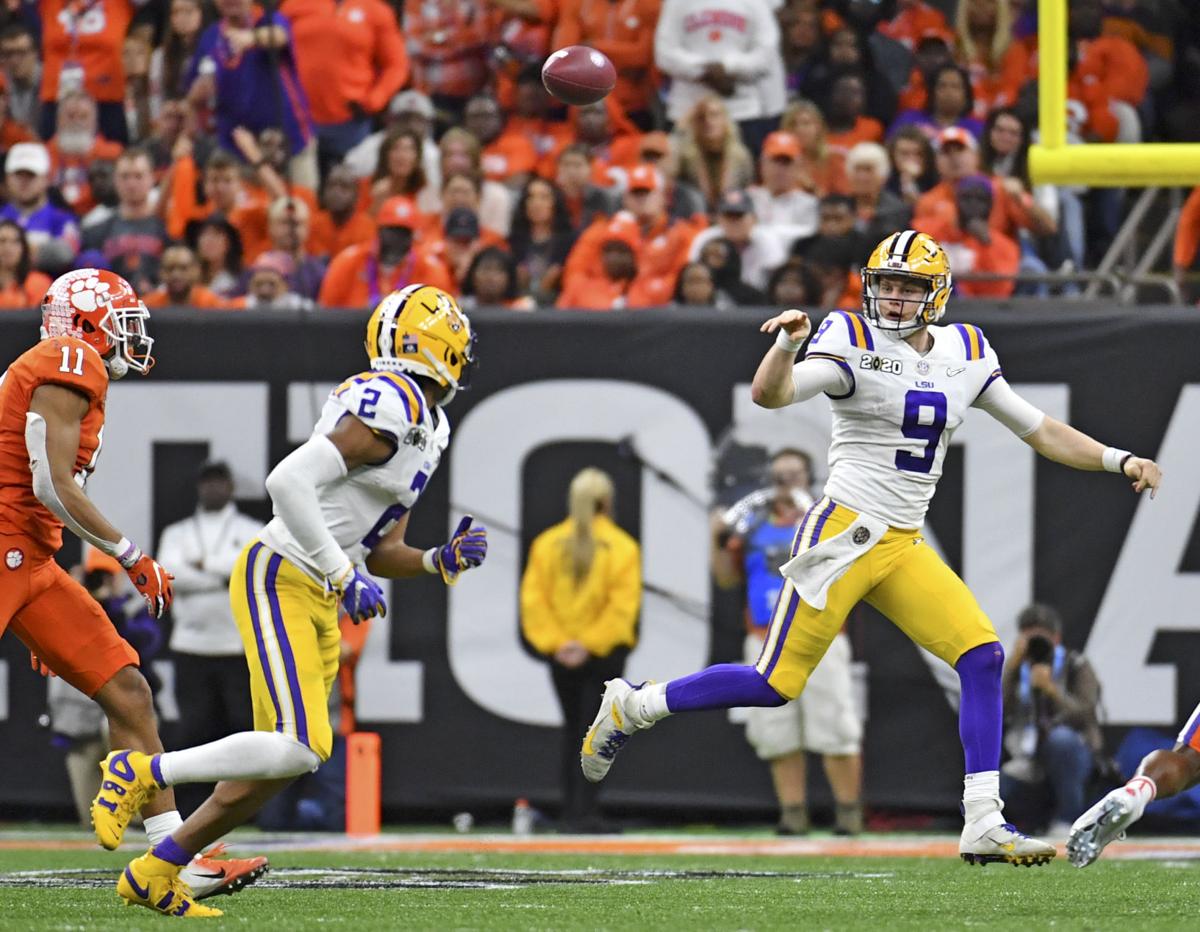 LSU cornerback Derek Stingley Jr. (24) runs a punt return back as Clemson linebacker Jake Venables (15) and Clemson long snapper Patrick Phibbs (58) attempt to make the stop during the second half of LSU's CFP Championship Game against Clemson at the Mercedes-Benz Superdome on Monday Jan. 13, 2020.

It began with an audacious promise from a still unheralded quarterback of an untried offense: The team would score 40, 50, even 60 points per game.

It ended as something better than anyone has ever witnessed in the 150-year history of college football.

Scenes from LSU's national championship parade and celebration: 'The party has just begun!'

Campus filled on the morning of the parade, the first of its kind in over a decade.

Even now, mere days after LSU rendered then-reigning national champion Clemson into nothing more than lumpy New Orleans pothole filler under its wheels en route to this season’s national championship, it scarcely seems believable that it happened.

But it did happen.

Savor it. Treasure it. Lock every moment away in a safe place and pull them back out again for those days you’re feeling blue.

National champions are crowned every year, of course. And at this moment, even after a dizzying week of departures from key LSU players and coaches, the program seems closer to the day its next national championship will come than farther away from it.

But another season like this? There can be no expectation of LSU or anyone doing anything like this again, because no one ever has.

The subjective argument over what is the greatest college football team of all time is a question without a solution.

Is it 1971 or 1995 Nebraska? Is it 2004 Southern California? Pick a Miami team of your liking (or loathing) and run a pair of Hurricane warning flags up the mast.

Before every home football game at LSU, fans gather along a sloped stretch of road known as Victory Hill, waiting to greet players and coaches…

None of them did what this LSU team did. For the following reasons, the 2019 Tigers can lay legitimate claim to the title of best team ever:

• They beat seven teams ranked in the top 10 at the time, all but Florida and Auburn away from Tiger Stadium.

• They beat the top four teams in The Associated Press preseason poll — Clemson, Alabama, Georgia and Oklahoma — by an average of 21 points, all away from home.

• They never trailed in the fourth quarter of any game.

• They never allowed an opponent to possess the ball with a chance to win at the end of a game. The closest call: three onside kicks by Texas, Auburn and Alabama. LSU recovered them all.

• They scored 726 points, an FBS single-season record among many records.

Leading the second line saunter was LSU’s Heisman Trophy-winning quarterback Joe Burrow, who set a record for winning by the biggest landslide in Heisman history as he went on to become just the ninth quarterback to win the award and the national title in the same season.

Burrow had the best season any quarterback, any one person, has ever had in college football history. He threw for 5,671 yards and 60 touchdowns, a Ruthian number. Twenty-seven of those were against AP top-10 teams.

Destiny is a word thrown around more than footballs in this season’s LSU offense. But there are times when it is the word that best applies.

It was destiny that Warren Morris broke a bone in his hand midway through the 1996 season and was batting ninth to hit that walk-off home run in that year’s College World Series final. It was destiny that a punt Billy Cannon was going to let bounce past took a turn and found his hands that Halloween night in 1959 against Ole Miss.

And after beating Alabama 46-41 on Nov. 9 in Tuscaloosa, ending eight years of LSU misery at the hands of the Crimson Tide, it seemed the Tigers’ destiny to win the national championship. Like a perfect dish, the right blend of coaching, scheme, talent and opportunity gave LSU a team that was tested, but virtually could not lose.

“I just feel blessed to be part of this,” a cigar-toting Burrow said after the Clemson win.

Every season stands on its own merits, good or bad. But ultimately every season works into the fabric of a program’s status and prestige.

There are many holes to fill for LSU in 2020, from Burrow to passing game coordinator Joe Brady to defensive coordinator Dave Aranda to key cogs like wide receiver Justin Jefferson, linebacker K’Lavon Chaisson and tailback Clyde Edwards-Helaire, the biggest surprise star of the entire season without a doubt.

But there is much to suggest there is permanence to LSU’s greatness. Even if 2019 was a season not to be duplicated, only treasured, like an antique bottle of wine never to be opened.

To the last, everything went LSU’s way this football season.