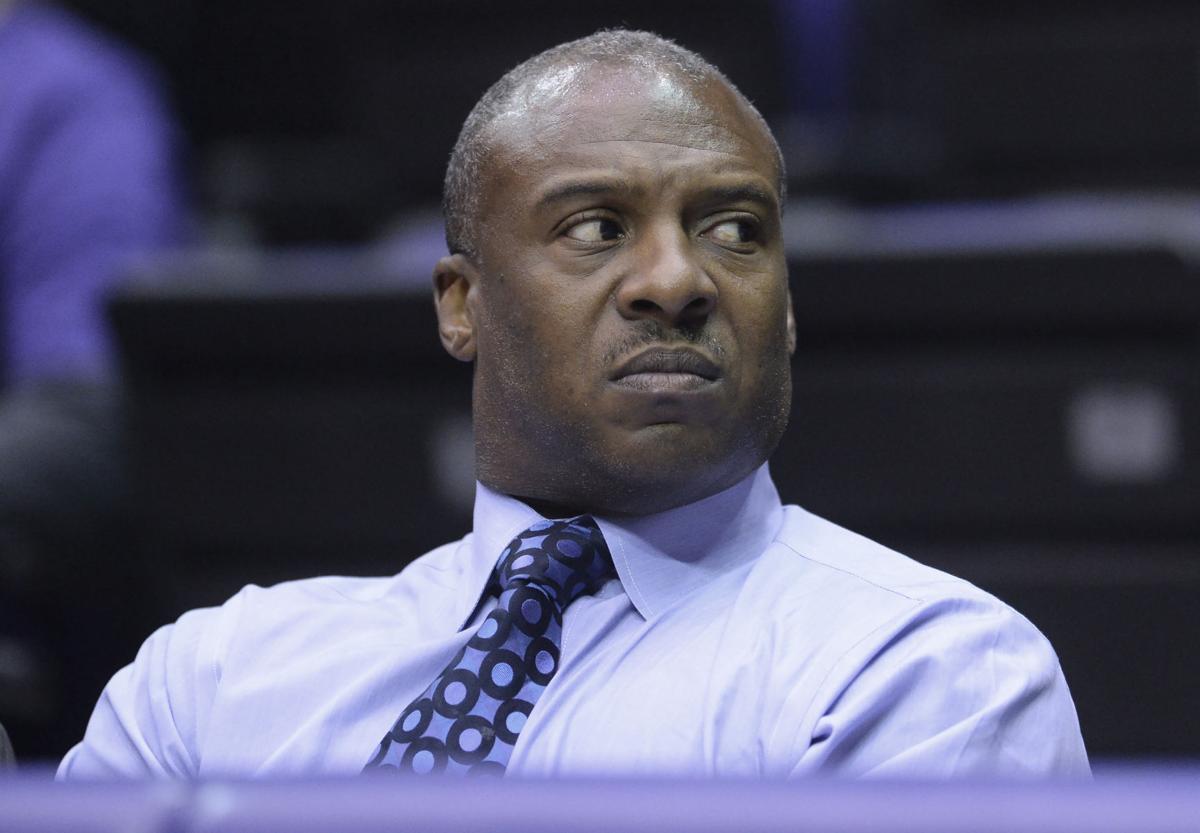 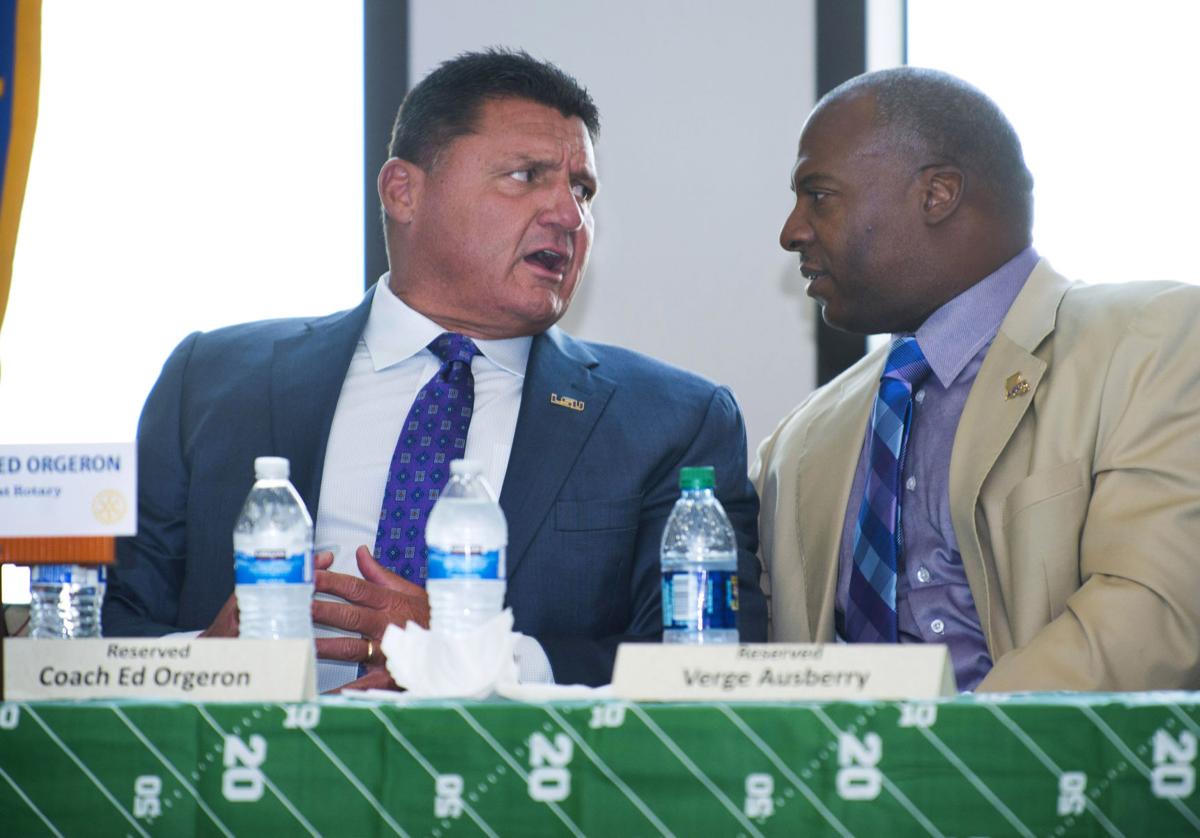 When an LSU football player admitted to hitting his girlfriend in a text he sent to executive deputy director of athletics Verge Ausberry, both university and federal policies required that Ausberry act on that information and report it to others.

But after Ausberry called him, the wide receiver retracted his confession, and Ausberry didn’t pursue the matter further. Experts say he may have violated the federal civil rights law that protects students from discrimination on the basis of sex, which includes sexual violence. In addition, he may have whiffed on a requirement that he alert police, according to legal experts on sexual assault cases on college campuses.

The Advocate received records Tuesday showing Ausberry was aware that then-wide receiver Drake Davis had struck his girlfriend, a tennis player, before the university’s Title IX office or police launched investigations. Ausberry, who is well known in Baton Rouge, has sat on both state and local governing boards and commissions and is a member of the search committee for LSU’s next president.

“She's trying to go to compliance for me hitting her, she's trying to get me kick (sic) off the team,” Davis texted Ausberry on April 14, 2018, according to the police report. “I went over there to get my stuff. She got mad that I wouldn't talk to her. She started to hit me. And I hit her In the stomach. (which is not good) and I walked out.”

In an interview Wednesday, Ausberry said he immediately called Davis after receiving the text message — which squares with phone logs police later referenced in their investigation, which showed a six-minute call. Before then, Ausberry said, he had taken Davis under his wing and tried to mentor him, which was why they were in frequent communication.

But Ausberry said when he confronted Davis about his text, Davis assured him he had not hit his girlfriend, saying they were simply arguing about her refusing to leave. Ausberry said he advised Davis to call police.

“When he told me on the phone that he did not hit her, that’s the information I had at the time,” Ausberry said. “That’s why I made the decision I made at that time. Now, hindsight 20/20, figuring out what’s going on in today’s world, yes, I would have picked up the phone and said, ‘You know what? We’re going to call 911 and figure it out.’”

Not only did Ausberry not call police himself, he didn’t report the allegation to LSU’s Title IX office, nor did he follow up with Davis about the incident. He said he did not think Title IX was applicable because the tennis player was not enrolled at LSU at the time.

Monica Beck, an attorney who specializes in Title IX and sexual violence cases for Fierberg National Law Group, said the tennis player’s status as an LSU student did not diminish Ausberry’s reporting obligation.

“It still should have been reported to the Title IX office,” Beck told The Advocate. “The fact that a student admittedly engaged in egregious dating violence shows that he could pose a harm to other students as well.”

Beck said law enforcement should have been notified as well.

Eventually, a different LSU employee reported the abuse. That was Miriam Segar, the senior associate athletic director, whom the woman contacted after seeking medical attention. Segar filed a first Title IX complaint on April 26, 2018, a second one on June 18, 2018 and police report on Aug. 16, 2018. Ausberry acknowledged participating in a Title IX interview related to Davis, but could not recall when it happened.

Baton Rouge woman did all the right things trying to protect herself from abuser, but it didn't work

Five days before a Baton Rouge man fatally shot his ex-girlfriend, then himself, a judge signed a yearlong restraining order against him — str…

LSU spokesman Ernie Ballard said that “the handling of these allegations will be included” in a review that law firm Husch Blackwell is conducting for the university. LSU hired the law firm to investigate Title IX policies and to look at how past allegations have been handled, in response to the USA Today article.

“I’m very comfortable in my decision and what I did,” Ausberry said Wednesday. “Very comfortable in the ways I acted and reported and things of that nature. I have no worry about anything happening to my career. The only thing I would like to have is my name, make sure it’s clear out there that I wasn’t a person who tried to hide things or hurt victims or hurt anybody. I’ve never done that, and I never will.”

But experts said Ausberry’s failure to act did cause harm.

“When school officials received reports of the physical violence, the sexual violence, sexual misconduct, they often ignored it, and while they ignored it, it continued,” said Shiwali Patel, the director of justice for student survivors and senior counsel at the National Women’s Law Center. “So there are just gross violations of Title IX that happened over and over again at LSU.”

Davis’ abuse of the tennis player, whom he dated off-and-on, was no secret, according to a 2018 LSU Police Department investigation that included interviews with coaches, friends and others who knew the pair. The tennis player told police that she had started dating Davis in January 2017, and that the 6’6, 220-pound wide receiver had attacked her at least four separate times during their relationship.

She said that Davis punched her in the stomach for the first time in May 2017, when she sought the return of some personal items. Then in April 2018, he punched her so hard that she was left with a fractured rib, and it hurt to do any kind of physical activity.

“The victim provided a photograph of the bruise mark taken after she was punched in the stomach,” LSU police wrote. “The marking in the picture is on her left side, it appears as if individual finger marks of the suspect is visible in the bruising. ”

This was the incident that Davis referenced in his text to Ausberry.

Dating violence is covered under LSU’s sexual harassment policies, which say that “any University administrator or supervisor who is a recipient of a complaint or report of possible violation of the policy will immediately notify the Office of Human Resource Management.”

A former LSU football player is accused of sexually assaulting a woman at his on-campus apartment last weekend, according to the LSU Police De…

“Employees are to report to the Office of Human Resource Management or the LSU Police Department, or both where applicable, all threats or incidents of violent behavior in the workplace which they observe or of which they are informed,” the policy reads.

Ausberry may have also been required to report it to police — as Beck pointed out — under the federal Clery Act, which includes requirements for university officials.

“At the time … I never knew it was a violent, volatile relationship,” Ausberry said. “I just thought it was a boyfriend/girlfriend, they live off campus, she wouldn’t leave his apartment, and call the police was the best thing for him … My error was I believed his story. I took the kid for his word.”

Taylor said in many problematic cases, the athletes are multiple-time perpetrators who learn that if they report their wrongdoing to the right person, they’ll be allowed to continue. She agreed that Ausberry should have reported the incident to the Title IX office and police.

“He’s admitting to domestic violence, and they really are just saying, ‘It’s OK for now, don’t let it happen again,” Taylor said. “Slap-on-the-wrist type of thing and essentially just hoping that it will go away, that he’ll change his behavior without any sort of intervention. And we know from research that’s not what happens. ”

A digital media trail of text messages, cell phone call logs and interactions via Facebook, Instagram and other social media can make it harde…

Still in pain from her rib fracture weeks later, the tennis player went to get checked out by a doctor and reported what happened to an athletic trainer and Segar in late April. Segar quickly filed a Title IX complaint, but did not report it to police until four months later.

In the meantime, Davis choked her when they were in his car, she told police. And then in June 2018, she told police that he entered her apartment, tried to strangle her, punched her stomach, and yanked an earring out of her earlobe, leaving a trail of blood. Police went to the scene, but made no arrest.

Ausberry said Wednesday that he did not know of the violence in their relationship — despite the April texts — until June, because that was when police went to the scene of an incident. At that point, he said that he no longer communicated with Davis about the relationship, though he said he continued to check in on Davis’ grades and other activities, as he does with all players.

“I started seeing a pattern,” Ausberry said. “It was almost like I was being conned. It wasn’t the truth. It wasn’t the right information that he gave me, what was really happening.”

Universities can face major repercussions for failing to properly respond to Title IX complaints, especially those that involve partner violence within dating relationships. The University of Utah recently agreed to pay a $10.5 million settlement to the family of Lauren McCluskey, whose boyfriend allegedly shot and killed her after she had reported him to university police for stalking and harassing her.

And in another recent case, the Nebraska State College System agreed to pay out $900,000 amid two lawsuits that alleged they had not done enough to prevent dating violence that led to a softball player’s suicide.

“The settlement numbers reflect the importance of properly responding to those kinds of complaints,” said Beck, whose law firm is pursuing Title IX claims against LSU in another civil suit, related to the fraternity hazing death of freshman Max Gruver in 2017. “When universities fail to do so, the consequences are life and death.”

Patel also argued that LSU’s Title IX problems highlight the problems with recent changes to that federal law spearheaded by the U.S. Secretary of Education, Betsy DeVos. Patel said the changes would limit the scope of people on campuses who are required to report complaints of sexual harassment. Patel is part of a major lawsuit against the U.S. Department of Education over the changes to Title IX.

LSU police finally booked Davis on Aug. 17, 2018 on counts of second-degree battery based on the four incidents. They arrested him again the next month, once they found out he was violating court orders by continuing to see and assault the woman.

Last year, Davis pleaded guilty last year to two counts of battery on a dating partner and one count of violation of a protective order. But a state judge suspended most of the 18-month prison sentence he handed Davis. Instead, the judge put him on probation and ordered him to stay away from the woman. LSU expelled Davis in July 2019.

Davis was arrested again last year in a new battery case, this time involving a different woman. He enrolled last year at Southern University, but did not join the football team.

LSU mishandled sexual misconduct complaints against students, including top athletes, according to an investigation by USA Today.