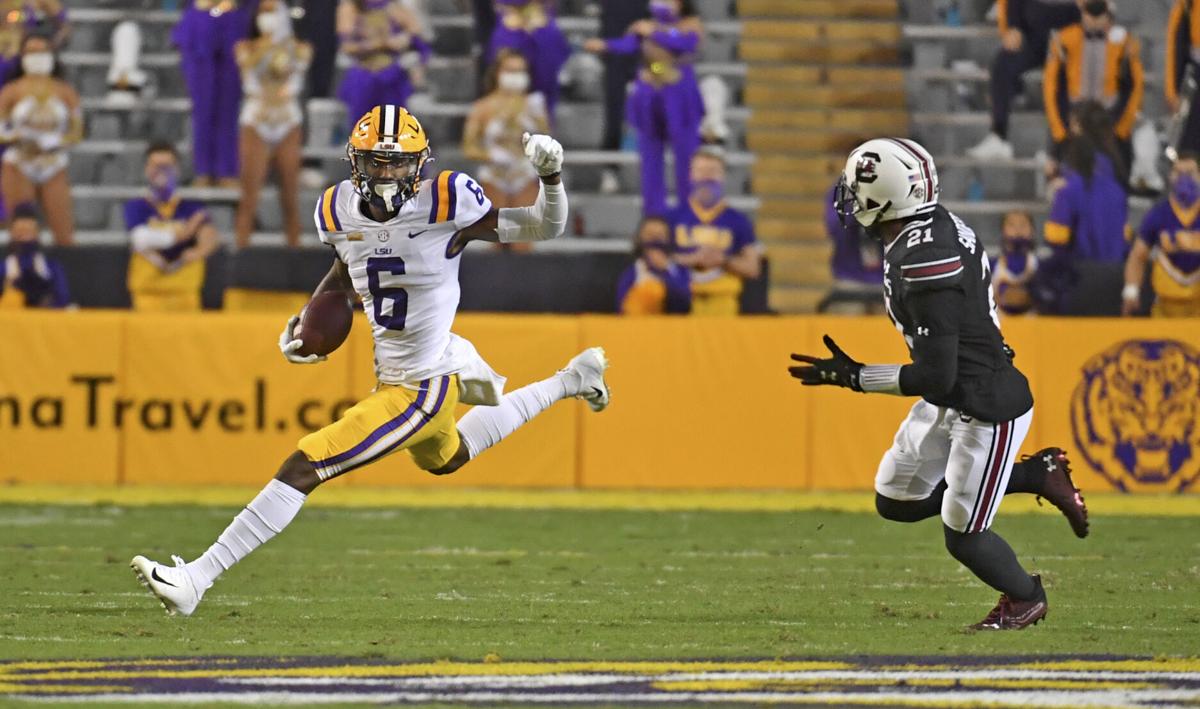 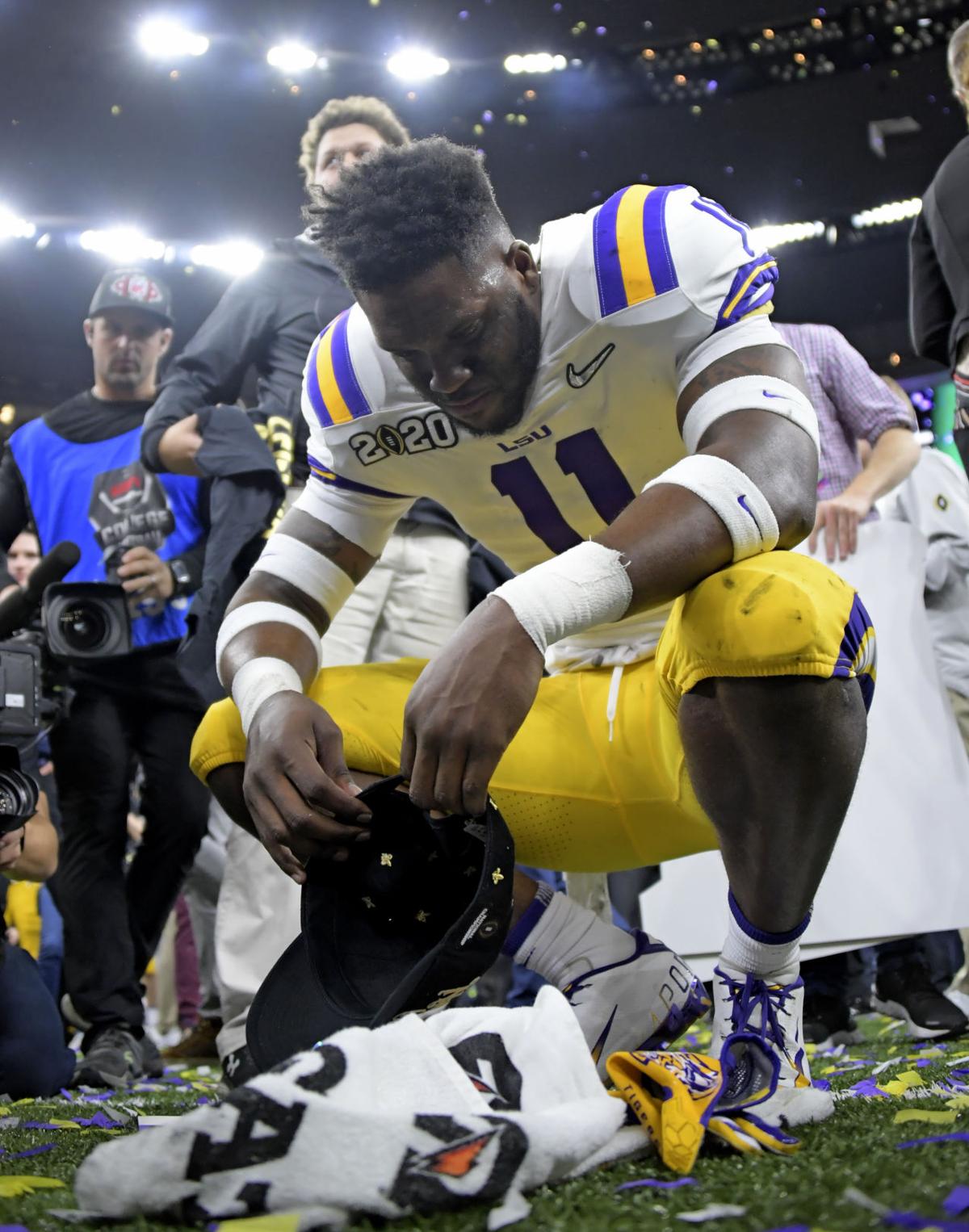 LSU safety Eric Monroe (11) on the field following LSU's win over Clemson in the National Championship on Monday, January 13, 2020. 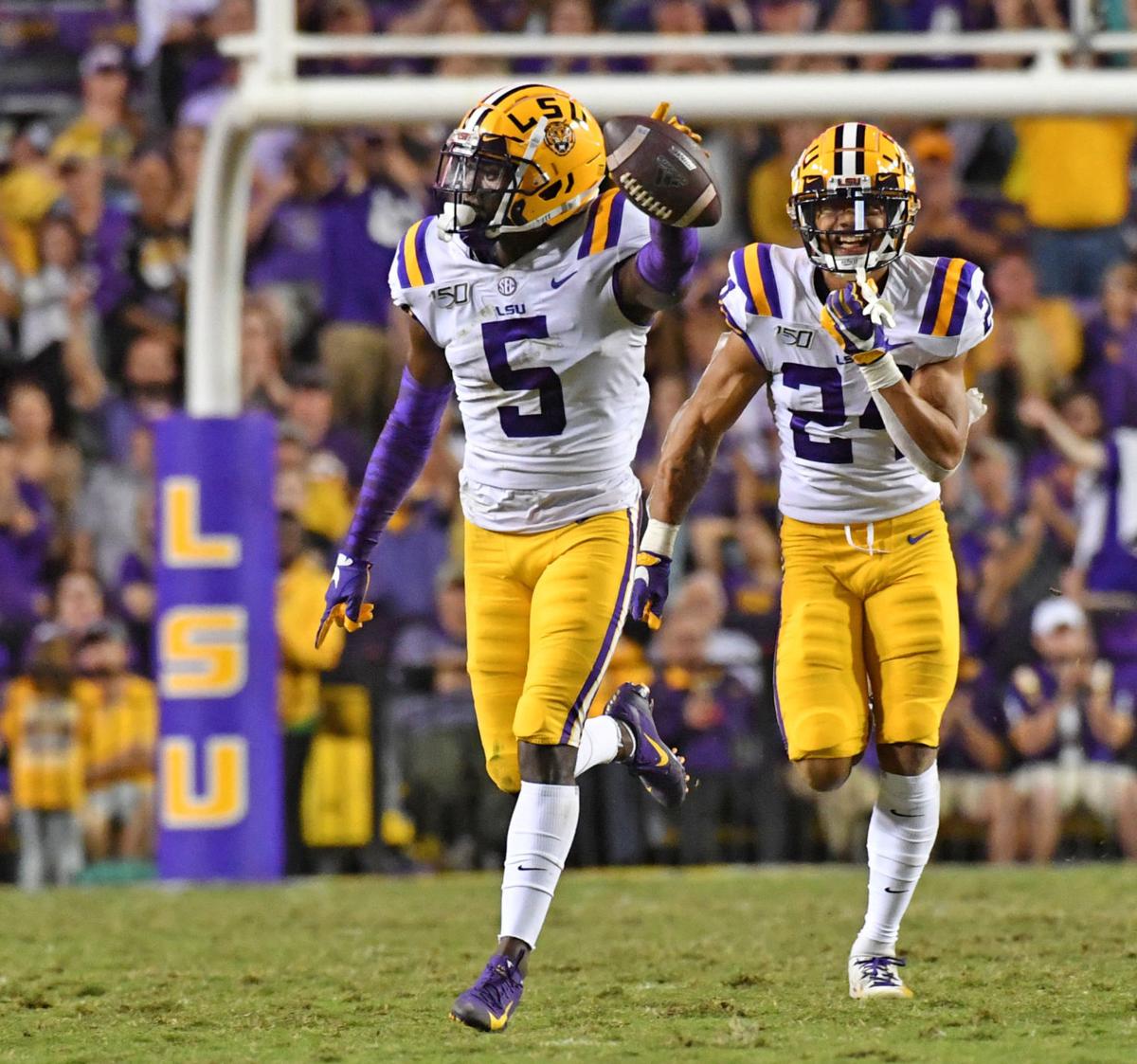 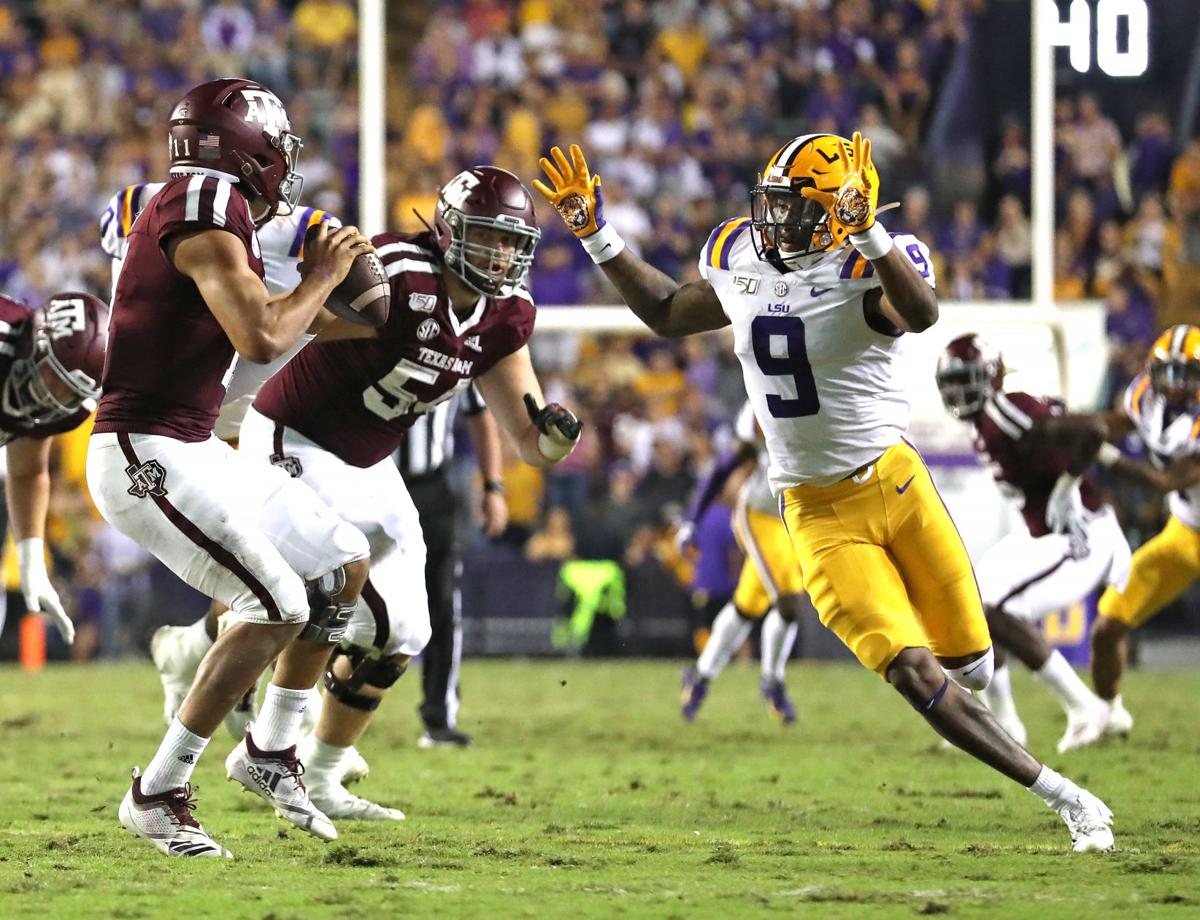 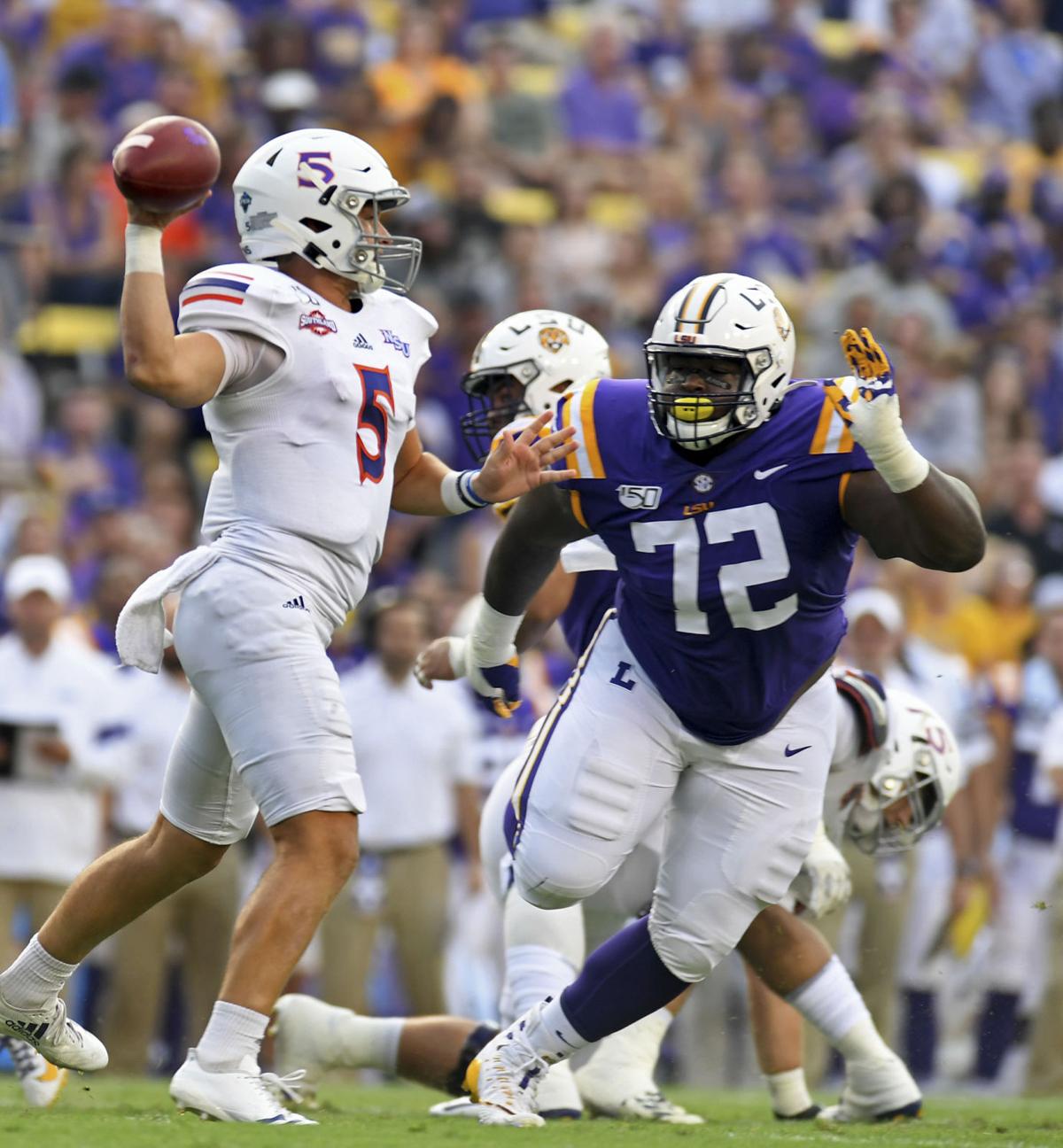 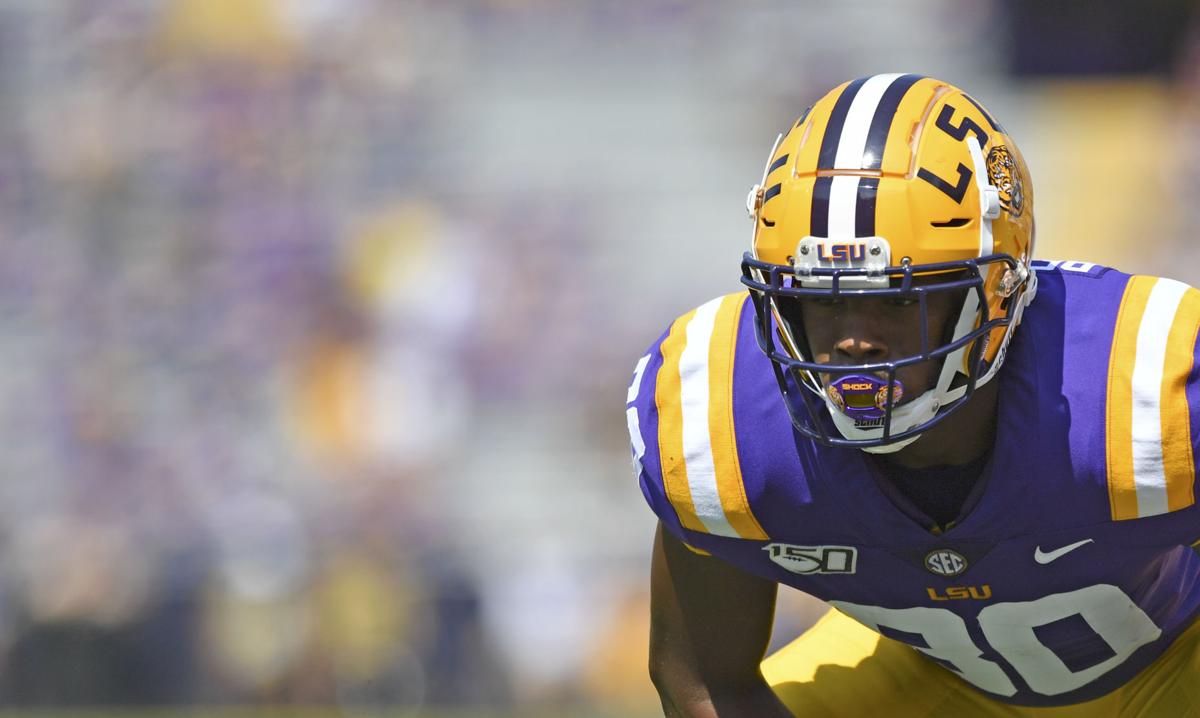 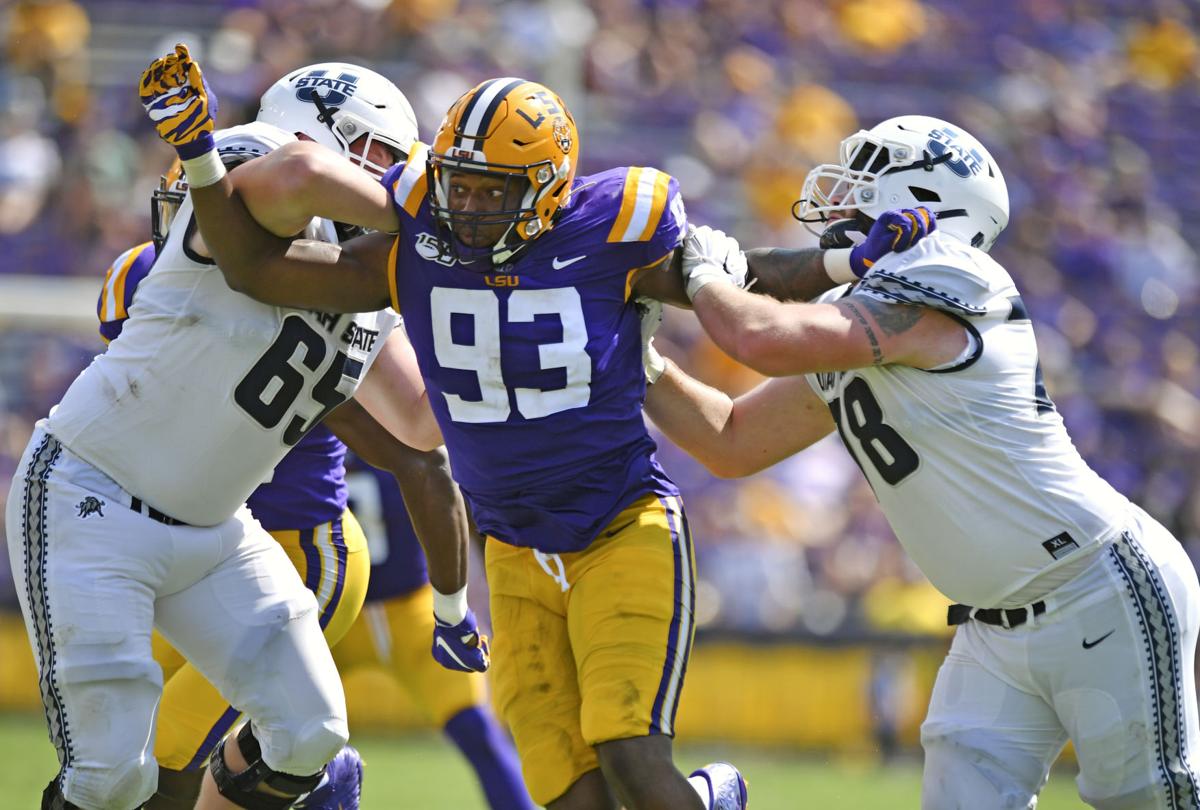 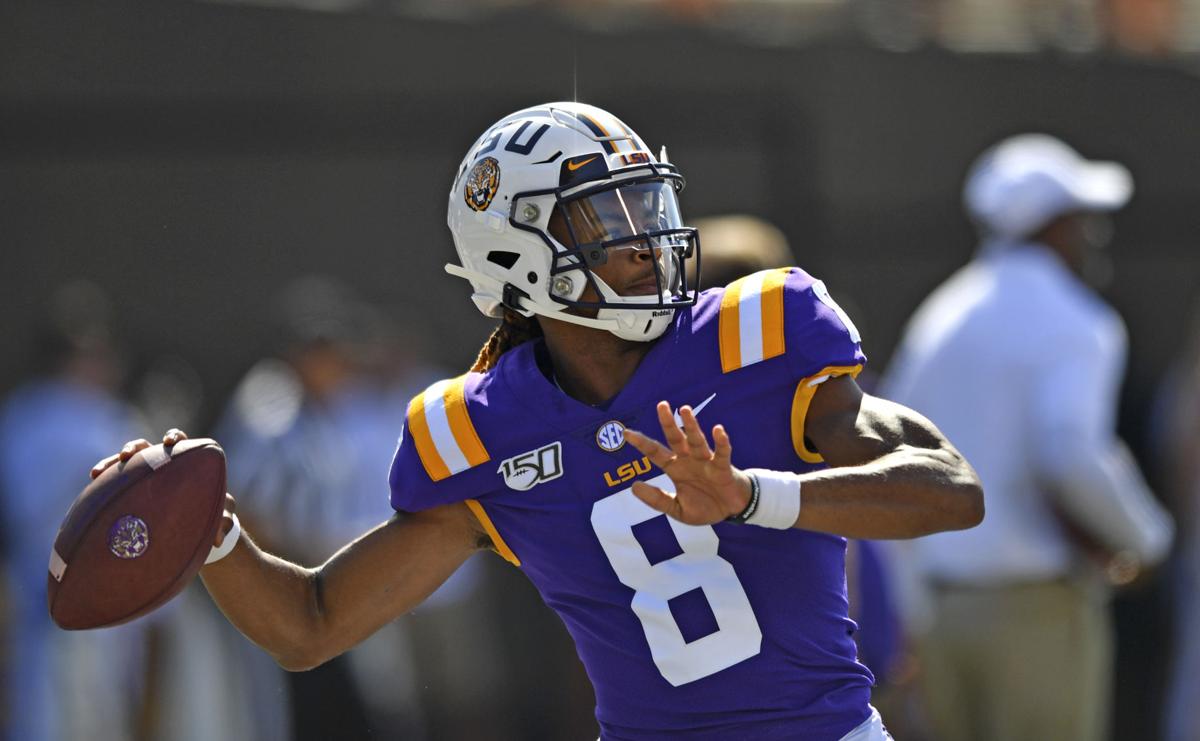 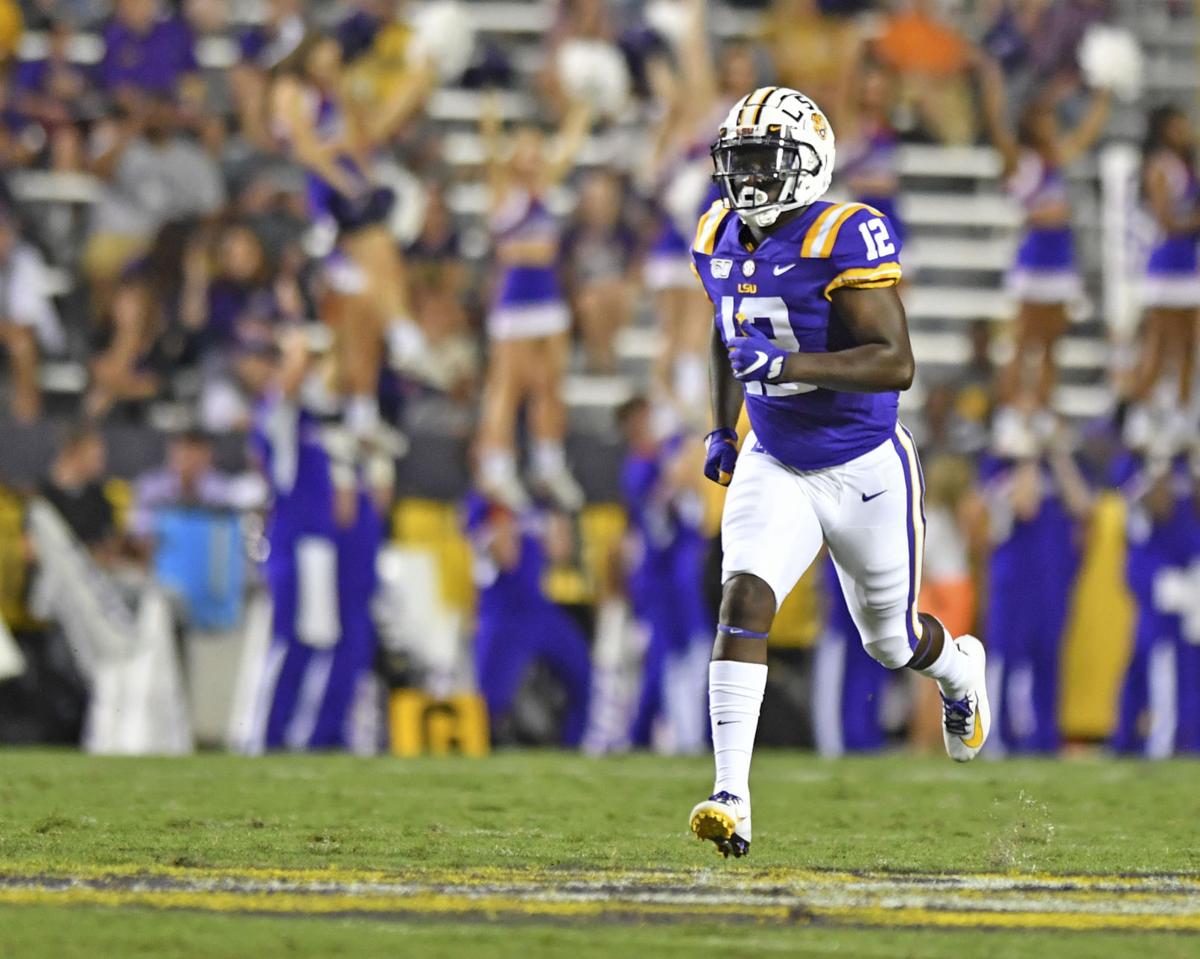 LSU linebacker Donte Starks (12) runs down the field during a kickoff against Northwester State on Sept. 14, 2019. 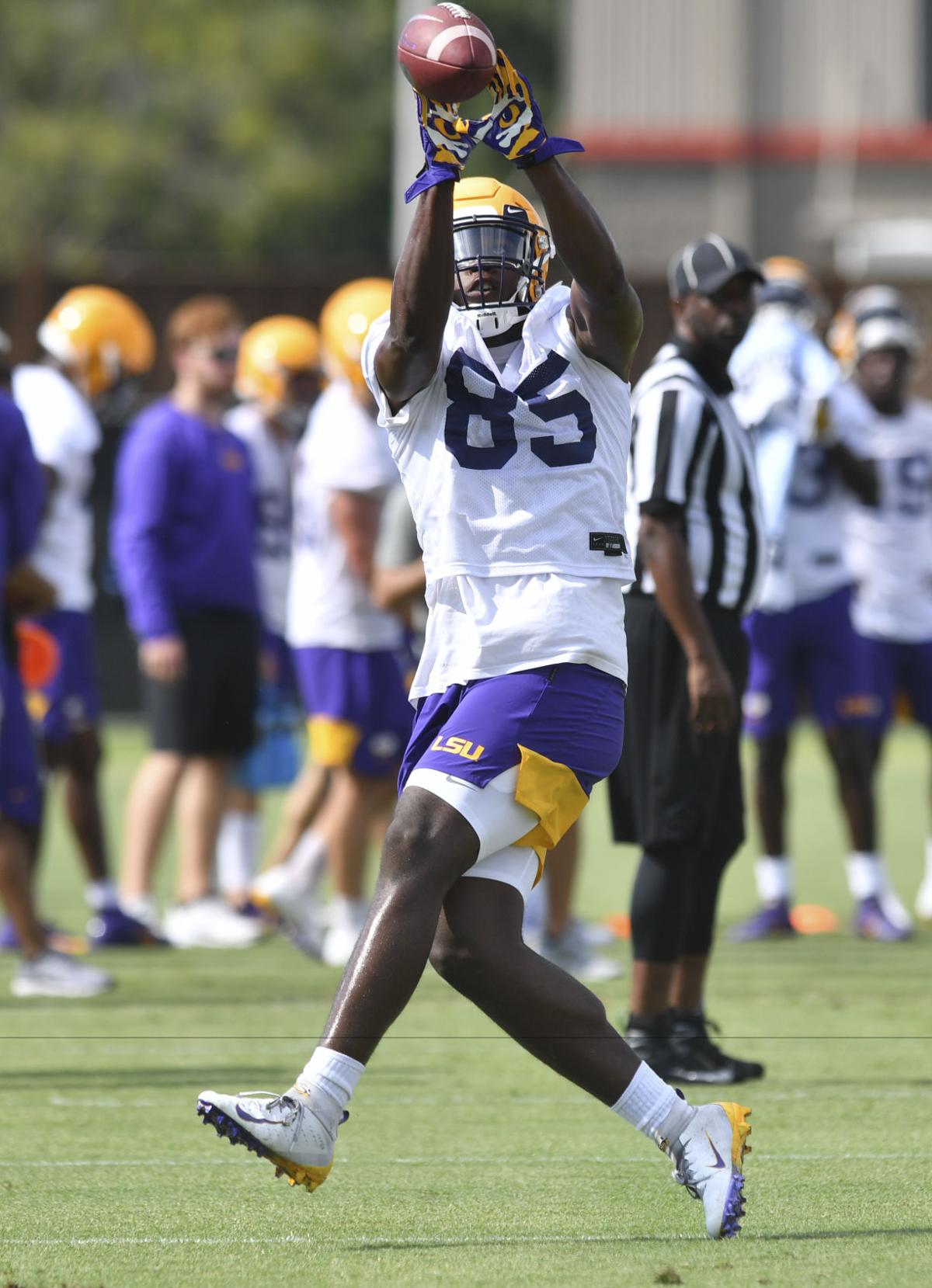 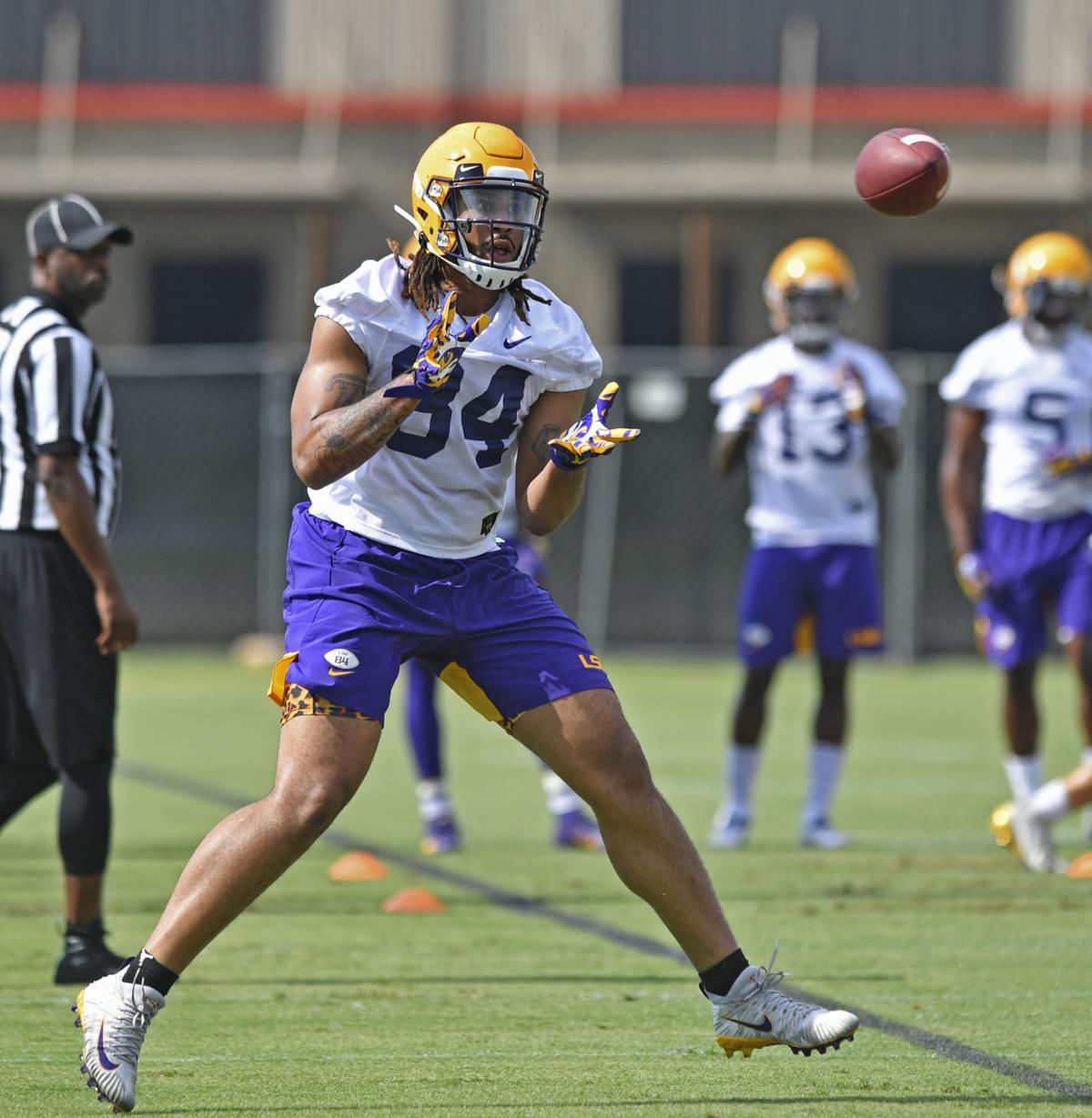 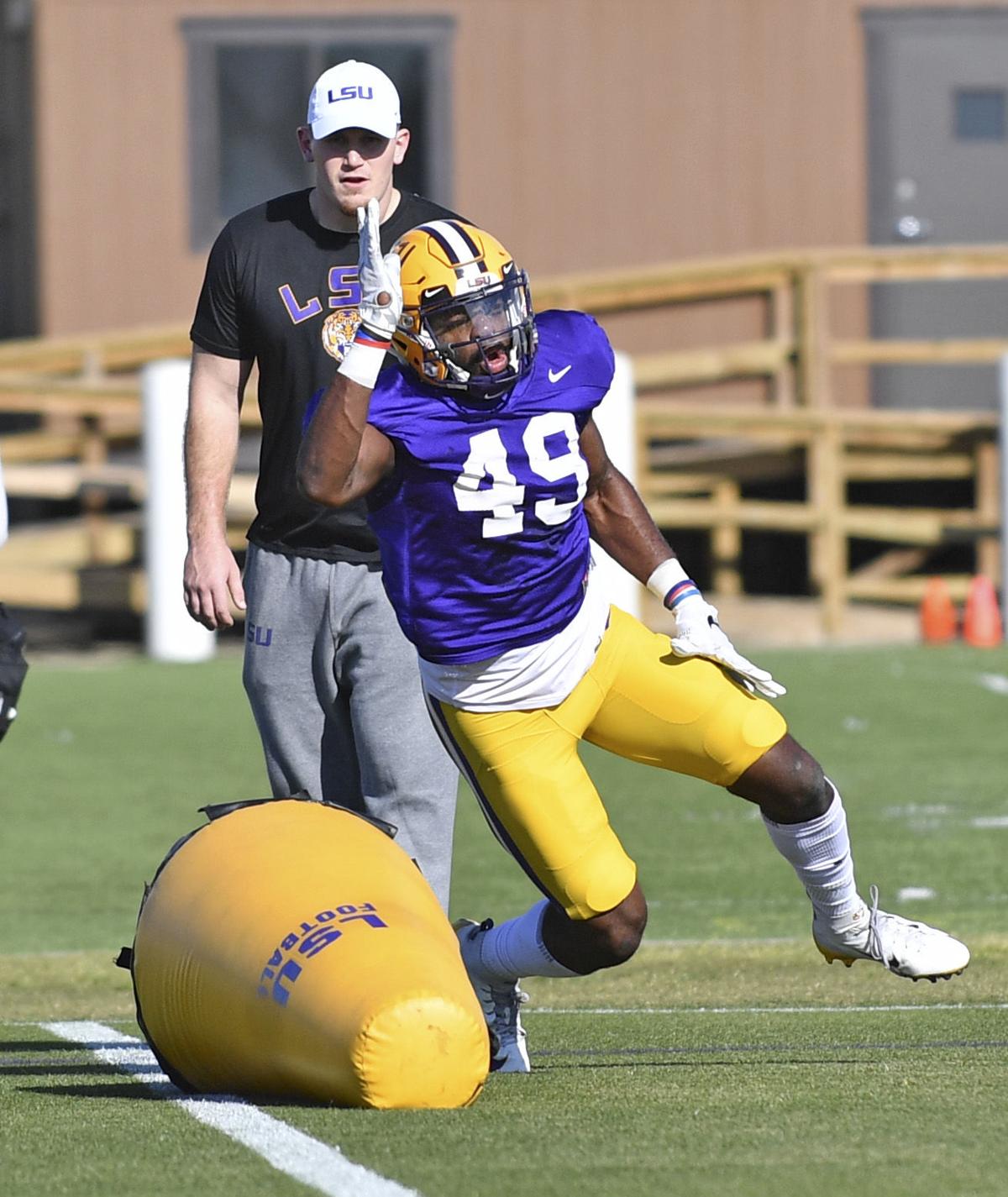 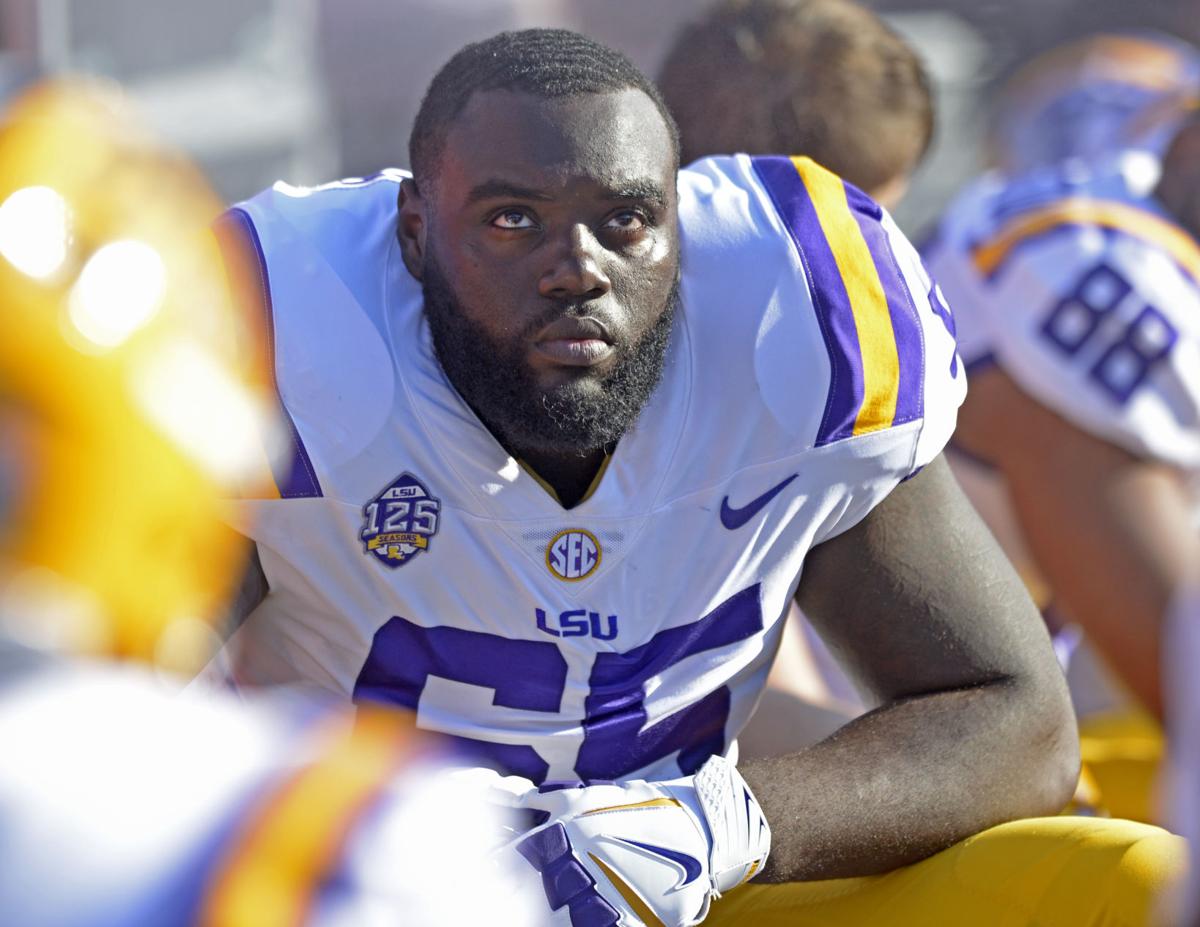 LSU offensive lineman Jakori Savage (65) looks toward the scoreboard as the Tigers faced Florida on Oct. 6, 2018. 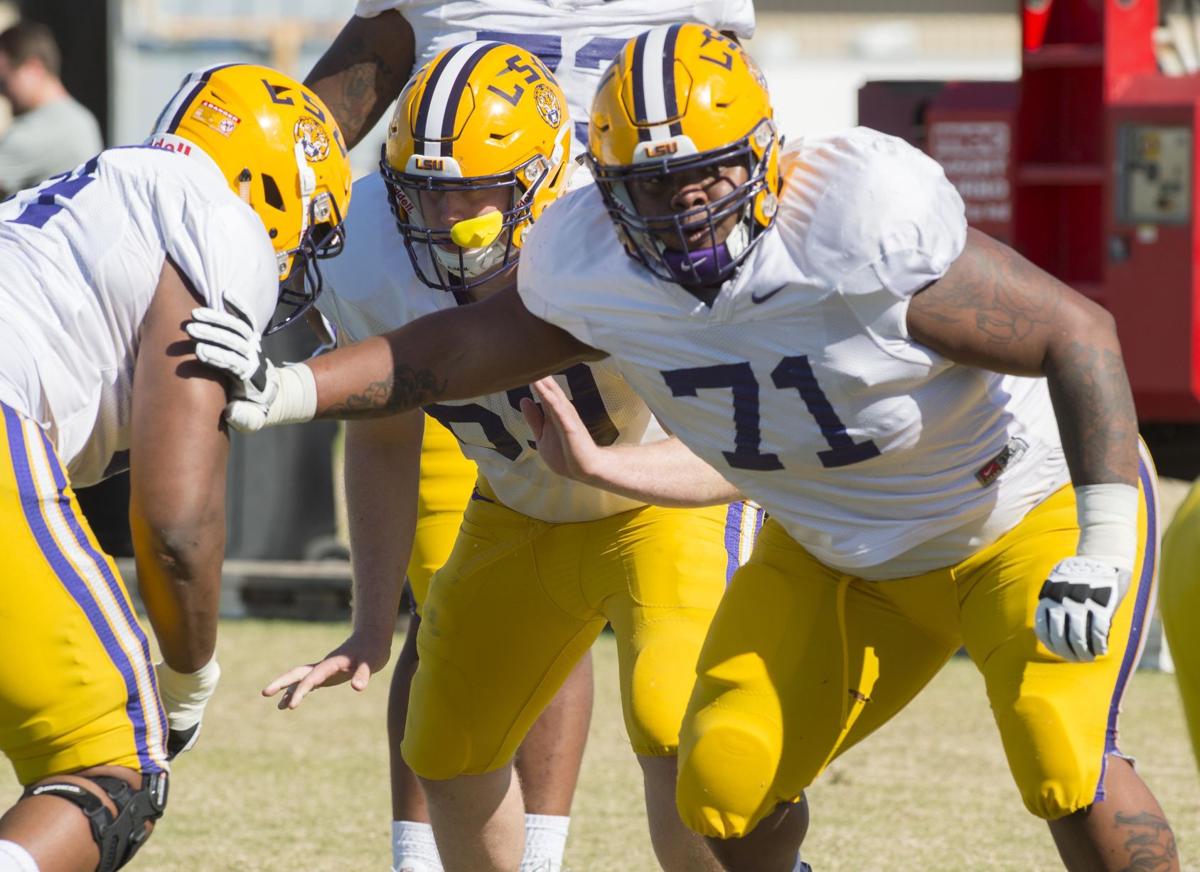 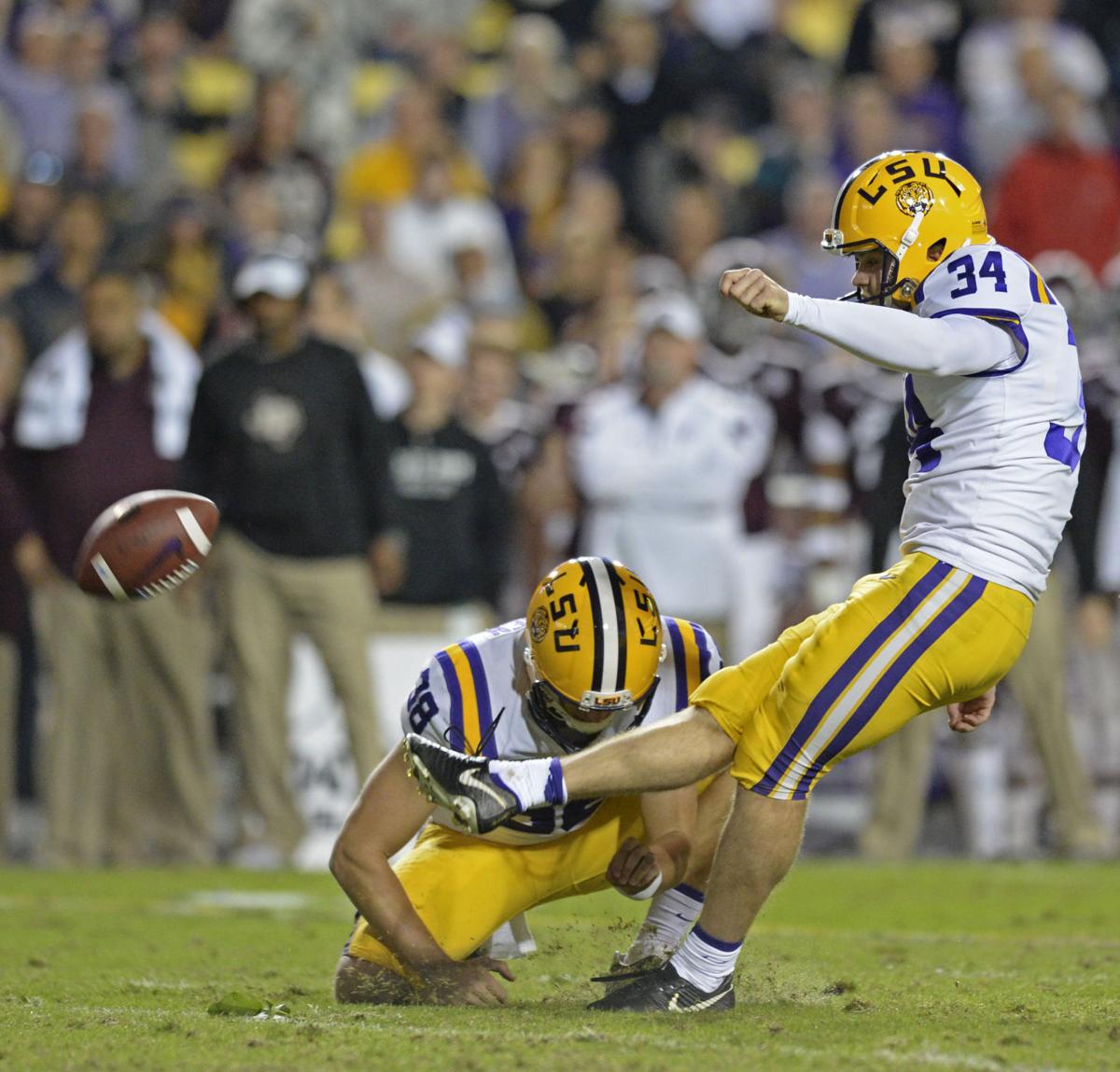 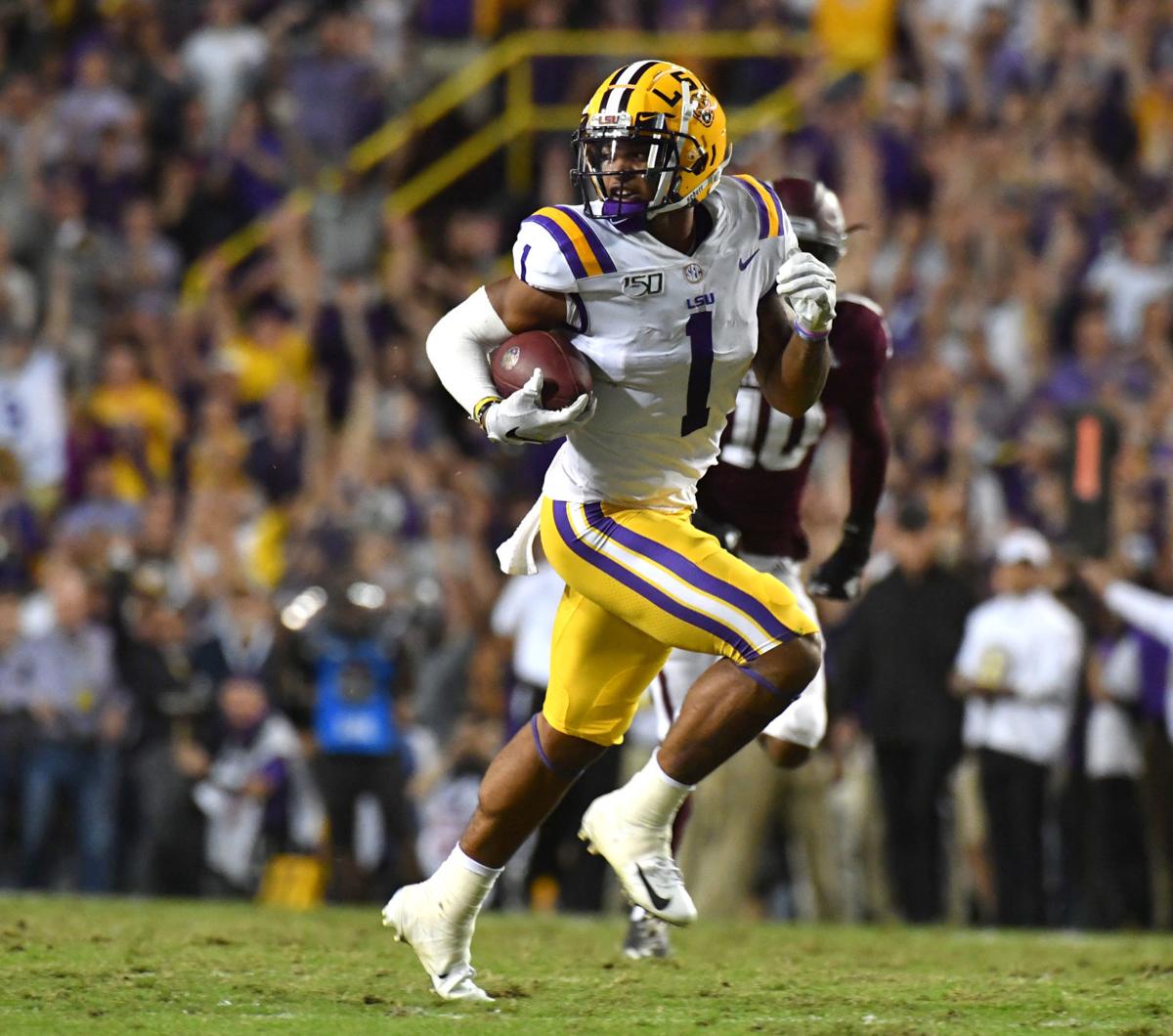 Alabama defensive back Jordan Battle (9) celebrates as LSU running back Tyrion Davis-Price (3) is stopped short in the first half between the Tigers and the Crimson Tide, Saturday, December 5, 2020, at LSU's Tiger Stadium in Baton Rouge, La.

It's not just LSU's 3-5 record; it's also the lack of familiar faces. A program record 14 players were drafted in April, and there are now 17 more members of that roster that are no longer playing for LSU for a variety of reasons -- from opt outs to transfers to suspensions.

This week, reports emerged that one of the new faces on the 2020 roster is considering opting out in freshman tight end Arik Gilbert.

But where are all those players from the title run now? A handful are preparing for the upcoming NFL draft, others are playing for other programs already or waiting out a transfer season, while some are yet to choose a destination.

Scroll through the list below for the latest on 17 former Tigers from 2019 in the NFL, and 17 who are still in college, but not with LSU football.

NOW IN THE NFL

* = players that left after senior season

A handful of draft-eligible players didn't leave LSU before the 2020 season, but chose to opt out before or during the season due to the coronavirus pandemic.

NOTES: A key member of LSU's 2019 title run with a program-record 20 touchdown receptions was in a different situation from many other star players on that roster in not being eligible for the draft after the season. The likely top-10 pick was the first from the Tigers' 2020 roster to announce he'd be opting out due to coronavirus concerns as he prepared for the 2021 draft. CLICK HERE FOR MORE INFO

NOTES: Vincent was the second player to opt out for the 2020 season, announcing his decision via Twitter in mid-August. Vincent, the lone senior among the opt-outs, is preparing for the 2021 NFL draft where he is projected to be a Day 3 selection. CLICK HERE FOR MORE INFO

NOTES: Shelvin followed suit with Chase and Vincent in opting out during the offseason, but reportedly considered changing course and returning to the Tigers anyway. That was the decision by defensive end Neil Farrell after initially announcing he'd opt out. In the end the big nose tackle remained on the shelf as he prepared for the 2021 draft. He's projected to be a Day 2 pick. CLICK HERE FOR MORE INFO

NOTES: Moore is the lone LSU player to opt out without intentions to enter the 2021 NFL draft. Moore played in LSU's first two games of the season before announcing he'd opt out the rest of the way, and also entered the NCAA transfer portal. Moore chose Arizona State as his transfer destination and will be immediately eligible as a graduate transfer. CLICK HERE FOR MORE INFO

NOTES: Unlike Chase, Marshall returned for the 2020 season and starred for the new-look Tigers despite close losses to Mississippi State and Missouri early in the season. The big wide receiver followed up his third-option role in LSU's title season with 27 catches for 512 yards and 9 touchdowns over the first four games of the 2020 season as the Tigers' top option. But his production waned as LSU shifted to true-freshman TJ Finley at quarterback, with just 85 yards on 11 catches over the Tigers' next two games. Marshall's final game in an LSU uniform included 10 catches for 134 yards and a touchdown in a loss to Texas A&M. He announced after that game he'd be opting out for LSU's final three games of the season and will enter the 2021 NFL draft, where he is currently projected to be a late-first to early-second round selection. CLICK HERE FOR MORE INFO

An even larger number of former LSU players has entered the transfer portal.

NOTES: Culp was the first Tigers player to enter the transfer portal after the 2019 season. The backup placekicker's decision was reported in mid-January. Culp transferred to Nebraska and was immediately eligible under graduate transfer rules. He's been successful on 12 of 13 field goal attempts and 14 of 14 PATs in his final collegiate season. CLICK HERE FOR MORE INFO

NOTES: Campbell was the second player to transfer following the 2019 season. He chose Louisiana Tech as his transfer destination and was immediately eligible to play as a graduate transfer. CLICK HERE FOR MORE INFO

NOTES: Monroe opted to enter the transfer portal late in the offseason after appearing in 12 games during the 2019 title run. He chose Texas Tech as his new football home, where he was immediately eligible to play as a graduate transfer. Monroe has seen action in 10 games for the Red Raiders this season, accumulating 60 total tackles, 2 forced fumbles (1 recovery) and 2 passes defensed. CLICK HERE FOR MORE INFO

NOTES: Pettigrew entered the NCAA transfer portal in August and said he was seeking more playing time in his final collegiate season. He chose McNeese State as his destination and was eligible to play immediately as a graduate transfer. CLICK HERE FOR MORE INFO

NOTES: Brooks played in 11 games for LSU in 2019, but opted to enter the NCAA transfer portal in July. He chose TCU as his destination and was granted a waiver to gain immediate eligibility with the Horned Frogs. He's seen limited action in his sophomore season, logging just two tackles across TCU's nine games thus far. CLICK HERE FOR MORE INFO

NOTES: McLendon entered the NCAA transfer portal in late-August after a one-year run in Baton Rouge that saw him convert from tight end to defensive end. He is yet to choose a transfer destination. CLICK HERE FOR MORE INFO

NOTES: Ika played at nose tackle in 13 games for LSU in 2019, but had a limited role to begin the 2020 season. He started against Vanderbilt in the Tigers' second game, but went to the bench in place of Glen Logan against Missouri. LSU coach Ed Orgeron projected more time for Ika against Florida, but that game was postponed. He saw limited action against South Carolina the next week, with reports emerging the following week that he'd enter the transfer portal. Ika has not yet chosen a transfer destination. CLICK HERE FOR MORE INFO

A handful of players from LSU's 2019 roster are not with the current squad due to disciplinary reasons.

NOTES: Parker was indefinitely suspended in September before his redshirt freshman season and has since had his named removed from the team's roster following an arrest for alleged battery of a dating partner in Baton Rouge. CLICK HERE FOR MORE INFO

NOTES: Parrish was suspended indefinitely from LSU in March for what was described as a violation of team rules before entering the NCAA transfer portal. He landed on Memphis as his transfer destination, but was not granted a waiver and is sitting out the 2020 season due to NCAA rules. CLICK HERE FOR MORE INFO

NOTES: Starks was suspended indefinitely by LSU in February following an arrest in Marrero, and was dismissed by the program in May. He said it was academics and not the arrest that led to his dismissal from the program. CLICK HERE FOR MORE INFO

Two players from the 2019 roster have opted to withdraw from the program.

NOTES: Savage graduated following the 2019 season and opted not to return for his final year of eligibility. CLICK HERE FOR MORE INFO

NOTES: Thomas withdrew from the LSU roster for "personal reasons" following the 2019 season. Thomas did return in February, but would leave the team before the start of preseason camp and eventually enter the NCAA transfer portal. He chose UAB as his new destination and is sitting out the 2020 season per NCAA transfer rules. CLICK HERE FOR MORE INFO

LSU may make a change at quarterback this week when the Tigers visit No. 6 Florida.