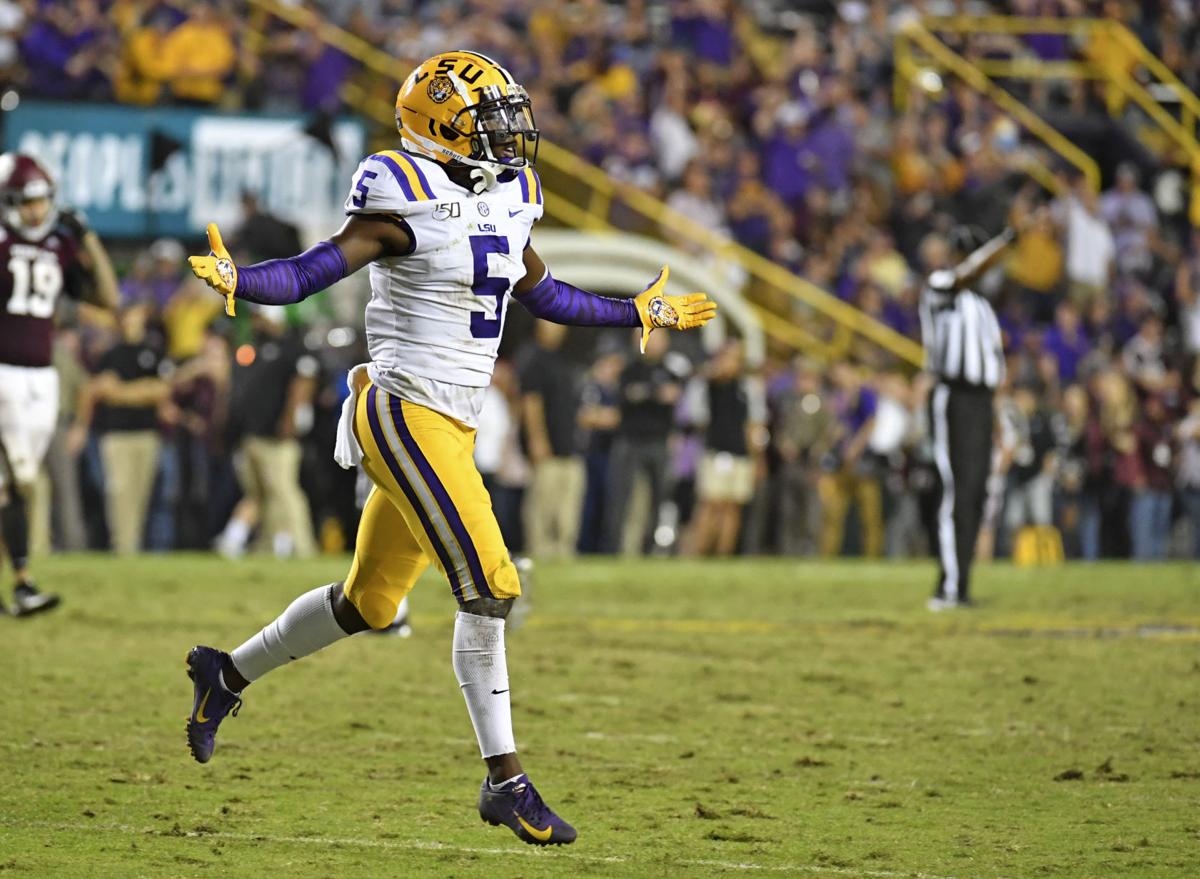 LSU cornerback Kary Vincent Jr. (5) celebrates after intercepting a pass thrown by Texas A&M quarterback Kellen Mond in the second half of the Tigers' 50-7 win over the Aggies, Saturday, November 30, 2019, at LSU's Tiger Stadium in Baton Rouge, La. 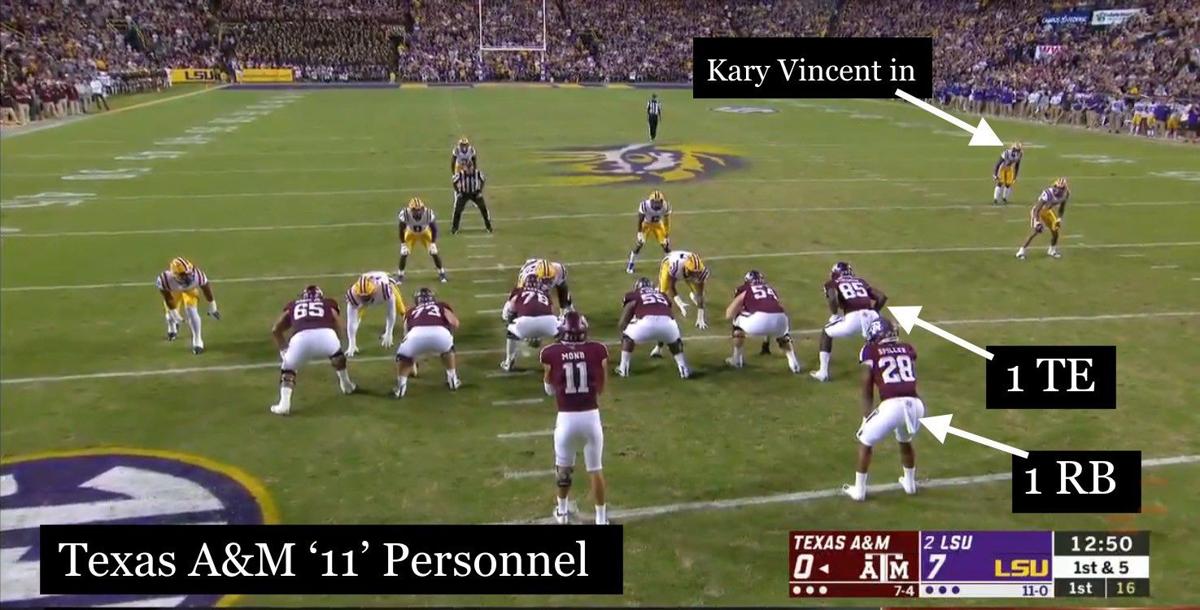 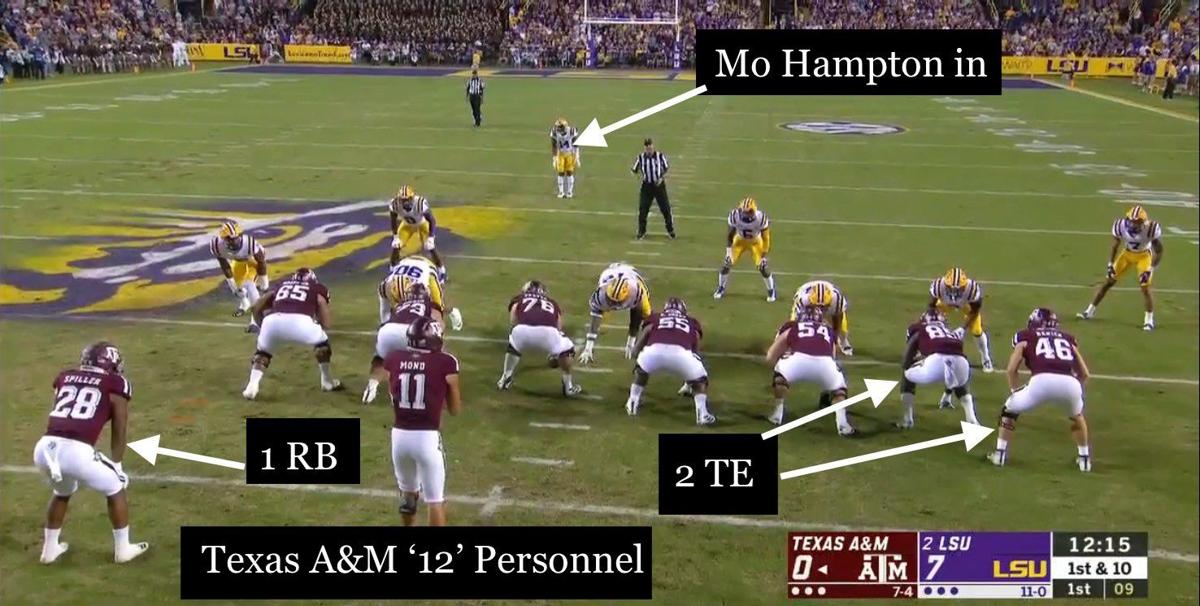 Raising hell with personnel: LSU overmatched Texas A&M from the beginning. By the end of the first quarter, the Tigers led 21-0 and the Aggies had only mustered 18 total yards of offense on 15 plays.

Yes, LSU raided the Texas A&M backfield with its most effective pass rush of the season, recording two sacks within the first three drives of the game.

But the Tigers also stomped out Texas A&M's rushing attack, limiting the Aggies to three yards on nine carries by the end of the first quarter.

The LSU defense knew it was being blamed for the program's drop from the top ranking in the country, and it responded with its most dominant p…

Hampton was named SEC Freshman of the Week in his first career start against Arkansas, when he recorded six tackles in place of the injured Grant Delpit.

Orgeron "thought the guy did tremendous," and Hampton emerged as a tool to help stop the run whenever Texas A&M used blocker-heavy offensive formations.

The LSU football team remains the No. 1 team in the country, according to the Associated Press, after the Tigers beat Texas A&M 50-7 on Sa…

Louisiana has loved Joe Burrow, and the quarterback has loved it back: 'I couldn't be more grateful'

Joe Burrow played his final game inside Tiger Stadium on Saturday night, and as LSU completed an undefeated regular season, he showed his appreciation for a place that became home.

Joe Burrow continued on his path to totally rewriting the LSU and Southeastern Conference passing records.