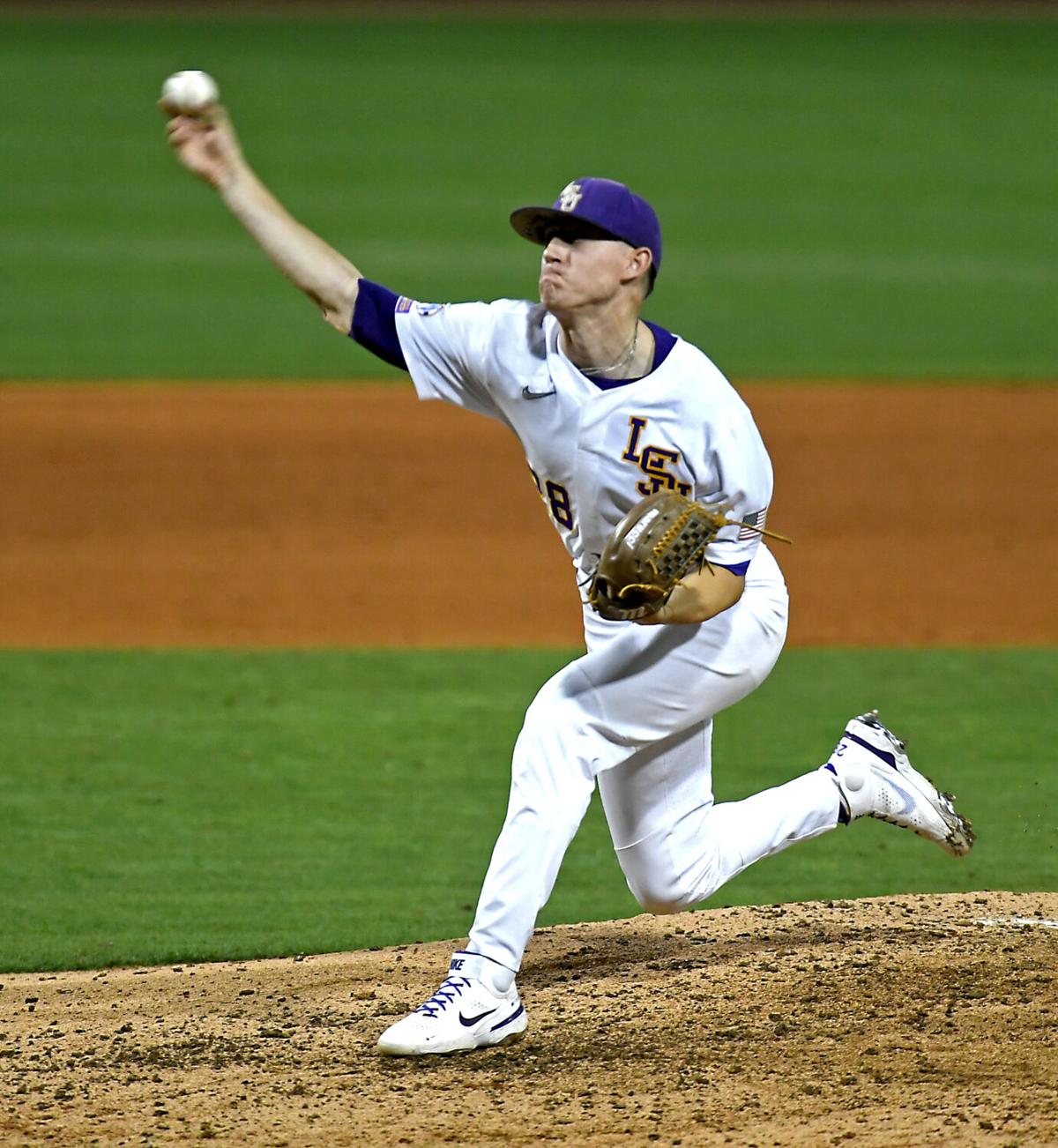 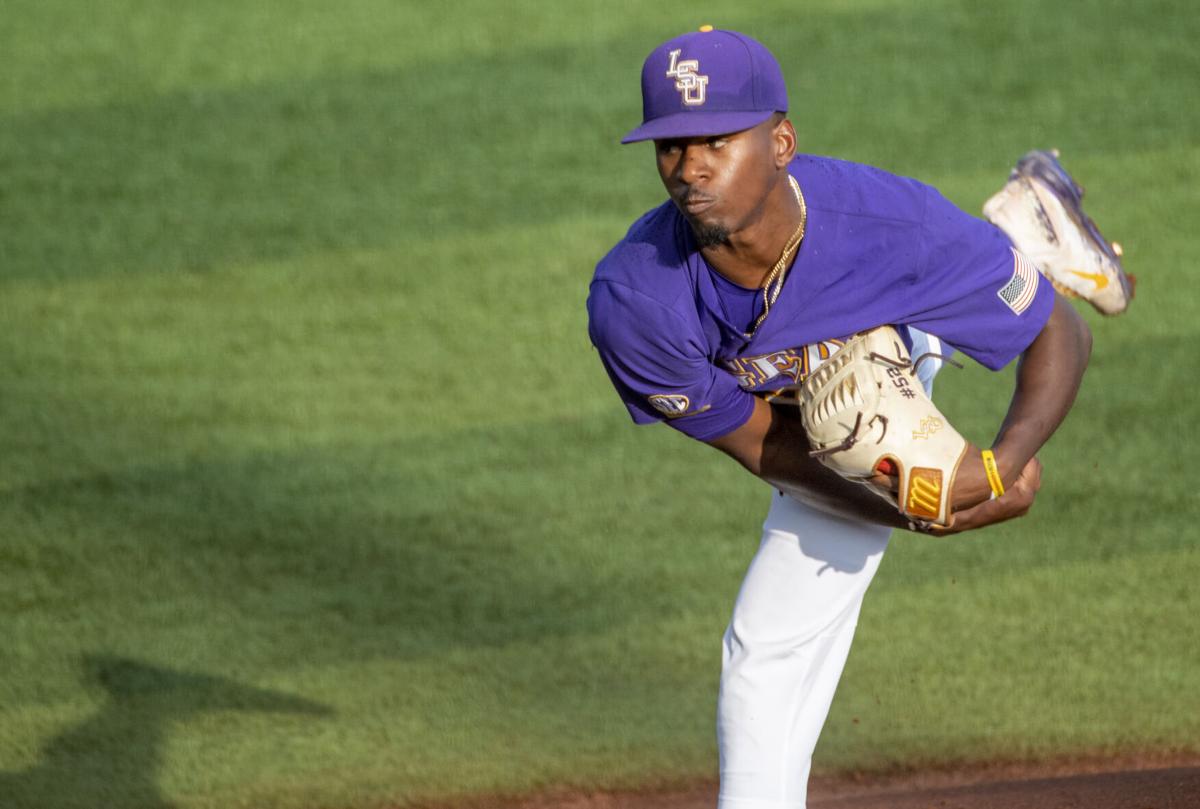 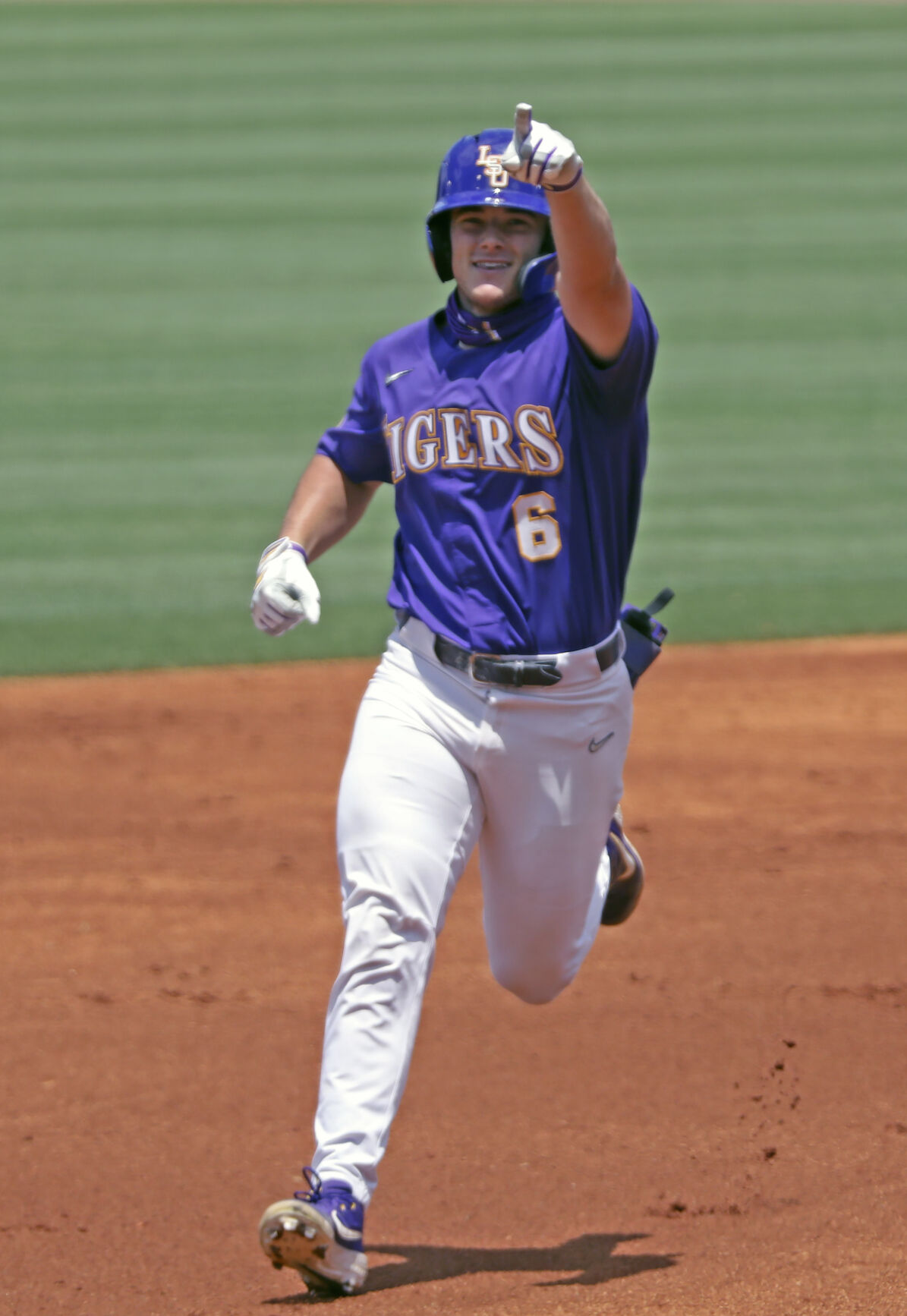 LSU left fielder Gavin Dugas (6) celebrates his home run in the first inning, Saturday, May 15, 2021 at Alex Box Stadium on the campus of LSU in Baton Rouge, La.

LSU left fielder Gavin Dugas (6) celebrates his home run in the first inning, Saturday, May 15, 2021 at Alex Box Stadium on the campus of LSU in Baton Rouge, La.

Devin Fontenot sat in the passenger seat of a car heading down a Texas highway Thursday morning to visit his extended family, and in the midst of the drive, he conducted a video news conference through a spotty internet connection.

Summer interviews are rare for college baseball players, but few programs draw attention like LSU does, so the school arranged one after Fontenot delayed his professional career. As the pitcher answered a question about what pulled him back to LSU for a fifth season, his screen froze.

“I'm about tired of these Zoom calls, man,” Fontenot said when the feed resumed. “Y'all just need to wait until we get back on campus and come talk to me in person.”

Indeed, Fontenot will come back next month, something that seemed unlikely earlier this year when he became a preseason All-American. But after an inconsistent senior season, Fontenot decided to return to LSU earlier this week when he didn’t get the offer he wanted during the Major League Baseball draft.

Fontenot wasn’t the only player who returned to LSU instead of starting his professional career. Senior pitcher Ma’Khail Hilliard and junior outfielder Gavin Dugas also came back, giving LSU the three players coach Jay Johnson called his top priority during the draft.

Jay Johnson on 'anticipated' losses in MLB draft, retaining players and what comes next for LSU baseball

“You look across the College World Series teams this year, one theme was they were all old and experienced,” Johnson said. “I can't understate or overstate how important that is.”

The players passed through the draft for different reasons, but they came back with a similar goal: to help LSU return to the College World Series and win a national championship. In the process, they hope to improve their draft stock.

As roommates on LSU’s road trips, Fontenot and Hilliard had talked about their futures for months. They both envisioned themselves playing professional baseball one day, but they set certain expectations for themselves in the draft. Fontenot wanted to go in the top five rounds. Hilliard hoped to hear his name by the 10th round and sign for about $200,000. Neither got the offers they wanted.

“I want to help the team,” Fontenot said, “and I also want to help myself to be that much closer to getting what I think I can get.”

Hilliard also felt pulled back to LSU after the death of his father, Keith, last month. Hilliard said the loss of his father “completely changed” his mindset. He went from set on beginning his professional career to wondering if he should stay at LSU. His father had wanted him to stay in college for another year and earn his master’s degree.

“So that's what I plan on doing.” Hilliard said.

While Hilliard and Fontenot decided to return after the second day of the draft, Dugas waited until the event ended Tuesday afternoon. He similarly didn’t receive an offer high enough to prevent him from coming back to school, especially with two more years of eligibility after losing one because of the coronavirus pandemic.

When it once seemed like they may not return to LSU, the players will move back to campus next month. Their presence, combined with Johnson’s hire, a new coaching staff and the transfer of All-American infielder Jacob Berry along with three other players, has filled the team with excitement about what it can do next season.

“I think it's the idea of something new coming our way,” Dugas said. “Not in a bad way at all. Nothing negative toward anything that's happened in the past. It's just a fresh start. It's something exciting to look forward to, something new that a lot of people don't know of. Not only are the fans looking forward to it, I think the players are as well.”

Earlier this week, Dugas sat in his house after he had decided to return. He thought about what LSU could accomplish next season, and he felt a rush of excitement and appreciation to keep playing at the school he once dreamed of attending. He sent Johnson a text message.

“I feel like,” Dugas said, “I just committed to LSU as a freshman again.”