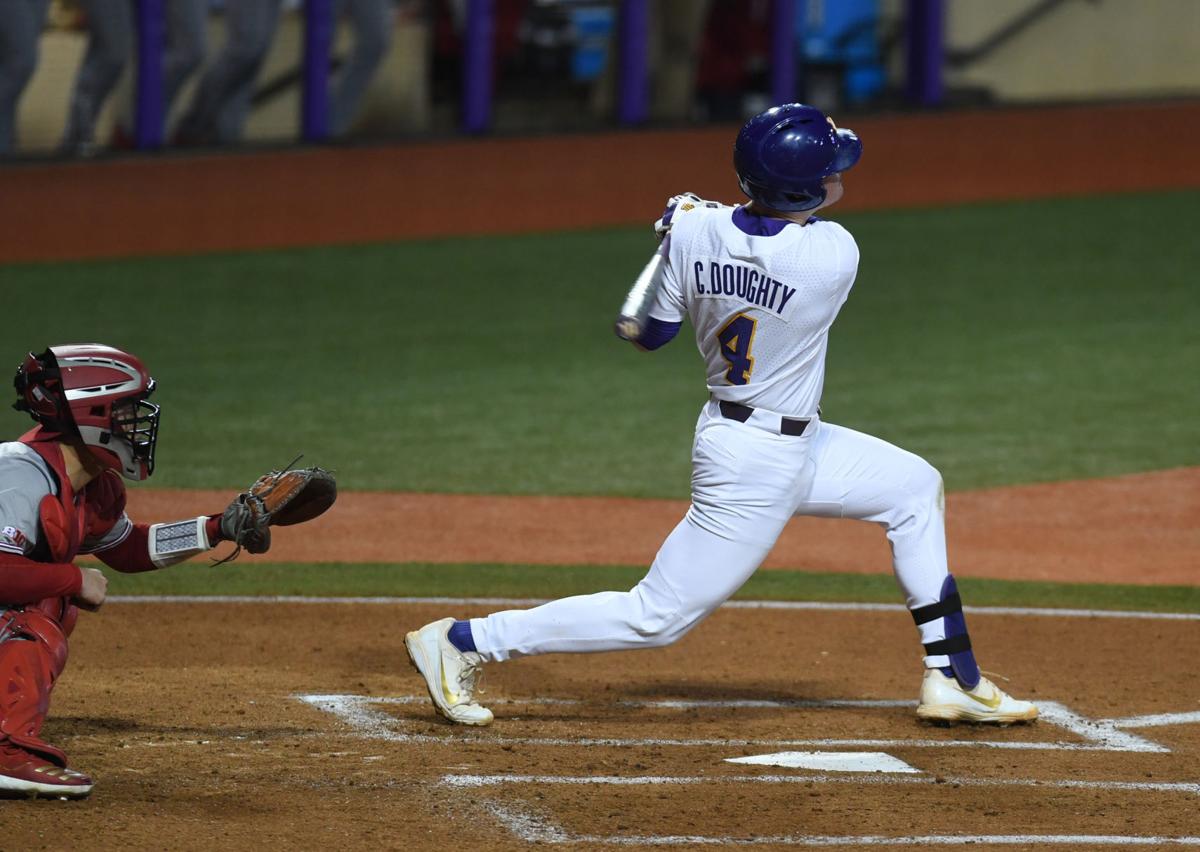 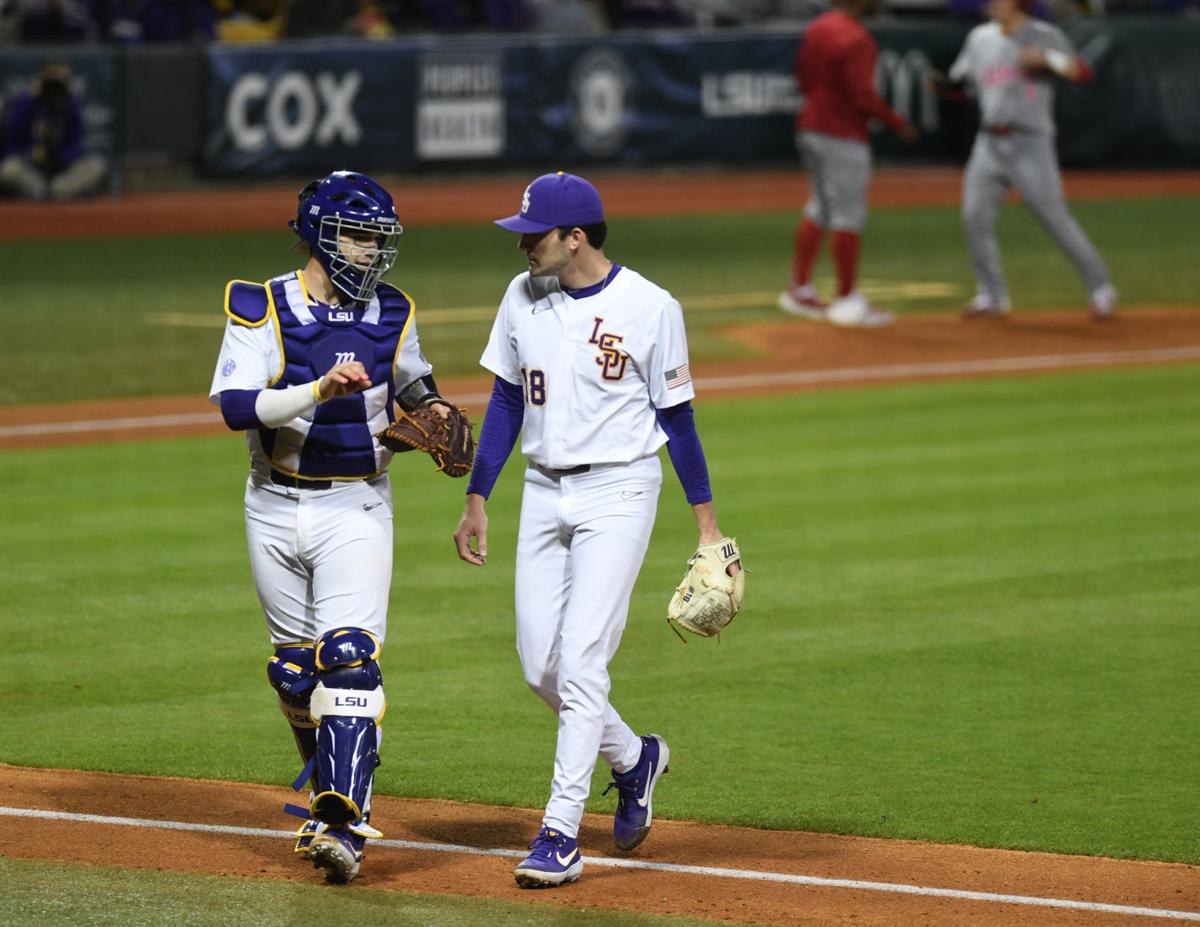 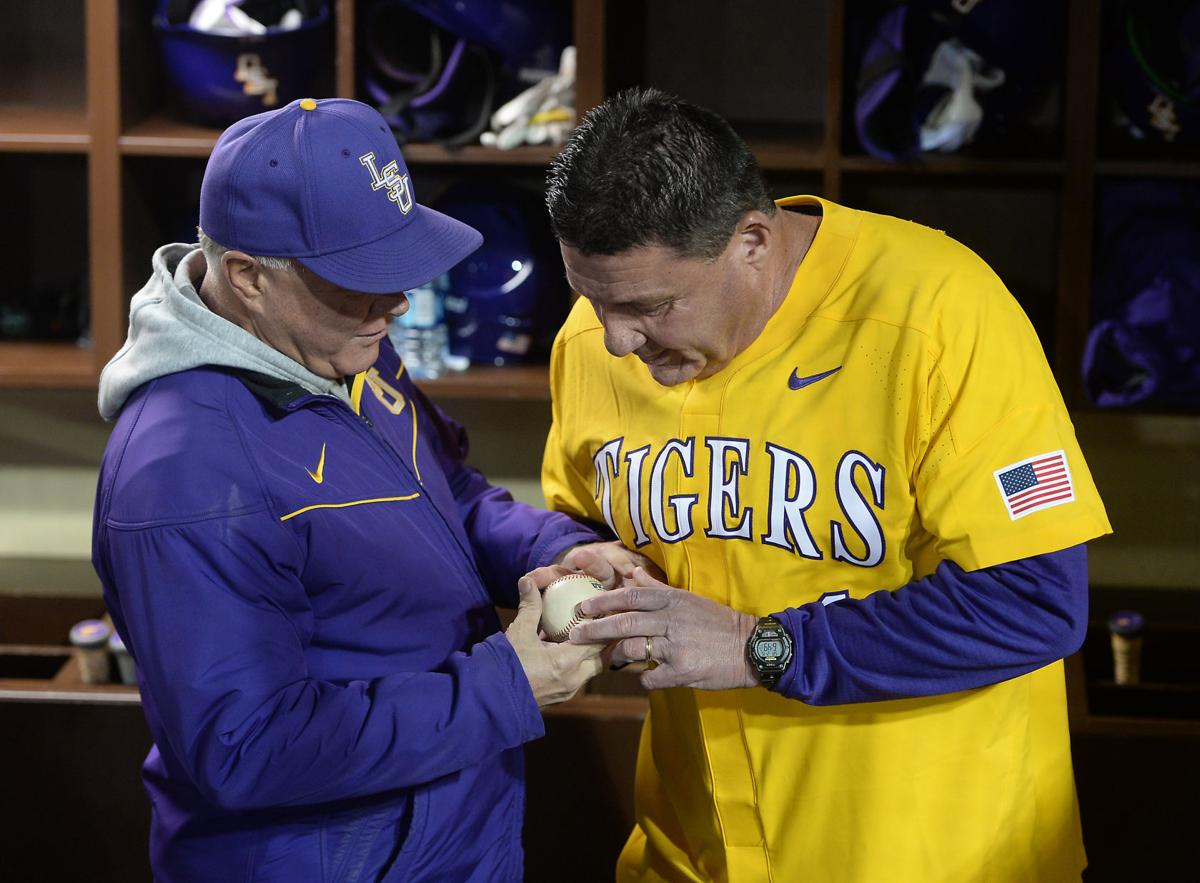 There is something special about an opening night in baseball that isn’t the same for any other sport.

At LSU, it’s something more. The first time public-address announcer Bill Franques, beginning his 32nd season behind the mic, intones, “Ladies and gentlemen, boys and girls!” The “K Lady,” Anita Haywood, unpacking her cache of purple and gold “K” signs after their long slumber since June.

As discussions about potential surround them, the core of LSU's pitching staff understands they must maximize their talent for the Tigers to reach the College World Series. But they cannot do it alone.

And it’s the hope. The indomitable hope that this will be “The Year” for the Tigers. Or at least the latest “The Year” that will allow LSU to update The Intimidator billboard in right field with that long-awaited seventh College World Series title.

Maybe a little national championship football magic will rub off on these Tigers. LSU football coach Ed Orgeron, wearing a No. 1 “Coach O” gold jersey, threw out the first pitch to LSU outfielder/defensive back Maurice Hampton Jr. just before LSU’s season opener Friday night against Indiana. Coach O bounced it in there, we must report, but they cheered all the same, like you do any time the guy who just led you to the best season in school history does anything.

The only thing that would have made the moment better: If Orgeron had gone out to the mound, turned to the dugout, tapped his right arm and Joe Burrow had run out to deliver a sizzling strike to Hampton. Yeah, I know, that’s fairy tale-type stuff, but wasn’t the entire football season a fairy tale?

But back to the sport of the moment. It was a late-arriving crowd at The Box, which was more like The Ice Box for this opener. Weather more suitable to Bloomington, Indiana, than Baton Rouge started at 52 degrees for opening pitch but soon was dipping as night fell, bound for 46 degrees by game's end. The cold definitely had a chilling effect on the opening night crowd, usually a packed house at LSU, with folks looking more like they were bundled up for a trip to the duck blind instead of a baseball game.

Alex Box Stadium isn’t brand new anymore, having opened in 2009, the year of LSU’s last CWS title. But there were new additions to the ballpark, welcome ones like protective netting extending to the end of the grandstand roof down both baselines (definitely a good thing), a snazzy new auxiliary scoreboard in right field … and booze.

LSU made more than $2.2 million off stadium-wide alcohol sales during football season, and that was for seven home games. One figures baseball, with 30 more home games than that, will add handsomely to that total.

Imagine the possible drinking games. Hit a home run, chug a beer. Steal a base, chug a beer. Paul Mainieri goes out to change pitchers ... you get the gist. But in a sport that has designated hitters, remember designated drivers are just as important.

Whether you want to imbibe or not, it definitely adds a layer of atmosphere to the ballpark. When Kevin Costner’s Ray Kinsella character asks James Earl Jones’ world-weary Terence Mann what he wants when they go to Fenway Park in “Field of Dreams,” Jones launches into his “I want my privacy!” diatribe.

“No,” Costner asks, gesturing to the concession stand behind them, “what do you want?”

Now a hot dog and a beer at your actual seat, concession-stand staple of ballparks the nation over, is possible at The Box. Thanks to the Southeastern Conference finally repealing its puritanical version of the 18th Amendment and allowing schools to choose whether to serve alcohol in the stands. There was even the chance to toast the appearance of LSU's first left-handed pitcher, Brandon Kaminer in the fifth, since the 2018 season.

Former LSU baseball coach and athletic director Skip Bertman suffered a couple broken ribs during a single-car accident on Friday afternoon, according to an LSU spokesman.

The only thing missing on opening night was former LSU coach Skip Bertman. The Skipper, 81, was roughed up in a single-car accident on Friday but would otherwise have been at The Box, the stadium he ordered built when he was LSU’s athletic director. A couple of broken ribs he apparently suffered kept him from his usual perch at the ballpark, but fortunately his statue installed in September in the courtyard outside Alex Box Stadium/Skip Bertman Field was still there to keep an eye on things. Get well soon, Skip.

As for the game, well, things certainly started smartly for the Tigers. Sophomore Cole Henry, plagued with arm issues much of last season, struck out the first batter he faced en route to a scoreless four-inning stint in which he struck out eight Hoosiers and allowed only three hits. And freshman second baseman Cade Doughty, of whom big things are expected at the plate, belted a two-run home run out of the two hole in the first inning, driving in Daniel Cabrera. Catcher Saul Garza parked a three-run homer just over the wall in left in the third.

The Tigers picked up their 19th straight season-opening win, by the way, an amazing stretch even if you figure LSU has scheduled its share of rent-a-wins to start with over the years. Indiana is not that, coming off a Big Ten regular-season championship in 2019.

Now the Tigers set their sights on winning the weekend as they go into a weather-induced doubleheader Saturday, the biggest thing to see being whether sophomores Landon Marceaux and A.J. Labas can find it in them to replicate what Henry did. A chance to turn that special opening night vibe into some real momentum to start the season.

LSU vs. Indiana, Saturday doubleheader: who's starting, how to watch, what to watch for

Who's starting, how to watch and what to watch for when LSU baseball plays a doubleheader against Indiana.