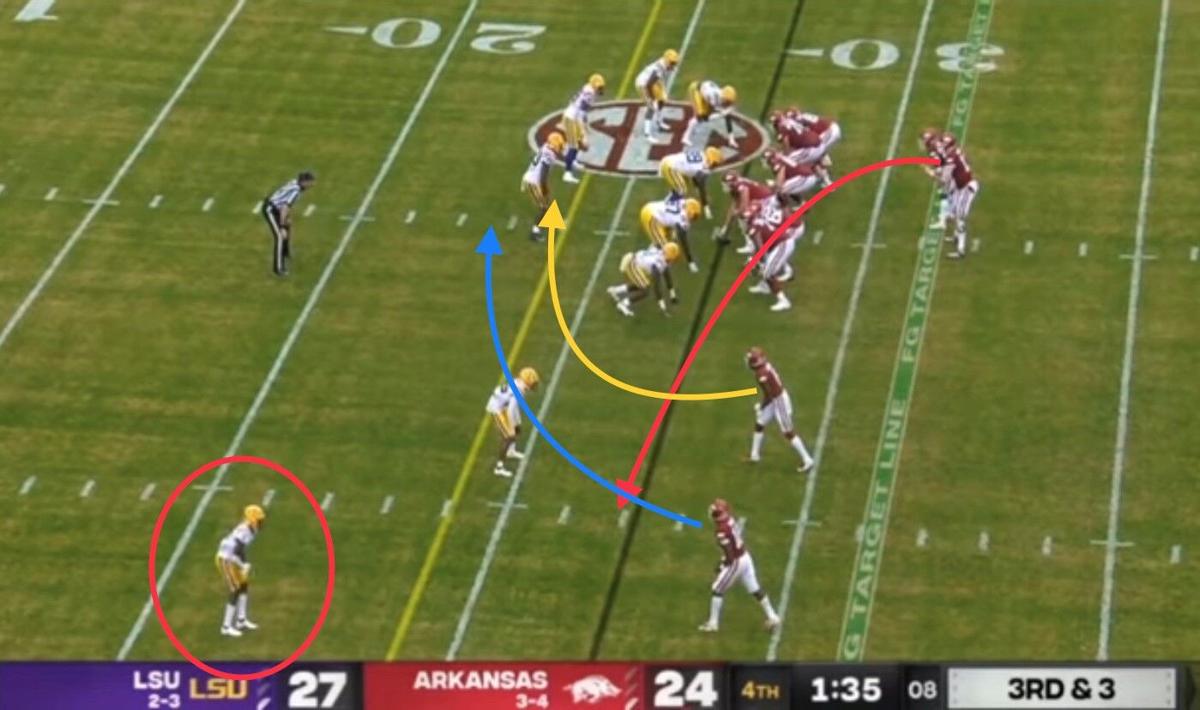 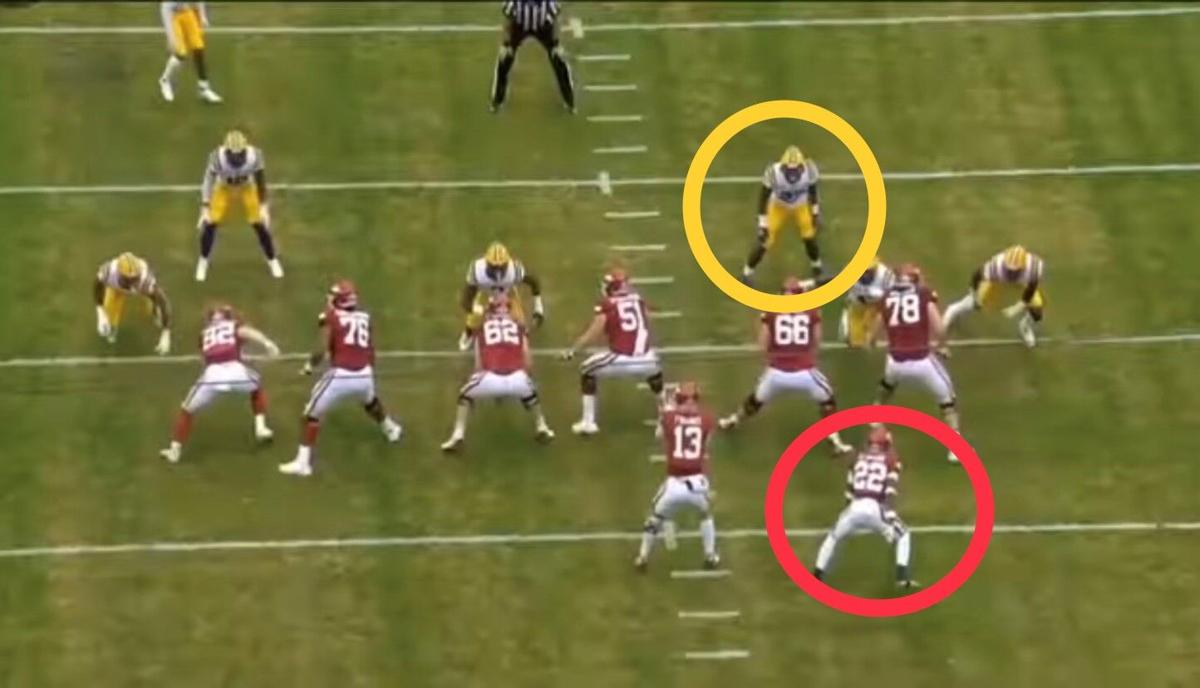 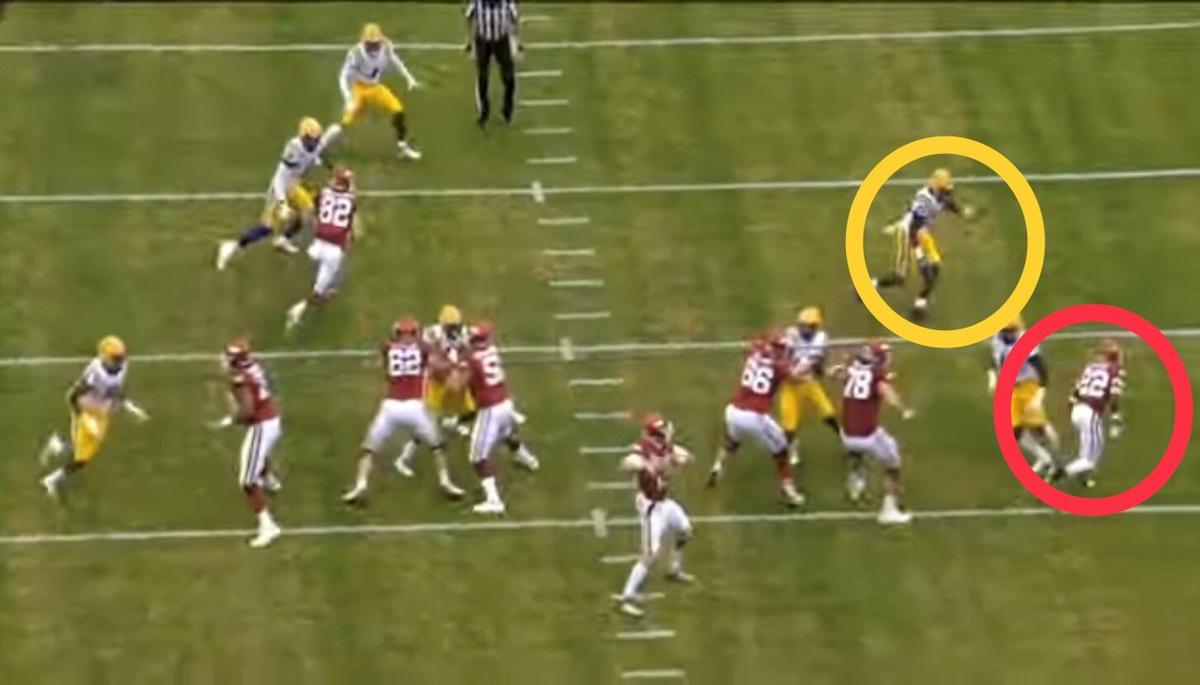 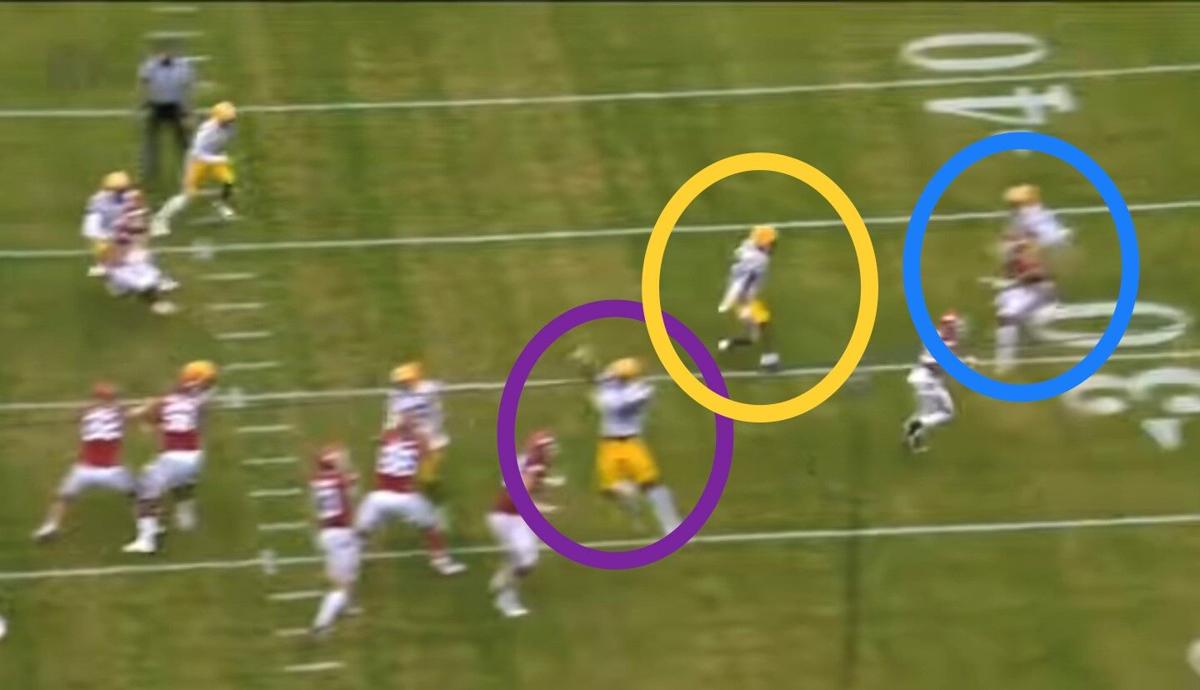 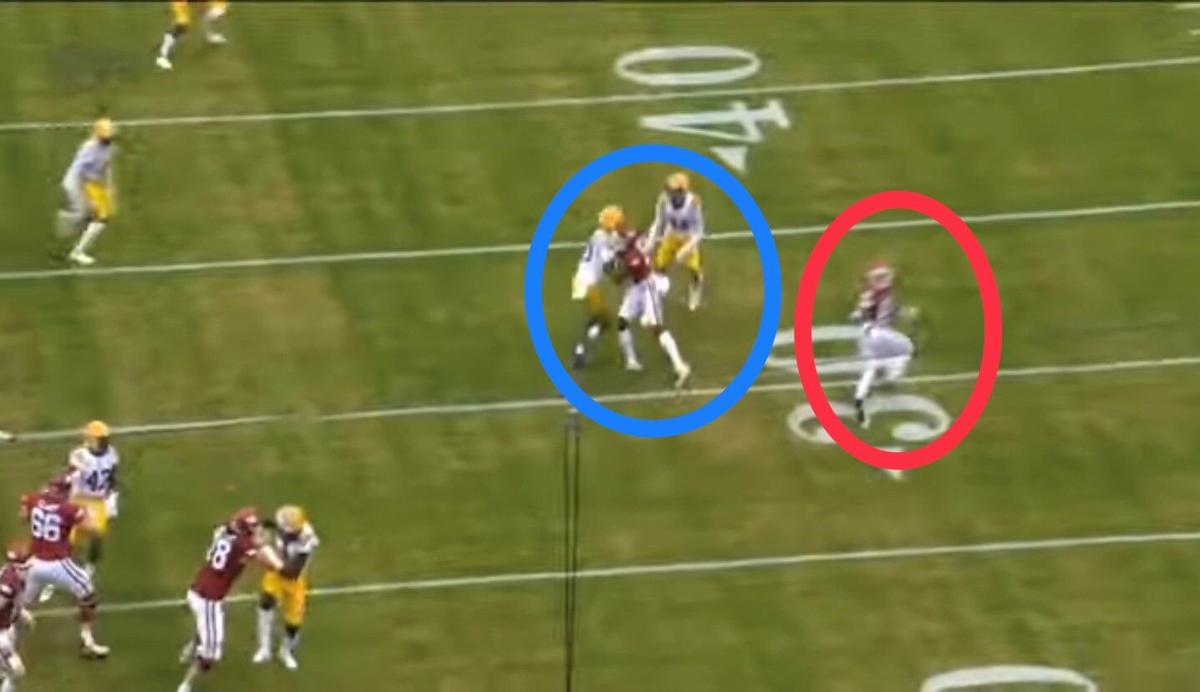 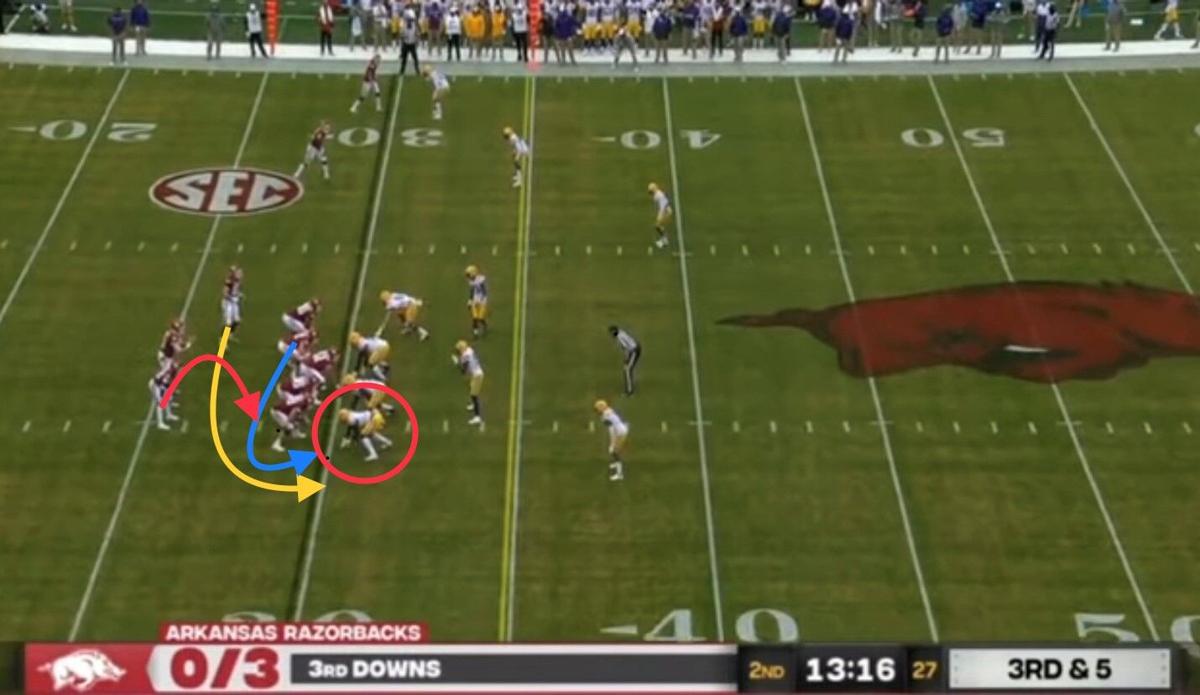 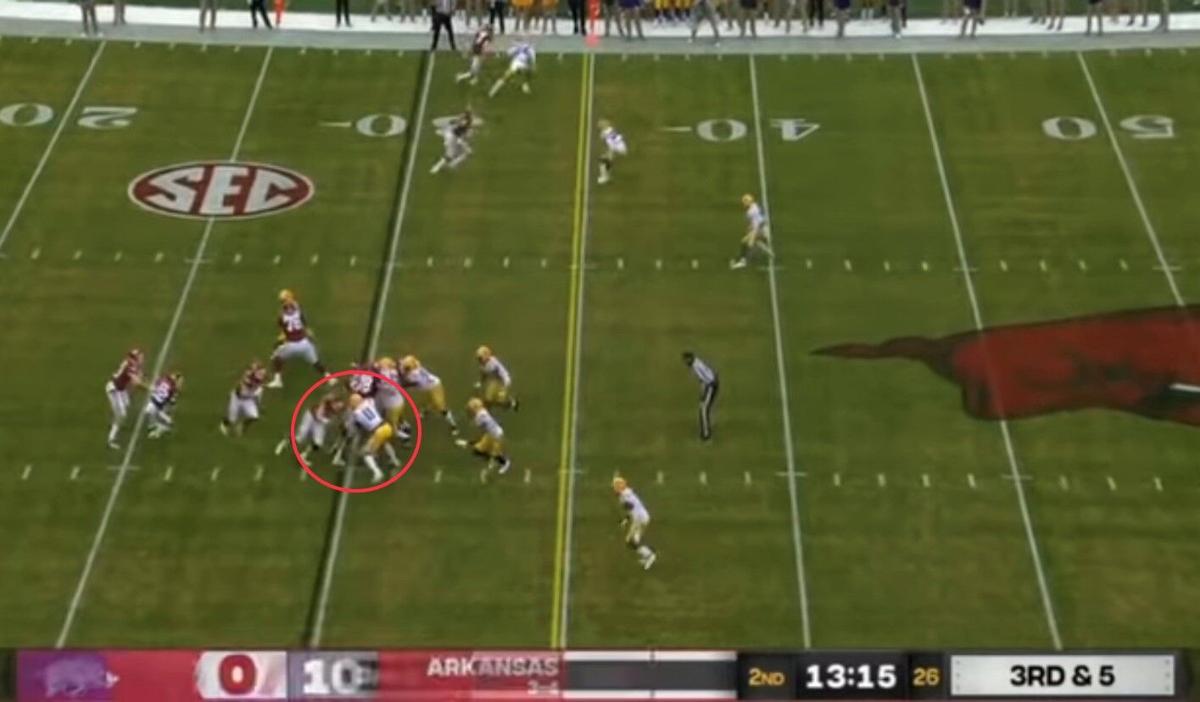 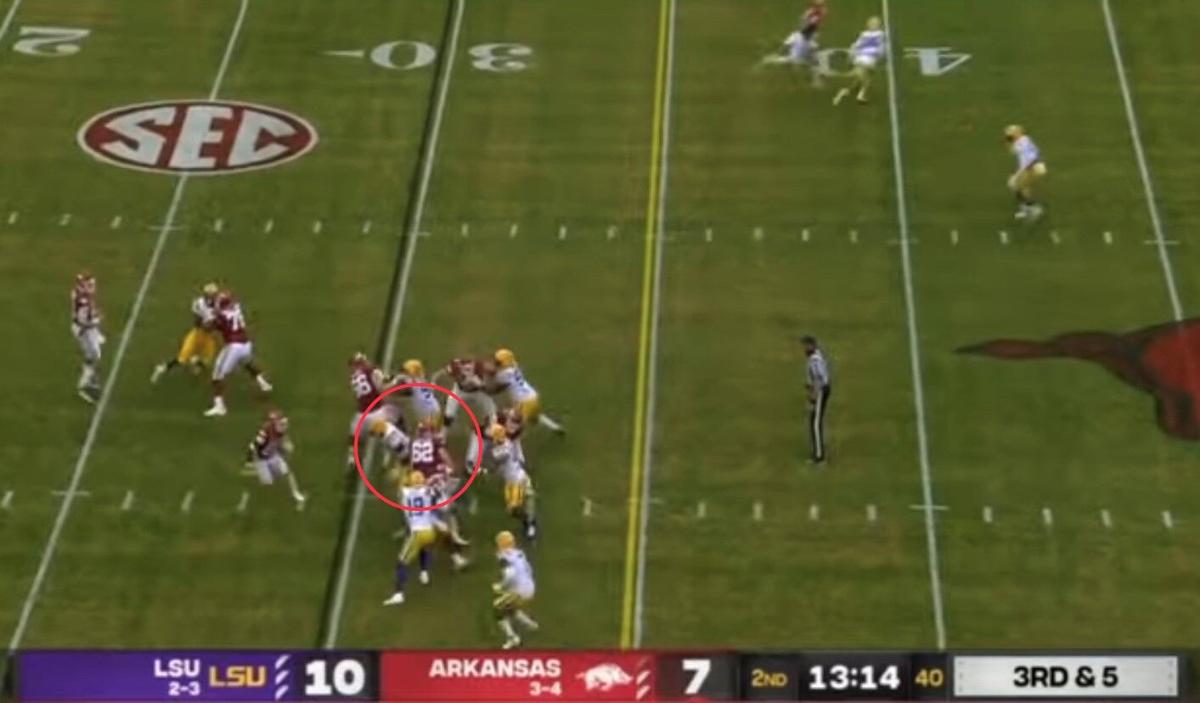 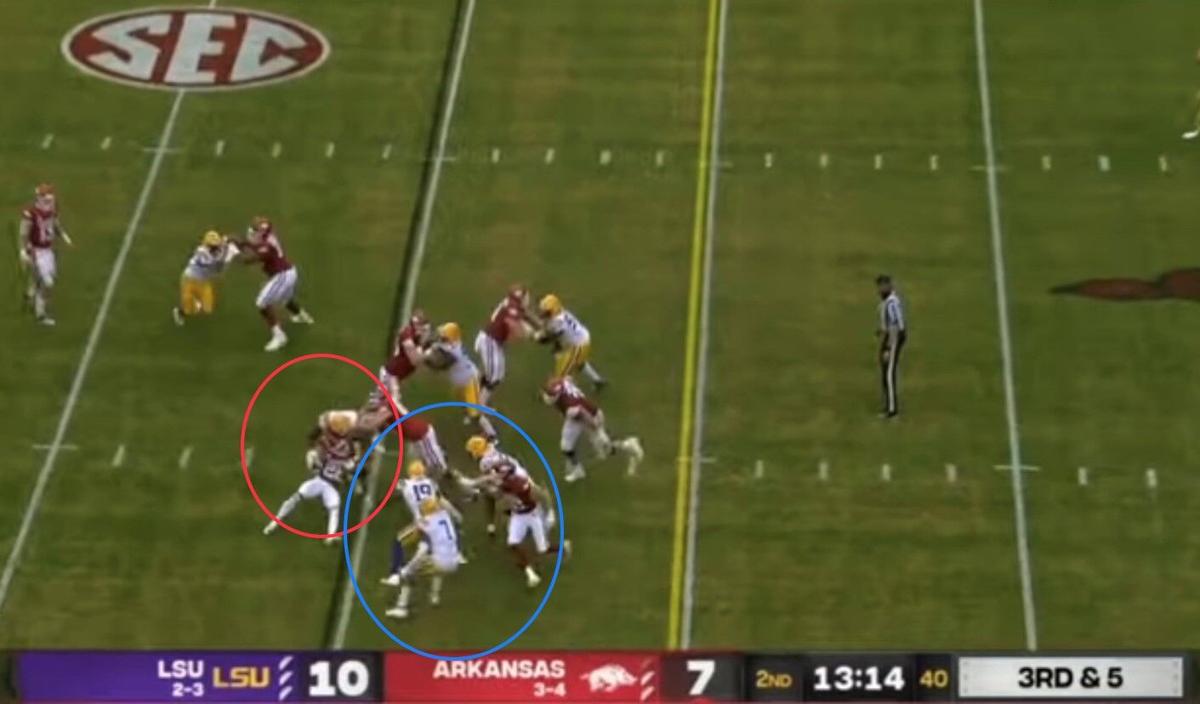 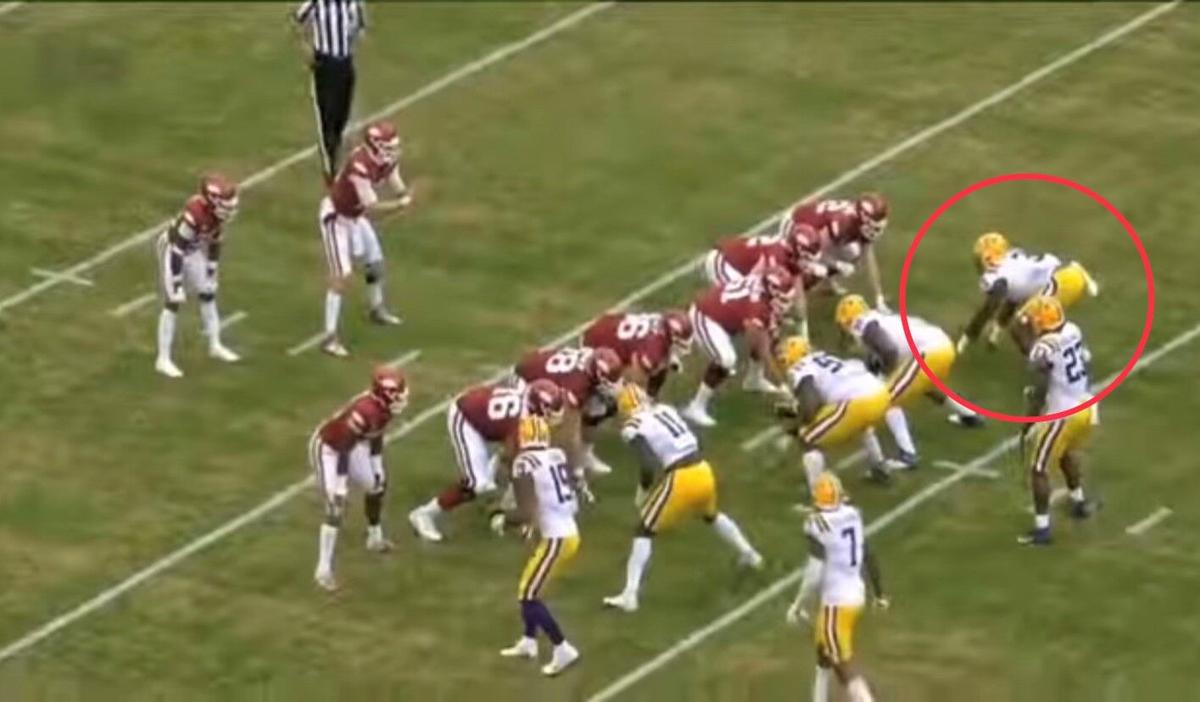 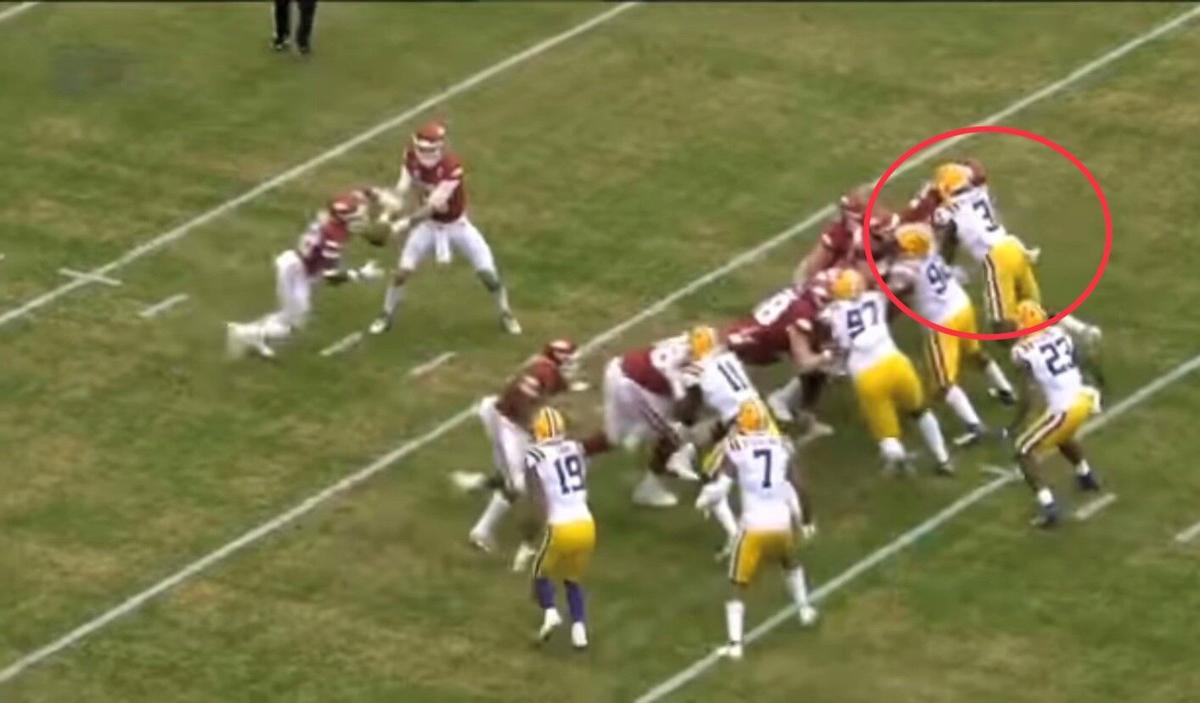 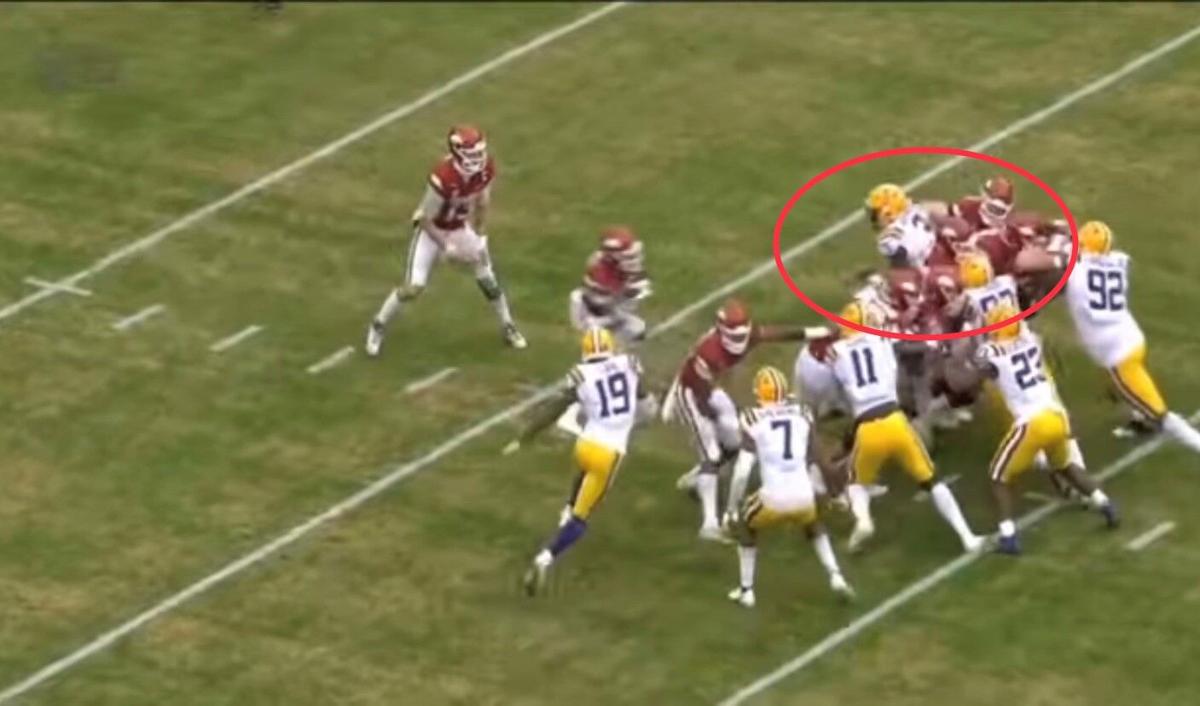 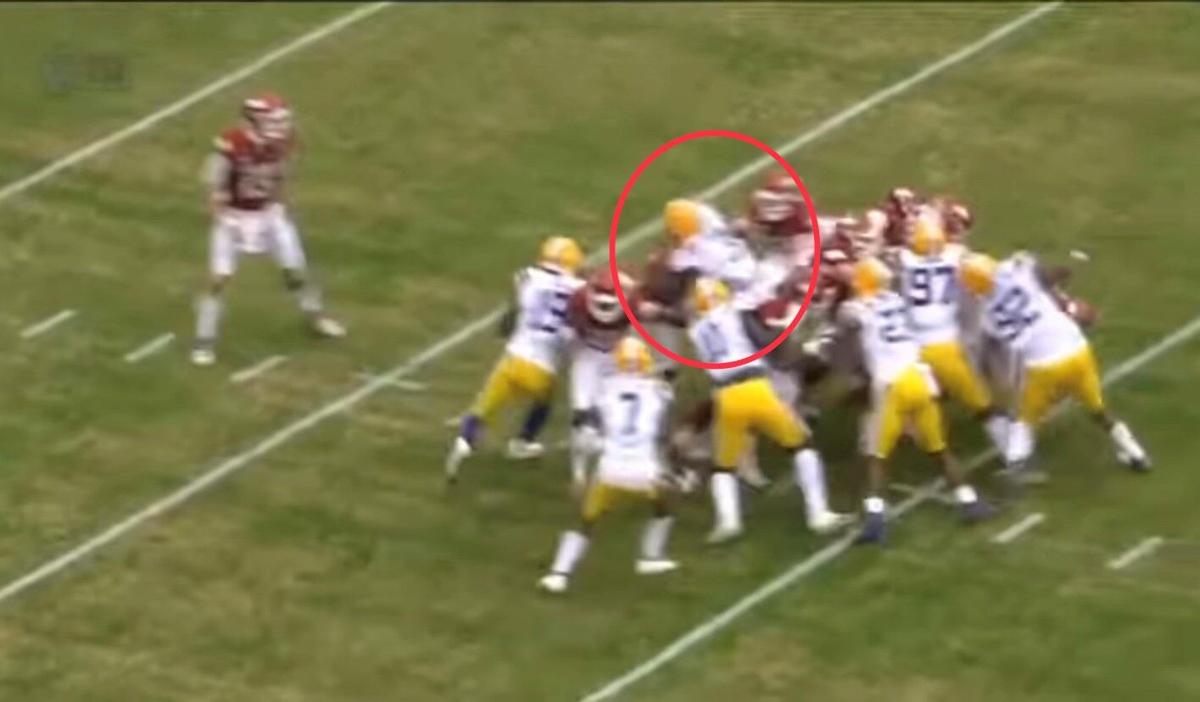 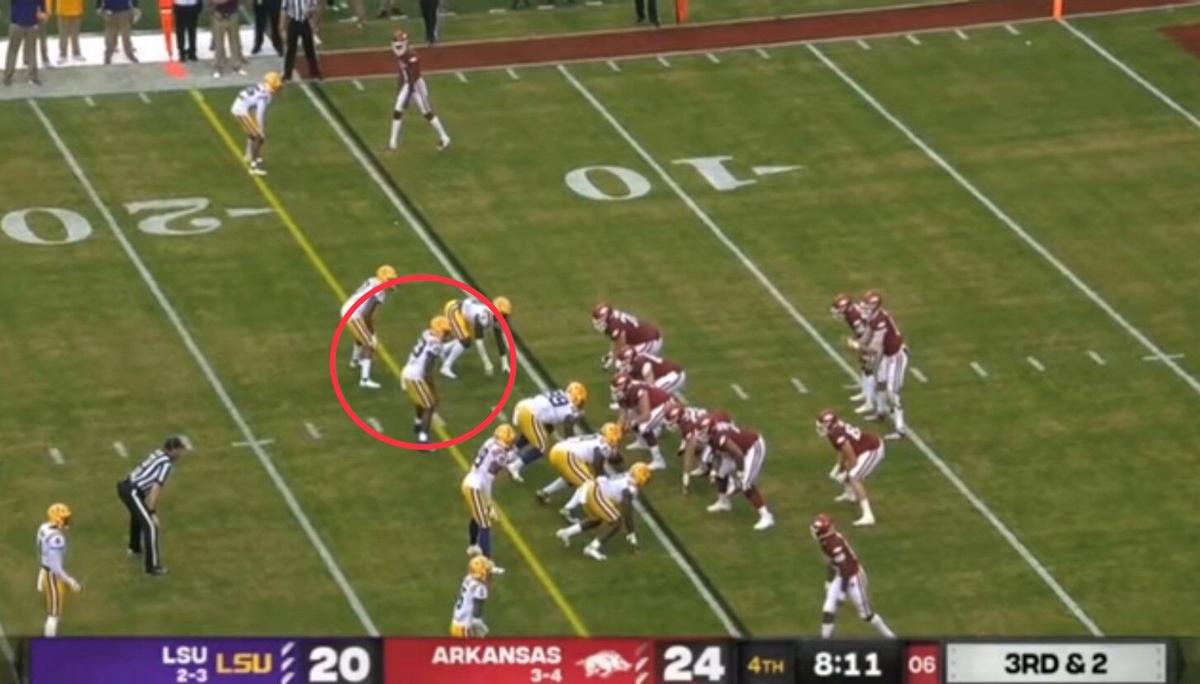 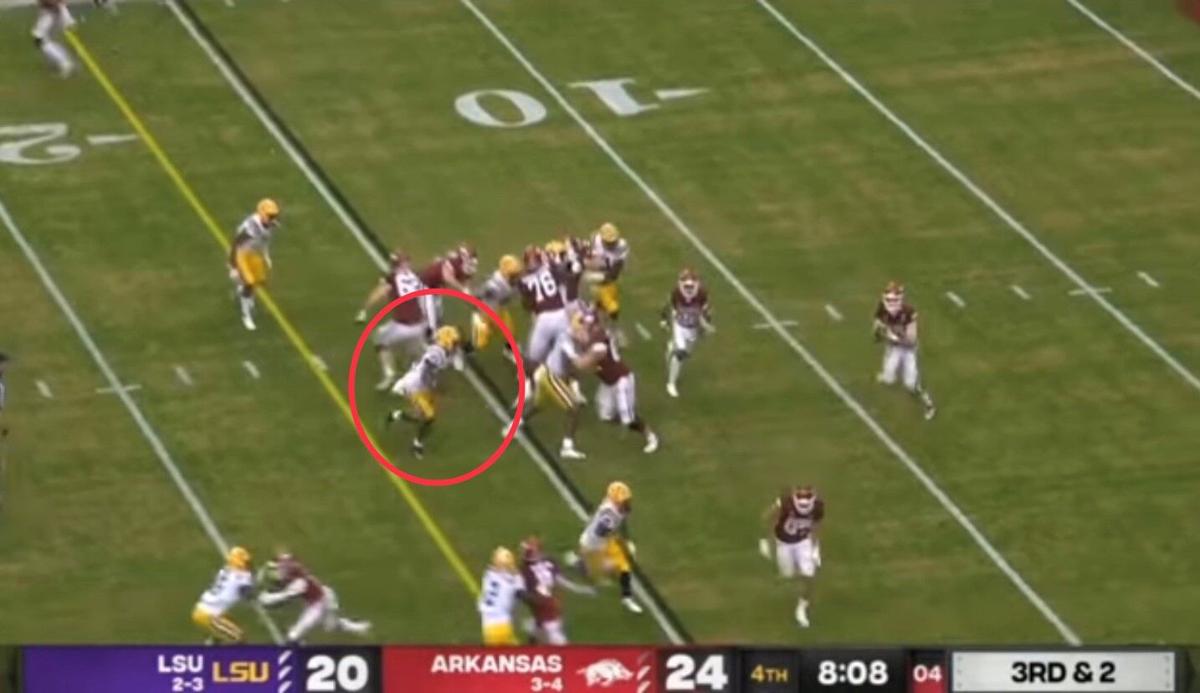 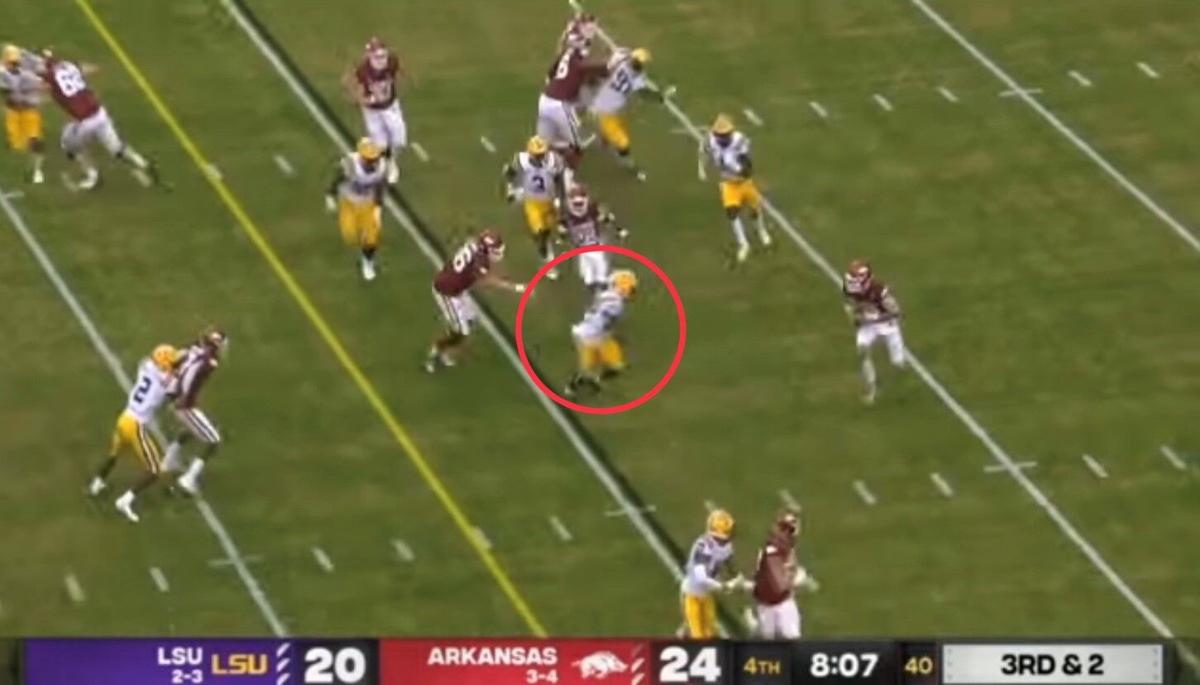 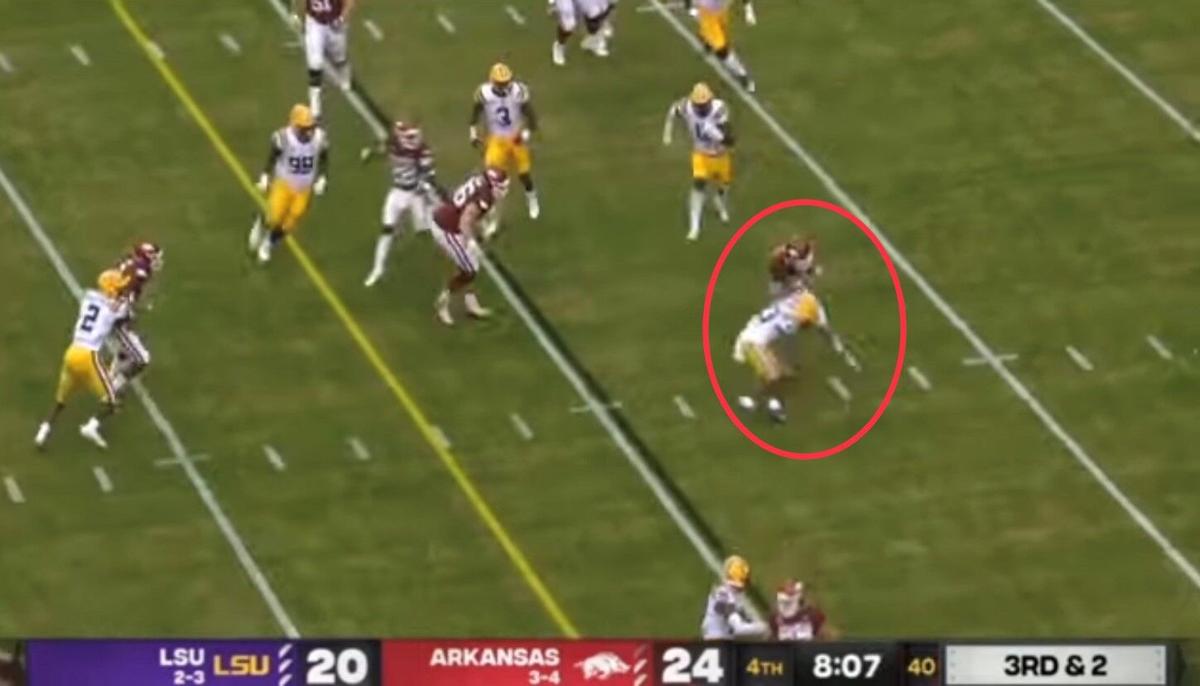 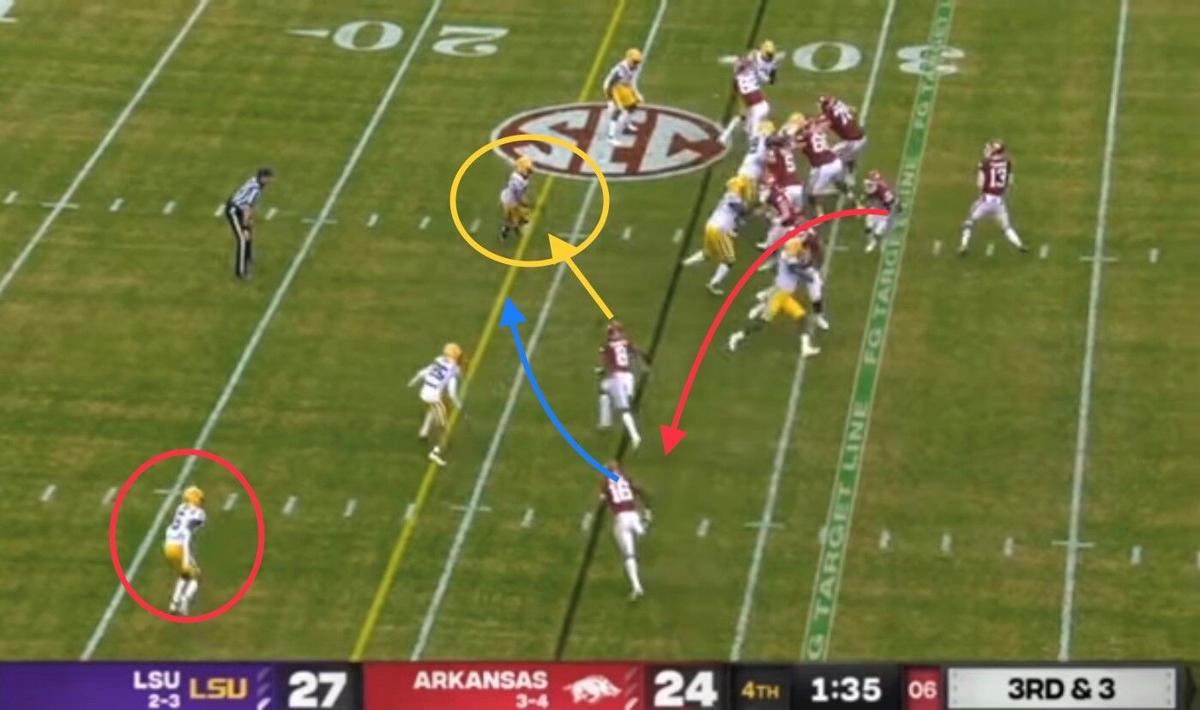 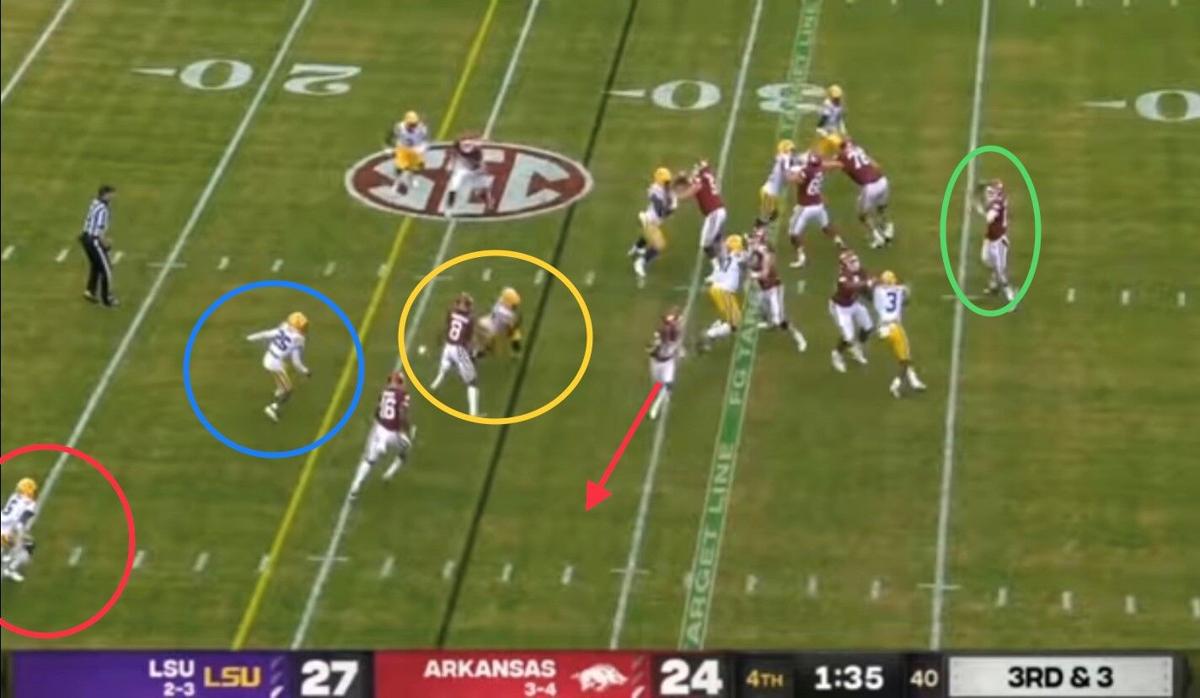 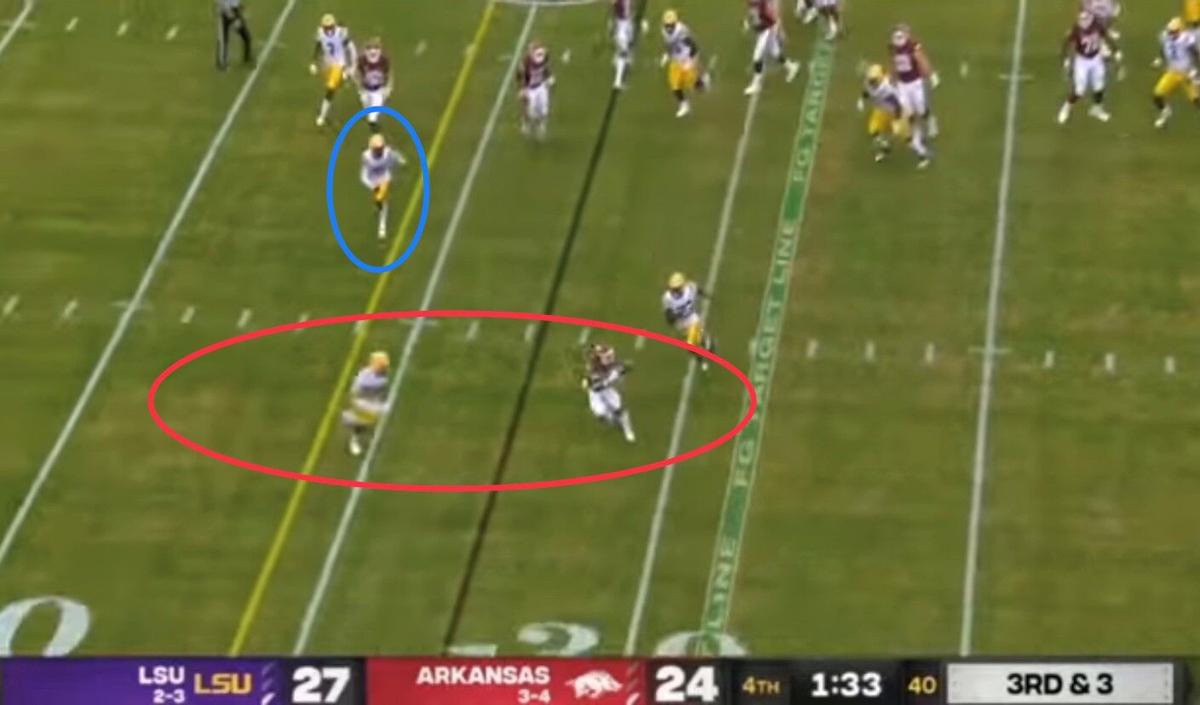 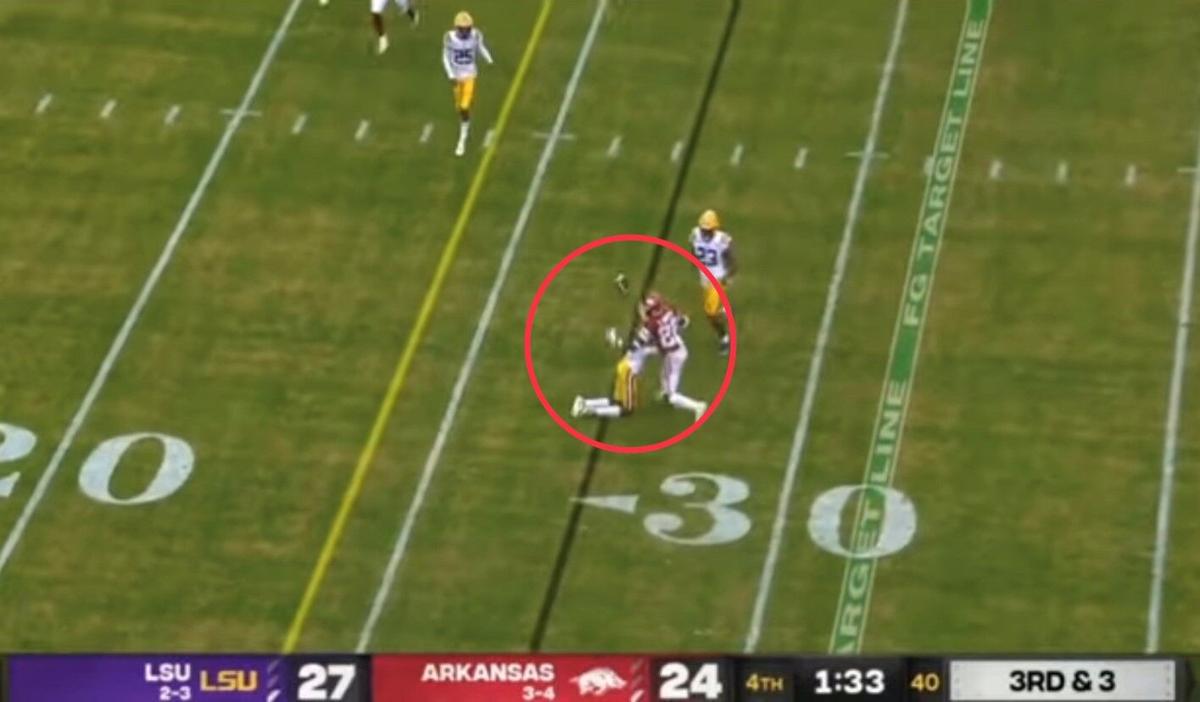 Third down stops: Sometimes numbers have a way of repeating. A crucial number repeated Saturday in Razorback Stadium. Remember when LSU failed to convert a single third down in its 45-41 loss at Missouri? LSU went 0-for-10 on third down opportunities, including a failed run during Missouri's game-winning goal line stand at the end of the game.

Fast forward three games, and an LSU defense that badly needed to improve held Arkansas to an 0-for-10 showing on its third down opportunities. The stops got the Razorbacks and their up-tempo spread offense off the field quickly, giving the ball back to LSU so it could execute its clock-draining game plan in which it more than doubled Arkansas' time of possession.

LSU forced six three-and-outs, and senior punter Zach Von Rosenberg had one of his finest performances with five punts inside the Arkansas 10.

How did LSU's defense make its improvement?

Some fortune was involved. Some luck, too. But defensive coordinator Bo Pelini's 4-3 defensive scheme mostly thrived at full strength in a simplified scheme. They stuck with basic plays. They didn't have many checks. Aside from one long touchdown pass, the defense didn't make many blatant blunders, which LSU coach Ed Orgeron thought was "the biggest factor" in the game.

"We probably had less mental errors than we had all year," Orgeron said. "I thought that was the biggest factor.”

No update on Derek Stingley's status yet, Orgeron says, after injury in LSU win over Arkansas

Blocked! LSU beats Arkansas 27-24 on a deflected field goal in the final minutes

Rabalais: LSU boots Arkansas for a much-needed win and a lot to build on -- even defense

What TJ Finley showed on clutch LSU drive to beat Arkansas: 'He can win a big game'

What Orgeron, LSU had to say after 'good' targeting call, big plays, more in Arkansas win

What TJ Finley showed on clutch LSU drive to beat Arkansas: 'He can win a big game'

Joe Burrow was looking forward to 2021 even as his rookie season was apparently ended by a scary knee injury.