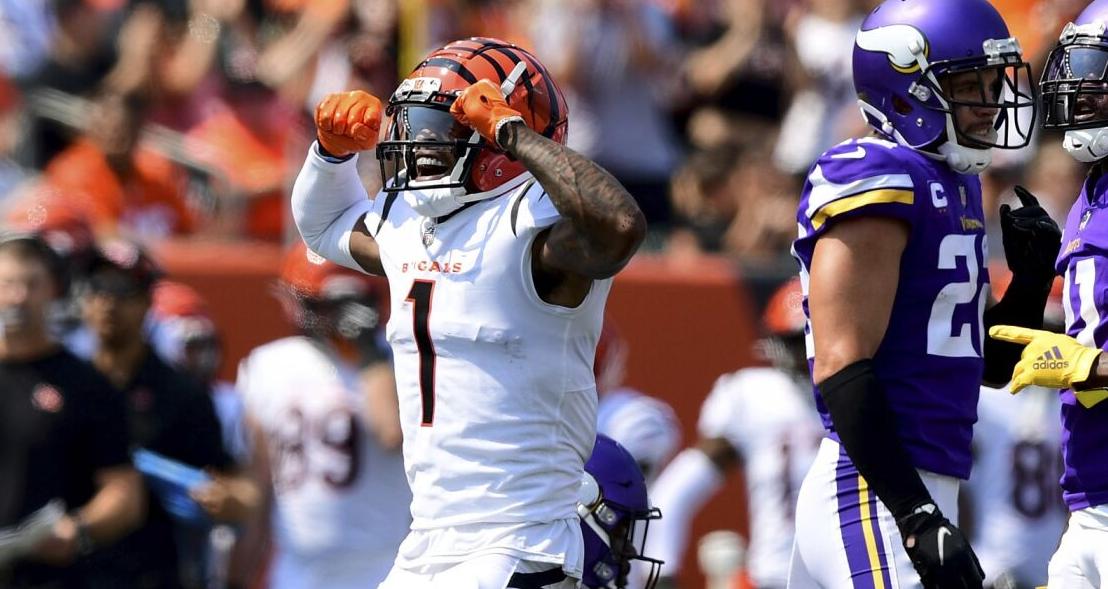 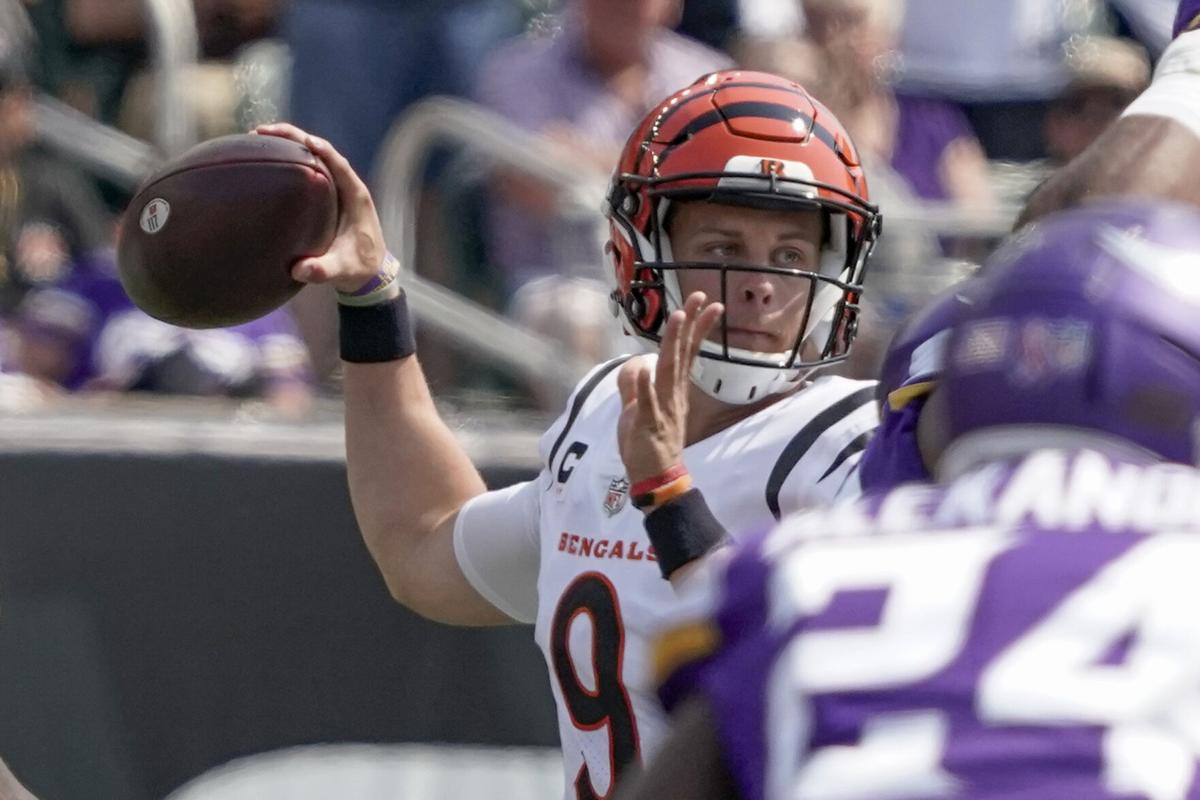 Cincinnati Bengals quarterback Joe Burrow (9) passes against the Minnesota Vikings in the first half of an NFL football game, Sunday, Sept. 12, 2021, in Cincinnati. (AP Photo/Jeff Dean)

Cincinnati Bengals quarterback Joe Burrow (9) passes against the Minnesota Vikings in the first half of an NFL football game, Sunday, Sept. 12, 2021, in Cincinnati. (AP Photo/Jeff Dean)

Former LSU star receiver Ja'Marr Chase struggled with drops during the preseason with the Cincinnati Bengals, but the 2021 first-round selection had no problem hauling in his first career TD reception on Sunday.

LSU legend Joe Burrow, who looks strong at quarterback for Cincinnati after returning from a major knee injury, hit Chase on a deep toss for a 50-yard touchdown on Sunday in Cincinnati, giving the Bengals a 14-7 lead over the Minnesota Vikings with 35 seconds left in the first half.

Chase complained during the preseason that he was having a hard time tracking the NFL ball in the air.

“The ball is different because it is bigger,” Chase was quoted as saying by the Bengals' team website. “It doesn’t have the white stripes on the side so you can’t see the ball coming from the tip point so you actually have to look for the strings on the ball at the top, which is hard to see because whole ball is brown and you have the six strings that are white. But for the most part, just have to get used to it and find out what I am comfortable with catching.”

In the first half on Sunday, Chase pulled in three passes for 80 yards and a TD.

After dropping four passes in the preseason, it appears he has solved that problem of being able to track down the ball in the NFL.