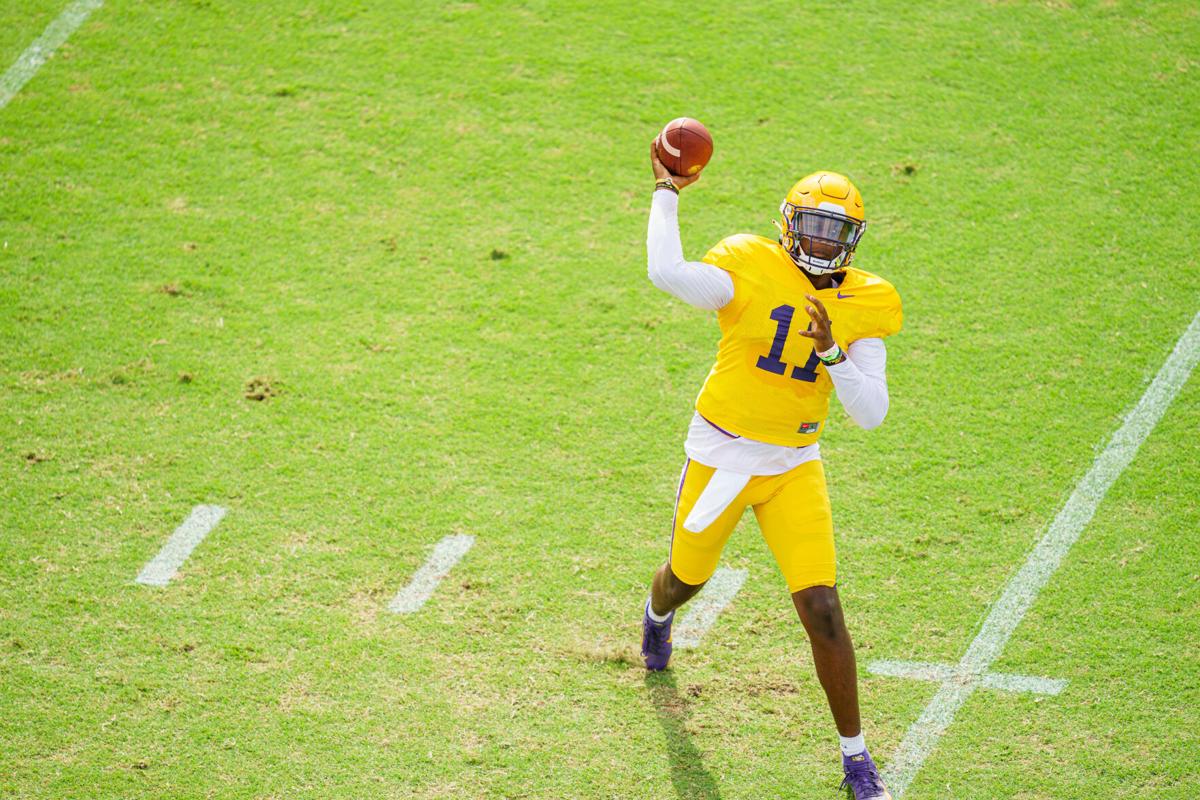 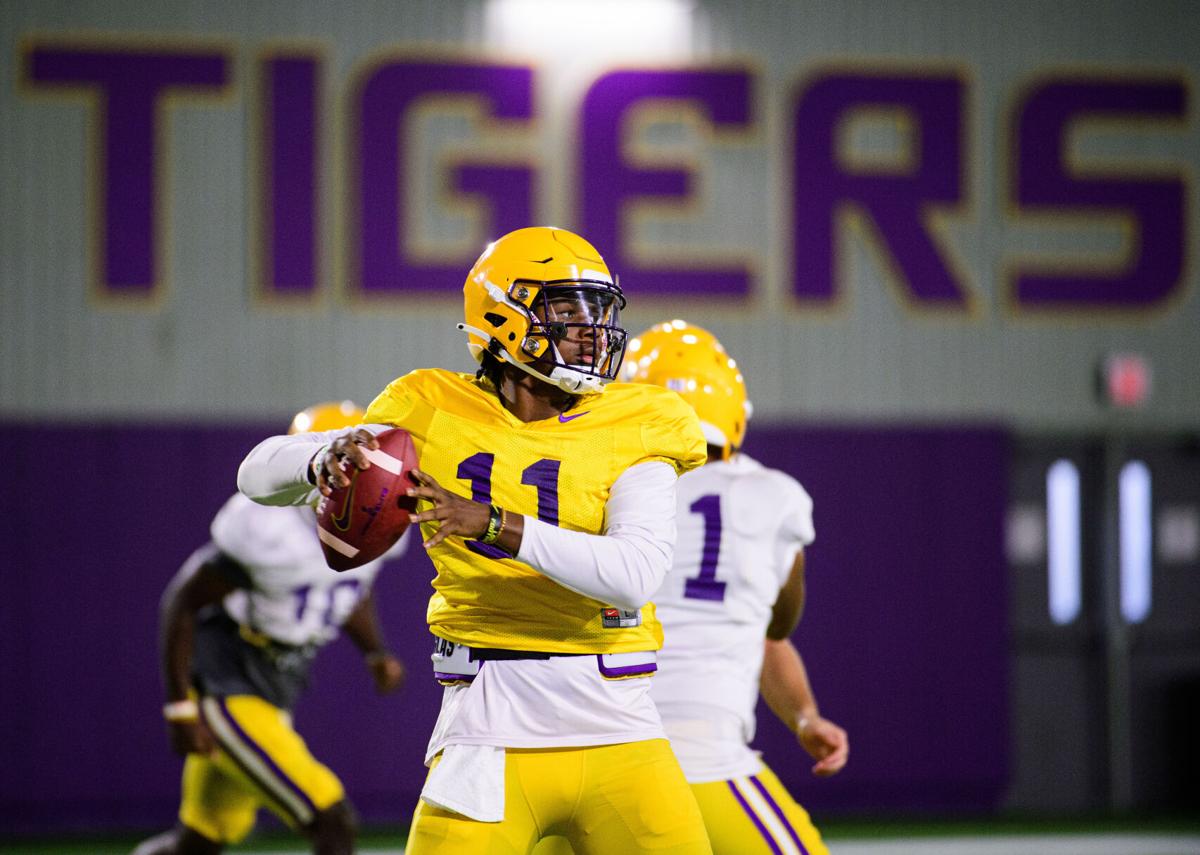 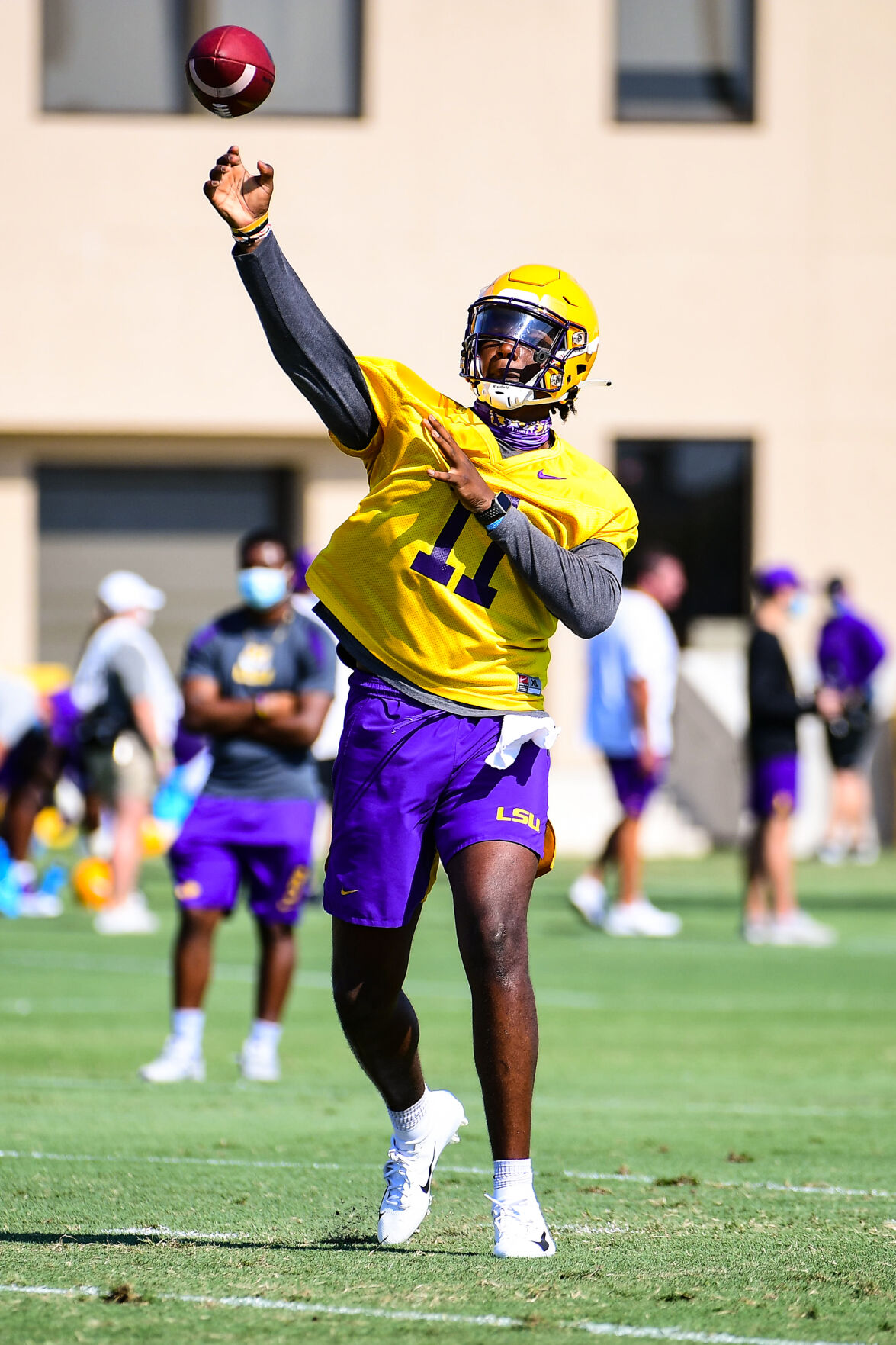 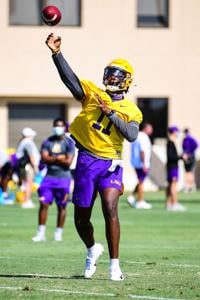 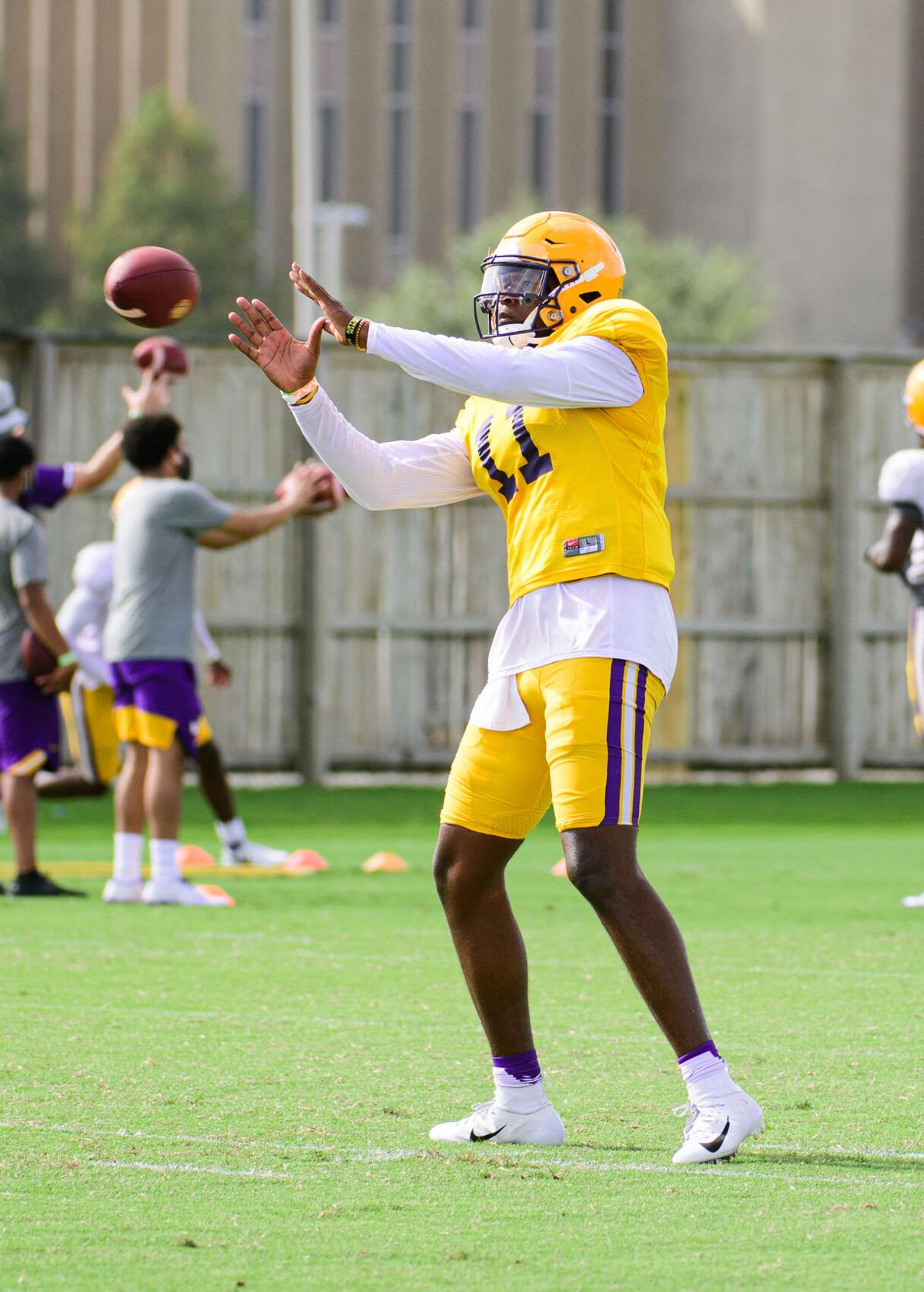 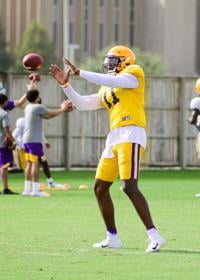 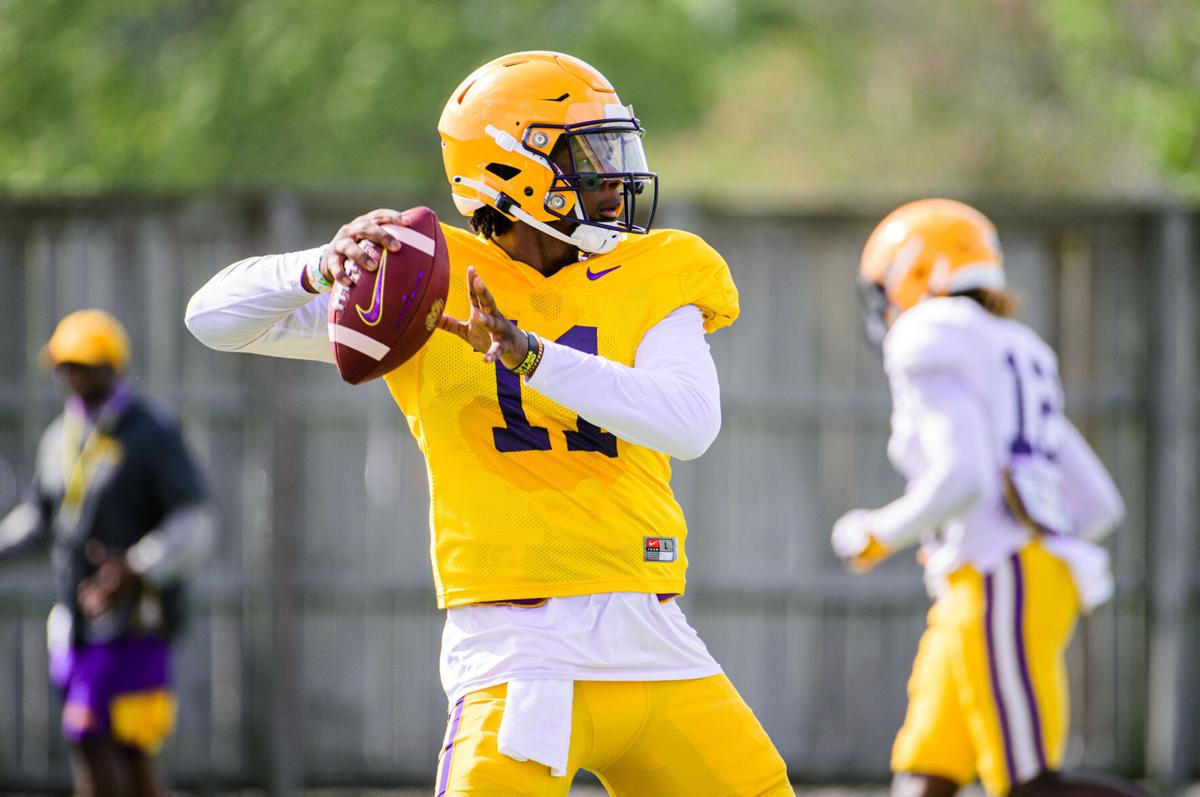 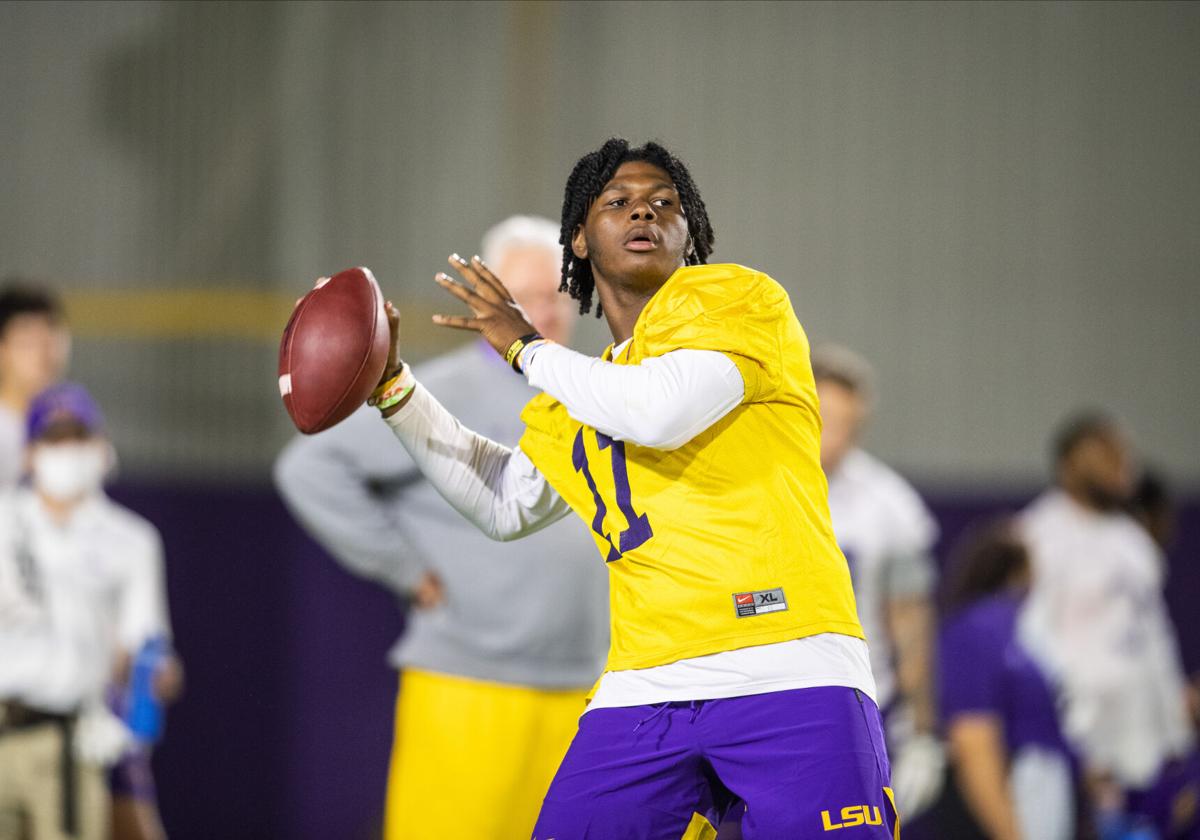 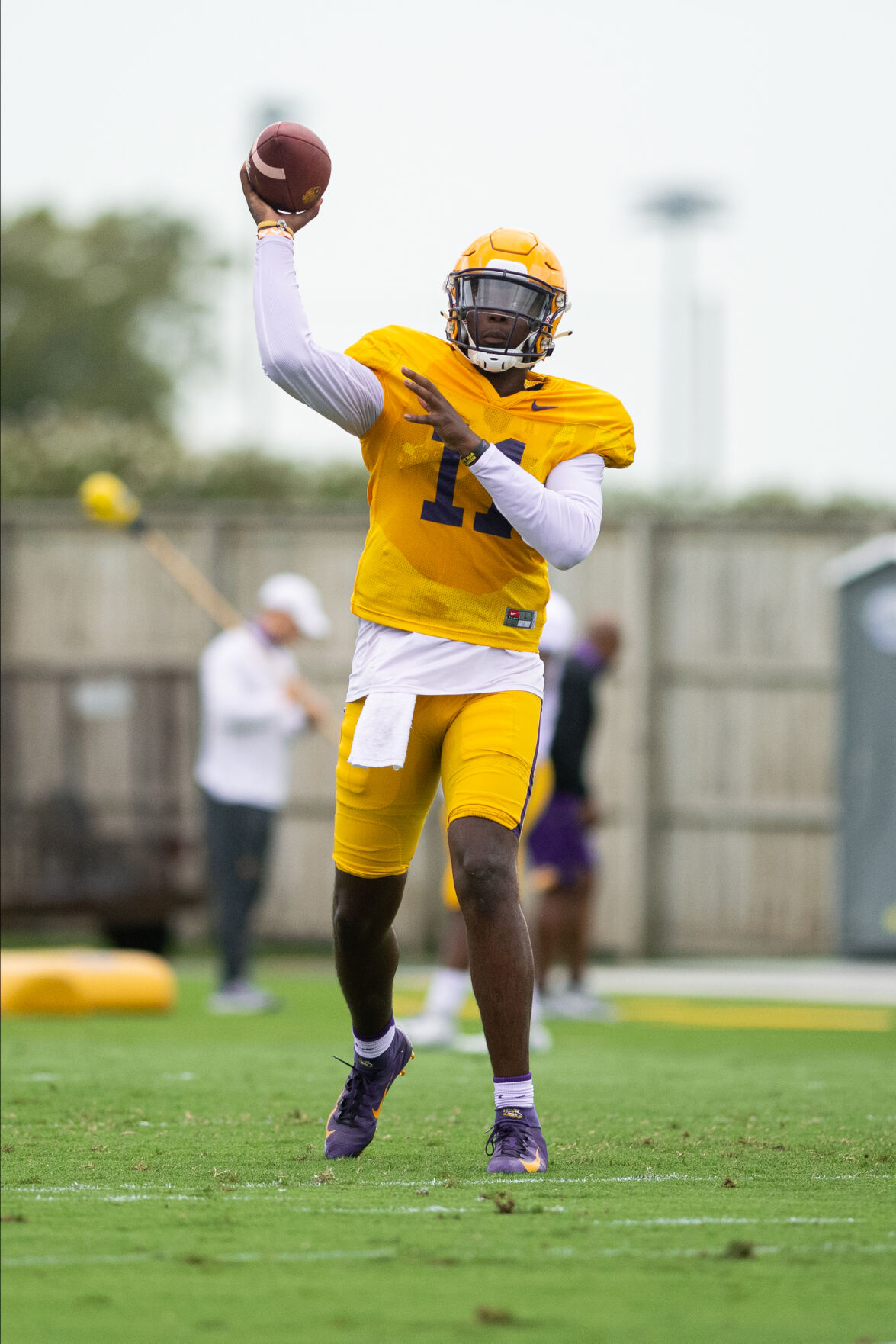 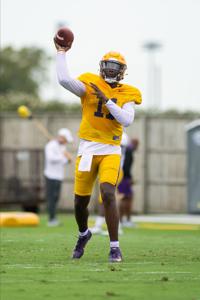 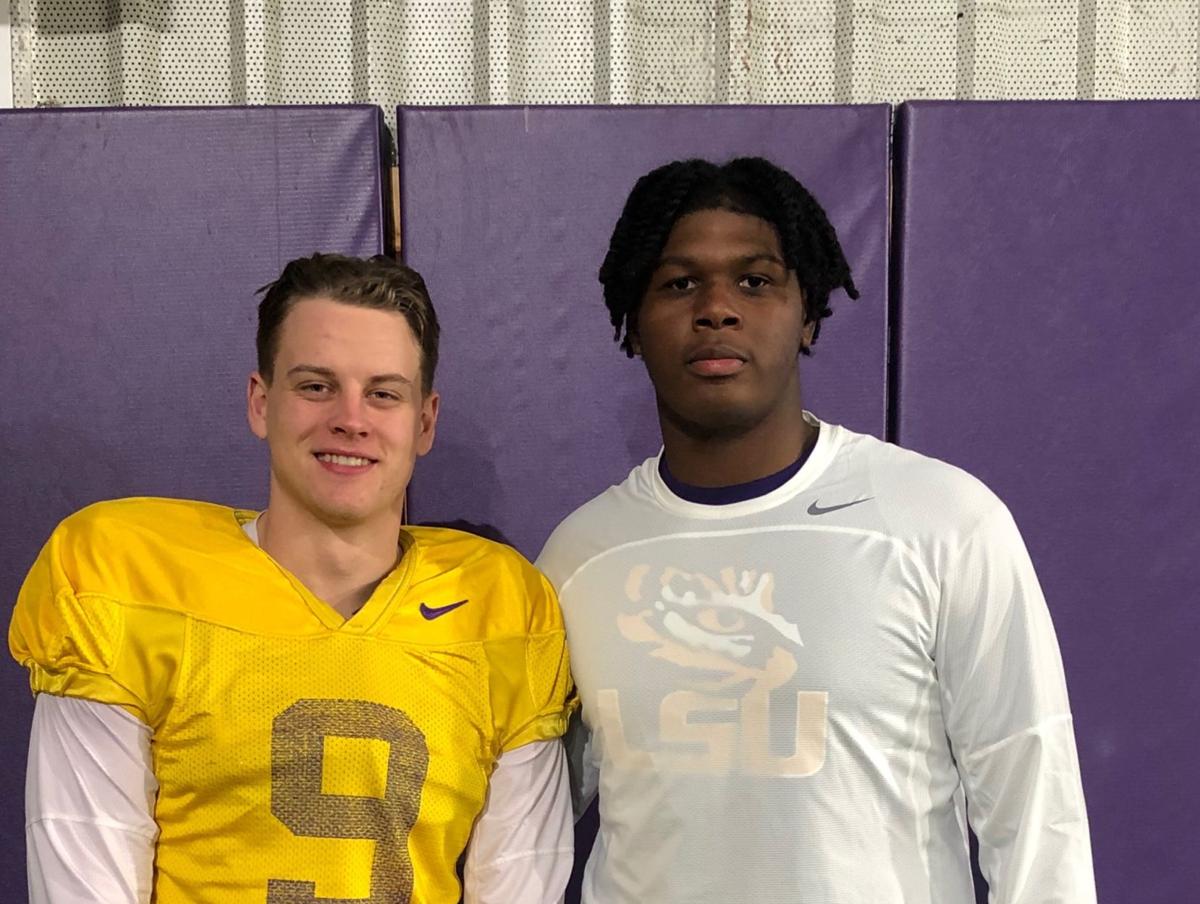 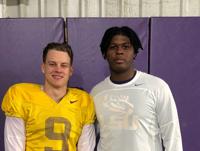 Inside his family’s living room last weekend, TJ Finley watched a football game unfold between South Carolina and Auburn. He sat near his father, the man who taught him how to throw, and together, they identified blitzes and defensive coverages through the broadcast.

There, spending the weekend at home in Ponchatoula because of an unexpected open date, Finley prepared for LSU’s next opponent and possibly his first career start. He studied film. He dissected formations. He reviewed the game when it ended, and he looked forward to matching South Carolina’s energy as the Gamecocks completed an upset.

“I can't wait to get to practice Monday,” Finley told his parents.

Then, a typical teenager, Finley began talking about the Dodge Challenger SRT Hellcat, hoping his parents would buy him a new car. Finley’s parents chuckled. They had purchased a Ford Mustang for him last December.

At that Monday practice, Finley continued competing with fellow true freshman quarterback Max Johnson. With starter Myles Brennan questionable for LSU’s game Saturday against South Carolina because of a lower-body injury, Finley and Johnson have split reps for more than a week, vying to start in Brennan’s place.

Though South Carolina’s defense may help determine who plays, the quarterback with the best week of practice will start. Coach Ed Orgeron plans to tell Finley and Johnson who earned the position after Thursday's practice. He intends to play both quarterbacks unless Brennan heals.

“Both of them are very impressive,” Orgeron said. “I believe both of those guys have NFL talent at quarterback.”

Neither player has taken a college snap, leaving LSU without a clear image of who’s better until they enter the game, but Finley has become known as the purest passer amongst the two. He impressed Orgeron with his improvement throughout preseason camp, and in LSU’s final scrimmage, Finley threw for 121 yards.

The son of a former pitcher, Finley started throwing footballs when he was 7 years old. His parents attributed his natural arm strength to his father, David, who taught Finley mechanics. Three years later, Finley’s dad brought him to Ponchatoula High School summer practices. As the varsity team drilled against air, Finley tossed passes to the older players.

“What I could see right then and there,” Ponchatoula coach Hank Tierney said, “was he could really throw.”

Finley transferred to Ponchatoula as a sophomore, where Tierney ran an option offense.

Ponchatoula changed its offensive system with Finley at quarterback, incorporating run-pass options and spread formations. In three years, Finley threw 59 touchdowns and for almost 6,500 yards, and though Ponchatoula fielded sophomore linemen and receivers during Finley’s senior year, he guided the team to the first round of the playoffs.

Though Finley grew up in south Louisiana and former LSU coach Les Miles recruited him in eighth grade, Finley envisioned himself in an offense predicated on throwing the football. He liked Oregon and Notre Dame. At the time, LSU didn’t match his style.

During an unofficial visit in May 2018, Finley sat inside Orgeron’s office. Orgeron wrote down plans for his tenure and explained he and offensive coordinator Steve Ensminger wanted to install a run-pass option scheme that used multiple wide receivers, a departure from LSU's offense under Miles.

Orgeron offered Finley a scholarship that day. Finley wanted to stay close to home, and suddenly, LSU’s offense matched his strengths. He soon committed. Nineteen months later as a three-star recruit, Finley signed with LSU during an early-morning ceremony at Ponchatoula. He attended bowl practice that afternoon and enrolled early.

Finley participated in a handful of practices as LSU prepared for the national championship. He overlapped with former quarterback Joe Burrow, who showed him how to watch film and break down defenses. As Finley observed Burrow’s preparation, he learned how to make pre-snap decisions, deepening his mental understanding of the sport.

Finley entered spring practice trying to wrestle the starting job from Brennan. Then the coronavirus pandemic shut down campus. Finley went home to Ponchatoula. He had the arm strength, and he continued to study film. But he needed to prepare his body.

Finley had arrived at LSU weighing about 260 pounds. He lost five to 10 pounds before the pandemic. At home, Finley spent more time on squats and conditioning, trying to cut weight while strengthening his core. He went to a local park and Ponchatoula’s football field with his younger brother, Cody, a wide receiver.

“That was the mindset that showed us he was ready,” Finley’s mother said. “He was maturing. He was ready physically and mentally.”

Finley lost another 10 pounds before summer workouts resumed in early June, dropping his weight to about 240. He gained mobility, and in a two-minute drill last Tuesday, Finley scrambled out of the pocket to extend a play.

“TJ is really good in the pocket,” LSU center Liam Shanahan said. “He has an impressive arm.”

Last week, when Brennan’s injury made it clear he wouldn’t have played against Florida, Finley called his mom. He envisions himself in the NFL one day, and his first snap at LSU marks an important step toward that goal.

“The race is not given to the swift nor to the strong,” Finley’s mother told him, “but to the one that endures.”

For years, Finley has prepared for this chance, building on his natural arm strength as he tried to become a well-rounded quarterback. He enrolled early to learn the offense. He lost weight to improve his body. He studied film before and after practice to understand defensive schemes, waiting until LSU called his name.

He wants to take advantage of the moment, however long it lasts.

“He's been ready the whole time,” Finley’s mother said. “He was just waiting for the opportunity.”

Rabalais: As LSU is learning in 2020, hopes of being a top-flight program can blow at any seam