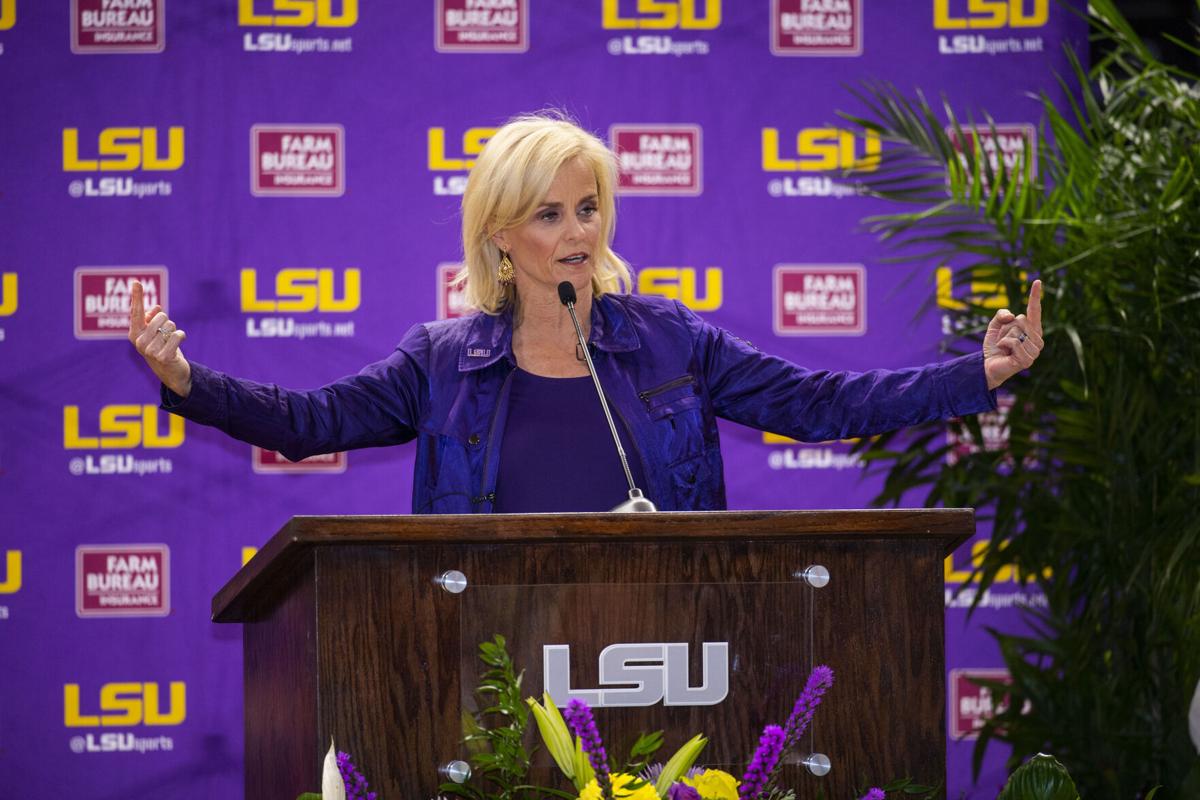 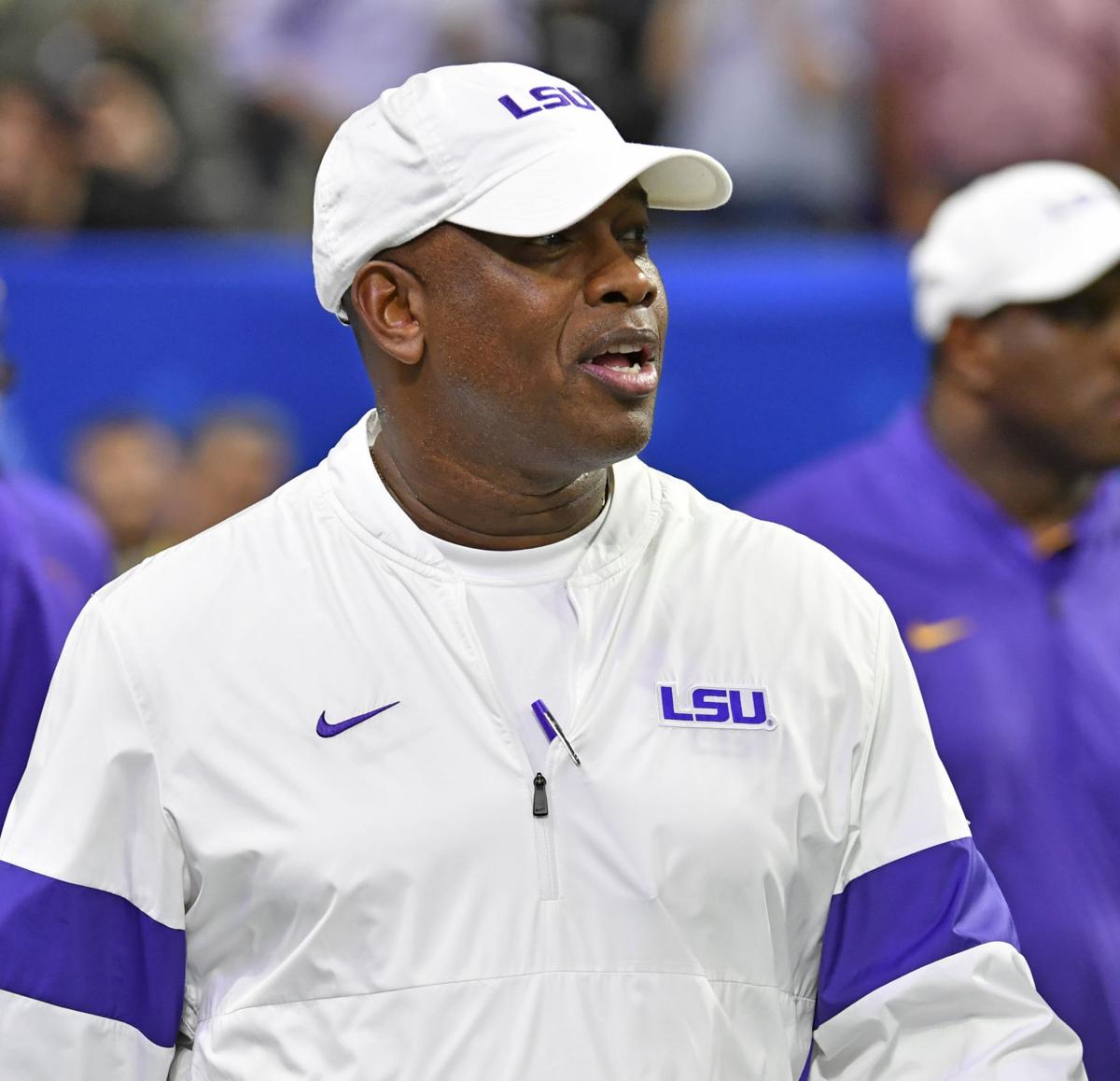 LSU wide receivers coach Mickey Joseph on the field before the Chick-fil-A Peach Bowl between LSU and Oklahoma, Saturday, December 28, 2019, at the Mercedes-Benz Stadium in Atlanta, Ga.

LSU wide receivers coach Mickey Joseph on the field before the Chick-fil-A Peach Bowl between LSU and Oklahoma, Saturday, December 28, 2019, at the Mercedes-Benz Stadium in Atlanta, Ga.

Mulkey's eight-year contract will pay her about $2.5 million for her first season and increase to about $3.3 million by 2029.

New LSU women's basketball coach Kim Mulkey will earn about $2.5 million at the beginning of an eight-year contract, according to a signed term sheet between Mulkey and the school released Wednesday.

The former Hammond High School standout and Louisiana Tech All-American is coming to LSU after 21 years at Baylor, where she won three NCAA championships and a total of 23 Big 12 regular season and tournament titles. Mulkey was reportedly making about $2.27 million per year at the Waco, Texas, school.

LSU's hiring has stirred interest in the university's women's basketball program, which has not been beyond the first round of the NCAA tournament since the 2013-14 season. The athletic committee approved price increases for women's basketball season tickets that will be phased in through the 2025 fiscal year for those who purchased women’s season tickets in 2020-21.

Kim Mulkey explains vision for LSU and why she left Baylor; money not 'deciding factor'

Kim Mulkey stepped behind a podium and looked at the crowd gathered before her. About 1,000 people had come to the Pete Maravich Assembly Cent…

Joseph's new two-year contract extension will pay him $500,000 in the first year and $550,000 the second year through March 31, 2023, according to a copy of the term sheet agreement between Joseph and the university.

Joseph, a 53-year-old Louisiana native, is entering the final year of his $407,000-per-year contract with LSU and was recently considered a candidate for the head coaching position at Southern University.

LSU wide receivers coach Mickey Joseph is on track to receive a two-year contract extension that will pay him $500,000 in the first year and $…

Joseph has been a key recruiter in the five seasons he's been on Orgeron's staff and he oversaw a highly productive receiving corps during LSU's record-breaking season in 2019, when Ja'Marr Chase, a unanimous All-American, won the Biletnikoff Award and set Southeastern Conference records for touchdown receptions (20) and yards receiving (1,780).

Justin Jefferson, a first-round pick by the Minnesota Vikings in 2020, also set the single-season LSU reception record with 111 catches in 2019.

LSU quarterback TJ Finley is planning on entering the NCAA transfer portal, sources confirmed with The Advocate, a decision that will come jus…

LSU finishes with seven players selected in the 2021 NFL draft; 'I was counted out'