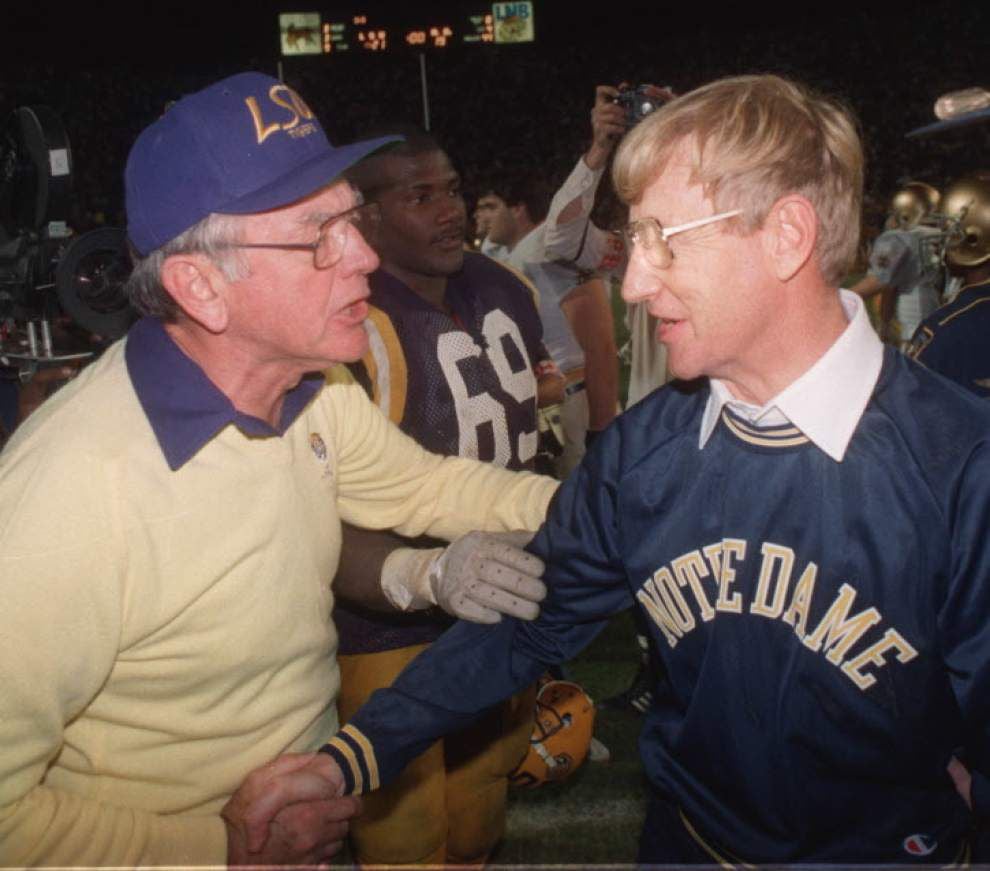 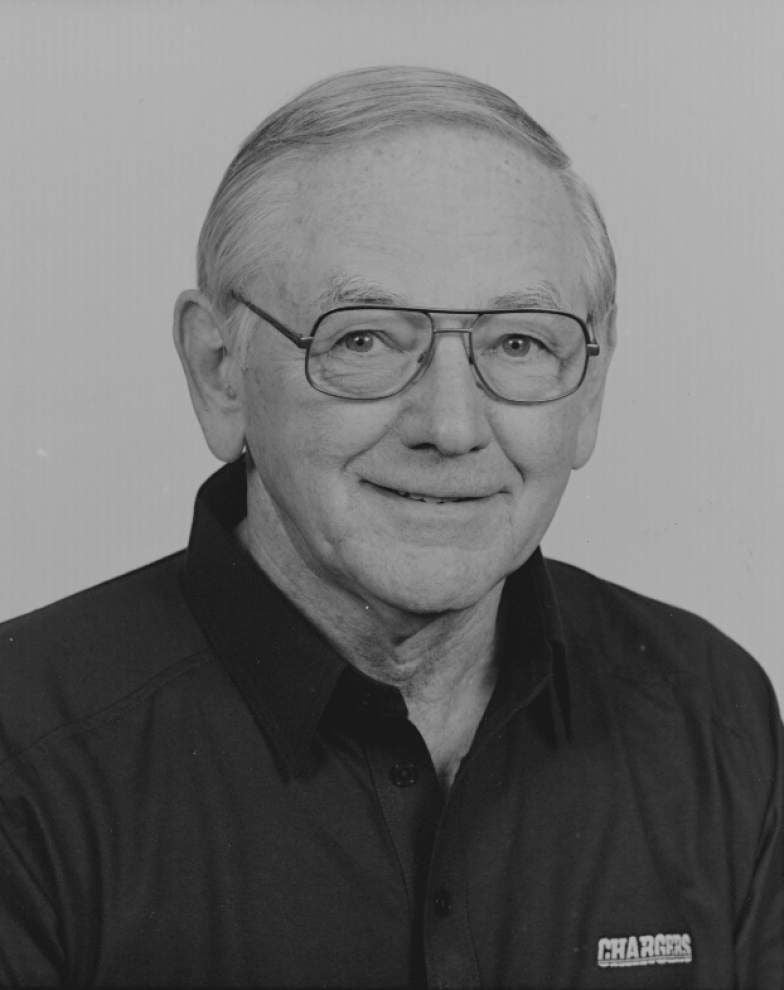 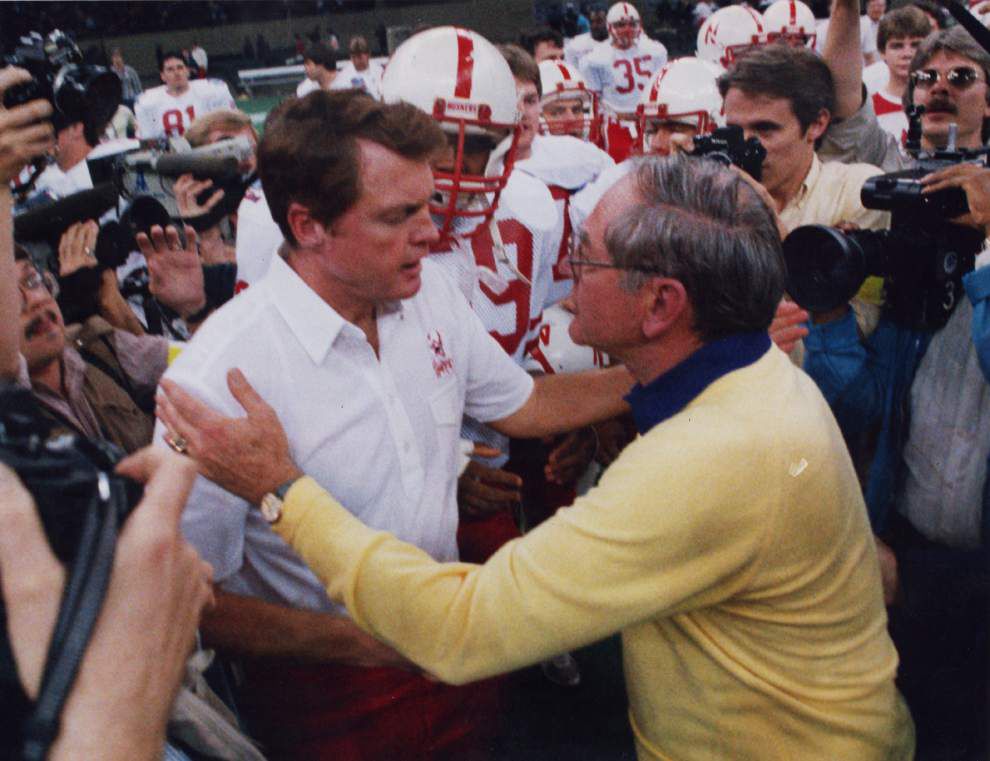 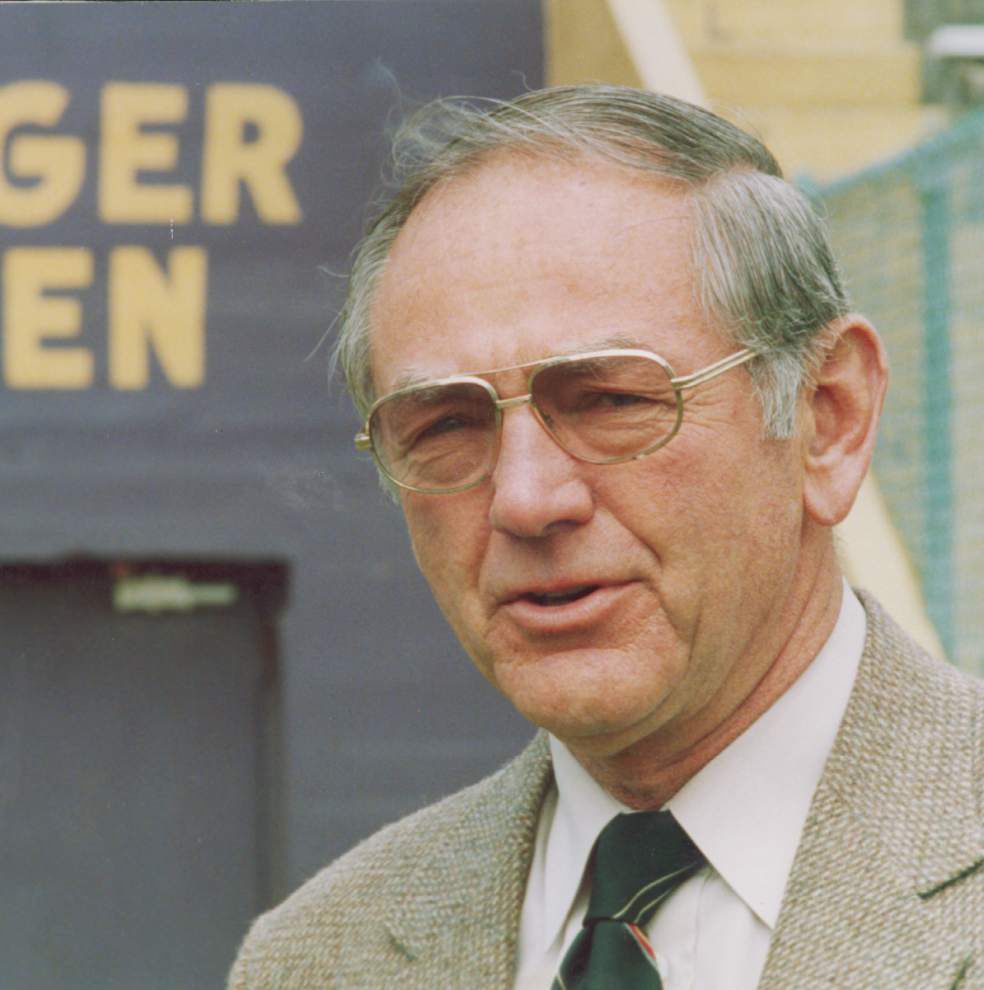 Bill Arnsparger, who came to LSU at a relatively advanced age to reverse the Tigers’ football fortunes in the mid-1980s, died Friday in Athens, Alabama. He was 88.

Arnsparger only coached at LSU for three years, but he immediately elevated the Tigers’ standing and was twice named Southeastern Conference Coach of the Year. He never finished worse than second in the league, which was not yet split into divisions.

He left with antagonistic feelings in some quarters to become athletic director at the University of Florida after what appeared to be a failed coup against LSU’s then-athletic director, Bob Brodhead, the man who hired him.

A taciturn man with an often prickly personality, Arnsparger was known as “Two-Reel Bill” because of his penchant for watching film by the hour.

Arnsparger already was a legendary defensive coach, the architect of the undefeated 1972 Miami Dolphins and their famed 1982 “Killer Bs’’ unit.

In two stints and 11 total seasons as Dolphins’ defensive coordinator under Hall of Fame coach Don Shula, Arnsparger’s defenses ranked among the NFL’s best — which earned him induction into the team’s prestigious Honor Roll in 2012.

Arnsparger was an integral part of two Super Bowl championship teams when Brodhead selected him to replace Jerry Stovall in 1984.

Although Miami offered him a $1-million-per-year contract to stay with the Dolphins, Arnsparger, then nearly 57 years old, was smitten enough with the idea of coaching the Tigers that he was lured to LSU for $150,000 a year ($80,000 in salary, $70,000 in radio and TV shows).

Brodhead had been a business manager for the Dolphins when he took over as LSU’s athletic director in 1983. At the time, Arsparger said to Brodhead: “If the job ever opens up, keep me in mind.”

Arnsparger had been an assistant at Tulane for two seasons in 1962 and ’63 and always had a fondness for Louisiana. As a pro coach, he often returned to Louisiana to evaluate prospects.

“I probably could have stayed at Miami as long as I wanted,” Arnsparger said at his first news conference. “But LSU is where I wanted to be. I recruited the area when I was a college assistant, and I know all about the feeling of being in Tiger Stadium on a Saturday night. I don’t know if I would have considered any other place.’’

A World War II Marine, Arnsparger was a protege of Kentucky’s Blanton Collier and later was an assistant under Woody Hayes at Miami of Ohio and Ohio State. Later he was on the Kentucky staff with Shula, and the two forged a bond.

He left his job as a Tulane assistant in 1963 to join Shula with the Baltimore Colts. Except for three seasons as head coach of the New York Giants from 1974-76 — where he experienced the sharpest downturn in an otherwise sterling career, going 7-28 — he was Shula’s defensive chief for 17 years in Baltimore and Miami. Together, Shula and Arnsparger produced championship-contending teams for almost two decades.

He arrived at LSU with a coaching mantra: “We’re shooting for the moon. If we miss, we’ll still be among the stars.”

It took just one season under Arnsparger for the Tigers to get there. They had been an up-and-down group under Stovall, who was National Coach of the Year in 1982 but slipped to 4-7 the following year.

The no-nonsense Arnsparger opened his LSU career with an impressive showing, a 21-21 tie against SEC favorite Florida. Had the 8-3-1 Tigers won that game, they would have switched places at season’s end with the champion Gators in the conference standings.

One of the reasons for the transformation was physical condition. Stovall’s last team was nicknamed the “Lunch Bunch” for its bulk.

“The first time we got together, I just thought many of (the players) looked too fat, and that was before the tests we did,” Arnsparger said.

So he set demanding body-fat ratios — 15 percent for lineman, 10 percent for backs and tight ends, 6 percent to 8 percent for skill positions — and almost every player met the requirements by the start of preseason camp.

“I cut out late-night snacks, rice and white bread,’’ said offensive tackle Lance Smith, who dropped 40 pounds to end up at 265.

Arnsparger’s record then was 26-8-3 — at the time the best of any third-year coach in Tigers history. He had coached the Tigers to victories over the best of the best in college football: Southern California, Alabama, Notre Dame and Florida.

Only postseason struggles marred Arnsparger’s LSU record. He lost two Sugar Bowls to Nebraska and a Liberty Bowl to Baylor. He also was at the helm in 1986 for one of the Tigers’ most surprising losses ever, a 21-12 defeat to Arnsparger’s alma mater, Miami of Ohio.

An insight to his brusque coaching persona came in his first season against Vanderbilt, when three turnovers and three major penalties turned a 34-6 Tigers runaway into a tight 34-27 escape.

Ignoring 516 yards of offense by his team, a flushed Arsparger took verbal aim at his Tigers, saying: “I don’t like to be around careless people.”

By 1985, the relationship between the coach and his athletic director, Brodhead, began to crumble.

Brodhead was caught trying to eavesdrop through bugged offices when NCAA investigators were talking to LSU athletes about the recruitment of basketball prospect Tito Horford. Naturally, a furor erupted, and everyone connected with LSU athletics came under scrutiny and offered opinions — everyone but Arnsparger, who would not talk about the matter.

“With each no comment he uttered, Arnsparger hammered another nail in my coffin,” Brodhead wrote later in his book, “Sacked.”

After a 21-7 loss to Baylor in the Liberty Bowl — a game in which Arnsparger allowed the players to drive to Memphis, Tennessee, and receive travel money over the concerns of his AD — the relationship unraveled, especially after a dismal loss. Brodhead felt the problem was the coach’s “preoccupation with pregame administration.’’

When Sports Illustrated ran a cover story headlined “Crazy Days at LSU,’’ Arnsparger stormed into Brodhead’s office demanding something be done about men’s basketball coach Dale Brown because all the negativity was damaging football recruiting. He threatened to go back to the NFL if something wasn’t done.

Shortly, Brodhead was called into the office of Chancellor James Wharton, who informed him that the football coach was more important to the university than the athletic director.

In “Sacked,” Brodhead wrote, “I assume Arnsparger and the chancellor cut some sort of deal and that the athletic directorship (meaning Arnsparger would be in line for the job) came up during the discussion.”

Just before the 1986 season opener against Texas A&M, with Brodhead out of town — and without Arnsparger contacting his boss to ask permission — Arnsparger went to Gainesville, Florida, to check on the open AD’s position at Florida.

The upshot was a bizarre news conference in which Brodhead and Arnsparger, with long faces, sat at opposite ends of the head table, with Arnsparger saying he had “withdrawn” his name from the Florida opening.

“I think the case is closed,’’ Brodhead said, but it wasn’t.

After the SEC champion Tigers ended the regular season with a victory against Tulane, Arnsparger said he was stepping down as head coach. A week later, he became AD of the Gators.

Arnsparger is survived by his wife, BJ, son David and daughter Mary Susan.