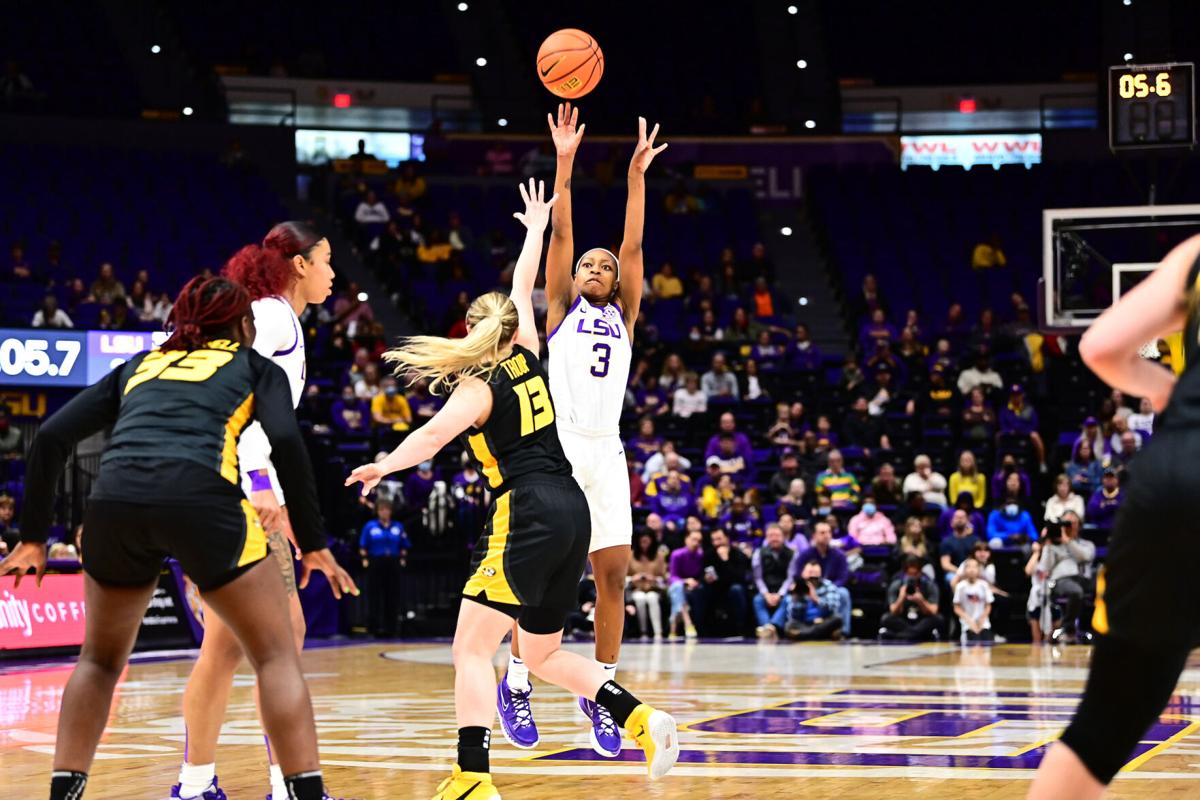 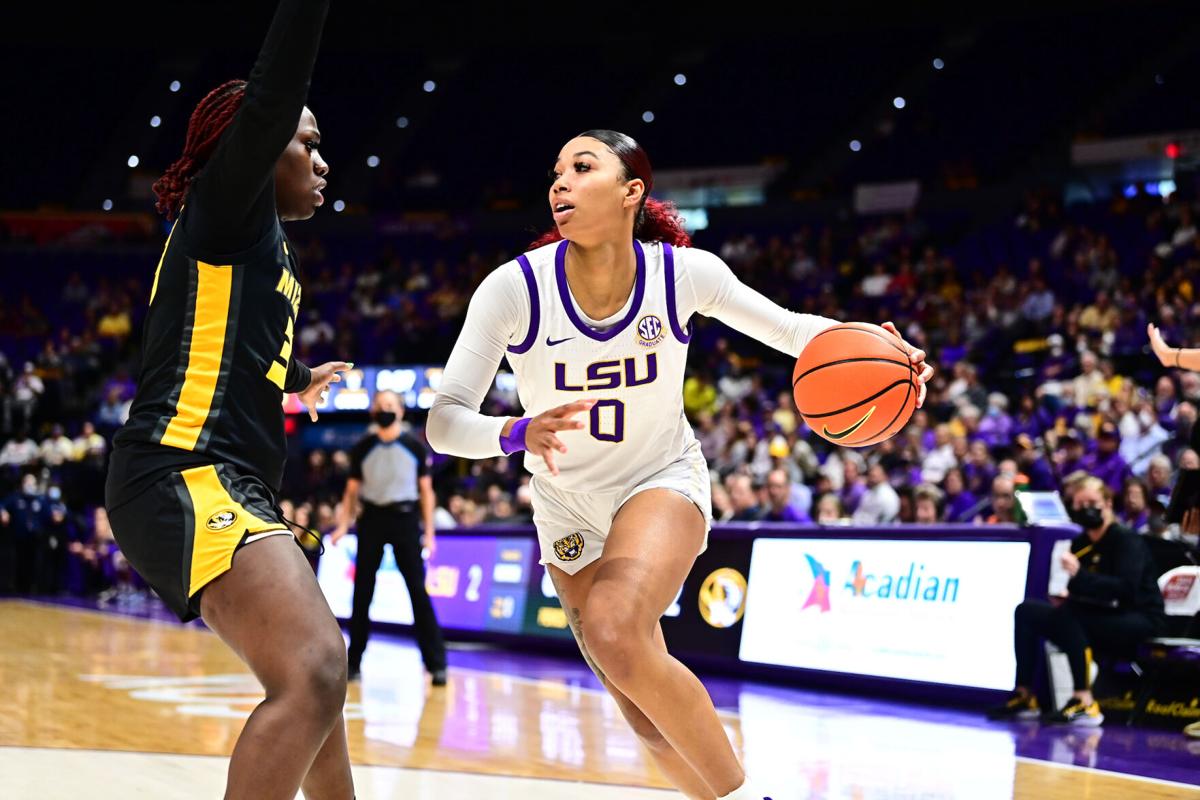 Khayla Pointer scored a layup with 5.7 seconds left and Alexis Morris blocked a potential game tying attempt by Missouri’s Mama Dembele to lift No. 12 LSU to a thrilling 87-85 overtime victory at the Pete Maravich Assembly Center on Thursday.

Missouri’s Haley Troup had tied the score with two free throws with 13.1 seconds left and LSU got the ball at midcourt. Jailin Cherry took the inbounds pass and threw it to Pointer at the top of the key. She faked left and went right down the lane with an underhand scoop shot for the winning points.

Dembele, who scored only one point, took the inbounds pass and appeared headed for a tying shot but Morris came from behind to knock the shot away as the final buzzer sounded.

The victory lifted LSU to 16-2 overall and 4-1 in Southeastern Conference play. Unranked Missouri fell to 13-4 and 2-2.

"We had a dribble play for a man (defense) and they came out in a zone. Coach called a low pass. I got the ball in my hands and figured I'd be aggressive, either take the shot or draw somebody and kick for a last-second shot," Pointer said of LSU's final possession. "I went a little early but it worked out in our favor."

Aijha Blackwell had 26 points and 16 rebounds before fouling out in overtime. Lauren Hansen had 23 points, Hayley Frank 19 and Troup had 13.

The game was a battle between the top two shooting teams in the conference. LSU shot 48.1% from the field (37 of 77) and outrebounded the visitors 45-31.

LSU had three chances to take the lead on its last possession in regulation as Pointer, Cherry and Morris each missed shots, leaving the visitors with a chance to win it with 10 seconds remaining. But Hansen, who beat No. 1 South Carolina with an overtime buzzer beater two weeks ago, saw her layup attempt bounce on the rim and away as Hannah Gusters rebounded for LSU.

"Both teams have kids that just compete tough, they don't want to lose," LSU coach Kim Mulkey said. "I told (Missouri coach) Robin (Pingeton) 'You didn't lose, you just ran out of time and it could have been us.'

"Everything about the game tonight I loved. It wasn't an ugly game, it was a well-played game."

LSU was seemingly in control with a 48-38 with 8:33 left in the third quarter lead when double disaster hit in a span of 37 seconds. Leading rebounder and defensive specialist Autumn Newby suffered an injury and had to be helped off the court, favoring her left leg.

"We got rattled when Autumn went down with the injury," Mulkey said. "I hope she's OK. I didn't have a doctor or trainer tell me anything."

Morris scored a basket to make it 50-38 and moments later Aifuwa was whistled for her third foul on a drive by Frank. Aifuwa’s reaction to the foul drew a technical from the referee, putting her one foul from disqualification. LSU suddenly found itself without its starting post players with 7:56 left in the third quarter.

Missouri quickly closed the gap with a 9-0 run and twice cut the lead to two points. But LSU gathered itself and pushed the lead back to seven points, 60-53

LSU led 44-33 at the half using its defensive quickness and rebounding to separate the score. Pointer had 14 points on 5-of-10 shooting, including 3 of 5 on 3-point attempts. Aifuwa and Cherry had eight each as LSU shot 19 of 35 from the field (54.3%)

Newby led LSU to a 20-11 margin on rebounding with 12, five on the offensive boards. Newby also helped contain Blackwell, holding her scoreless in the first quarter. Blackwell eventually broke loose scoring 11 of her 12 first-half points in the last 4:01.

LSU’s defensive quickness netted five steals among the 10 Missouri turnovers. The visitors warmed up after missing five of their first six shots and finished the half 11 of 25, 7 of 15 on 3-pointers. Missouri had only one offensive rebound.

The LSU women’s basketball team is on a roll in its first year under coach Kim Mulkey. Sunday, her Tigers take their surprising 16-2 record an…