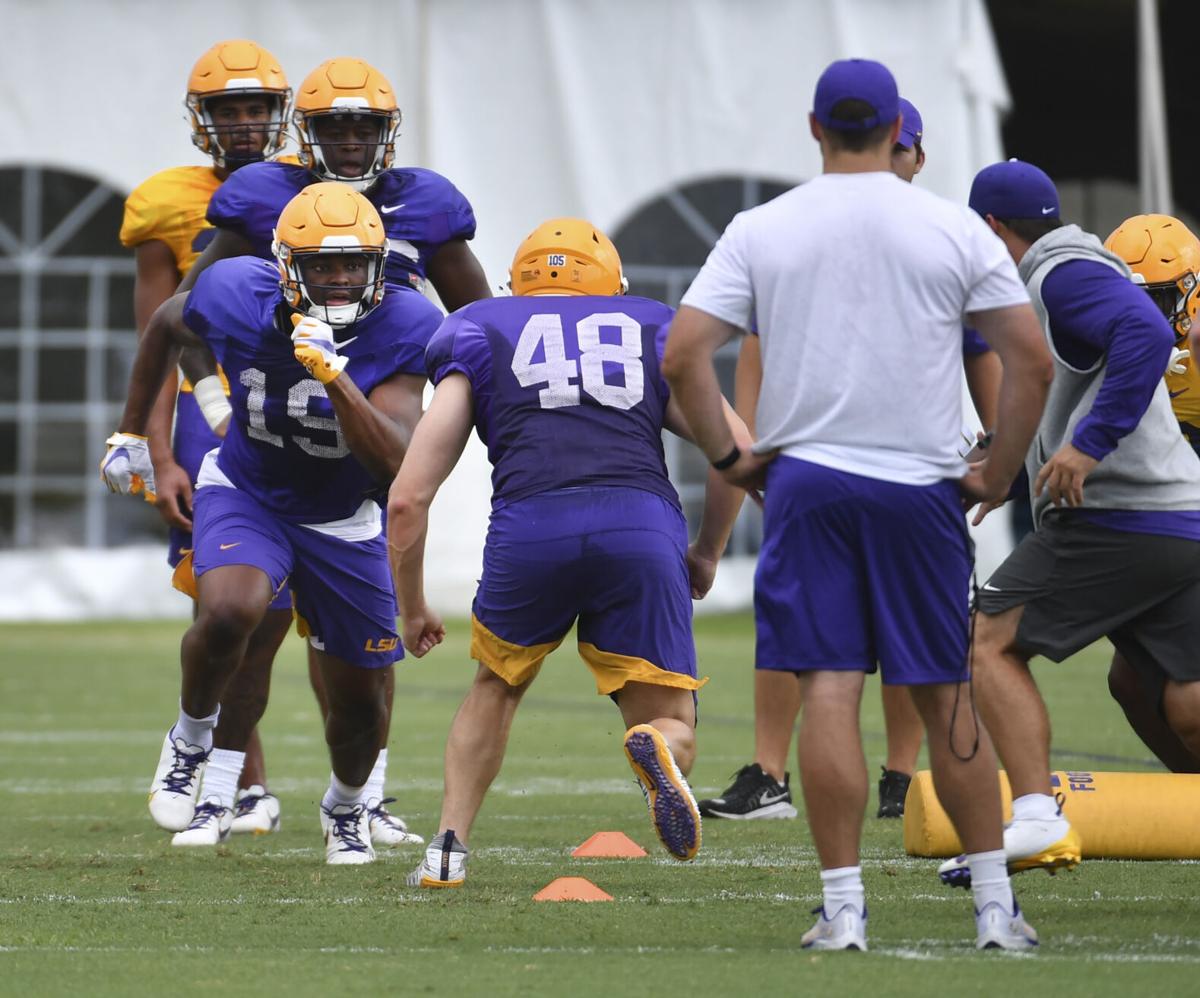 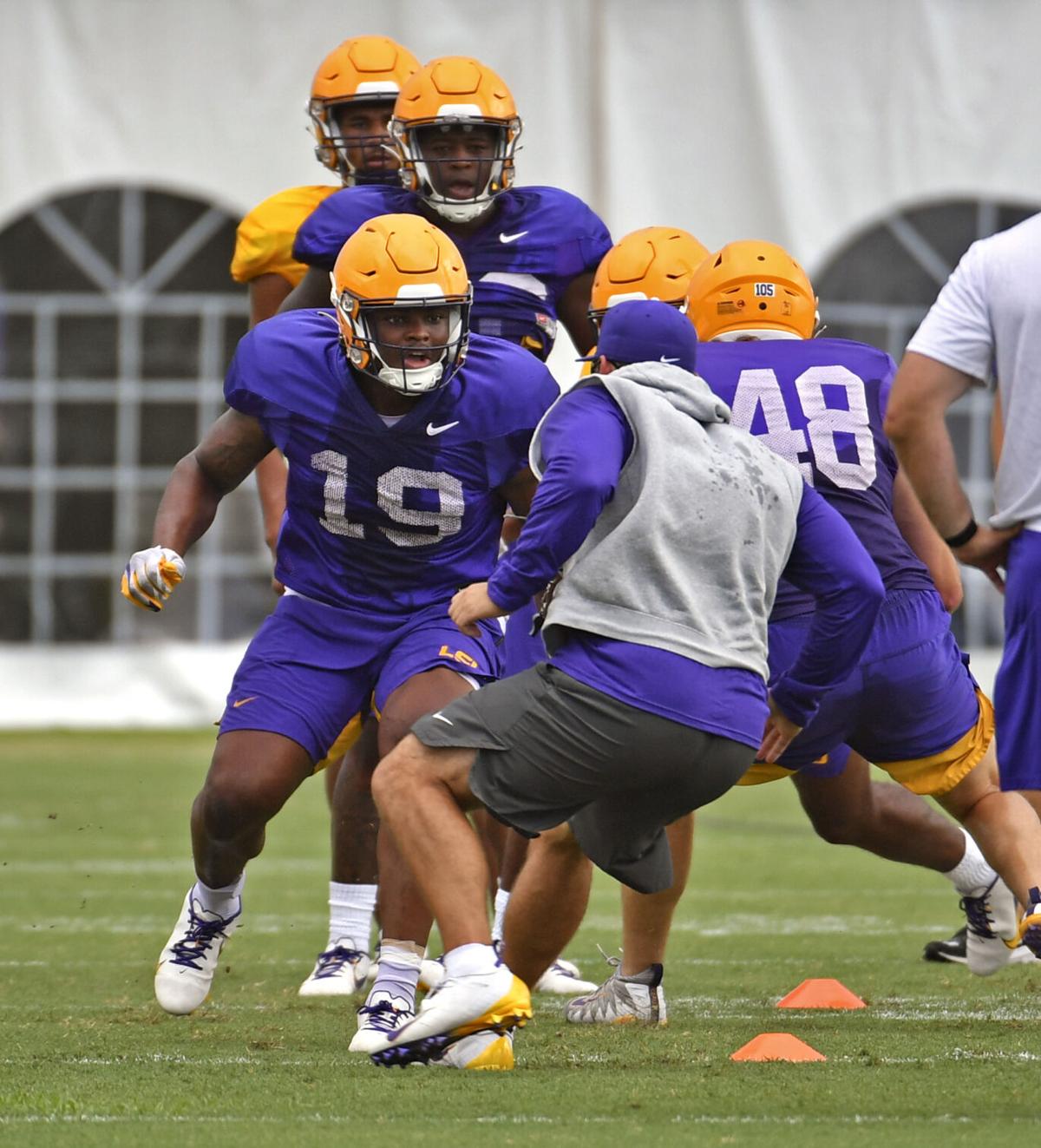 During his first practice period as an inside linebacker, Mike Jones Jr. noticed the speed. Plays seemed to unfold faster standing near the line of scrimmage, forcing him to change the way he viewed the game. At that moment of preseason camp, Jones realized how much he needed to adjust.

“This is a different space than what I'm used to,” Jones said.

But Jones didn’t mind. He transferred from Clemson to LSU for this very reason — to play “inside the box,” as he said — after spending three years as a nickel safety/sam linebacker hybrid. Jones wanted to prove to himself and NFL teams he could play closer to the ball, a position he believed better suited his 6-foot-2, 234-pound frame in the long run.

“I don't see too many 225-230 pound nickels at the next level,” Jones said. “It was going to happen eventually, so I might as well put myself into a position where I can grow and really challenge myself as soon as possible, so whenever it is that time, I'll be ready.”

Explaining it that way, it made perfect sense why Jones transferred after starting last season for one of the best programs in the country.

Jones had recorded 30 tackles, four pass breakups and two interceptions in his first season as a starter after waiting behind Isaiah Simmons, the eighth overall pick in the 2020 draft. Jones appeared entrenched at the position, so his decision to enter the NCAA transfer portal in January as a graduate student was initially described by some online as surprising.

But Jones’ position at Clemson pulled him further toward the secondary. The space between him and the line of scrimmage let him easily spot the No. 2 and No. 3 wide receivers. He saw every pre-snap motion. It took multiple seconds for the ball to reach him.

Jones thought he produced enough tape playing outside like that last year, and other than Simmons, he didn’t see many NFL players with his size in a similar role. Instead of waiting to change positions until he left college, he announced in early February he would transfer to LSU. He has three years of eligibility.

“Mike is a guy who can do whatever,” senior linebacker Damone Clark said. “He played more of a coverage type at Clemson, but he's developing into more of a linebacker. He's doing a really good job, and whatever you ask him to do, he'll do it.”

The first practice playing inside showed Jones what to expect. He had less space around him. He had to quickly spot lead blockers and misdirection plays. The position was more physical. Plays developed faster.

“When you're inside, everything's happening right there,” Jones said. “It's an adjustment you have to make, man.”

Jones admitted he's still learning. As he does, Jones doesn’t know exactly what his role will look like this season.

Since the beginning of preseason practice, LSU's players have said communication — an issue that plagued them last season because of the coronavirus pandemic — has improved.

A crowded room became deeper with Jones’ arrival, but there may be a spot for all of them this season. With more offenses running spread schemes, LSU will primarily play a defense that uses two linebackers. The spread strains defenders’ stamina, so coach Ed Orgeron wants to rotate LSU’s linebackers throughout the game.

“If we can rotate our linebackers, two at each spot, I think we’ll be better off,” Orgeron said. “Then again, with some situational stuff on third down, we may put some different guys in at linebacker than we had on first and second down, depending on the type of offense we’re playing. During the season somebody is going to get hurt, so you’ve got to develop depth there. I think rotating linebackers will be healthy for us.”

As LSU gets closer to its season opener Sept. 4 against UCLA, Jones intends to do whatever the coaches ask of him and “try not to get left behind” in one of the most wide open position battles of preseason camp.

Sometimes, LSU shows film before practice from the national championship game he played in as an opponent. Jones chuckles and remembers the heartbreak he and his Clemson teammates felt that night. He still appreciates the memory, but now he's exactly where he wants to be: inside the box.

LSU senior defensive lineman Glen Logan re-injured his foot this week and will miss an unspecified amount of time as he heals, coach Ed Orgero…