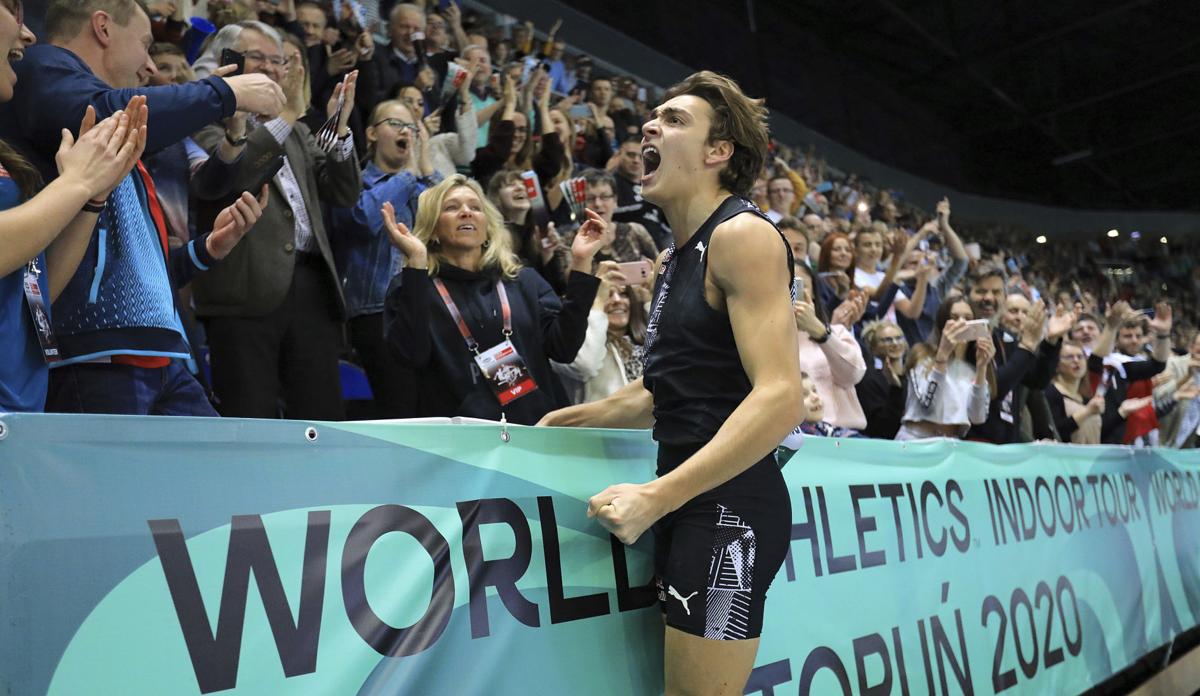 Mondo Duplantis, a former LSU start who competes for Sweden, celebrates after setting a world record in the men's pole vault final during the indoor athletics meeting Orlen Copernicus Cup 2020 in Torun, Poland, Saturday Feb. 8, 2020. Duplantis soared 20 feet, 3¼ inches on Saturday in a meet in Glasgow, Scotland to break his own record by a half-inch. 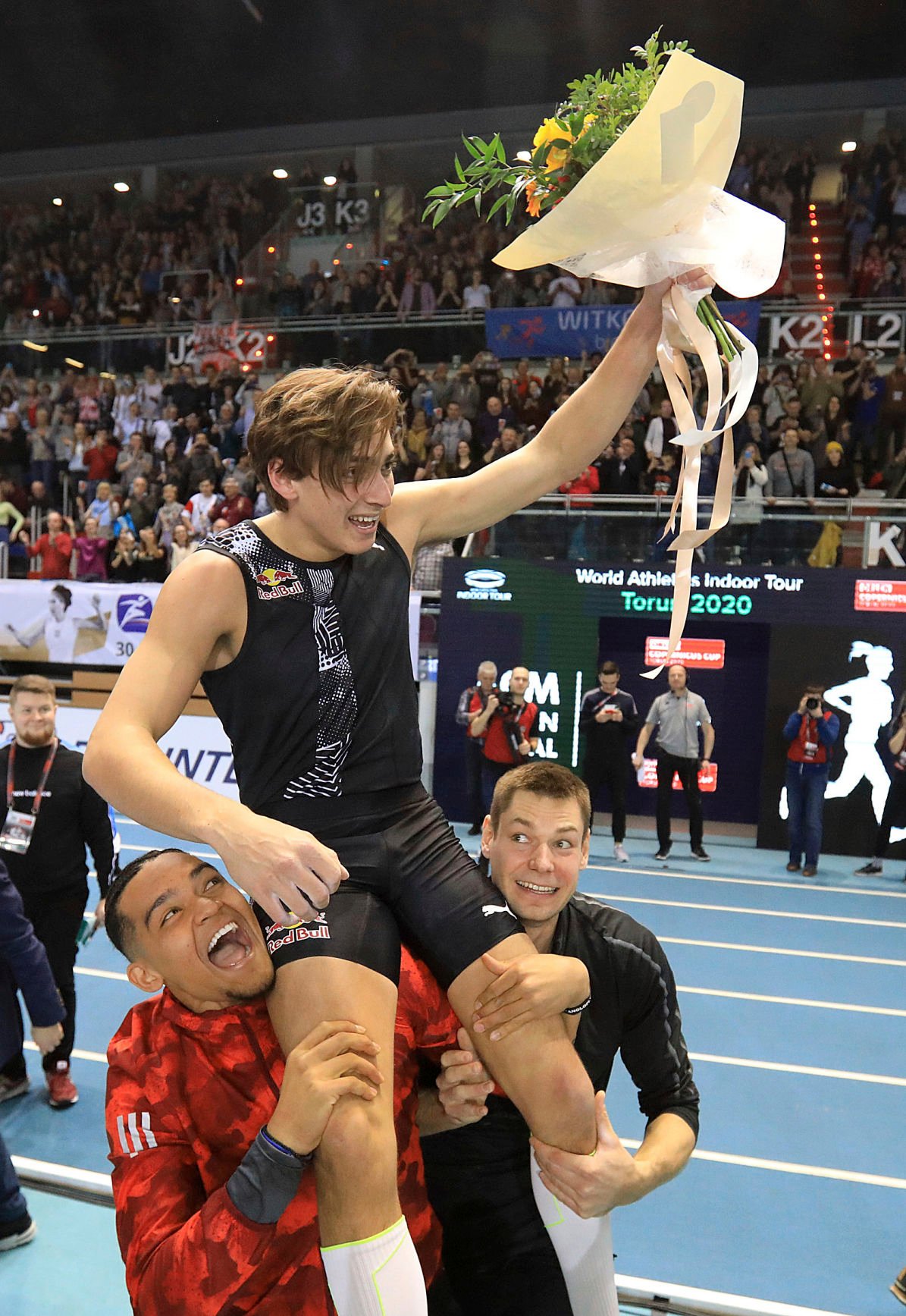 Mondo Duplantis, a former LSU start who competes for Sweden, celebrates after setting a world record in the men's pole vault final during the indoor athletics meeting Orlen Copernicus Cup 2020 in Torun, Poland, Saturday Feb. 8, 2020. Duplantis soared 20 feet, 3¼ inches on Saturday in a meet in Glasgow, Scotland to break his own record by a half-inch.

TORUN, Poland — Armand "Mondo" Duplantis set the world record for the pole vault with a clearance of 6.17 meters Saturday at Orlen Copernicus Cup as part of the World Athletics Indoor Tour. He broke Renaud Lavillenie’s mark of 6.16 meters set in 2014.

“I’ve wanted to break the world record since I was 3 years old,” said Duplantis, the former LSU vaulter and Lafayette native.

“It hasn’t really sunk in yet. I’m on cloud nine right now. There’s no secret to what I do. I just put in a lot of hard work. I can’t thank my parents enough for helping me to get to where I’m at now. All the support I had from everybody is the reason why I did this.”

Duplantis, 20, competes for Sweden, his mother's homeland, and made a strong statement with the Tokyo Olympics just six months away.

During the competition, Duplantis cleared the following heights: 5.52 meters, 5.72 meters, 5.92 meters, and 6.01 meters before moving up to the world-record height of 6.17 meters. He cleared the height on his second try.

Tim Lemaire, Lafayette High athletic director and boys track and field coach commented on the record, saying, "I saw the video, and after what he did a few days ago (at PSD Bank Meeting in Düsseldorf, Germany), just missing (the world record), I guess we all knew it was a matter of time."

Lemaire also described how close he came to the record in Germany.

"He had his body over it, and he kind brushed it with his arm coming down," Lemaire said. "That knocked it off, but he was over it. His jump at six meters previous to that, he was way over it. So I could see him breaking this again often and frequently over the next few months. Who knows?"

Lemaire said after watching Duplantis practice every day in high school, he knew Duplantis was destined to break a world record.

"When he was at Lafayette High, just the things he would do at practice, watching him jump 18-6 like it was nothing in practice, you knew something great was coming," Lemaire said. "He's so motivated and focused. That was dream, and he obviously worked (extremely hard) for it."