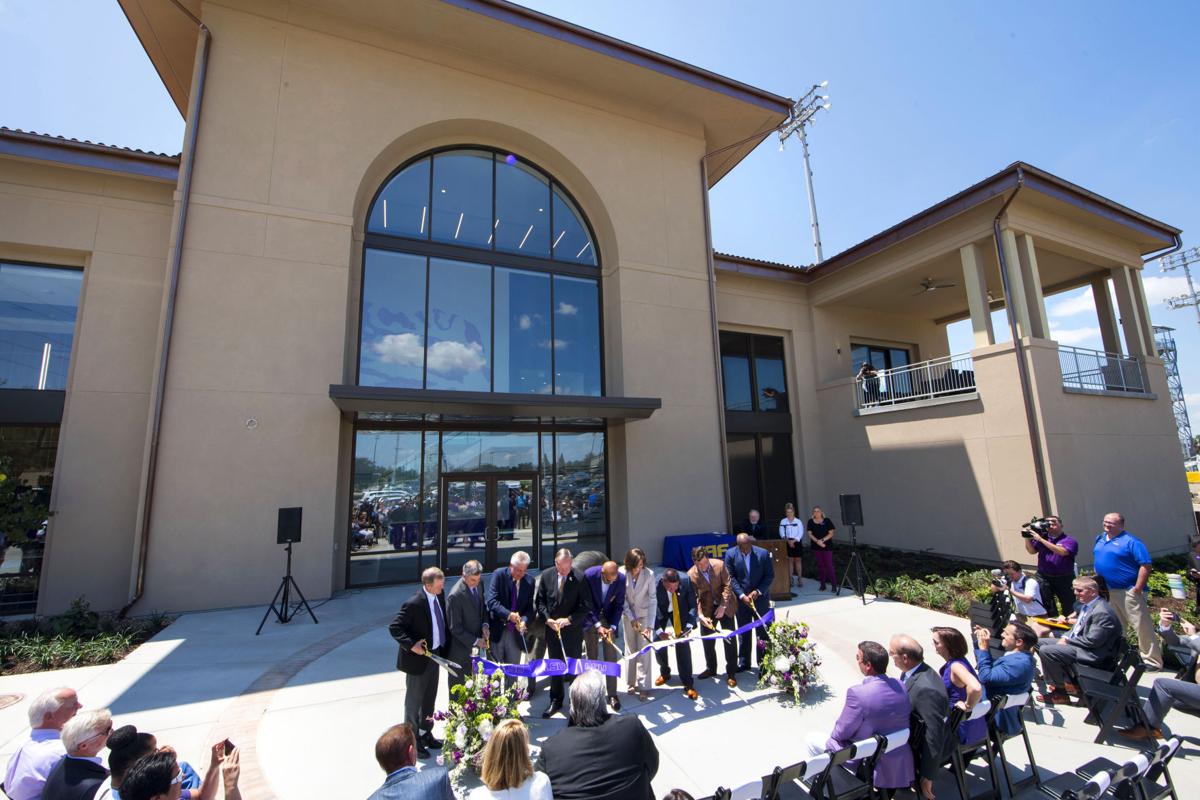 Officials and dignitaries cut a ribbon before lunch and a tour at LSU's new Football Operations and Performance Nutrition Center, Wednesday, July 24, 2019. 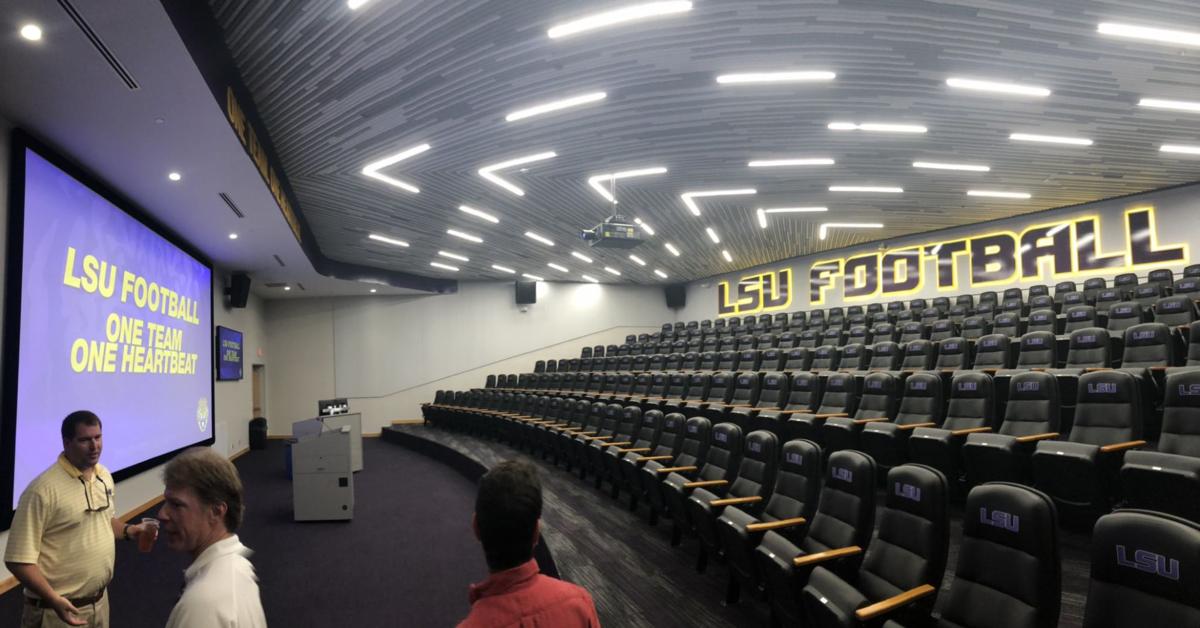 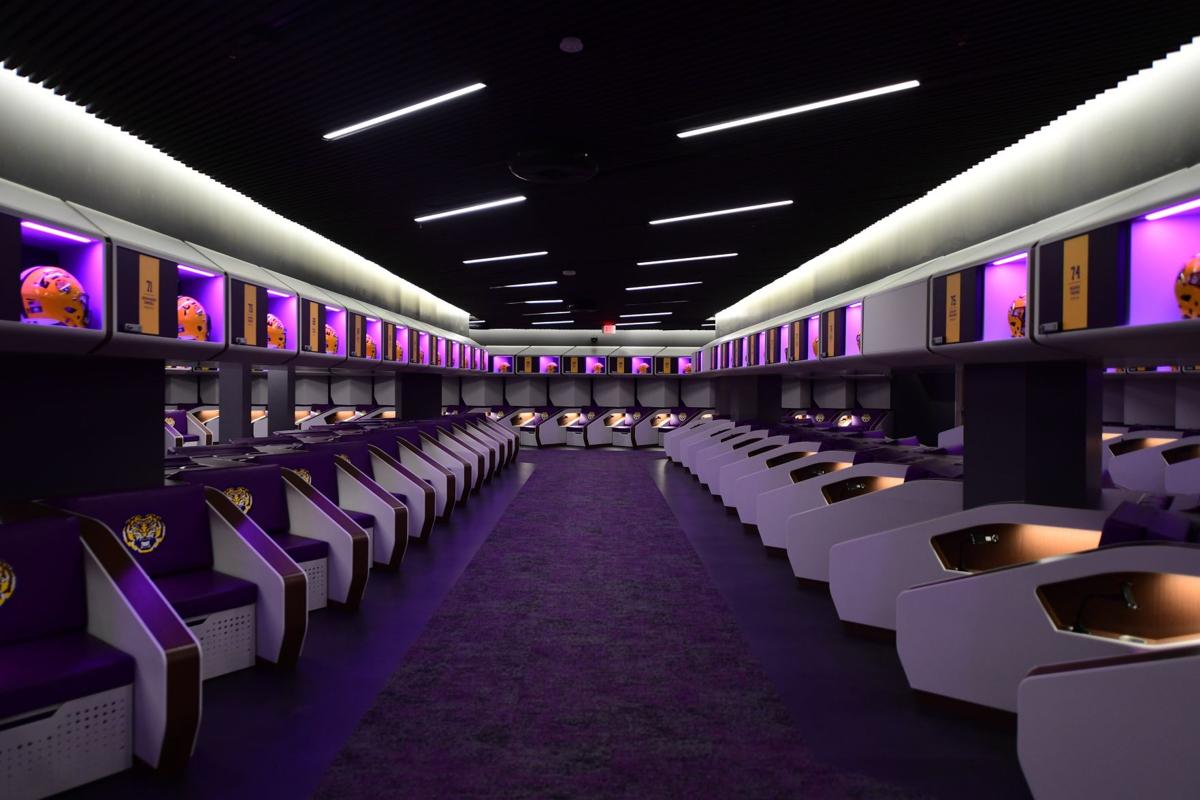 Officials and dignitaries cut a ribbon before lunch and a tour at LSU's new Football Operations and Performance Nutrition Center, Wednesday, July 24, 2019.

The nearly $28 million project, paid for with private donations to the athletic department, includes the addition of nearly 25,000 square feet, with a new training room, offices, locker room, players lounge and cafeteria.

The newest renovation project in LSU athletics has been completed.

The renovation takes the place of the old center, which opened in 2005.

LSU first showed off the facility on social media Sunday, which prompted mixed results from fans and critics.

Critics argued the lavish building was excessive with other buildings on campus needing repairs. Several players responded to those criticisms, citing the money produced by the team and that the funding was not using money taken away from academics.

One of the most eye-popping parts of the new facility is its locker room area.

Designers and team management explained that they opted for a room with dedicated space for each player that looks more like a first class pod on an airplane.

Each pod has a chair that folds out into a bed, storage space, an iPad holder to watch film and more.