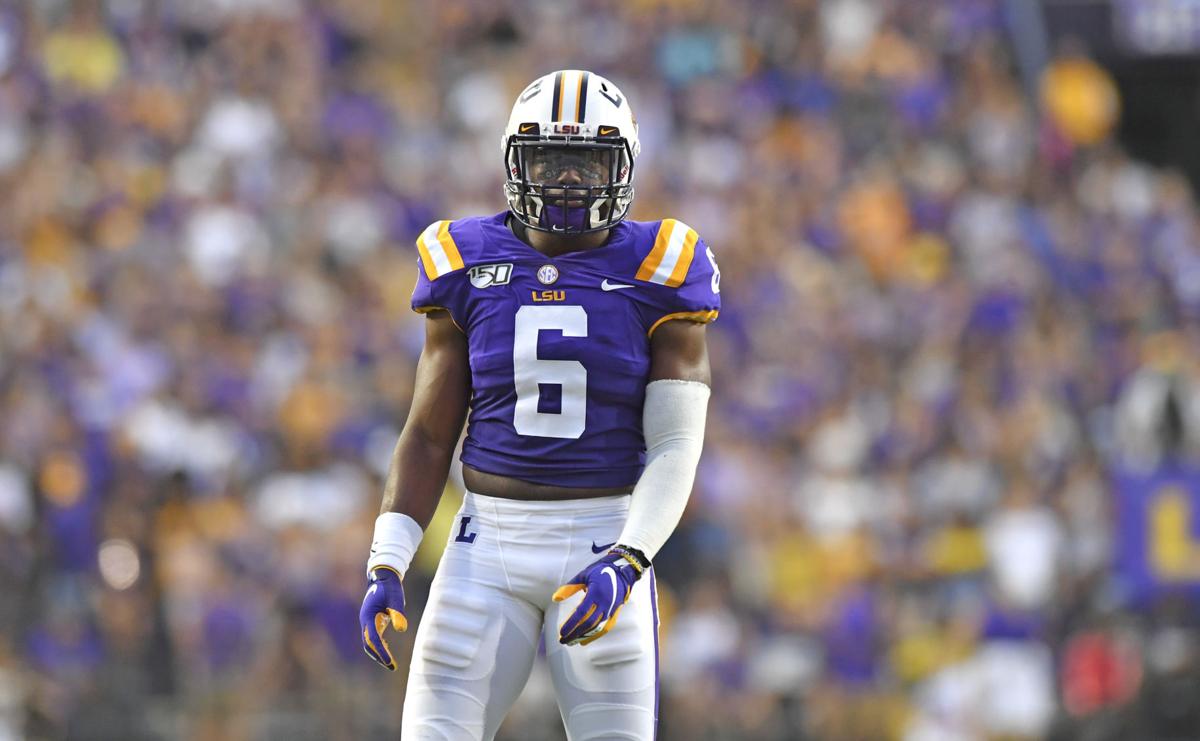 LSU linebacker Jacob Phillips (6) on the field in the first half against Northwestern State, Saturday, September 14, 2019, on LSU's campus in Baton Rouge, La. 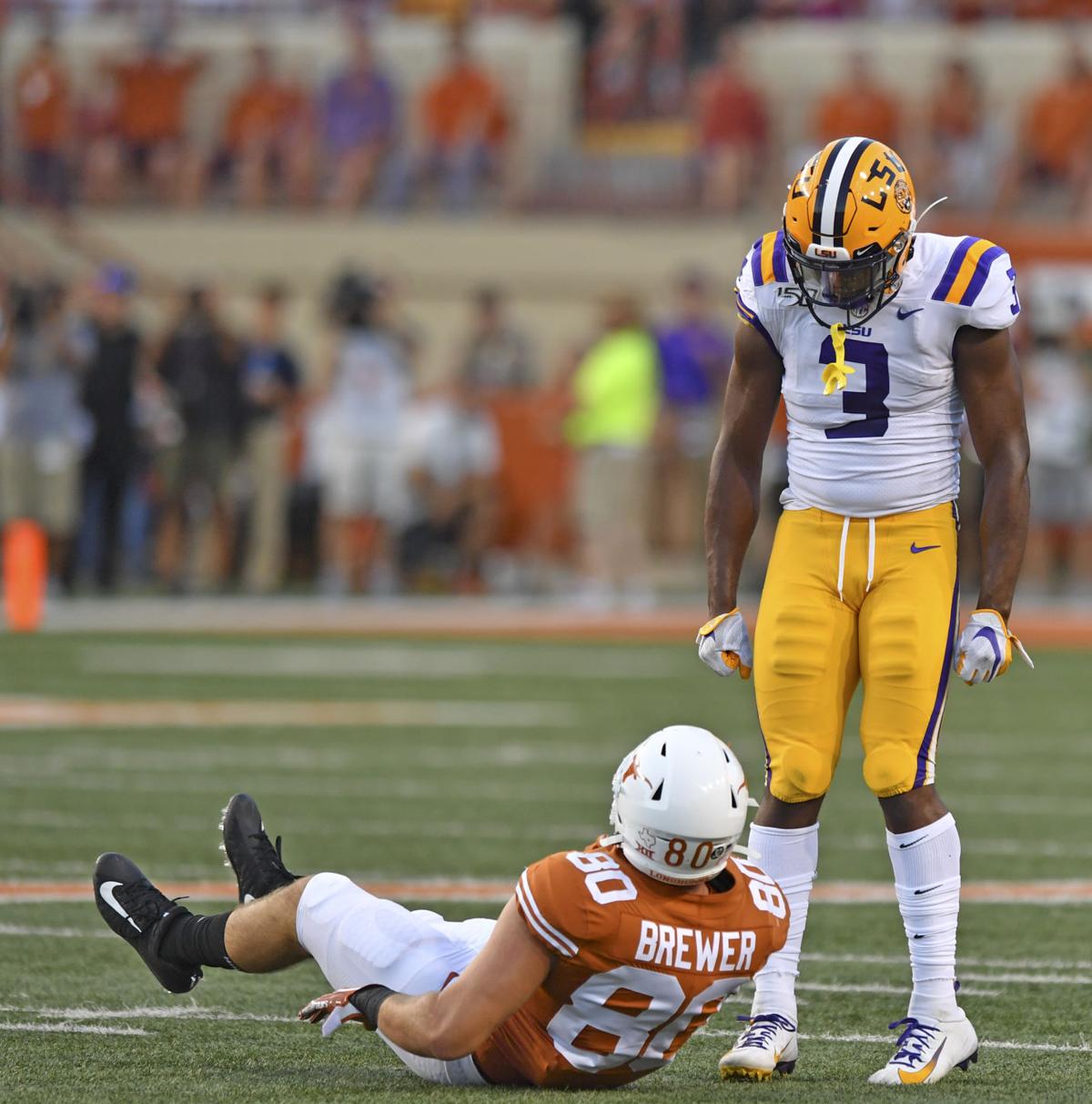 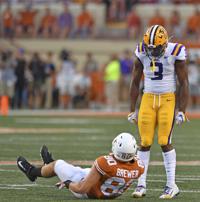 LSU linebacker Jacob Phillips (6) on the field in the first half against Northwestern State, Saturday, September 14, 2019, on LSU's campus in Baton Rouge, La.

Six days before he needed to sign a national letter of intent, Jacob Phillips changed his verbal commitment.

Phillips, an inside linebacker, had spent three months committed to Oklahoma. He visited LSU near the end of January, talking with coach Ed Orgeron and defensive coordinator Dave Aranda about the future.

Growing up in Nashville, Tennessee, Phillips had not watched much LSU football, but he understood its history of sending players to the NFL.

“It’s all about the future,” Phillips said earlier this week. “The coaches that we have here, I think they prepare us well and the culture around here is dominant. If you want to be in a position to be pushed every day, then this is the school for you.”

One week after his visit to LSU, Phillips flipped from Oklahoma to LSU, and another top-rated player in Tennessee left the state.

Of the 10 highest-rated players in each class since 2010, according to 247Sports, 56 have signed out-of-state, an average of 5.6 players per class. Five picked LSU, including Maurice Hampton, the state’s No. 1 overall recruit last cycle.

One year in particular, 2014, bucked the trend. It was Butch Jones’ first recruiting class at Tennessee, and eight of the state’s 10 highest-rated players signed with the Volunteers. One chose Vanderbilt. But Jones was fired in 2017.

That same year, Phillips picked LSU. The Tigers also signed safety JaCoby Stevens, the No. 2 player in Tennessee according to 247Sports. They both lived near Nashville, a town that for some reason, Ed Orgeron said, sends players throughout the Southeastern Conference.

“Those were student-athletes we looked at,” Vanderbilt coach Derek Mason said. “Obviously, it was tough to see them wind up in our conference, but that's the nature of college football. With that being said, when you live in a city that's growing and you play in the SEC, people are going to come grab talent.”

Phillips and Stevens played each other twice in high school. The first time was during a scrimmage their freshman year.

“He wouldn't admit it, but he tried to get a crack block on me,” Stevens said. “I made him miss.”

They faced each other again three years later, during a 7-on-7 game before their senior seasons. Stevens’ team won both times.

“I mean, when you blow somebody out that bad,” Stevens said, “it's not a rivalry.”

“It wasn't a rivalry,” Phillips said, “but I feel like they weren't as good as JaCoby said they were.”

As they developed into two of the state’s top-rated players, Phillips and Stevens trained together at National Playmakers Academy. They kept in light contact, but they weren’t close friends. They competed for awards recognizing the best player in the state.

“Every time we were up for awards and I saw him as a nominee,” Stevens said, “I was always worried he was going to win.”

Stevens committed to LSU at the beginning of his senior year. He enrolled early a few months later. As Phillips made his decision, Stevens did not try to sway him toward LSU. He shared his experiences on campus, but he believed Phillips needed to make the best choice for his needs. But when Phillips flipped less than a week before signing day, Stevens felt excited.

“I couldn't wait to get to work with him,” Stevens said. “We've got Tennessee boys down here.”

As LSU plays Vanderbilt this Saturday, the Tigers’ first trip to Nashville since 2010, Phillips and Stevens look forward to a personal homecoming.

Phillips has visited the city frequently the past two years. He went home about three times this summer, flying out when Hurricane Barry threatened to flood parts of Louisiana.

Stevens’ immediate family moved to Louisiana after he enrolled. His extended family already lived here. He doesn’t feel quite the same connection to Nashville as Phillips, but he has received a slew of ticket requests from friends who want to see him play. So has Phillips.

“I need all the tickets,” Phillips said. “Some people can't always come to my games down here, so having them there to see me, that will be the best feeling.”

Tigers safety JaCoby Stevens is from Nashville, but he's made LSU 'a second home'

When LSU last played in Vanderbilt Stadium, a 27-2 Tigers victory in 2010, JaCoby Stevens looked to his mom, Dionne, and said, “Mom if I go to…