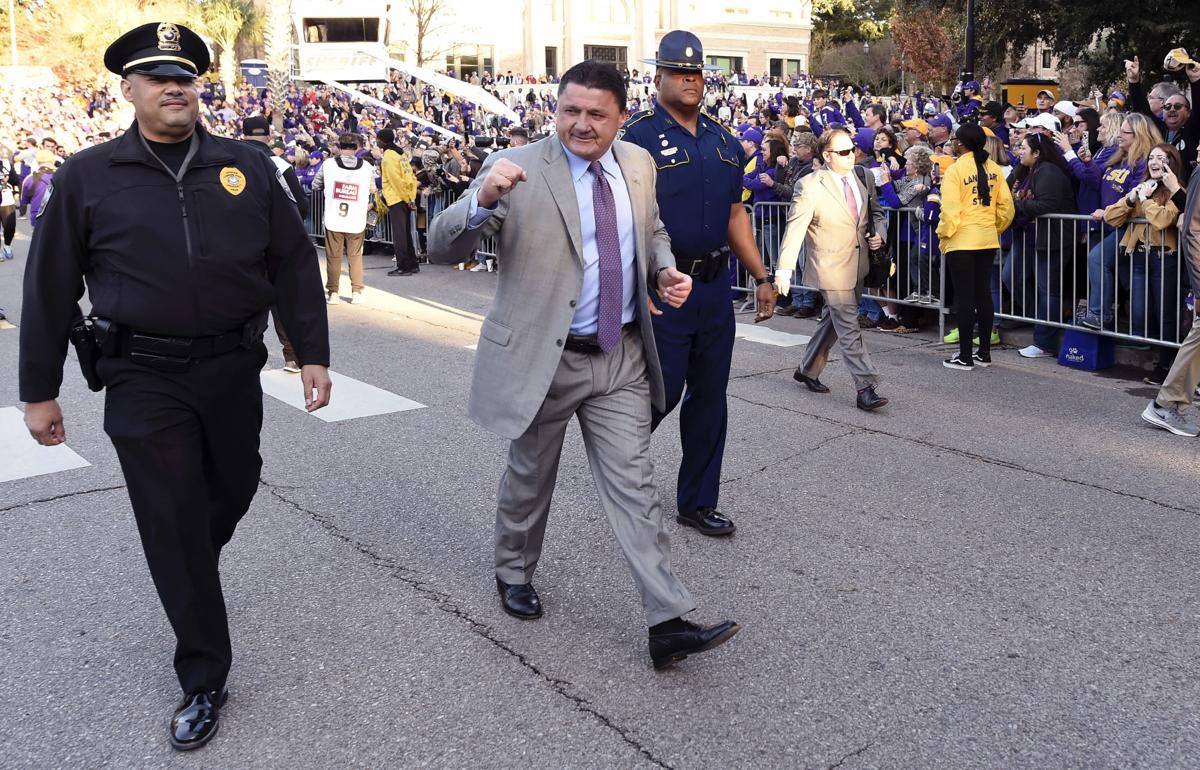 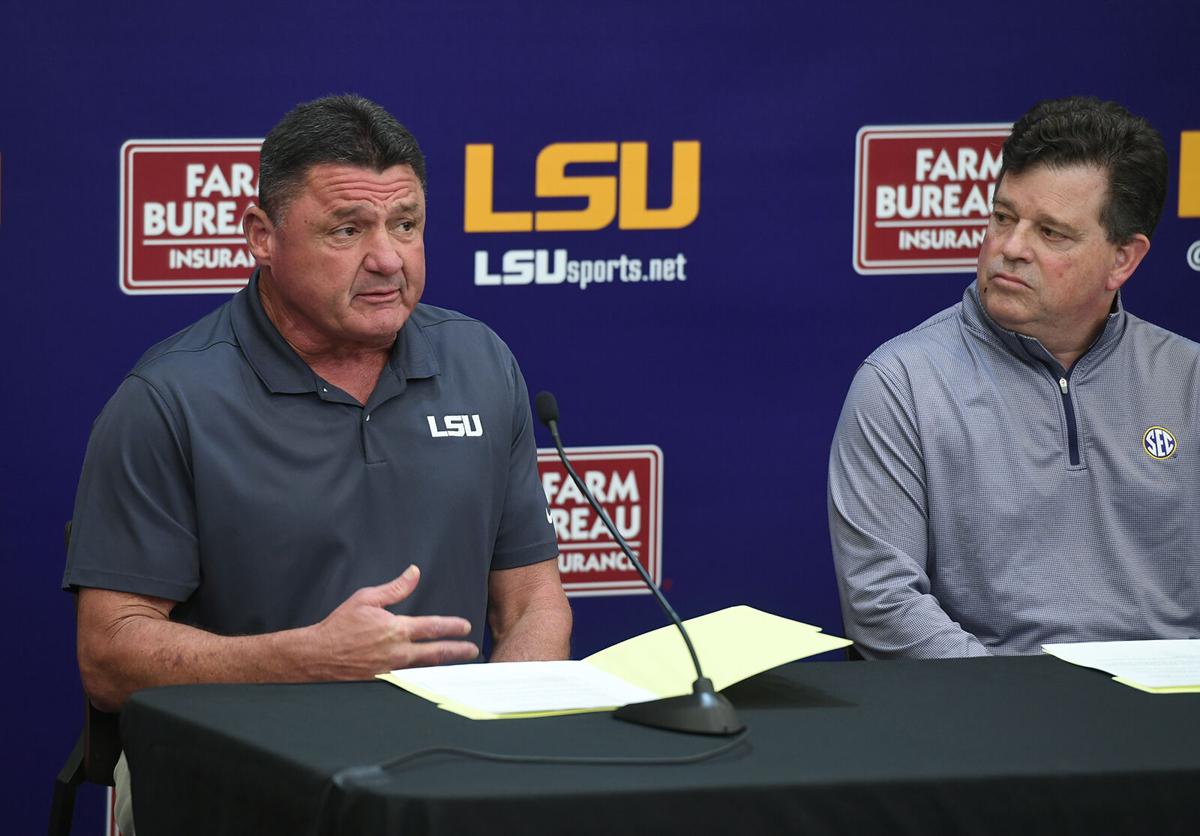 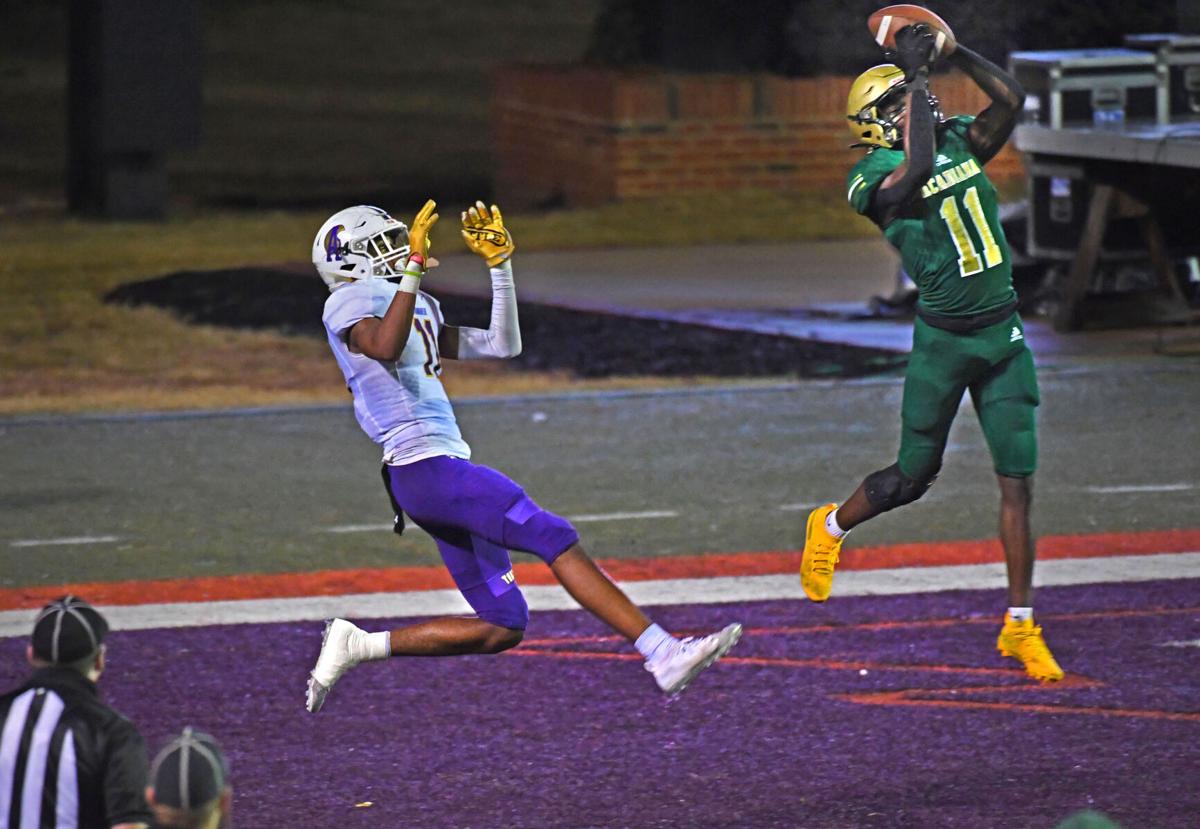 On the same day coach Ed Orgeron sat next to athletic director Scott Woodward to announce the end of his tenure at LSU, he had called two recruits earlier to tell them to start theirs.

And by Wednesday night, another of the 14 commitments in LSU's 2022 recruiting class said he had also heard from Orgeron.

“I talked to him yesterday, and he was still saying LSU was the best place for me,” Acadiana High School cornerback Laterrance Welch said.

Maybe it’s easy to sell LSU to in-state recruits. Defensive lineman Tygee Hill said he grew up watching the Tigers and New Orleans Saints. That’s the culture he grew up with, but that’s also what made Orgeron so relatable. He’s a Louisiana native.

What will LSU's new coach inherit? Breaking down a roster that's 'closer to the top'

LSU's next coach will have to conduct some internal recruiting to keep players from transferring, but if the staff retains the bulk of the roster, the team has a talented foundation.

“Wholeheartedly, I wanted Coach O to stay. That was a big part of why I committed to the LSU family,” Hill said. “He was just really transparent with you. He made you feel like family. It’s like Uncle O, almost.”

Welch and Hill both say they are still committed to playing LSU football, for now. They’re taking it day by day as they finish their high school seasons. But it’s unclear how Orgeron’s commitment to finish this season, as well as his impending departure, will impact recruiting.

Lame-duck coaches don’t usually remain with a program for this long after their dismissal — and the last time Woodward kept a coach to finish the season was in 2008, at the University of Washington.

Recruiting looked different back then.

“Well, this was the new deal with the early signing period,” 247Sports director of recruiting Steve Wiltfong said. “Four or five years ago, you wouldn't fire your coach until Thanksgiving, because (national) signing day was in February.

“But now, LSU is in a position where their job is open to all the viable candidates and they know it. They have time to go out and make a great hire behind the scenes, and that hire can be made, depending on who they hire, Thanksgiving weekend. That coach has three weeks to recruit for his new program before the early signing period.”

Rabalais: Facing a huge football hire, Scott Woodward may be LSU's most qualified AD for the task

People who knew Scott Woodward growing up figured one day he would be elected governor.

Wiltfong added LSU is in a unique situation with Orgeron, who is leaving his dream job and wants to see LSU football succeed in the future, even if it is without him.

“It kind of leads me to think that some pieces (of Orgeron's staff) might be holdovers, like maybe Mickey and Cory,” Spiegelman said. "It also kind of suggests that we might have a hire in place, right when LSU's season comes to an end, and that you're almost delaying an immediate transfer of those recruiting obligations to the new coach.”

Catholic High School coach David Simoneaux said no matter what coach takes over at LSU, his advice to his athletes remains the same: Go to the program that has the degree plan they want; to a place at which they could see themselves comfortable; and take not of the caliber of people they will be around.

Ed Orgeron has been an interim coach before. In some ways, he is again at LSU.

Ed Orgeron has faced this situation before.

Simoneaux also added that in life, you don't always have control over who your bosses are. That was the case for him as a high school athlete, when Parkview Baptist went through a coaching change the year before its state championship run in 2001.

“I don't know who was impressed with the name ‘Nick Saban’ when (LSU) hired him 20 years ago,” Simoneaux said.

But there is some uncertainty that the LSU name only goes so far — especially when it comes to out-of-state recruits, who might rely on their relationships with coaches more heavily than with the brand. It also leaves them vulnerable to other suitors closer to home, who can use the program’s momentary instability against them.

“If you're a kid from from Orlando and you're committed to LSU, you probably had a great official visit or have great relationships with the staff, but that's not going to stop the Floridas and Miamis and Florida States of the world from knocking on your door,” Spiegelman said. “When adversity hits at the school you’re committed to, the in-state schools tend to poach or pounce.”

After the annoucement that LSU and head football coach Ed Orgeron would part ways at the end of the season, UL head coach Billy Napier’s name …

But even the Louisiana recruits can take a step back. Edna Karr four-star wide receiver Aaron Anderson announced Monday he will re-open his recruitment, one day after the news of Orgeron’s departure.

Five-star quarterback Walker Howard, another LSU commitment, made headlines this week ahead of his anticipated visit to Notre Dame. Walker Howard was raised on LSU football because of his dad, Jamie, a former Tigers quarterback from 1992-95.

“Right now, Walker wants to be at LSU. He’s always wanted to play at LSU,” Jamie Howard said. “Not knowing what’s going to happen and who’s going to get hired is scary to us, that can always impact what kind of offense comes in and that affects the quarterback the most.”

LSU senior linebacker Damone Clark said if he were going through recruitment right now, he would put his trust in his faith and make the right decision with his family.

Clemson's Dabo Swinney was asked if he was interested in the LSU job. Here's what he said.

It's been three days since LSU announced a separation agreement with head coach Ed Orgeron at season's end, and speculation on who will be the…

But defensive tackle Glen Logan, who had seen the end of the Les Miles era first-hand, said there's some trust in the program, which has won three national championships over the past 20 years — all with different coaches.

“Some of the advice I could really give is just stay humble, and believe in the process,” Logan said. “Things are going to get ugly before we get better. This program is not going to die down. We’re still gonna go to bowl games, go to championships and do everything that everyone expects us to do.”

Closing the 2022 class of recruits on a high note may not be a difficult task. LSU currently has three Top 5 signing classes on its roster right now, so the next coach won’t need to rebuild.

But that, of course, is not a certainty.

“I think when you get into the 2023 class and beyond, LSU is going to be some of the top classes,” Wiltfong said.

Two members of the offensive line were in gold no-contact jerseys on Tuesday during the 15-minute practice viewing.