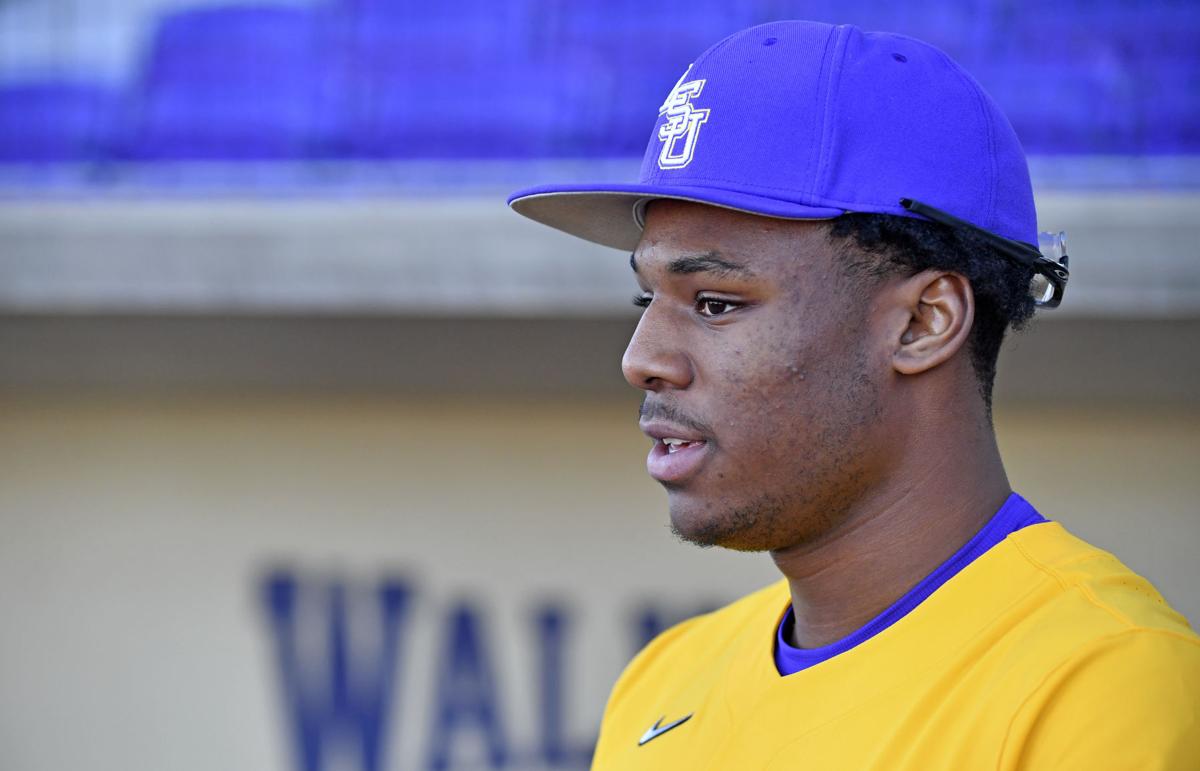 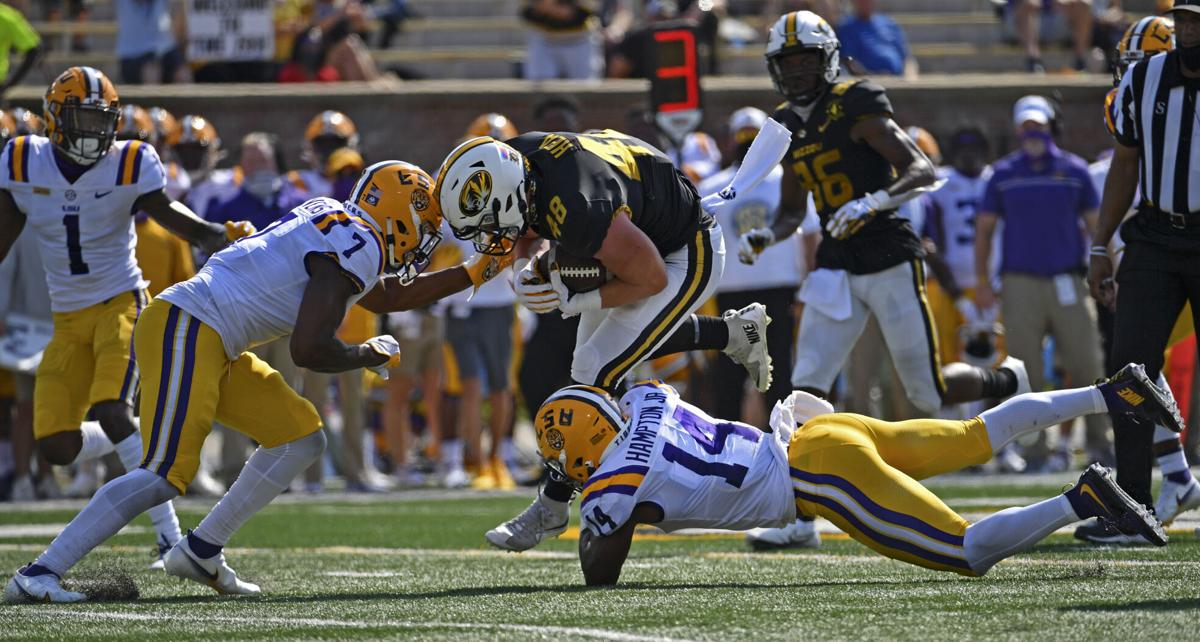 Missouri tight end Niko Hea (48) is stopped on the carry by LSU safety Maurice Hampton Jr. (14) and LSU safety JaCoby Stevens (7) in the first half, Saturday, October 10, 2020, at Faurot Field in Columbia, Mo.

Missouri tight end Niko Hea (48) is stopped on the carry by LSU safety Maurice Hampton Jr. (14) and LSU safety JaCoby Stevens (7) in the first half, Saturday, October 10, 2020, at Faurot Field in Columbia, Mo.

"I was caught off guard by his decision today," Mainieri said, "but I can’t say I was totally surprised."

Mainieri said Hampton told him in December he intended not to play football anymore. Mainieri cautioned him about only playing baseball because he was behind his teammates in his development after splitting his time with two sports, and LSU had a crowded outfield this season.

"I told him if he was going to put all his eggs in one basket with baseball, I didn’t know how that was going to work out for him because he was so far behind so many guys in our program," Mainieri said. "His opportunity was going to be so far away. He was going to have to be patient in waiting for that opportunity."

Hampton only played in five of LSU's 14 games so far this season, the fewest among healthy position players. He recorded two hits with an RBI in four at-bats. He's no longer listed on LSU's roster on its official website.

"I wish him nothing but the best," Mainieri said. "He was an outstanding young man."

Hampton was a highly touted recruit when he signed with LSU in 2019, and, according to his father, the two-sport star turned down a $1.8 million signing bonus in the Major League Baseball draft to play both football and baseball for the Tigers.

If Hampton indeed leaves campus, LSU will lose a talent that arrived with plenty of promise and, while seeing limited time on the baseball diamond, was expected to compete for a starting job in a crowded and talented defensive back room.

Already, Hampton was contributing significantly as a defensive back on the LSU football team. He played in 13 games during LSU's national championship season in 2019, starting in one game against Arkansas. His role increased in a 2020 season in which the entire defense historically struggled, but he picked up experience playing in eight games, five starts, and had 27 tackles and two tackles for loss.

Hampton was expected to compete for a starting job again in 2021 under new defensive coordinator Daronte Jones, although the defensive back depth increased significantly with a strong recruiting class that focused on signing top safeties.

Two-sport LSU athlete Maurice Hampton Jr. will be 'out for quite a while' with stress reaction

Hampton was establishing himself as one of LSU's starting outfielders before an injury setback in the 2020 season. He hurt his back against Texas in the 10th game of the year, and he tried playing through the injury the next day against Baylor. Mainieri then said he'd be "out for quite awhile" with a stress reaction in his back.

"He may be back before the end of the year is over," Mainieri said at the time. "For right now, his back is going to need rest and rehabilitation."

Instead, the baseball season was eventually canceled due to the advent of the coronavirus pandemic, just before Southeastern Conference play, and Hampton finished his first season batting .231 with a double and three RBIs.

LSU has a crowded outfield with eight players now listed at the position on its roster. After junior center fielder Giovanni DiGiacomo strained his hamstring almost three weeks ago, sophomore Mitchell Sanford and freshman Brody Drost received starts in center field, with Drost taking over the position.

Hampton last played in LSU's 12-0 win over Oral Roberts on Saturday, when he subbed in for Drost in the top of the seventh inning while the Tigers held a 11-0 lead. Hampton singled in the next inning, then scored the final run on a Sanford single. He travelled with the team Wednesday to UNO. He didn't practice Thursday.

Jaden Hill returns to the mound with a tweaked slider Friday night against UTSA, his last start before the Southeastern Conference slate begins next weekend.