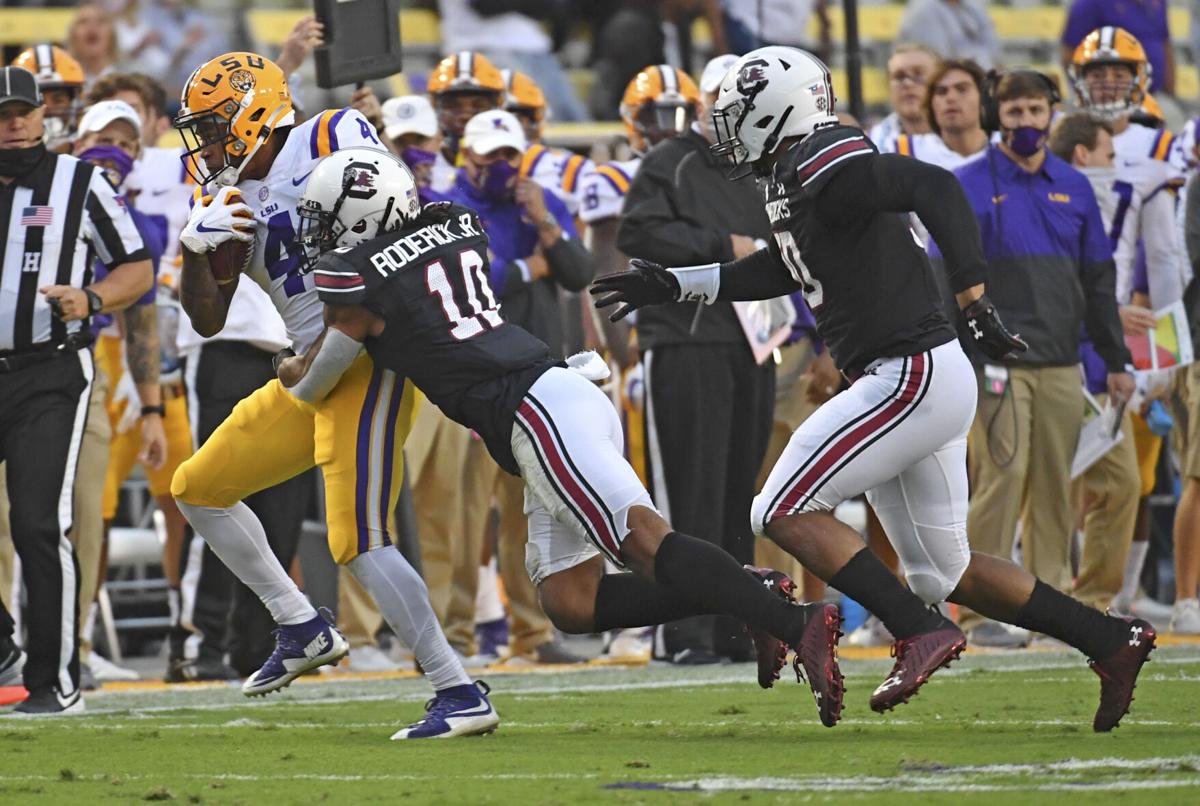 LSU running back John Emery Jr. (4) is forced out of bounds on the carry by South Carolina defensive back R.J. Roderick (10) in the first half, Saturday, October 24, 2020, at LSU's Tiger Stadium in Baton Rouge, La. 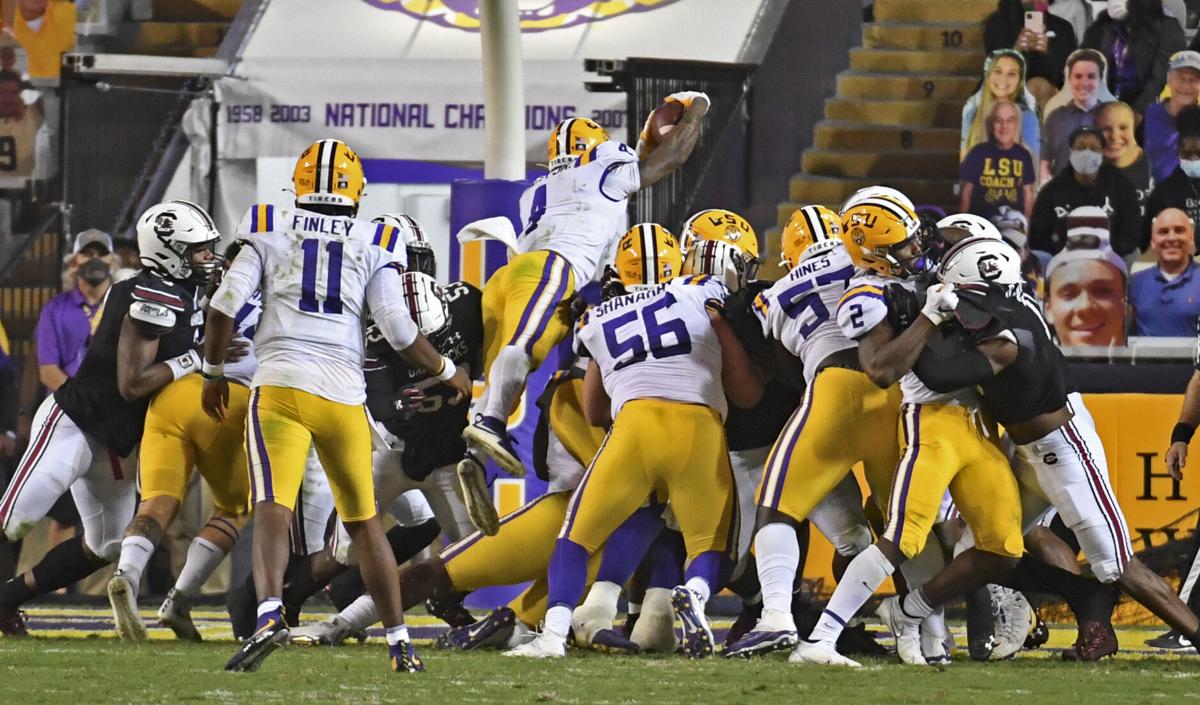 LSU running back John Emery Jr. (4) goes airborne over the scrum for the score in the second half of the Tigers' 52-24 win over the Gamecocks, Saturday, October 24, 2020, at LSU's Tiger Stadium in Baton Rouge, La.

LSU didn't lean on a star rusher to dominate a must-win game against South Carolina.

It leaned on two, and both John Emery and Tyrion Davis-Price answered the call while true freshman quarterback TJ Finley led the offense with Myles Brennan out with an injury.

Chris Curry was the odd man out, carrying the ball just 3 times for 11 yards, and backup Max Johnson ran twice in relief of Finley for 19 yards.

The LSU defense — the beleaguered Tigers defense, the unit that was hurled with so much rightful criticism in its first three games you'd have…

The 276 rushing yards combined was the most by LSU since Week 5 of the 2018 season, when LSU rolled up 281 rushing yards against Ole Miss.

"We already have a pass game, we just wanted to come out and show we had a run game, for sure" Emery said. "Me and Ty always motivate each other. ...  We know we have the abilities. We just have to go on the field and show what we have. So it was great."

Two weeks before kicking off against South Carolina the Tigers were limited to a paltry 49 yards rushing as a team and unable to pound the ball across the goal line after being set up with a first down at the 1-yard line in the final minute.

Davis-Price's touchdown came from 4 yards out in the third quarter, while Emery's came from 3 yards out in the fourth quarter. The goal-line success marked clear improvement in an area Tigers' running backs been working on during a surprise open week with the postponement of the Florida game due to a coronavirus outbreak within the Gator's program.

Emery Through the Air

Emery said before his scoring run he looked to his quarterback and fullback Tory Carter and told them he'd be going airborne.

"We got great penetration by our o-line," Emery said. "I just leaped over. It was great."

But the tone was set early against the Gamecocks, with LSU taking the opening kickoff and marching downfield on a 16-yard scoring drive that included 13 runs. LSU used Finley's 6-6, 230-pound frame twice in short-yardage situations, converting on 4th down then later plowing over the goal-line for his score.

"It was a cold game, and to come out just pounding it like that -- it woke up the South Carolina defense," Emery said. "I'm so proud of my O-line, I'm so happy, they stepped up big-time this game."

LSU went into a clash against South Carolina with a lot of big questions, but emerged with a lot of important answers in the Tigers' dominant,…