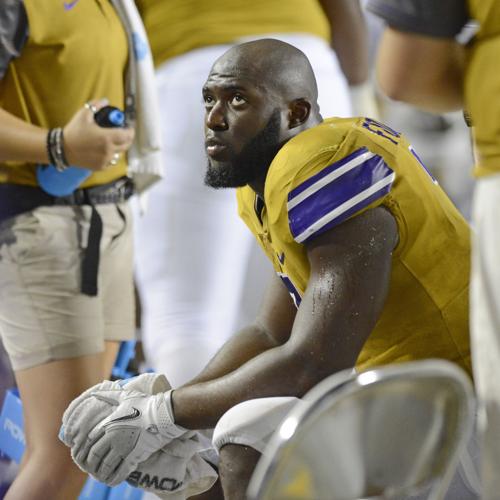 LSU running back Leonard Fournette (7) sits on the bench while Mississippi State has the ball in the second half, Saturday, September 17, 2016, at LSU in Baton Rouge, La. 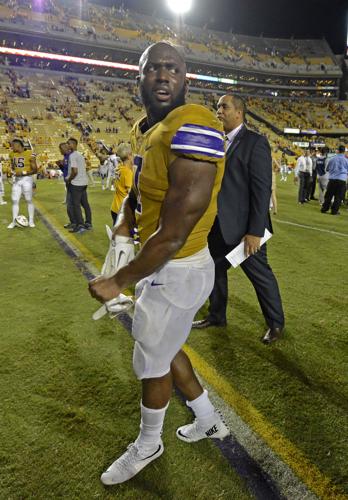 LSU running back Leonard Fournette (7) sits on the bench while Mississippi State has the ball in the second half, Saturday, September 17, 2016, at LSU in Baton Rouge, La.

Les Miles uses every means necessary to wiggle out of explaining a player's injury.

On Monday, he cited a government entity (Homeland Security) when asked about the injury to right tackle Toby Weathersby (Weathersby remains in a walking boot, by the way, and is likely out of practice for a portion of the week and is questionable for the game).

At times, he won't even reveal what body part a player injured — let along any details of, say, running back Leonard Fournette's ankle sprain, one that hobbled him enough to miss his first career game.

ESPN's Jerry Punch clears up some things for us regarding an ankle Fournette sprained in preseason camp and then severely bruised in the season opener against Wisconsin.

Punch, a physician who doubles as an ESPN sideline reporter, worked the Tigers' win over Mississippi State last week. ESPN crews meet with the coaching staff leading up to games, normally on Thursday and/or Fridays.

The bruising high on his ankle compounded the healing process, Punch said.

"The high ankle sprain is a lot more painful, difficult than the low ankle sprain," Punch said during LSU's win over the Bulldogs on ESPN. "Takes a lot longer to heal than a low ankle sprain. It involves a membrane between the two bones in the lower part of the leg. You get bleeding in between a membrane.

"It's very difficult, very painful to push off," he continued. "When he got hit on the outside part of the ankle against Wisconsin, he had more swelling, which created more pain."

Now we all understand why a bruise could keep Fournette from missing a full game (he didn't even dress out during the home opener against Jacksonville State). He missed more than a week of preseason camp because of the sprain and did not appear to be fully healthy in the opener against the Badgers.

He wasn't fully healthy against the Bulldogs, either, according to the network. He suffered soreness on Friday night before the game and was "iffy."

Fournette was spotted toward the end of LSU's practice Monday in full gear and jogging through sprints.

LSU vs. Auburn pregame primer: All the storylines you need to get ready for kickoff

LSU is traveling to Auburn in its first road SEC test of the season. Here all the key storylines and notes you'll need to prepared for Tigers …

Out again: Running back Leonard Fournette will miss game against Southern Miss