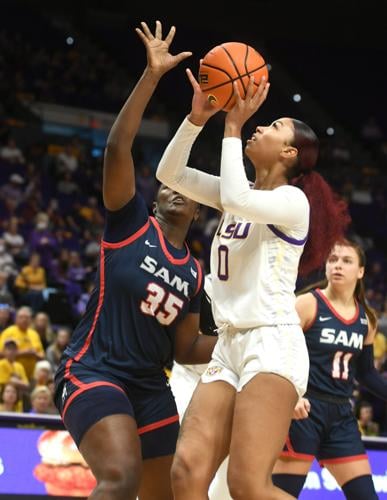 LSU’s Autumn Newby (0) scores on a layup as Samford’s Sussy Ngulefac (35) defends in the first half of LSU’s game vs Samford Monday in the LSU Pete Maravich Assembly Center. 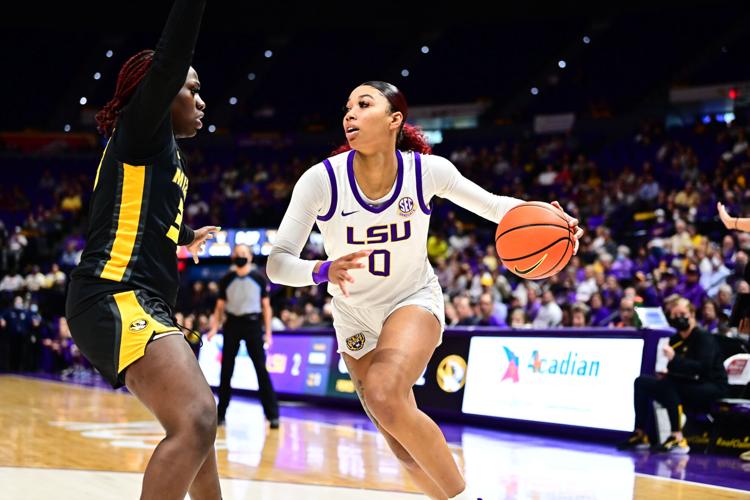 LSU’s Autumn Newby (0) scores on a layup as Samford’s Sussy Ngulefac (35) defends in the first half of LSU’s game vs Samford Monday in the LSU Pete Maravich Assembly Center.

LSU’s first season under Hall of Fame coach Kim Mulkey has been a roaring success with a 16-2 start and a No. 12 ranking.

But the Tigers have just run into their first major obstacle, with injuries in the front court expected to put stress on LSU’s depth with Vanderbilt coming to the Pete Maravich Assembly Center on Sunday for a noon tipoff.

The game celebrates We Back Pat Week, honoring legendary Tennessee coach Pat Summitt who died of Alzheimer’s disease in 2016. The recognition helps to raise awareness of the disease through the Pat Summitt Foundation.

LSU’s leading rebounder and defensive specialist Autumn Newby will not play and is out for the foreseeable future after a leg injury against Missouri on Thursday. Before that game, reserve forward Ajae Petty was ruled out indefinitely with a stress reaction.

Newby’s spot in the lineup will be taken by either Awa Trasi or Hannah Gusters, and Mulkey could find herself playing more zone than her preferred man-to-man defense moving forward with only three available post players.

LSU (4-1 in SEC play) will be facing an improved and energized Vanderbilt (10-7, 1-2) under first-year head coach Shea Ralph, a player and assistant for 13 seasons under UConn legend Geno Auriemma.

“She runs a lot of the same stuff he does offensively,” Mulkey said. “They’re competitive in games, winning games, much improved. They’re playing hard. They realize what their deficiencies are on the offensive end and make up for them on defensive end. They’re not big like our bigs, but they’re so active and move a lot defensively that they create a lot of havoc.”

“Look at the scores of their games: they’re in every game, even those they lose,” Mulkey said. “(Ralph is) instilling a sense of urgency and passion in how hard they play. We’re going to see a 2-3 zone, a 2-2-1 three-quarter court press … we have to handle the press and attack the zone.

LSU is still in good shape with the league’s second-best scoring average (73.2) and the Tigers held off Missouri with four players scoring in double figures. Khayla Pointer hit 21 points, including the winning layup with 5.7 seconds left and she leads the conference with 328 points. Her 18.2 scoring average ranks third in the SEC and her 5.3 assists fourth in the nation.

Pointer has gotten plenty of support. Faustine Aifuwa had 17 against Missouri and has hit double figures in five of her past seven games while averaging 10.1 per game. Guard Alexis Morris is scoring 14.3 per game and leads the team with 35 steals.