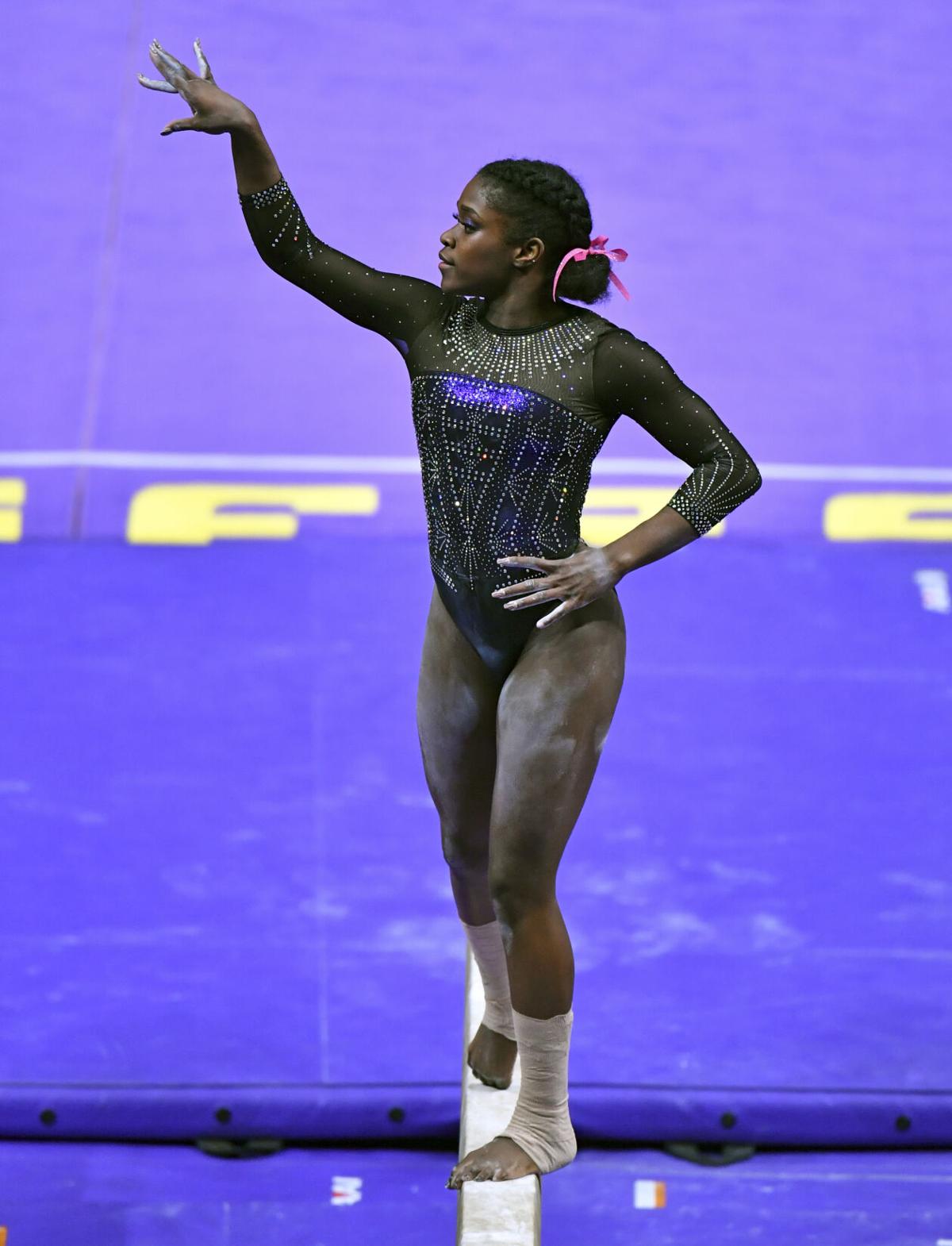 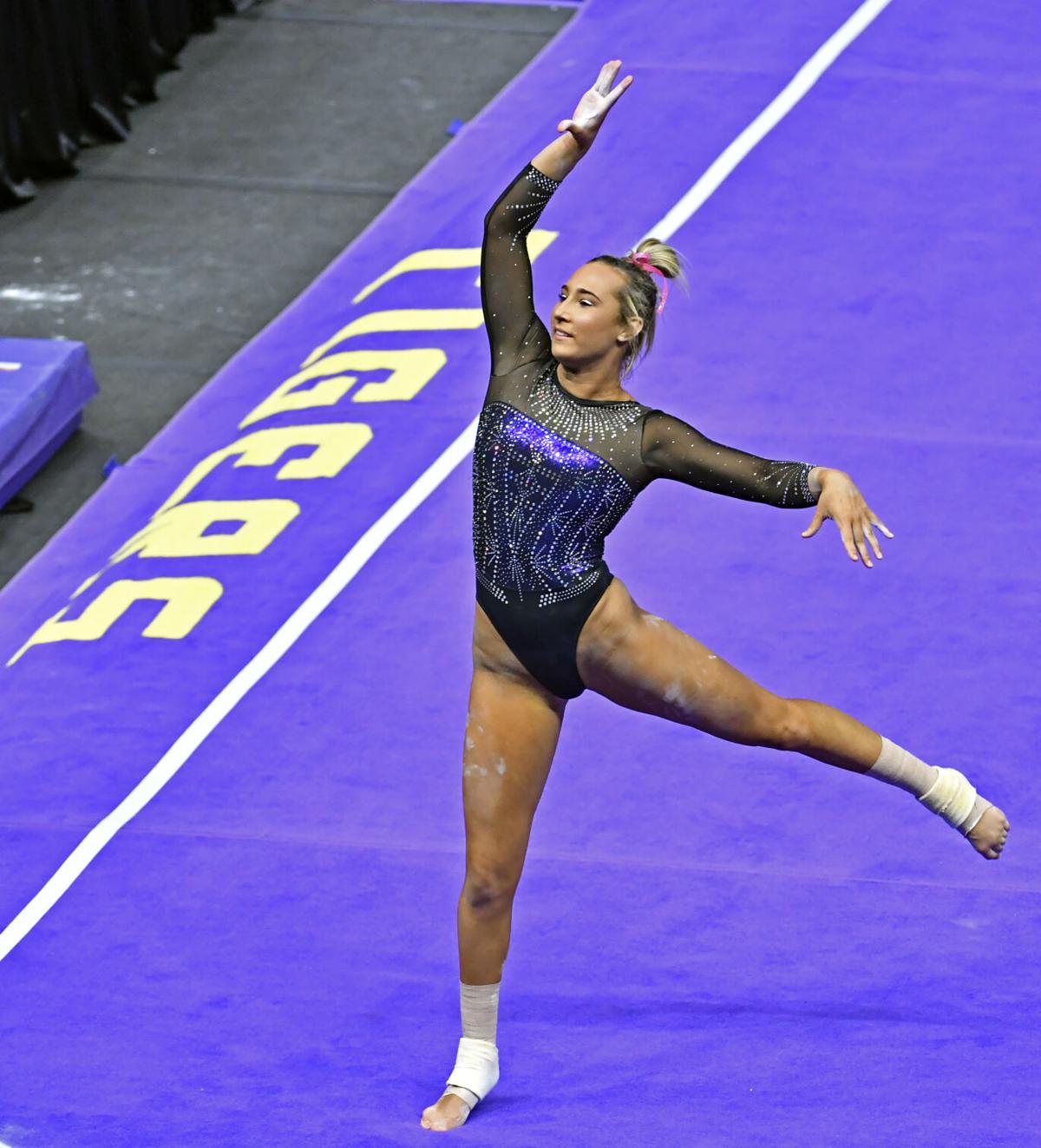 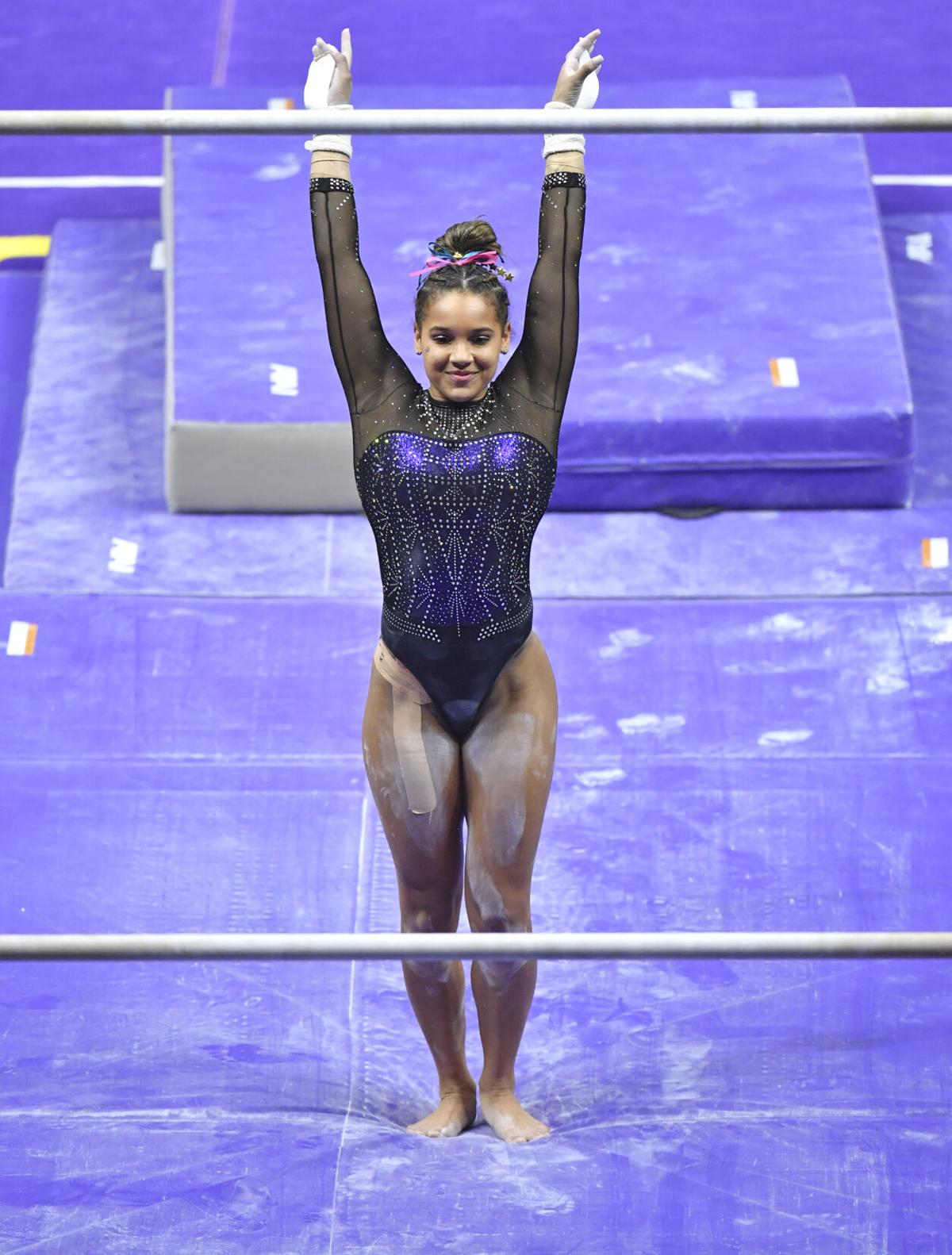 The LSU gymnastics team slipped one spot in the national rankings to No. 3 while its season average went up.

Confused? Welcome to the world of NQS (National Qualifying Score).

A new scoring average took over in collegiate gymnastics this week. In it, teams average their top four scores that must include at least two scores from the road.

That two of those meets — Florida and Alabama — resulted in losses for LSU (4-3, 3-3 Southeastern Conference) doesn’t matter when it comes to national rankings. It’s all about the season average, which will determine seeding for the SEC Championships in two weeks and whether the Tigers can hold on to one of the top four spots to claim the No. 1 seed in one of four NCAA regionals.

“I don’t want the team to focus on it at all,” LSU coach Jay Clark said. “But from a coaching perspective you want to be perceived as one of the top four teams in the country.

“That said, there’s no reward for being a No. 1 seed (in regionals). It’s a random draw. This year the No. 1s are starting on balance beam. It’s probably a flaw in our sport that teams should be rewarded in some way.”

The LSU gymnastics team is trending in the wrong direction at the wrong time of the season.

Clark said after LSU’s 197.100-196.800 loss to Kentucky that he would have sophomores Kiya Johnson and Alyona Shchennikova as well as freshman Haleigh Bryant compete as all-arounders in Friday’s regular-season and home finale against No. 22 Missouri (7:30 p.m., SECNetwork+).

It would be the first time this season all three would compete in the all-around in the same meet.

“We’ve got a chance if we don’t have any problems to put our best lineup out there in terms of potential score,” Clark said. “We want to feel good about where we are and put our best foot forward as we head into SEC Championships (in two weeks).”

Bryant said she’s looking forward to being back in the all-around after a one-week hiatus. She said Clark has stressed the importance to the team of finishing well against Mizzou.

“Since the beginning of the season, Jay has said the last home meet was going to be like a mock SEC meet,” she said.

Clark drove through the night from LSU’s meet in Lexington, Kentucky, to Atlanta to be with his ailing father, Woody. He spent the weekend there before driving back to Baton Rouge on Monday.

Rabalais: For LSU's senior gymnasts, the decision is whether to be done or have a do over

A collegiate gymnast’s career is usually brutal in its finality.