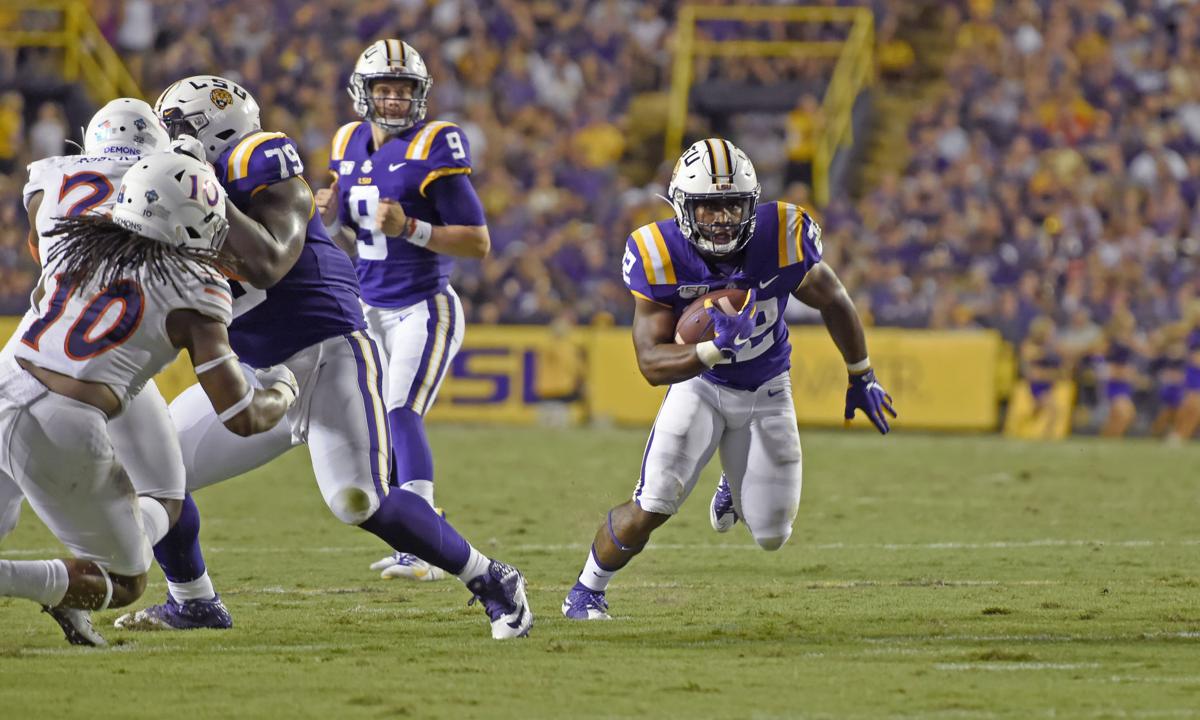 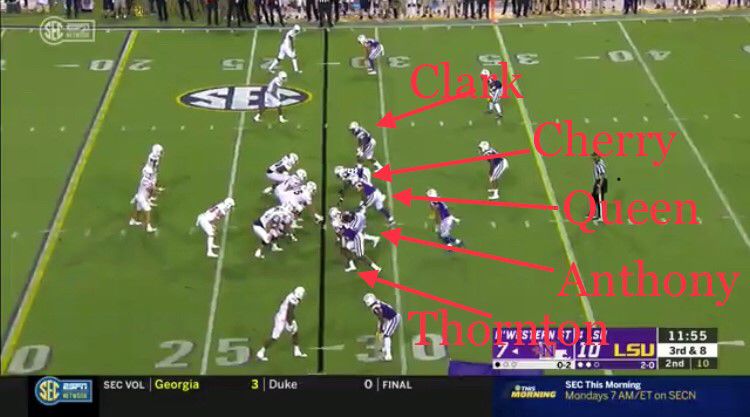 Trouble with the zone/pass rush: All right, let's start with the caveat: LSU was playing without four starters on defense in inside linebacker Michael Divinity (coach's decision), defensive ends Rashard Lawrence and Glen Logan (injuries) and pass rusher K'Lavon Chaisson (injury). And by halftime, the Tigers were playing without starting safety Todd Harris, who left with an apparent knee injury.

That being said, the Tigers defense was still certainly talented enough to handle a winless FCS team from start to finish.

This did not happen.

The Demons were leading 7-3 after the first quarter, and with LSU leading 24-14, quarterback Shelton Eppler was trading touchdown passes with Joe Burrow. And if it weren't for a drop on a tough play before the end of the first half, the score could've been 24-21 at the half (more on that later).

"The zones weren't working," Orgeron said. "We played more man. We tightened up our guys in man coverage. You saw us breaking on the ball a little faster, almost got some picks. I think that was the biggest adjustment."

As LSU enters SEC play, what kind of team are the Tigers? 'This is who we are'

Another main issue was Eppler had plenty of time to throw. Without Chaisson, Lawrence and Logan, LSU could not establish a pass rush, even when using Dave Aranda's creative "Green Team" package that puts the team's top four pass rushers on the defensive front.

This was the first of #LSU’s major zone coverage lapses.NSU’s Shelton Eppler throws a 17-yard score (the first Demons TD vs LSU all-time), and Vincent and Stingley close late.Orgeron said the No. 2 receiver can’t get off the ball so easy and the safeties need to play on top. pic.twitter.com/YZlLsxnngl

The zone issues seem solvable with LSU working on communication in practice and with Chaisson's return. Moore likely wouldn't have been out there on that busted play, and the 6-foot-4, 246-pound redshirt junior only played in three games last season when he arrived on campus as a junior college transfer.

Perhaps more concerning is LSU's lack of a pass rush against Northwestern State. The Tigers were unable to force a sack until safety Cameron Lewis and Moore took down Demons backup Bryce Rivers near the end of the fourth quarter.

Again, these struggles occurred with the absences of Chaisson, Divinity, Lawrence and Logan; but with the way the defensive line is expected to rotate this season, the LSU coaching staff would have certainly wanted more reassurance from its depth than what happened Saturday.

The Green Team was deployed 16 times against Northwestern State.Sometimes it was successful. Sometimes it wasn’t.Sometimes, the Demons should have converted, like here, when a touchdown pass is dropped before halftime.Without key players, #LSU struggled to create a rush. pic.twitter.com/1b1owbMs7f

Explosive punt returns: We spoke about this after LSU's 55-3 win over Georgia Southern. LSU is substantially more dynamic in the punt return game in 2019 than it was in 2018 — there just wasn't enough punting against Texas to really test it out against a ranked opponent.

The true freshmen have completely blown open this section of special teams for the Tigers. Starting cornerback Derek Stingley returned two punts for 54 yards, and he juked three Demon defenders using the same move on a 26-yard return.

Stingley now has eight punt returns for 117 yards through three games, which is already more than LSU had all 13 games in 2018 (99 yards).

But who had wide receiver Trey Palmer returning the first touchdown?

The true freshmen have blown this portion of the game open.Trey Palmer returned this one 54 yards for a touchdown.#LSU did not return a punt for a touchdown in 2018. DJ Chark returned two in 2017. pic.twitter.com/xptT6UJxX9

Orgeron said special teams coach Greg McMahon approached him before the punt and said, "Should we put Trey Palmer in?" Orgeron said, "Will he catch it?" McMahon said, "Yeah, he'll catch it."

"Boy, did he," Orgeron said after the game.

Lagniappe: Joe Burrow averaged 3.07 seconds from snap to throw on his 24 pass attempts against the Demons (per an Advocate sportswriter's stopwatch). He took more time on his throws than he did against Texas (2.37 seconds on average). Running backs were targeted significantly less in the Northwestern State game: Burrow threw it twice to Ty Davis-Price for 20 yards; against Texas, Burrow targeted running backs nine times, mostly on check downs and quick swing passes.

LSU's matchup with Vanderbilt to be televised on SEC Network; kickoff scheduled for 11 a.m.

LSU 65, Northwestern State 14: Check out a summary of how they scored

Four starters who did not play against Northwestern State are available as LSU begins its Southern Conference schedule, but two defensive linemen remain out.