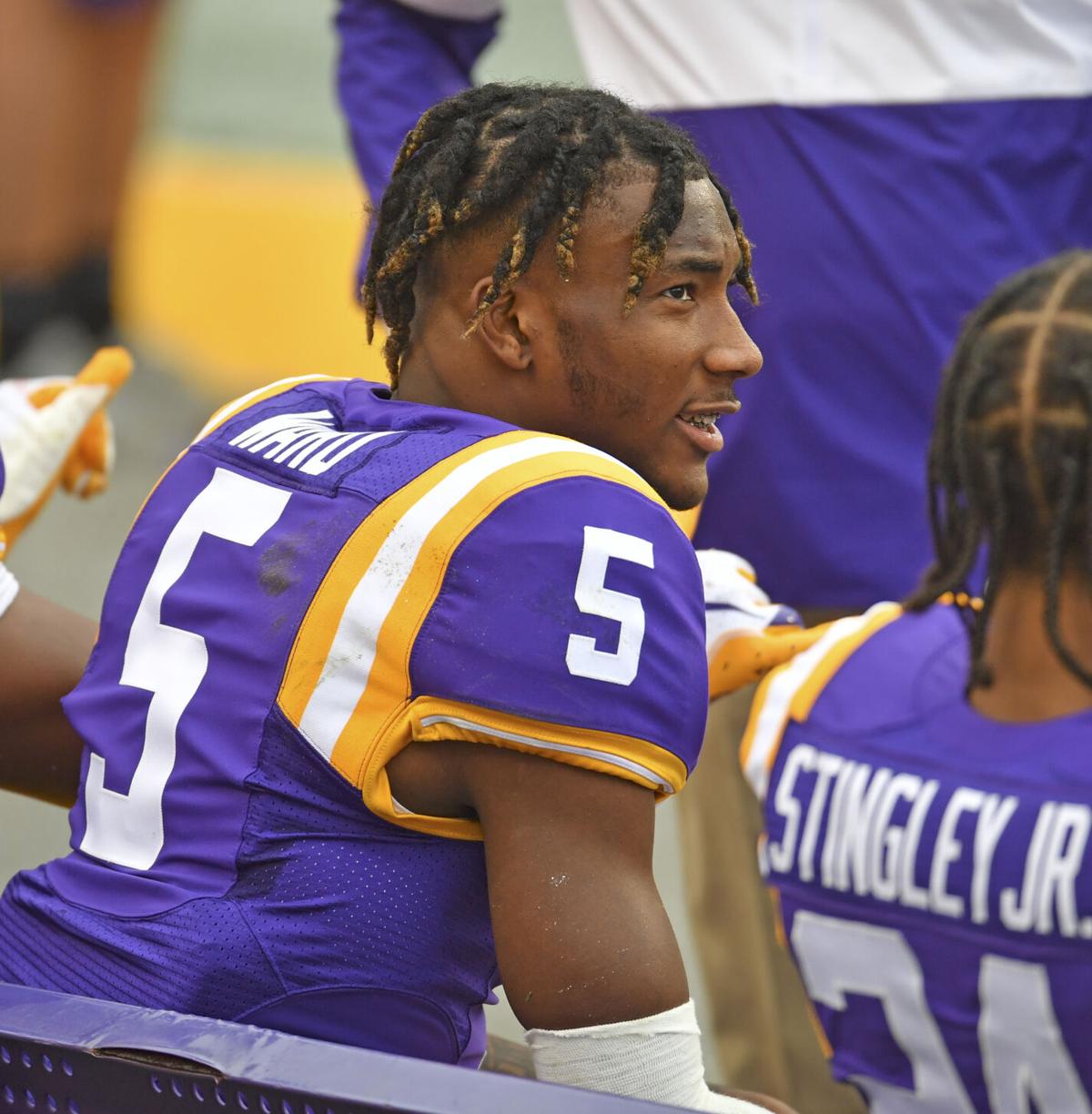 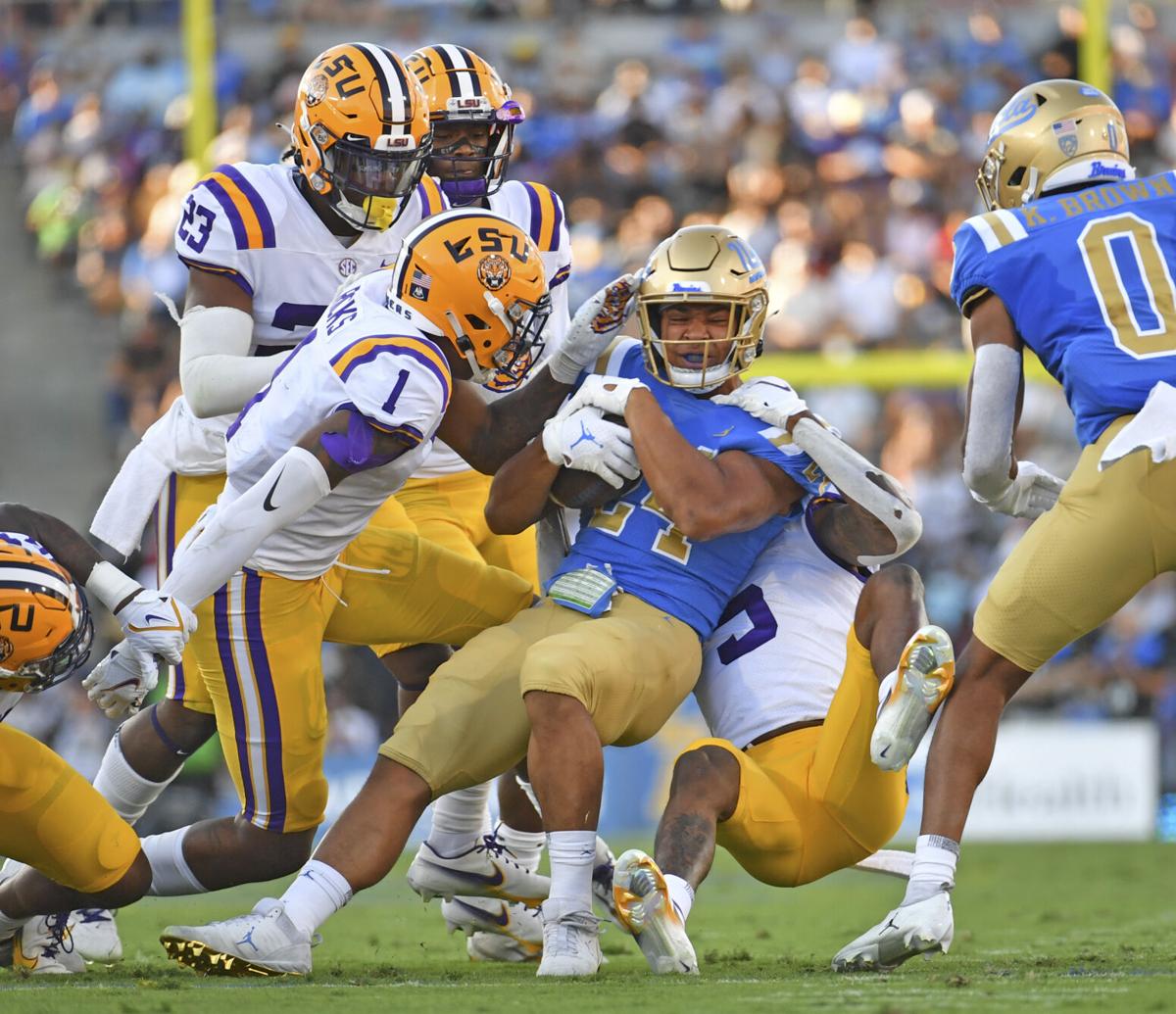 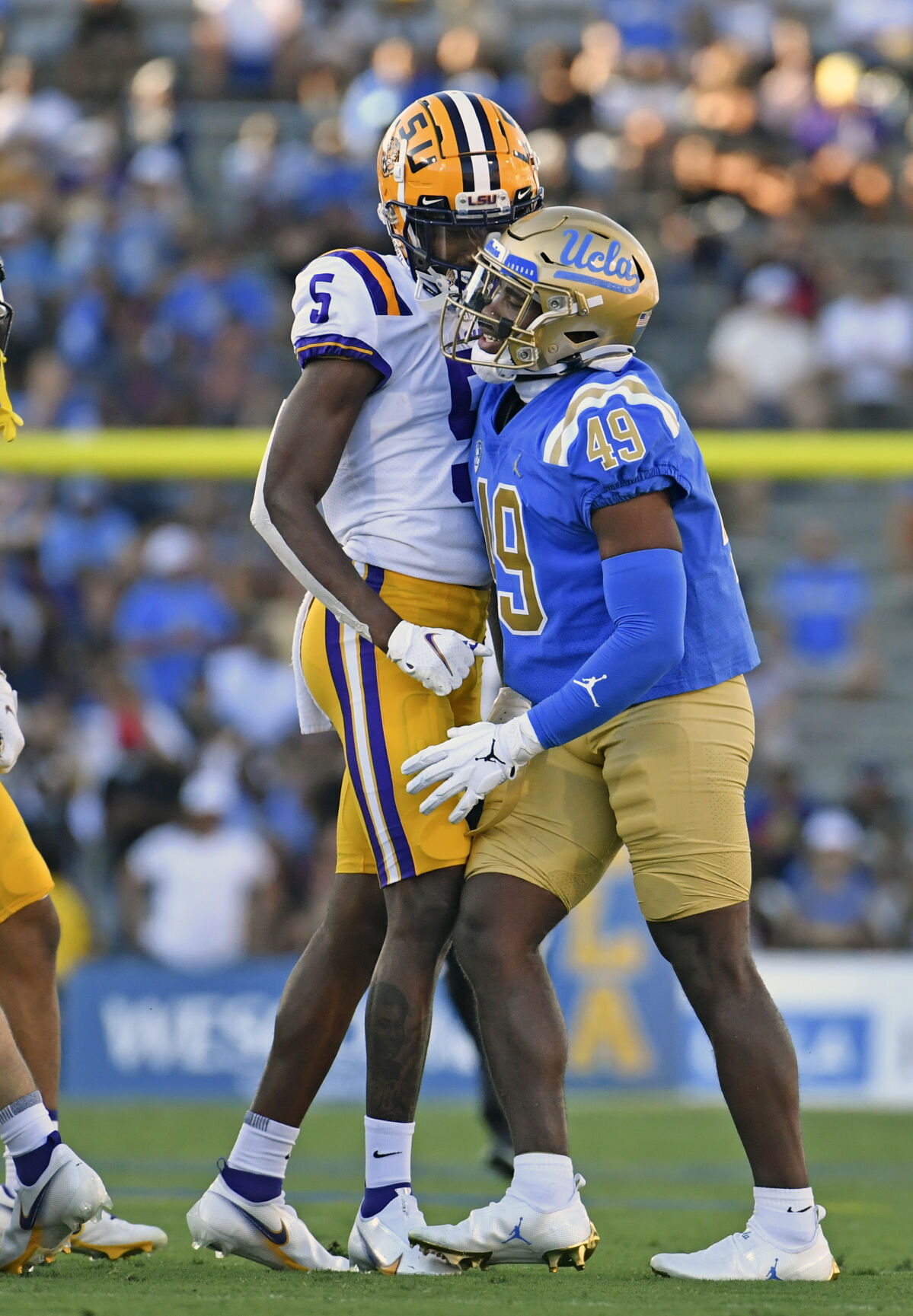 Notes on a golf scorecard from Wednesday, the first gorgeous day of fall, which makes me want to be chipping and putting instead of typing …

Most likely he was distracted by the sight of safety Jay Ward working out with the Tigers’ secondary.

Ward was in a yellow (non-contact) jersey Tuesday but was full go in purple Wednesday, a strong sign he will be fit for action Saturday at Mississippi State (11 a.m., ESPN).

Ward hasn’t played since the first quarter of the UCLA game. While the Tigers’ defense has definitely had its highlights – LSU leads the nation with 6.33 sacks per game – it has also continued to have its coverage busts, too. Having Ward back there to quarterback the secondary will be a big plus against the pass-happy Bulldogs, who attempted 67 passes in last Saturday’s 31-29 loss at Memphis.

“He has experience tackling in space,” Orgeron said, ticking off Ward’s attributes. “He’s a cornerback playing safety. He can cover. When we bring him down in the box (to support the run defense) he has great awareness and great confidence in himself.”

Ward’s presence — and absence — were acutely felt in LSU’s 38-27 season-opening loss at UCLA.

With Ward in the game, the Tigers held the Bruins scoreless in the first quarter and allowed just 51 yards total offense. Thirty-six of those yards came on one play, when UCLA got running back Kazmeir Allen into a coverage mismatch against linebacker Micah Baskerville.

The first play Ward missed was the 75-yard touchdown catch and run by UCLA tight end Greg Dulcich. Georgia transfer Major Burns, whose coverage on the play was not, shall we say, robust, had just replaced Ward.

LSU can well expect Mississippi State to throw 60-plus times again. The chances of the Tigers having three or four coverage busts against that many attempts are high, though the chances of them happening decreases with Ward playing.

“But Ward looked bad against State last year,” you may be saying. LSU gave up an SEC record 632 passing yards to the Bulldogs in a stunning 44-34 upset. True, but he was two weeks removed from meniscus surgery and hadn’t been able to practice.

He’s out there now, working on the LSU plan to combat State’s Air Raid offense. If Ward can make it through the game healthy, the Tigers chances of winning improve considerably.

• This past week wasn’t exactly museum-worthy for SEC officials – or for some football coaches. There were major blunders in the LSU-Central Michigan game, in the Mississippi State-Memphis game and Auburn’s 28-20 loss at Penn State.

Officiating faux pas, Part I: In the third quarter against CMU, LSU successfully challenged a reception by wide receiver Deion Smith near the sideline at the Chippewas 45. Somehow, though, officials spotted the ball at the LSU 45. That’s where the Tigers ran the next play.

Somehow, no one on the LSU sideline or in the coaches’ booth raised a fuss about the 10-yard mistake.

“We should’ve noticed that from the box,” Orgeron said. “I wish I would’ve caught that. “I challenged that play and it got overturned. We were so excited it got overturned we didn’t notice that as a coaching staff. But yes, they put it on the wrong 45-yard line.”

Three plays later, Max Johnson threw a 21-yard touchdown pass to Devonta Lee to put LSU up 41-7 and the game well out of reach. No harm, no foul, as it turned out, but it could have been pivotal in another instance.

Officiating faux pas, Part II: The Bulldogs might well be 3-0 were it not for a huge officiating blunder resulting in an SEC apology.

With 5:58 remaining, State punted to Memphis. The bounding ball touched at least two Bulldogs, who did not down the ball. Memphis’ Calvin Austin III swooped in and returned the ball 94 yards, which was legal. Unfortunately, the back judge inadvertently signaled the play was dead, likely impacting the State players’ reaction to Austin running upfield.

Compounding matters was the fact Memphis had two players on the punt wearing No. 4. Multiple numbers are commonplace in college football, but not at the same time.

“The inadvertent signal aspect of the play is reviewable and replay should have stopped the game to review for a potential inadvertent signal,” the SEC statement read. “The subsequent review would have placed the ball at the spot where the signal was made.

“On the same play, two Memphis players were wearing No. 4, which is a violation and should have resulted in a five-yard penalty on Memphis.”

State athletic director John Cohen issued a polite but still steamy statement of his own.

“I appreciate the transparency of the SEC and the admission of officiating errors yesterday," Cohen said. "It is extremely disappointing when student-athletes are not fully in control of a game's outcome, especially when taking into consideration the time, effort and resources put into an officiating system created to eliminate human error on the field whenever possible. The entire SEC has an expectation that the process will work as intended. Our football program's focus is now on LSU."

"I talked to all of” the officials, Penn State coach James Franklin said. “They all agreed on the call and so did the replay. … I don't know what else I can do or what else I can say."