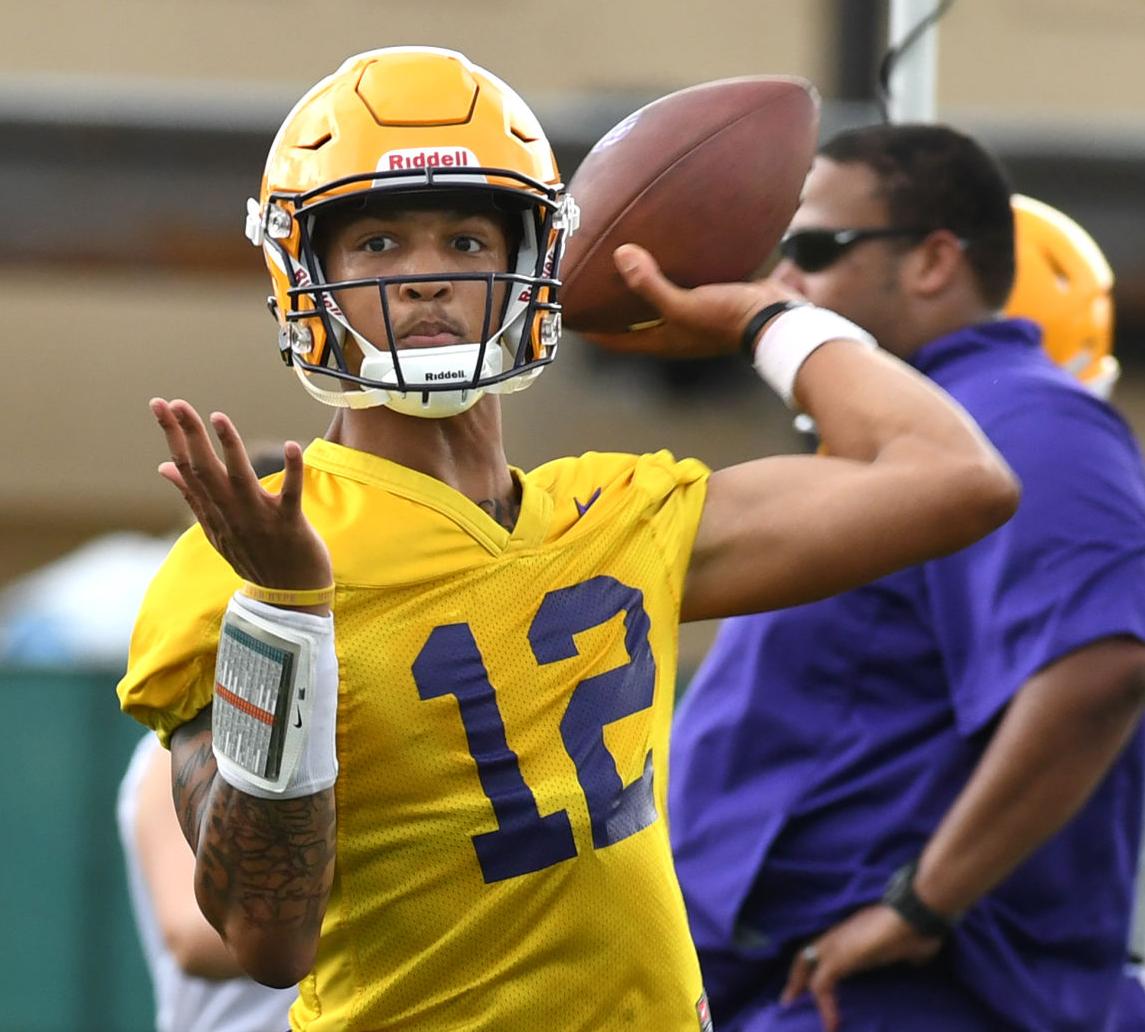 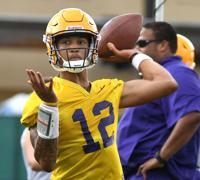 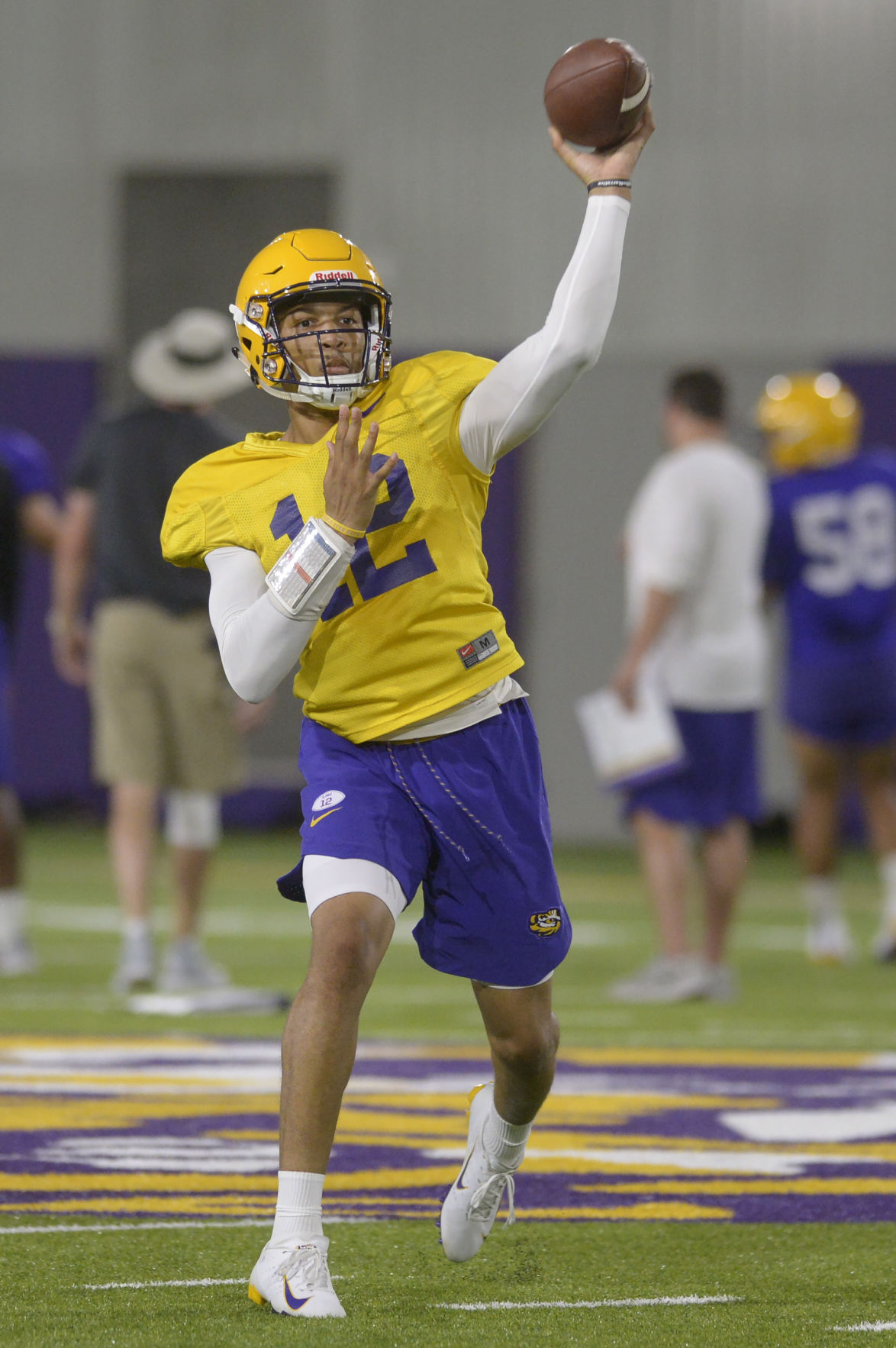 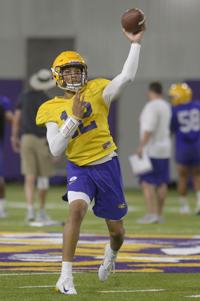 Former LSU quarterback Justin McMillan said that in the days before his departure from the school, he believed he would be able to play wherever he wanted as a graduate transfer.

But not until McMillan got his transfer release from the LSU athletic department, which he received Aug. 15 shortly after he announced via Twitter that he was transferring, did he realize he can't go anywhere he wants.

McMillan’s transfer release document from LSU, obtained by The Advocate on Wednesday, blocked McMillan from transferring to schools “in the (Southeastern Conference) and those on (LSU’s) current schedule the next two years.”

The LSU athletic department clarified that its policy is consistent and applied equally to all graduate transfers, and it isn't specific to any individual player.

Freshman quarterback Lowell Narcisse, who announced his transfer the night before McMillan, received a release document that lists the same exact schools, according to the document obtained by The Advocate.

McMillan, a fourth-year junior, earned his degree from LSU this summer, and his misunderstanding stemmed from the NCAA's rule change this summer — a change which will permit players to transfer to a different school and receive a scholarship without asking permission from their previous school.

The wrinkle is that the new NCAA transfer rule will not take effect until Oct. 15.

SEC school presidents voted June 1 at the league's spring meeting that players who received degrees from SEC schools can transfer to any other conference school and be eligible immediately, without further need for an NCAA waiver.

However, the NCAA rule still supersedes the SEC rule.

"I didn't know (LSU) could trump the whole conference," said McMillan, who doesn't blame LSU for the confusion and said he and the athletic department remain on good terms.

When McMillan first glanced at the sheet, he saw a list of SEC West schools, and he said he initially believed he would be blocked only by the schools within LSU's division.

The list shows the schools listed in alphabetical order.

It wasn't until a few days into the re-recruitment process, McMillan said, that another SEC program clarified that he couldn't transfer to the rest of the conference.

There were conflicting opinions among SEC coaches at the spring meeting.

The new SEC transfer rule was sponsored by the University of Missouri, and LSU coach Ed Orgeron expressed his dissent.

"I think if a kid's going to play in another conference, it's fair," Orgeron said. "I'd hate to see one of our guys go to our (SEC) opponents. I don't think it's in the spirit of the sport."

LSU players have respectfully disagreed, including senior tight end Foster Moreau, a member of the SEC Football Leadership Council, who said he was one of the athletes who voted in favor of the rule change.

McMillan was a dual-threat prospect out of Cedar Hill, Texas, and he committed to LSU in 2015 while Cam Cameron was the offensive coordinator.

"You build connections throughout your whole year of high school (in the recruitment process), and then you get to the (university) and you see a new face," McMillan said. "That connection is gone. You see a school you honestly didn't commit to. That system, you didn't come for that system."

"If you transfer, you should be able to transfer without sitting out. On the other end, a coach can go coach the very next day somewhere else.”

McMillan was a part of LSU’s four-player quarterback competition, which began when the coaching staff brought in Ohio State graduate transfer Joe Burrow after they didn’t choose a starting quarterback during spring practice.

Narcisse announced he was transferring on Aug. 14, the night before McMillan. Narcisse is now playing at Mississippi Gulf Coast Community College.

Orgeron said he had "two great talks" with both players once they had decided they were transferring, and that he "wished them good luck."

"I don't blame them," Orgeron said. "If they see they're not going to be the starting quarterback, they want to leave. We gave them some grades, and there was a pecking order. But there was no decision made, and they decided they wanted to go. I supported them, talked to them and wished them the best."

LSU storylines for 2018: Ed Orgeron, those quarterbacks, the tough slate and more