The quarterback position at LSU is eternally under the microscope. Any news of changes stokes the fan base and sets message boards and social media ablaze.

That was never more obvious than the past couple weeks when it became public the Tigers were pursuing a graduate transfer quarterback from Ohio State.

Weighing his options between Cincinnati and LSU, among other destinations, Joe Burrow announced his intention to don the purple and gold this fall on Twitter, simply saying: "Excited to be playing in Death Valley next season. Ready to get to work."

Joe Burrow is an LSU Tiger the school has confirmed.

LSU made the news official Monday, announcing Burrow had signed with the Tigers.

The former Rockachaw has already experienced drastic changes since initially committing to LSU, with Les Miles being replaced by Ed Orgeron and then his offensive coordinator Matt Canada giving way to Steve Ensminger. Just another day in the SEC, perhaps.

Regardless of the changes, Owen said his son "is good with where he is."

"I try not to read social media but with these developments and the quarterback coming in, some people are losing their minds,” he said. “I want people to know that emotionally it has not affected Myles at all.

"... He's going to compete and feels very comfortable with where his position is right now.” 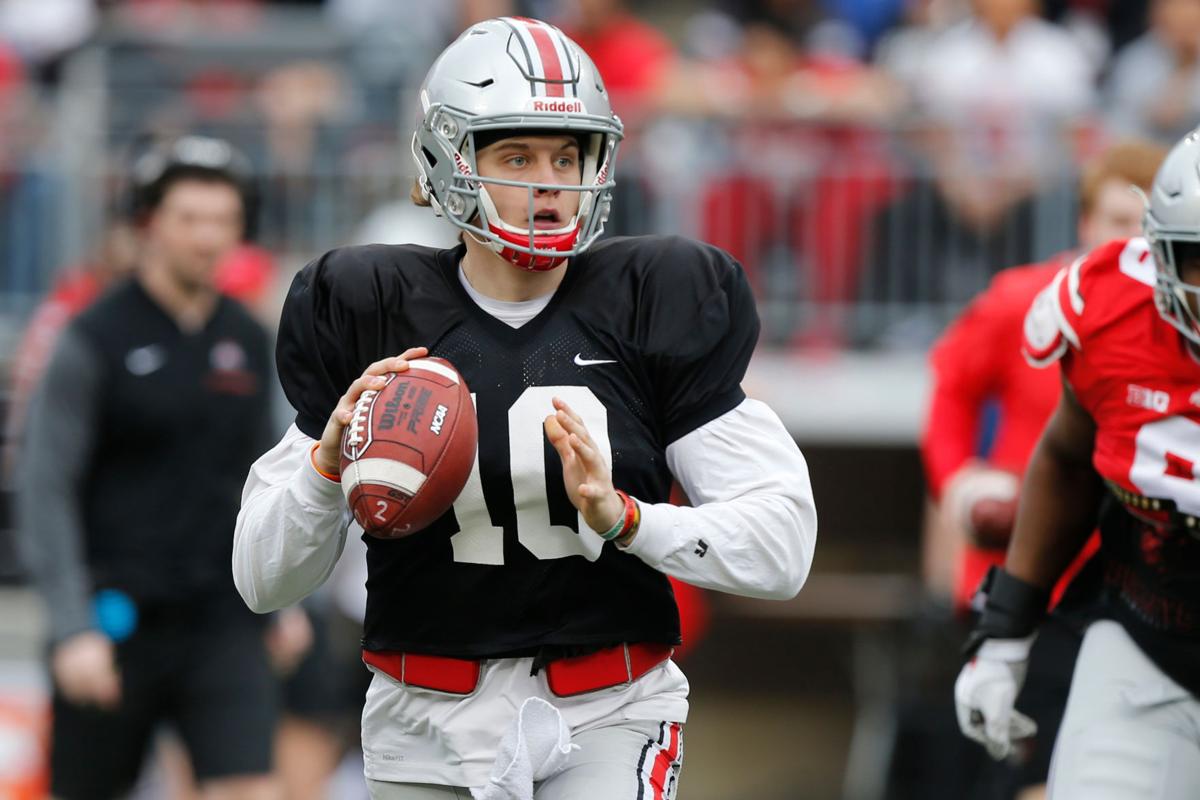 WHAT IS LSU GETTING?

Joe Burrow graduated from Ohio State University with a business degree earlier in May, which means he is eligible to play immediately under graduate transfer rules. Burrow, a redshirt junior, has two years of eligibility remaining.

It's no surprise Burrow landed his degree after just three years with the Buckeyes. he was named a Academic All-Big Ten Conference as well as a scholar athlete at Ohio State in 2016 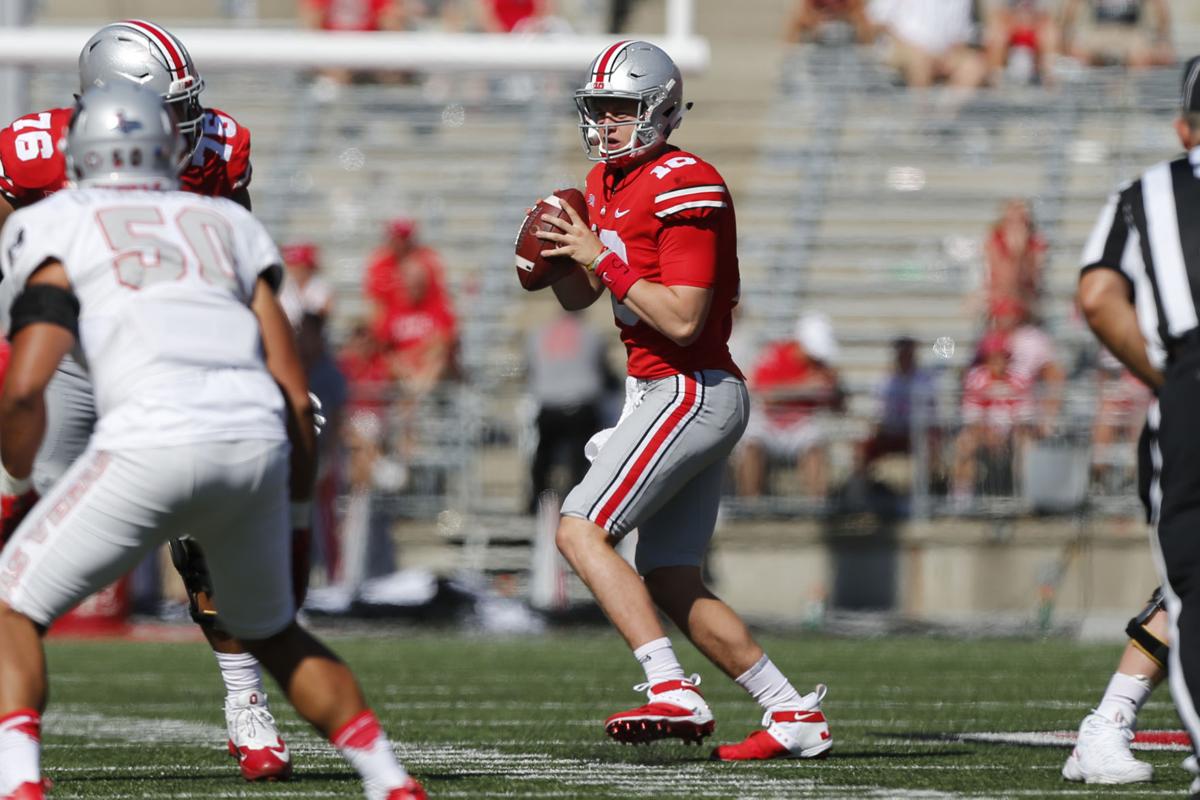 Burrow attended Athens High School in Ohio, where he earned the state’s Mr. Football award in 2014. The award, voted on by the Associated Press, is given to the best player in the state each year. 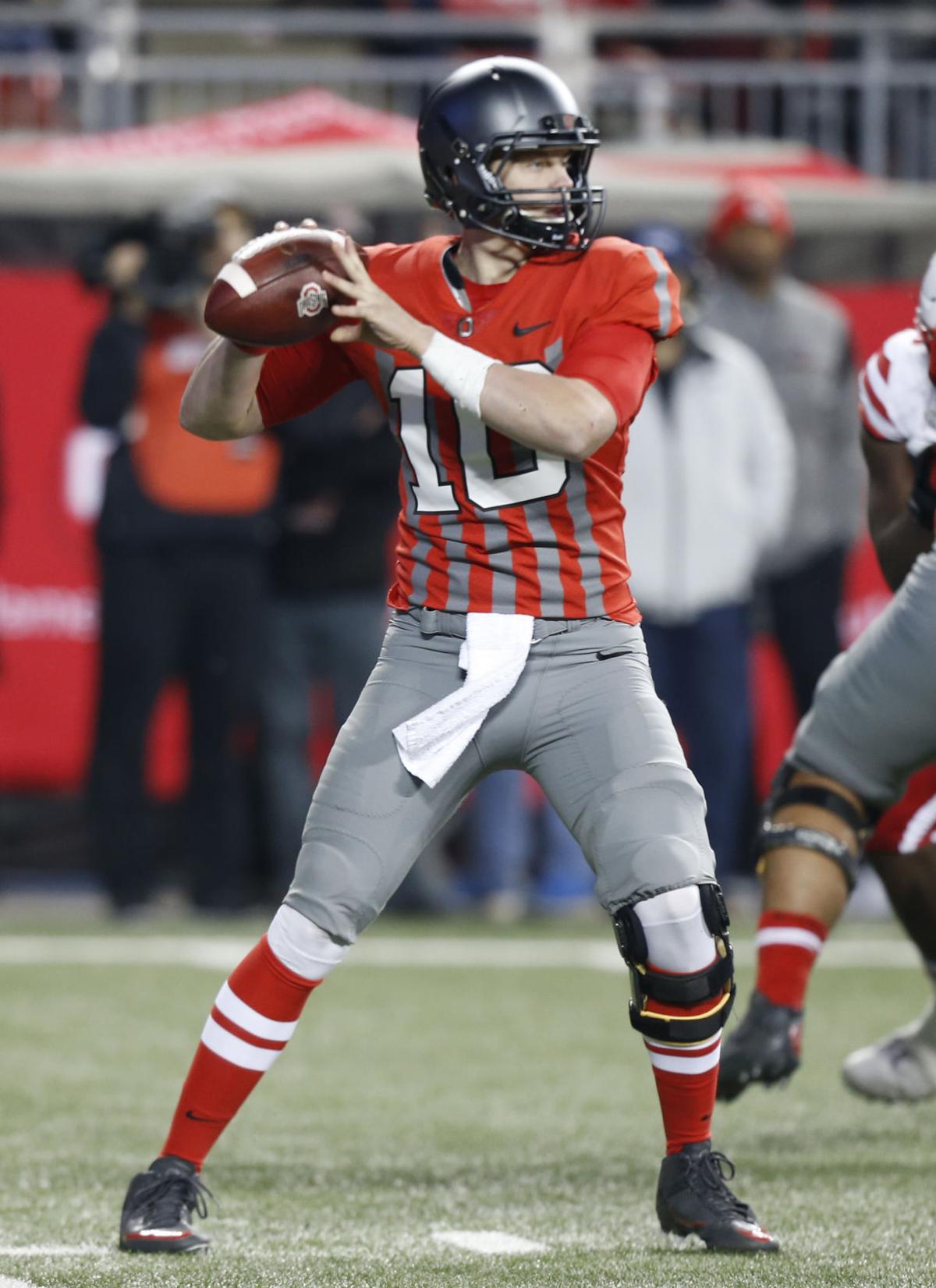 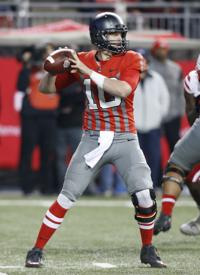 FOOTBALL IN THE FAMILY 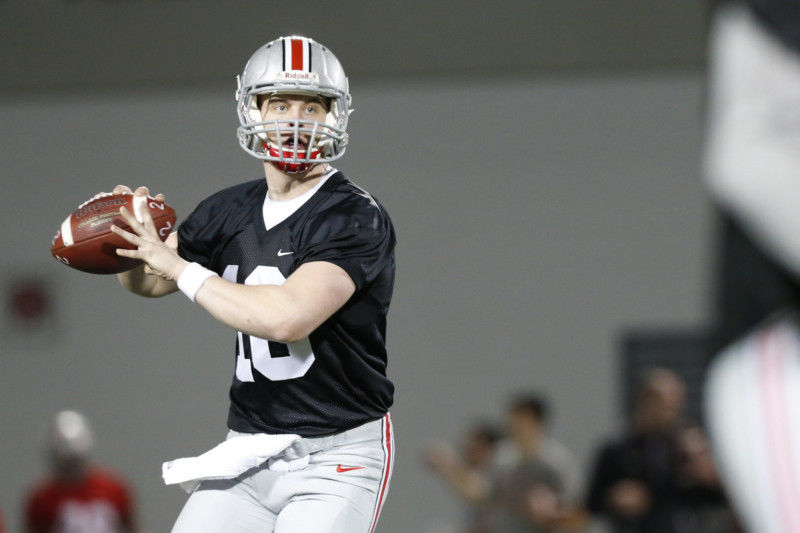 TAKING A SHOT AT THE SEC

Burrow, a highly-rated dual-threat quarterback prospect, was heavily recruited in 2014, but with little SEC interest. Burrow received at least 17 scholarship offers in his senior high school season, but only Kentucky and Vanderbilt of the Southeastern Conference were on that list. 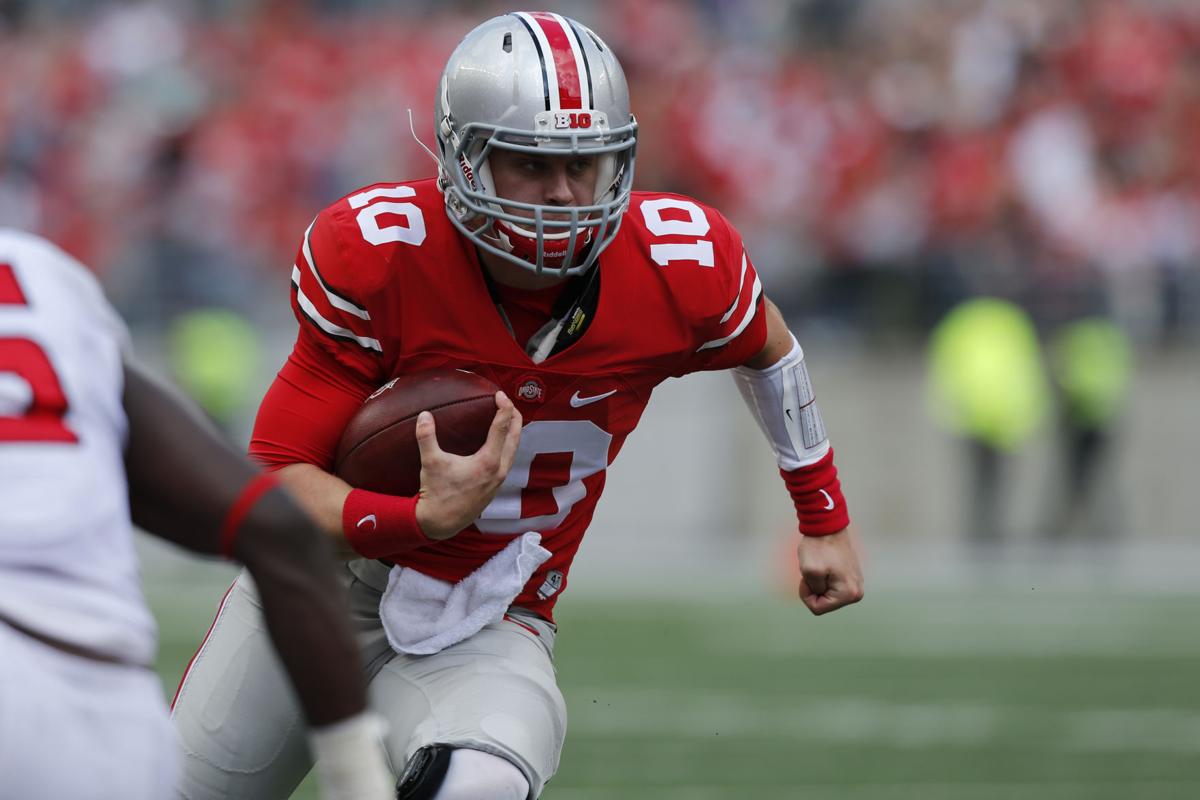 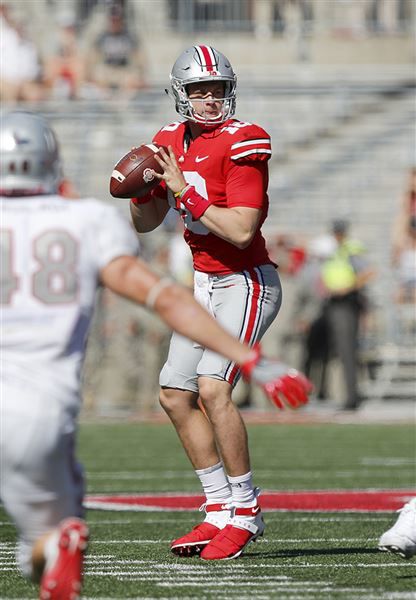 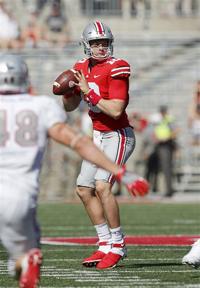 WHO WAS LSU BATTLING FOR BURROW?

After announcing his decision to transfer, Burrow was heavily sought after by Cincinnati of the American Athletic Conference; the Bearcats had offered Burrow a scholarship out of high school, as well. Burrow had also scheduled a visit to North Carolina, which has since been cancelled. 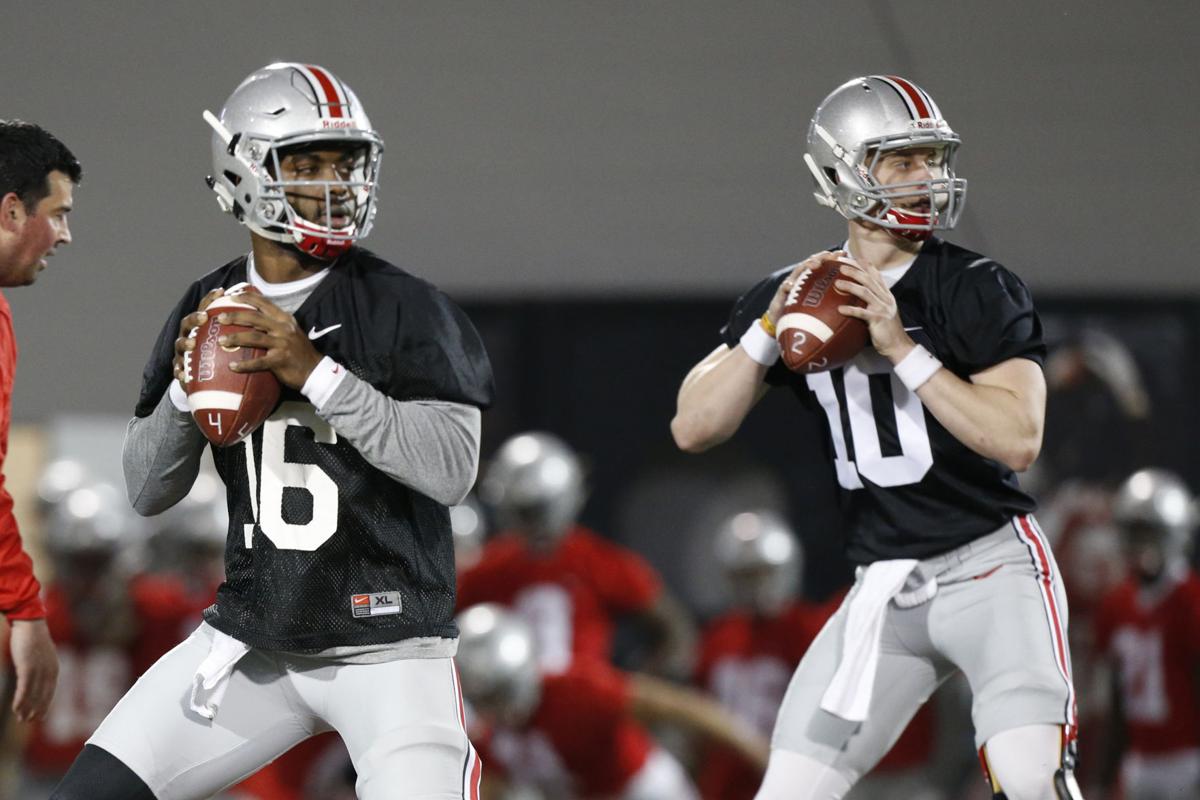 HOW DID WE GET HERE?

Burrow was referred to as a "loyal soldier" by Ohio State coach Urban Meyer, but one who was unhappy about his lack of playing time. Burrow was set to be the backup to last year's starter, J.T. Barrett, but he suffered a broken hand that set him back. He made public his decision to transfer to LSU Friday, 10 days after his initial announcement he would change schools: "Excited to be playing in Death Valley next season. Ready to get to work." 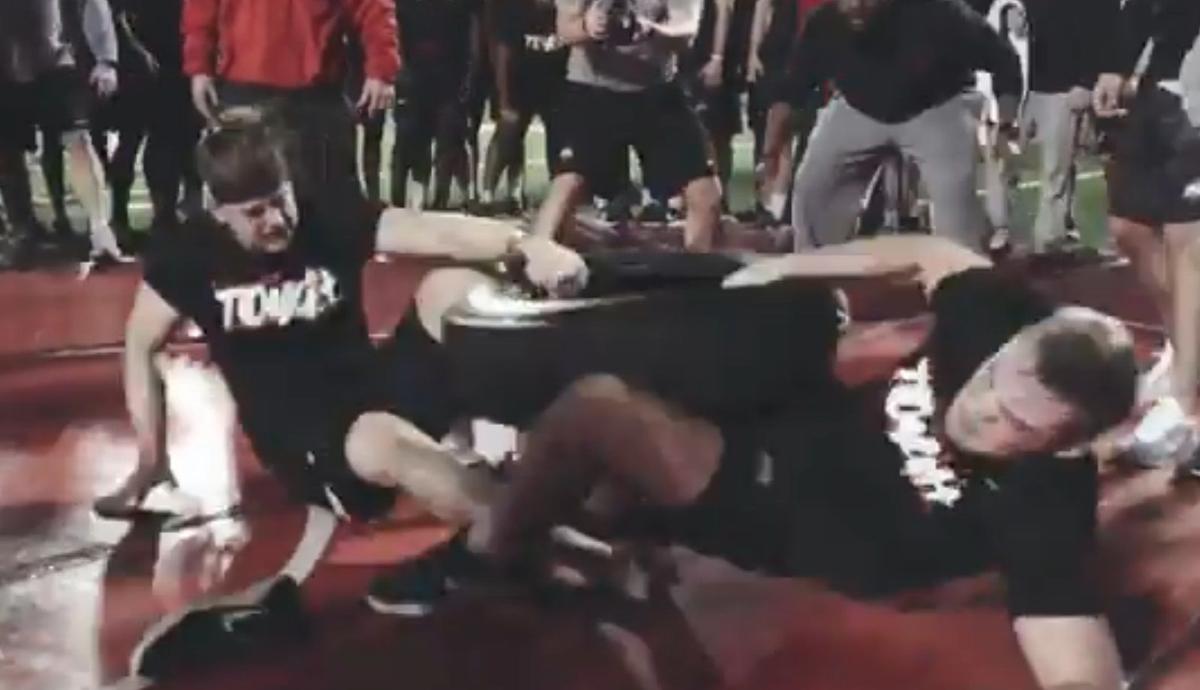 KEEP YOUR HANDS OFF HIS TIRES

Joe Burrow is either really passionate about his workouts, or he's super enamored with a specific tire, but a video shared by his father, Jimmy, on Friday offered a glimpse into the new LSU QB's fiery personality. 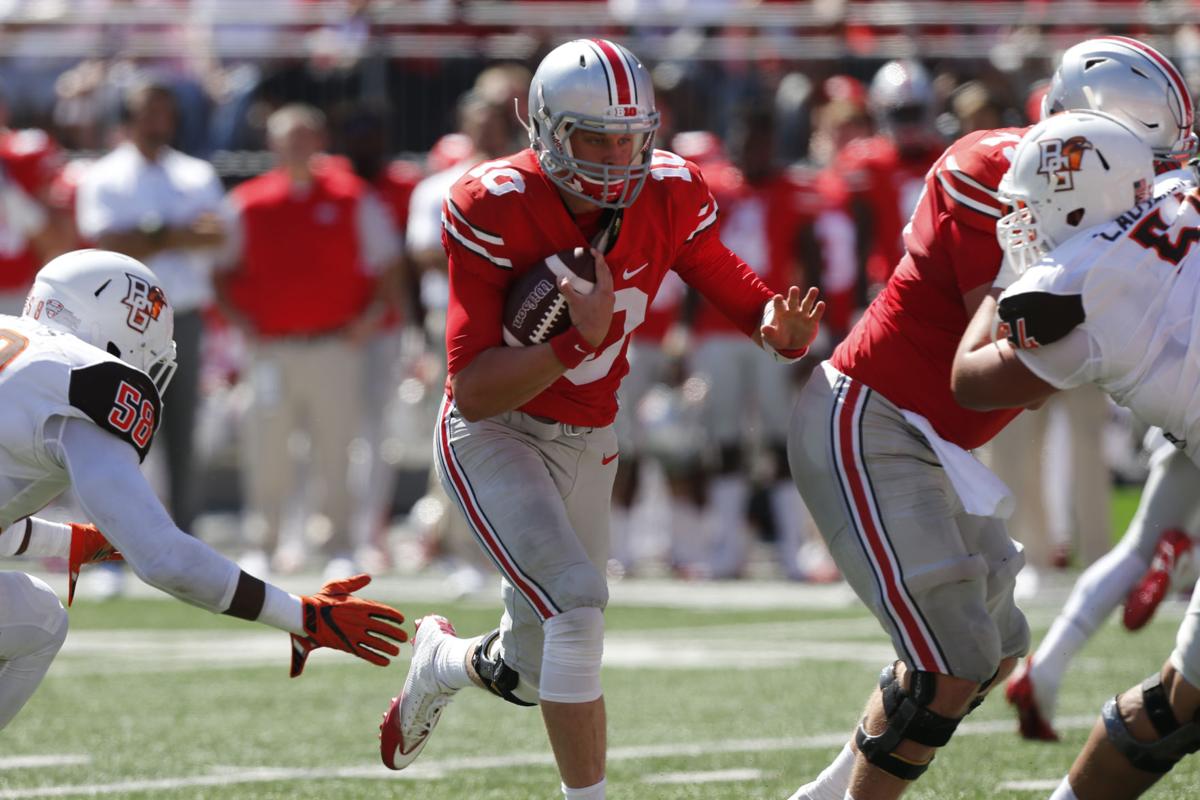 WHOM DOES LSU START?

While Burrow's transfer is aimed at landing more playing time, he's far from guaranteed the Tigers' starting job. Redshirt junior Justin McMillan, sophomore Myles Brennan and redshirt freshman Lowell Narcisse battled to what coach Ed Orgeron called an “even” draw during spring practice. The competition is expected to extend into preseason camp, and Orgeron has said he could play two quarterbacks during the season.

STORY: Hello, Joe Burrow ... we hope you enjoy the pressure of playing QB at LSU 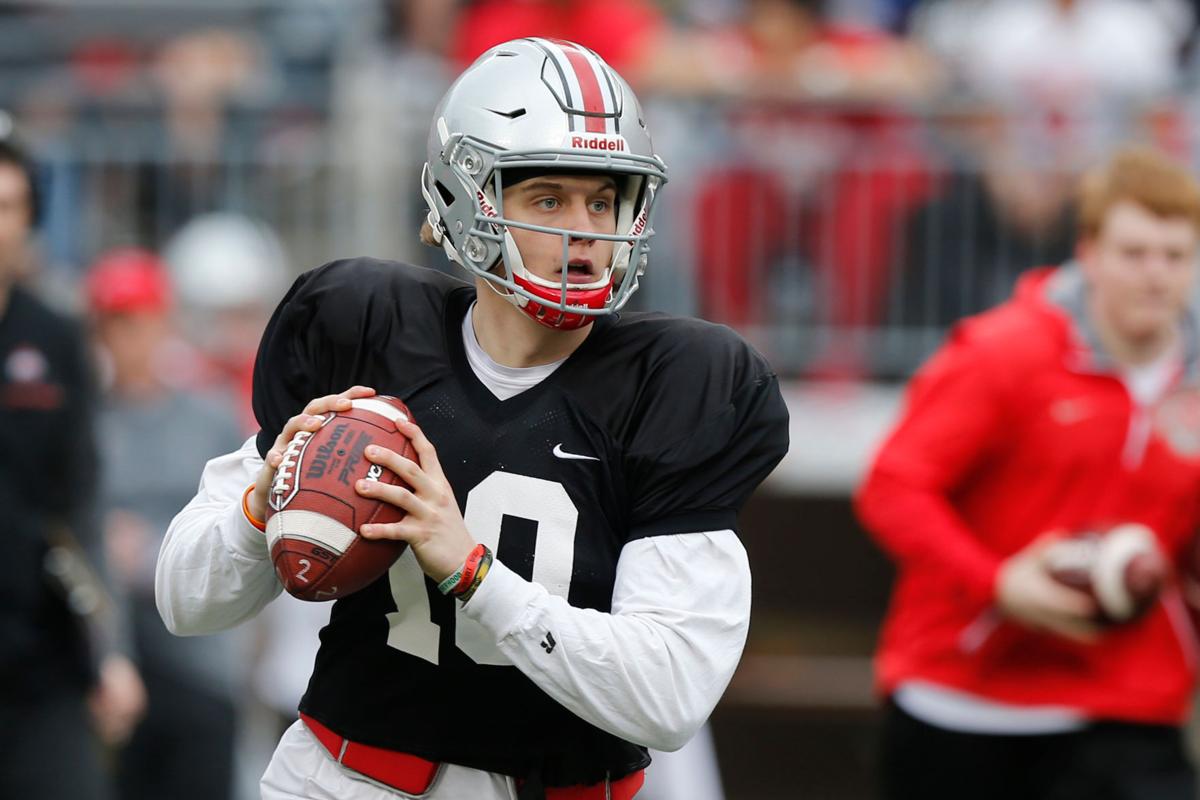 Burrow continues a lineage of transfer quarterbacks who chose LSU. The past two, Zach Mettenberger (2011) and Danny Etling (2015) started double-digit games for the Tigers and went to be NFL draft picks. Mettenberger was selected No. 178 overall by the Tennessee Titans in 2014 and Etling was taken No. 219 in the 7th round of this year’s NFL draft by the New England Patriots.

According to 247Sports.com, Burrow was a four-star recruit out of high school but never saw significant playing time at Ohio State. After redshirting in 2015, he was the primary backup the last two seasons and leaves the Buckeyes after having completed 29 of 39 passes for 287 yards and two touchdowns. He also rushed for 53 yards and a TD.

By comparison, Brennan saw spot duty for LSU against BYU, Chattanooga, Syracuse, Troy, Alabama and Texas A&M. He completed 14 of 24 passes for 192 yards and one touchdown. He also threw two interceptions.

"Here's what I think: I think Joe Burrow has three years and 15 pounds on Myles. That's it," Owen said. "I don't think he has a huge upper hand."

Owen is partial to his son, but he said he's not worried about Myles' spot on the depth chart.

"I think he's in a very, very good position to compete for the starting job. I really do," he said. "That's just my opinion. If I thought the opposite, if they were bringing in Tom Brady or something, I'd say, 'hey, Myles, look ...' But I don't see him in that position."

Owen said he expects the four quarterbacks to enter into a "battle" to come out on top and believes they'll be given a fair shake.

"Short of somebody telling him they guarantee he'll be the starting quarterback, he's going to be in a battle. I can tell you that," he said. "I have the utmost trust in Steve Ensminger and I have more than enough trust and belief in (coach Ed) Orgeron. I think it will be a fair battle.

"They're going to play the best quarterback."

With LSU on break, Owen said Brennan is "fishing 24 hours a day right now" to recharge his battery before returning to Baton Rouge, Louisiana, June 1.

Click here for more from the Biloxi Sun Herald.

LSU's football's single-year Academic Progress Rate has improved slightly, which is good news for Tiger coach Ed Orgeron for a couple of reasons.