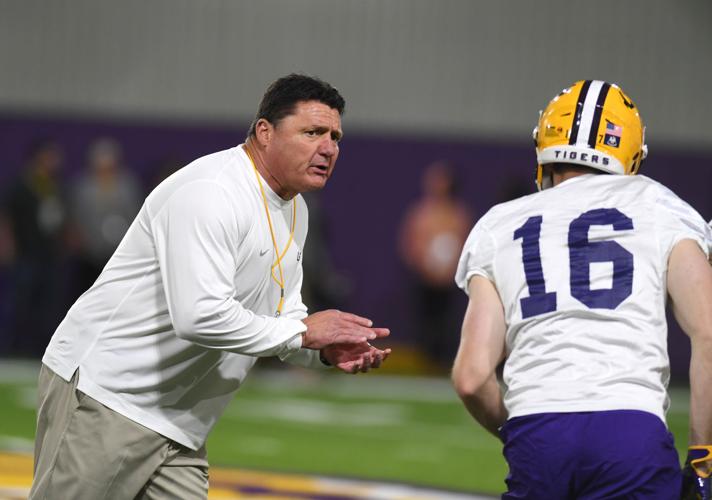 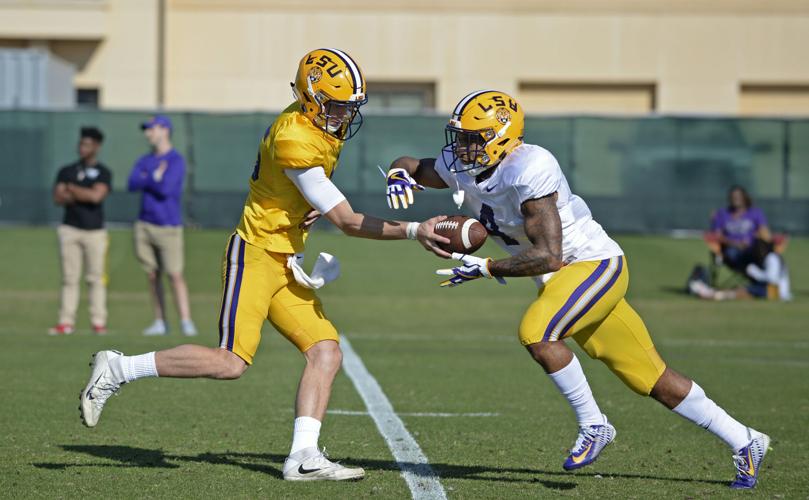 LSU quarterback Myles Brennan (15) hands the ball off to LSU running back Nick Brossette (4) at spring practice earlier this month. 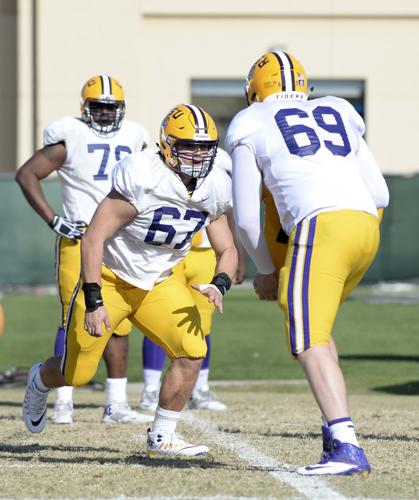 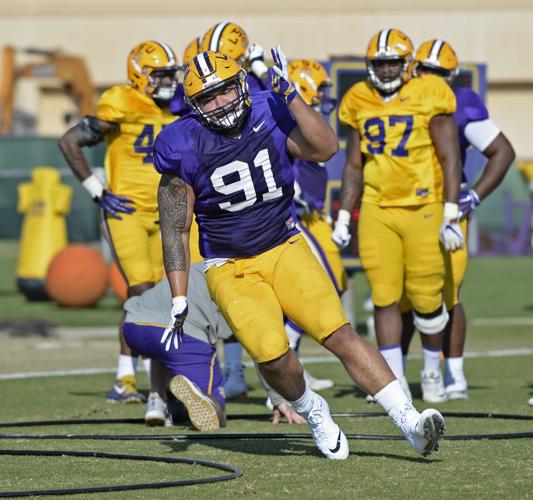 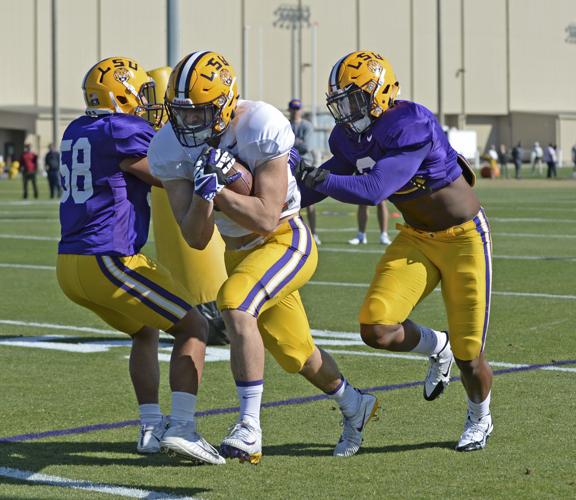 LSU is six practices into spring. We probably haven't seen enough in practice to create a real depth chart, but let's give it a crack anyway.

This one has plenty of footnotes, as several players are currently injured and/or not participating in spring. This depth chart is assuming these injured players ARE available.

This depth chart assumes that all of the players currently running with the starters will maintain their starting positions (though we know that's not likely to happen).

We purposely listed every single current scholarship player on this depth chart — all ~64 of them (excluding specialists). The true freshmen arriving over summer are listed under each position.

*No contact this spring while recovering from shoulder surgery

Of all the people to provide insight on LSU’s new offense, the best may have come from a defensive player who has yet to take a college snap.

*Alexander is currently not practice because of undisclosed injury

Darin Turner, a class of 2020 receiver from Memphis, Tennessee, committed to LSU in a tweet Tuesday.

Just as his jury trial was to begin, LSU offensive lineman Donavaughn Campbell instead pleaded guilty to battery, as a first-time offender, fo…

An aspiring actor is living in Baton Rouge.