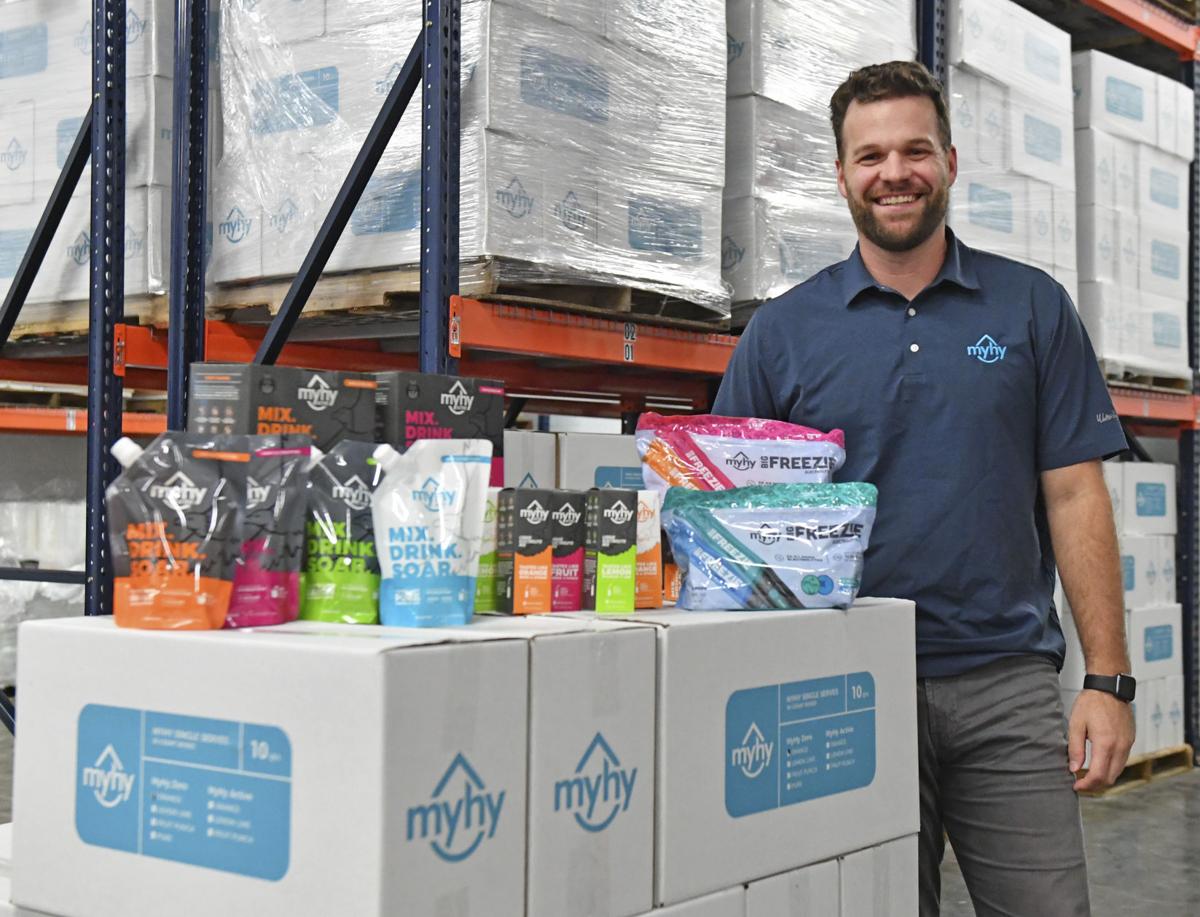 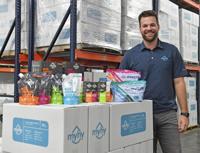 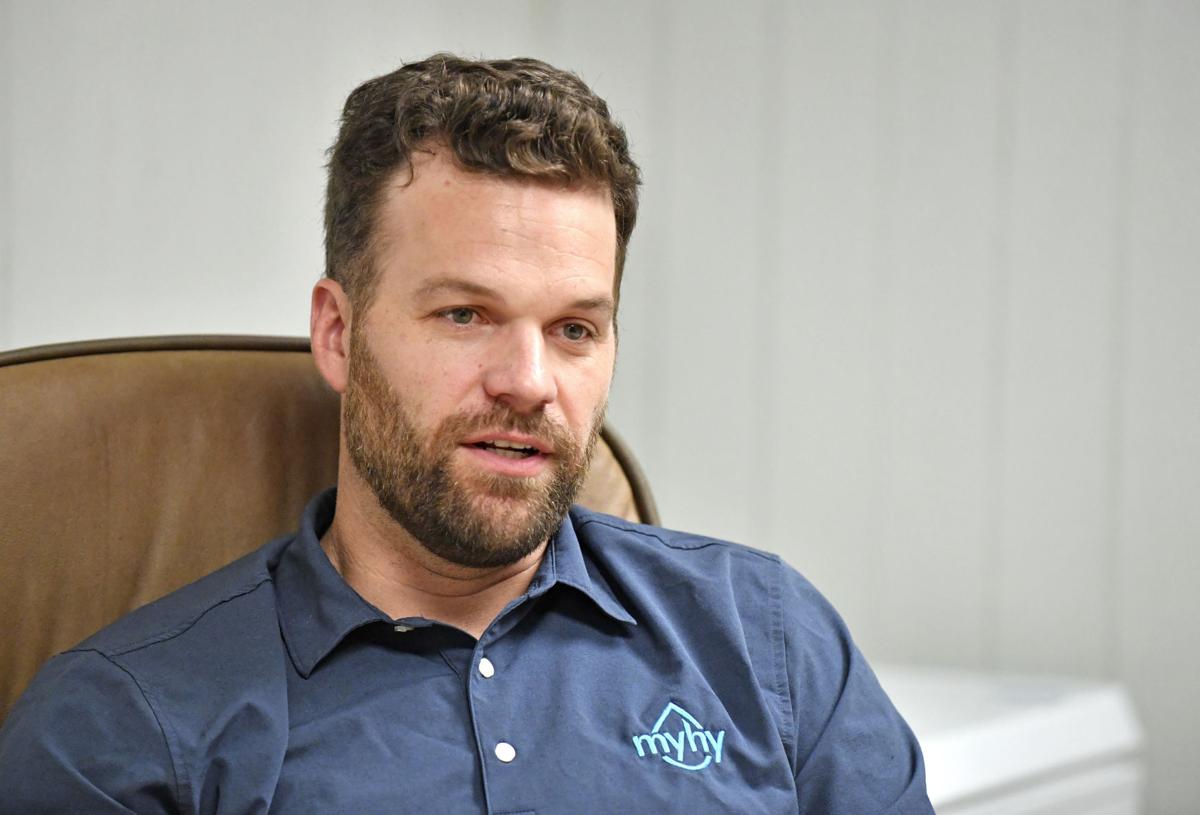 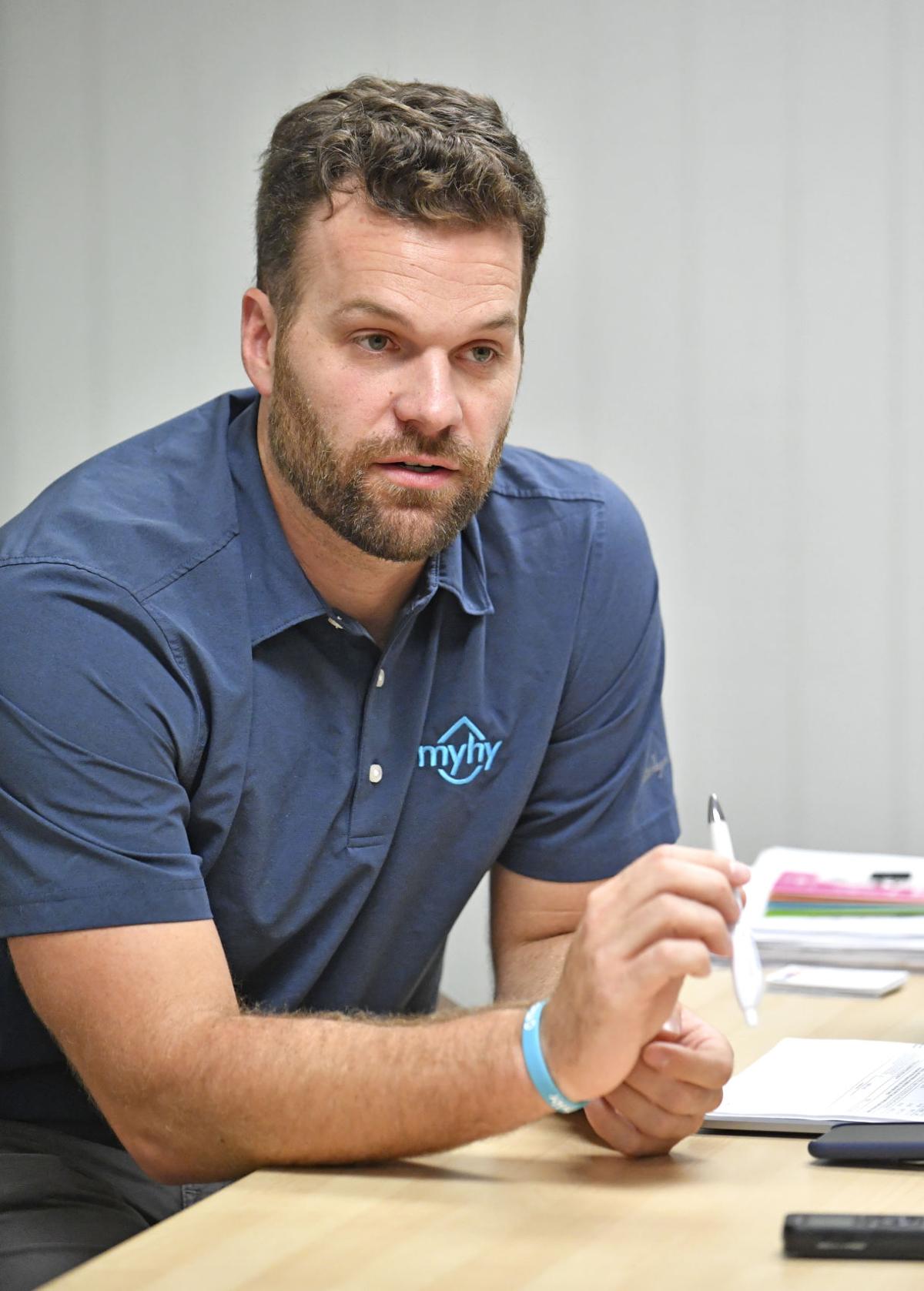 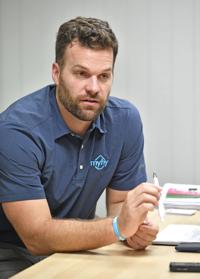 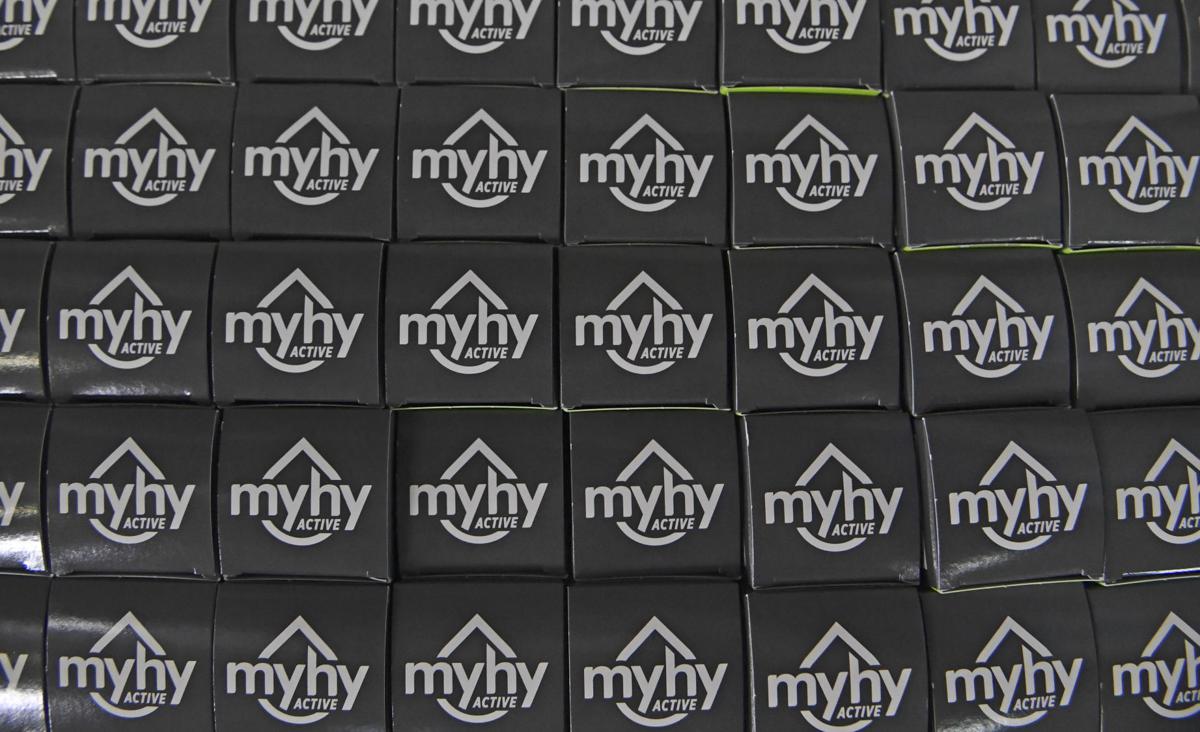 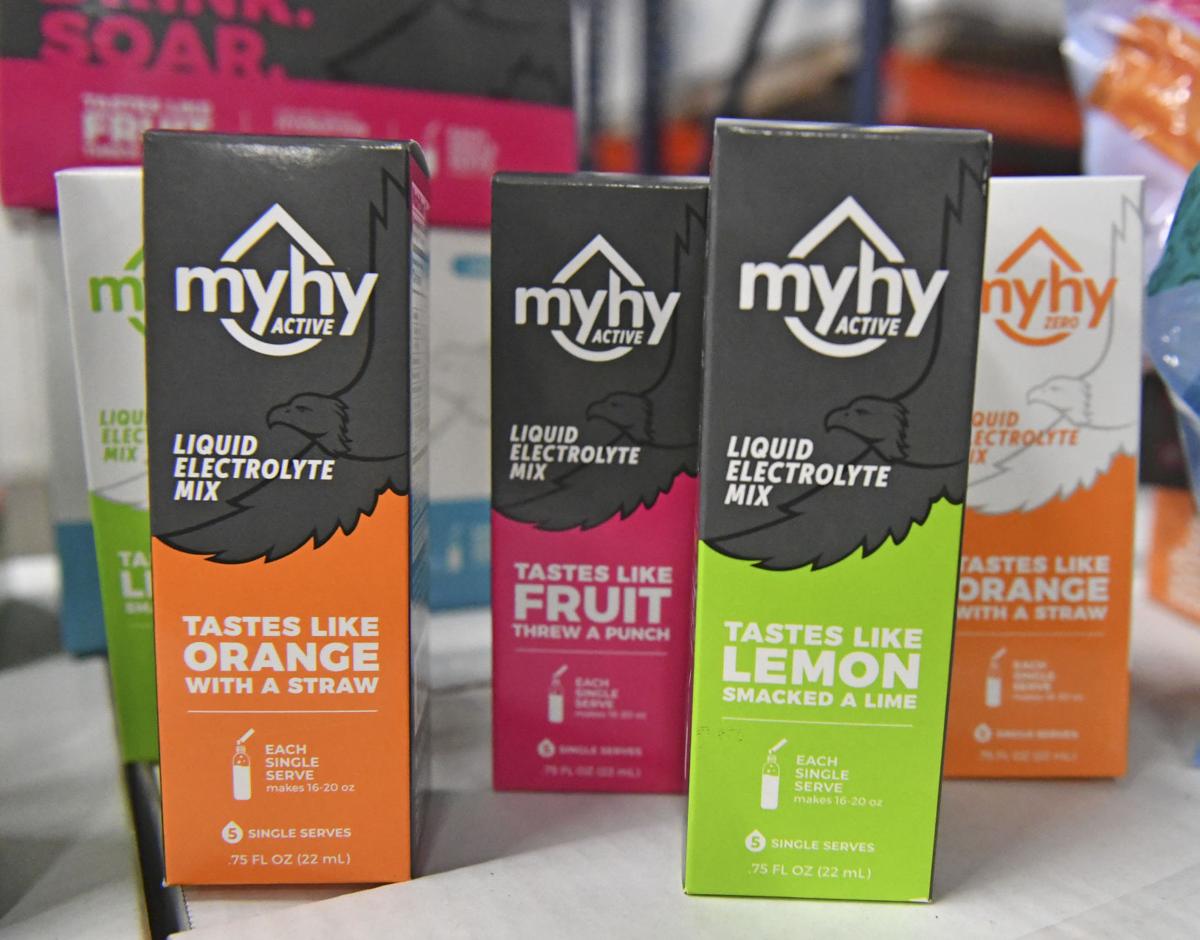 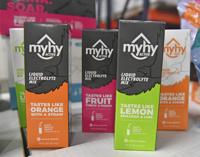 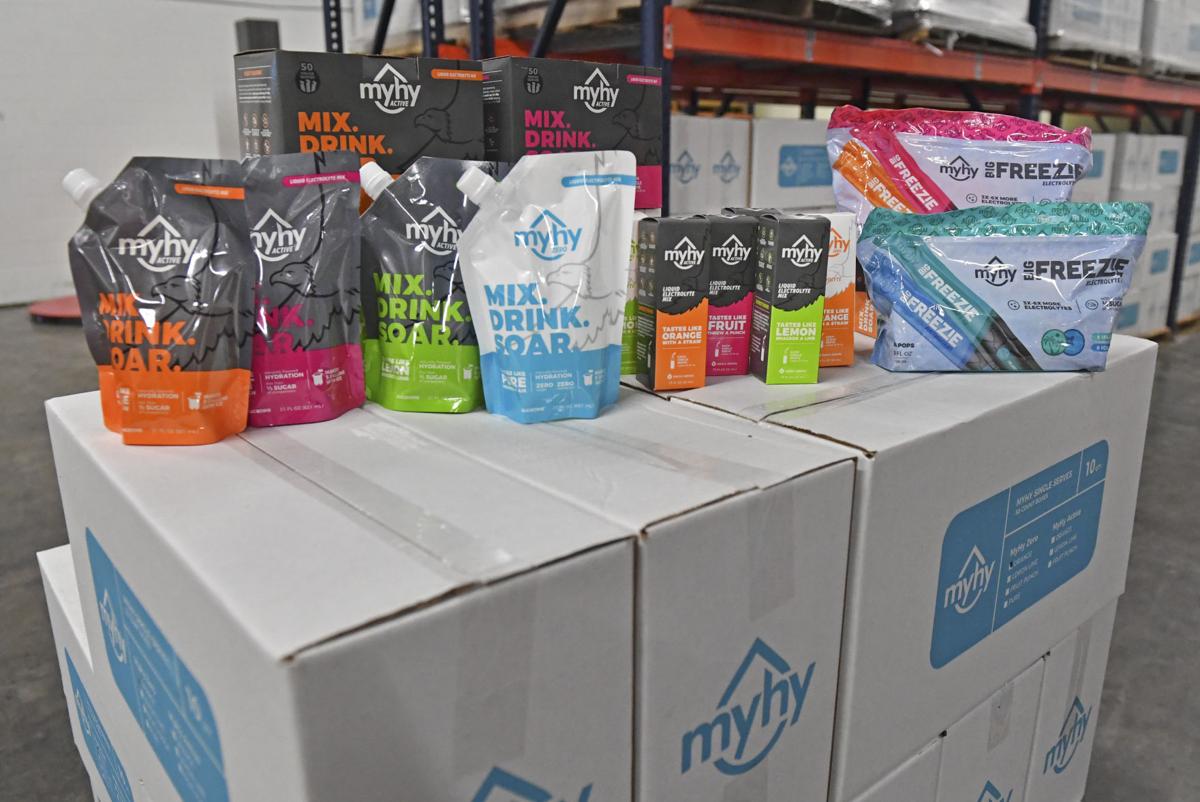 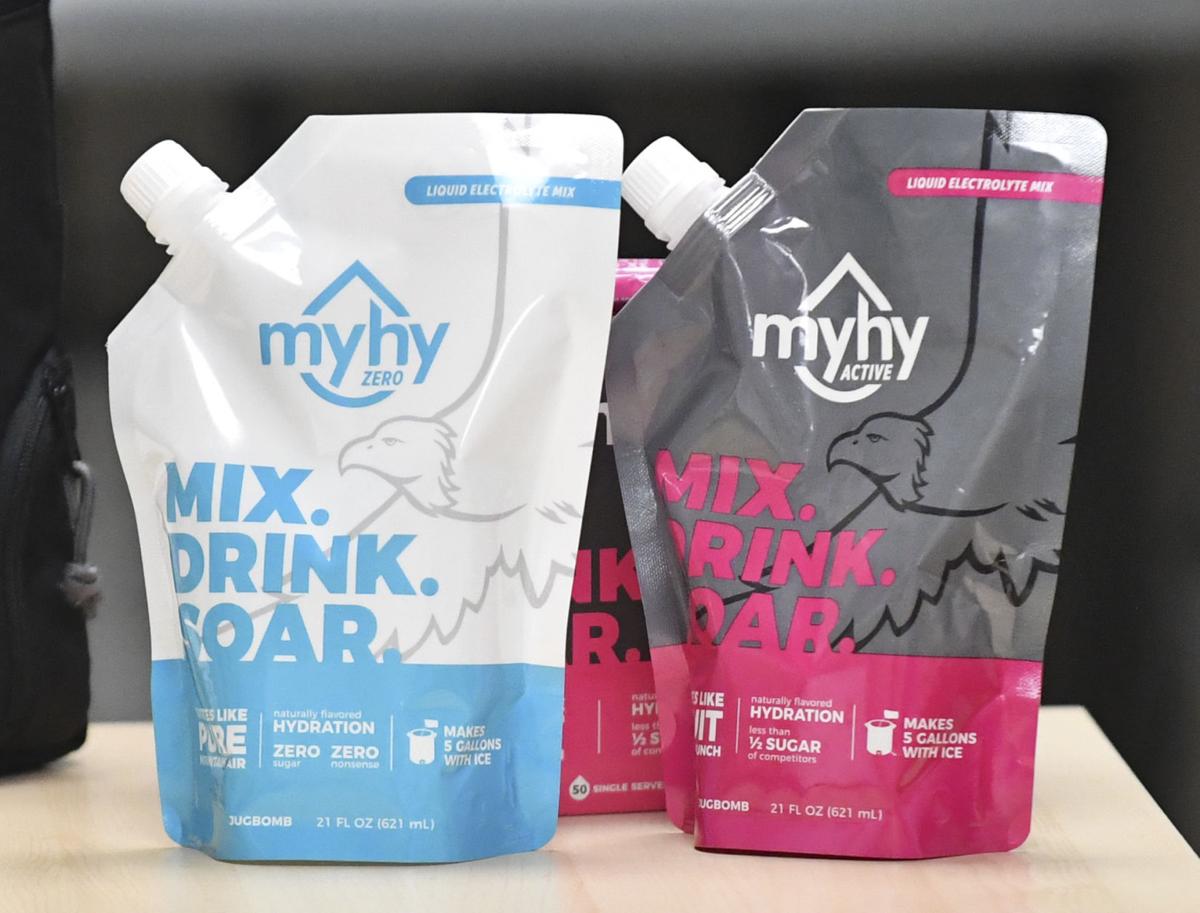 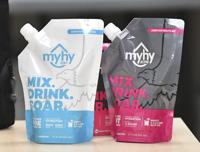 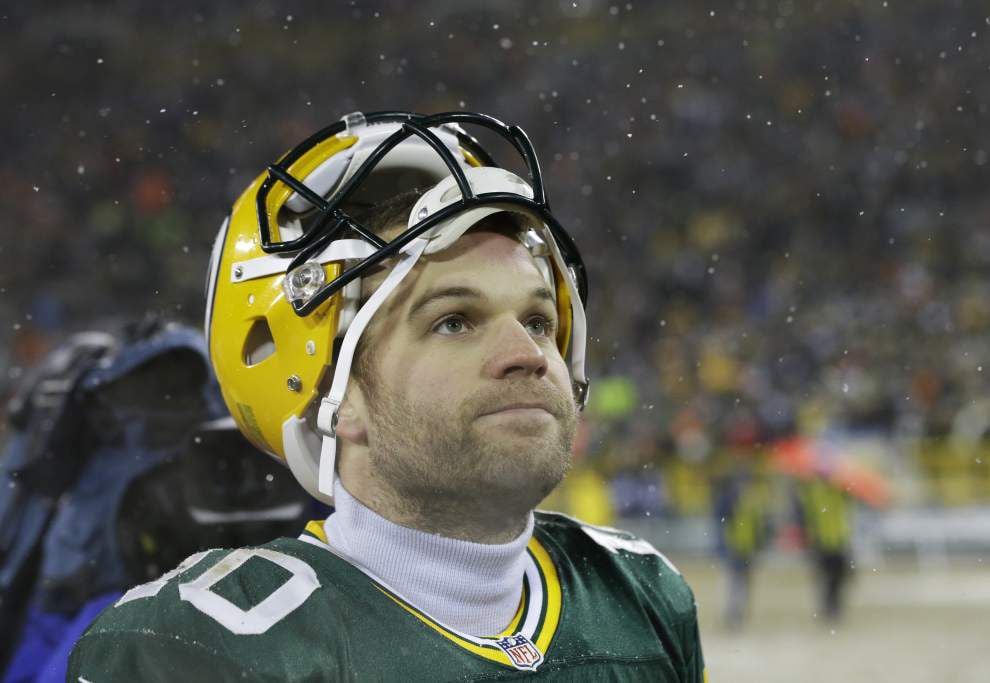 Associated Press file photo by MIKE ROEMER -- Former LSU star Matt Flynn was one of three quarterbacks kept by the Packers, along with Aaron Rodgers and Scott Tolzien. 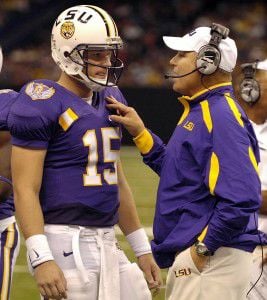 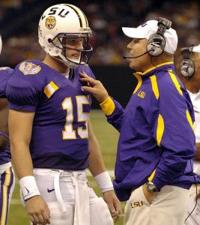 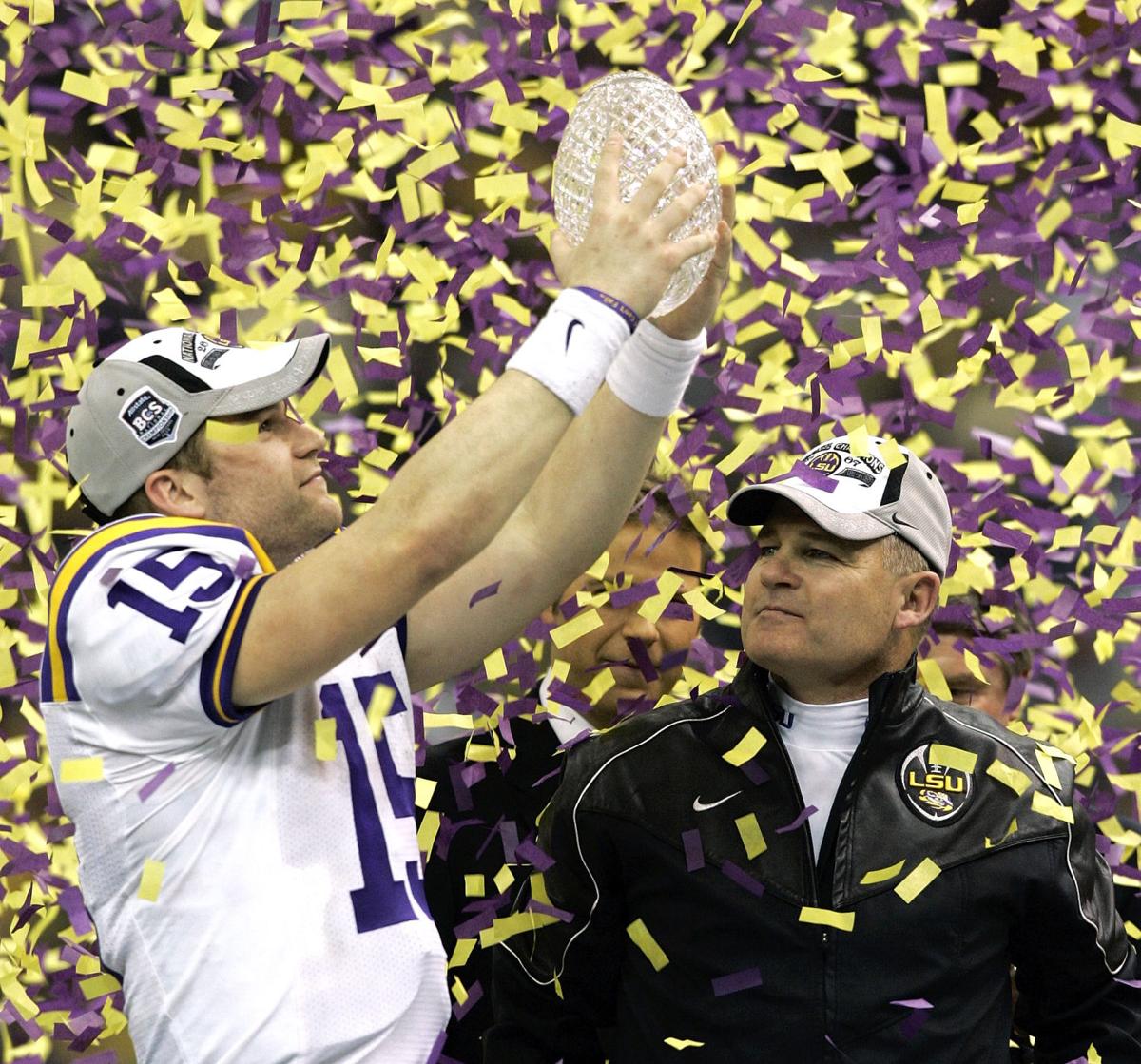 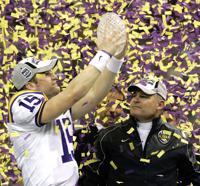 Matt Flynn figured out how to make sodium not taste salty.

He dipped into his savings — the millions he made as a pro quarterback for seven NFL teams — and financed a manufacturer until he successfully concocted a dense, clear liquid that was packed with enough sodium that it should've tasted like a mouthful of seawater.

Satisfied, Flynn had four wooden pallets, stacked high with boxfuls of the new product, delivered to the front doorstep of his south Louisiana home. His bewildered wife, Lacey, helped carry the boxes into the house, shoving them into the closet under the stairs, the empty cubbies in the pantry, the guest-room closet, their bedroom closet.

"There was product everywhere," Flynn said.

It wasn't until last winter that the Flynn household was finally cleared of boxes.

Today, there are 240 pallets of product inside a warehouse in north Baton Rouge. Bulky machinery sits on the concrete floor in another room, where Flynn will soon be producing his sodium-filled creation on his own.

So what's the 34-year-old former Tiger up to?

Why was making sodium flavorless as important as completing a last-second touchdown pass to Demetrius Byrd to beat Auburn?

It's the additive to sports drinks or water that Flynn said 10 to 15 college and pro football teams use to help with hydration issues.

It's what the LSU athletic training staff has used as a complement to its sports drinks since 2017, a season in which the team didn't have to hook a single player up to intravenous therapy in any game.

It's the personally financed project that's fueled Flynn's competitive edge during a smooth transition into life after football.

"It's made me more and more passionate," said Flynn, reclined behind a table inside the Baton Rouge warehouse. "To where, like, I'm excited to put my feet on the ground every morning just to see if I can make a bigger impact today than I did yesterday so I can help more people."

Former LSU two-way football player Johnny Robinson, who was inducted into the Pro Football Hall of Fame in August, will represent the Tigers a…

What does any of that have to do with sodium?

That's about the same question Flynn had when he was with the Green Bay Packers in 2014, when the franchise hired Adam Korzun, a sports dietitian who'd managed hydration for Olympians and extreme sports athletes.

Flynn said he'd always been a big cramper — even back at Lee High School in Tyler, Texas. He always drank enough water. He drank sports drinks. Plus, as a quarterback, he wasn't running near as much as the running backs or wide receivers.

Still, he'd experience full body cramps after practices at LSU or NFL training camps. Routinely, he'd get hooked up to IVs to replenish his body.

"I was one of those guys," Flynn said. "I always wondered why. Why am I cramping when no one else is cramping?"

Scientifically, there is no steadfast answer.

Four doctors conducted a study of journal articles between 1955 to 2008 for Sports Health, and they concluded that the true cause of cramps "remains unknown."

Dehydration, the study said, is one of the "most widely discussed theories" for cramping, along with overloaded muscle tension and fatigue, but "strong experimental evidence for either theory is lacking."

Even so, Korzun did a biological test on Flynn and found that he was sweating three times more sodium in a single practice than anything he drank was putting back into his body.

Theory or not, it was medically prudent to adequately replenish one of the body's key electrolytes.

That's a buzzword — electrolyte — that you've probably seen in bold letters in TV commercials or splayed across small bottles on gas station counters. Sodium, along with potassium, chloride and calcium, are among the electrically charged minerals that produce energy in the human system.

Korzun customized a drink for Flynn. He placed a bottle in the quarterback's locker before every practice.

"It wasn't just like cramping or feeling heat exhaustion," Flynn said. "It was just everything, from recovery to the way we slept, to headaches."

Ed Orgeron hopes wide receiver Terrace Marshall will return by the Alabama game. LSU is not considering a medical redshirt for him, Orgeron said, especially because Marshall might get drafted after his junior year.

A year later, his one-year contract ended with the New Orleans Saints. He filed for an LLC, moved into an office at the Traction Sportsplex in Baton Rouge and began prescribing customized drinks for the training facility's athletes by using the same sweat-test machine Korzun used in Green Bay.

But as his clients grew in numbers, so did his data.

After testing nearly 500 people, Flynn said he noticed a trend: It wasn't necessary to customize electrolytes to the exact milligram for the prescribed drink to be effective. The measurements just needed to be close.

He compared notes with athletic physicians and sports scientists. The trend checked out.

So Flynn started creating one formula that was sufficient for all his clients.

In went some sodium.

As did some potassium.

Notably, no Vitamin C or Vitamin B12.

"I very intentionally didn't add any of that extra stuff in there, because it wasn't what was in our sweat," Flynn said.  "All that is is expensive pee. You're just gonna pee it out. That's all it really is."

What resulted was a heavily concentrated liquid that matched the genetic DNA of human sweat, Flynn said, "so it more closely matches what you're losing, with nothing else."

Anyone who's tasted their own sweat knows that its salty flavor wouldn't make for a very popular cocktail.

That's because, Flynn found, 90 percent of the electrolytes lost in a drop of sweat is made up of sodium. The proportion is reflected in MyHy: 320 mg of sodium per eight ounces of fluid, which is more than three times the amount of the standard sports drink.

And so began Flynn's Ahabian pursuit to solve the salty conundrum.

"We figured it out," Flynn said.

"I can't tell you all the secrets; are you kidding me?" Flynn said. "You just got to use a little magic."

In the company's early stages, Flynn's "we" mostly was a royal we.

He'd grab a box of product from the closet under the stairs and drive out to a local high school or college or professional franchise.

When sales picked up, he financed a manufacturer and more boxes were delivered to his doorstep.

Flynn said high school parents began calling: My son caught the winning touchdown pass at the end of the game.

In LSU's 27-23 home win over Auburn in 2017, the Tigers didn't need to hook any player to an IV despite playing in a sweltering 92 degrees in the middle of October.

LSU's head athletic trainer, Jack Marucci, said the football program has cut down its IV count by close to 70 percent since using MyHy as a complement to its sports drinks.

Hold on, you might say, isn't this just a modern-day version of the salt tablets football coaches used to hand out in the 1960s?

"They were on the right track," Marucci said. "But they never gave them fluid with it. They weren't drinking water with it. It's kind of counterproductive."

Need for speed: LSU's offense works best at a fast pace; How must the defense adjust?

The LSU offense had a need for speed, and now that it has it, the Tigers coaching staff is trying to figure out a whole other problem.

Those salt tablets were sucking the water out of a player's system, and even then, the immense proportion of salt was enough to cause stomach issues.

Flynn's MyHy found the balance, and the success and feedback called for a deeper investment. But the sports drink market was crowded with established corporate behemoths.

But there was also a wider market in plain sight: the industrial/construction world.

Flynn knew that south Louisiana is full of oil and gas contract companies, construction companies and landscaping corporations. His personal friends were among the tens of thousands of people working 8 to 12 hours outside every day, wearing helmets, gloves, boots and respirators.

"Once I started visiting these sites and going to these safety meetings and educating folks on hydration, it was about, man, these people are the backbone," Flynn said. "These are the men and women that keep the lights on ... They are in dangerous elements, and I can really help them."

Every home game the past year, LSU’s offensive linemen ran out of the locker room at Tiger Stadium, looked up and saw Ed Ingram.

Russell said over time he has had a few workers suffer from heat exhaustion. In steamy south Louisiana, his team will bring a change of clothes to a site because within the first 30 minutes, Russell said, "I couldn't be more wet unless I was in a pool."

Russell started using MyHy while on the LSU job. Since then, he said no employees have gotten sick from the heat.

The outdoor industry, plus the interest from athletic organizations, helped Flynn land a retail deal with Rouses, a Gulf Coast-based supermarket founded in Thibodaux, last summer.

Out in that warehouse in north Baton Rouge, Flynn's business is starting to grow. It's not just him and his closet space anymore. He has a quality control manager, a hired warehouse operator and an office manager.

With this new investment, Flynn might say he's "scaling up" — a business term he's learned throughout this process since retiring from the NFL.

"Look, I got a degree in football — all right?" Flynn laughed. "I don't have a business degree. It's a day-to-day learning curve. I've been doing it for over four years now, and I know a lot more than I did when I started, of course. But I'm still learning."

"I found something I'm passionate about," Flynn added. "I'm starting a family. We started raising our family here in Baton Rouge. I want to be part of the community and start a successful business that helps people right here in south Louisiana."

The Heisman Trophy race entering week five of the college football season is dominated by quarterbacks — with one running back on the rise.

Michael Divinity's injury 'not as bad as it looked;' Ed Orgeron outlines timetable to return

LSU linebacker Michael Divinity may be out "a couple weeks," Tigers coach Ed Orgeron said, after the senior appeared to suffer a leg injury wh…