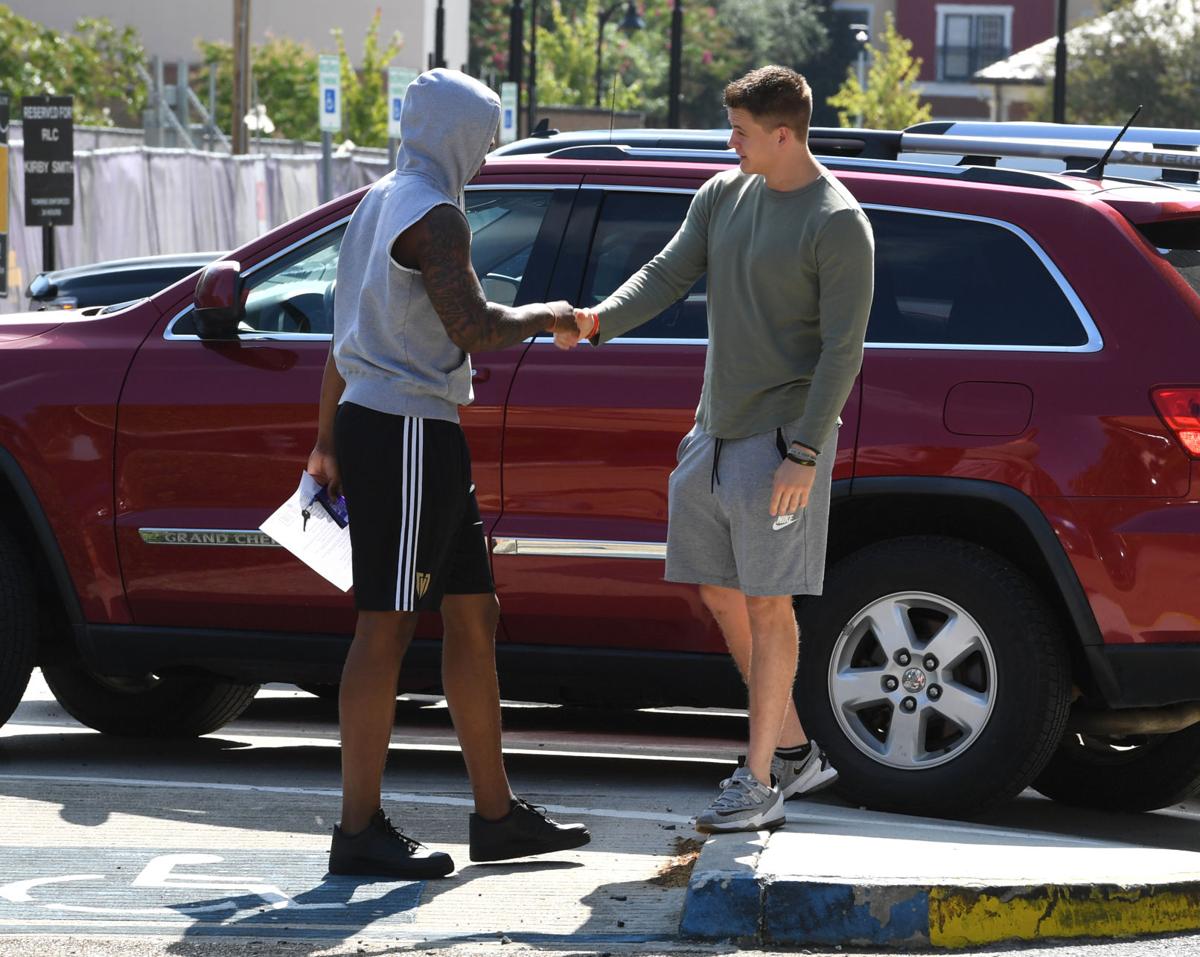 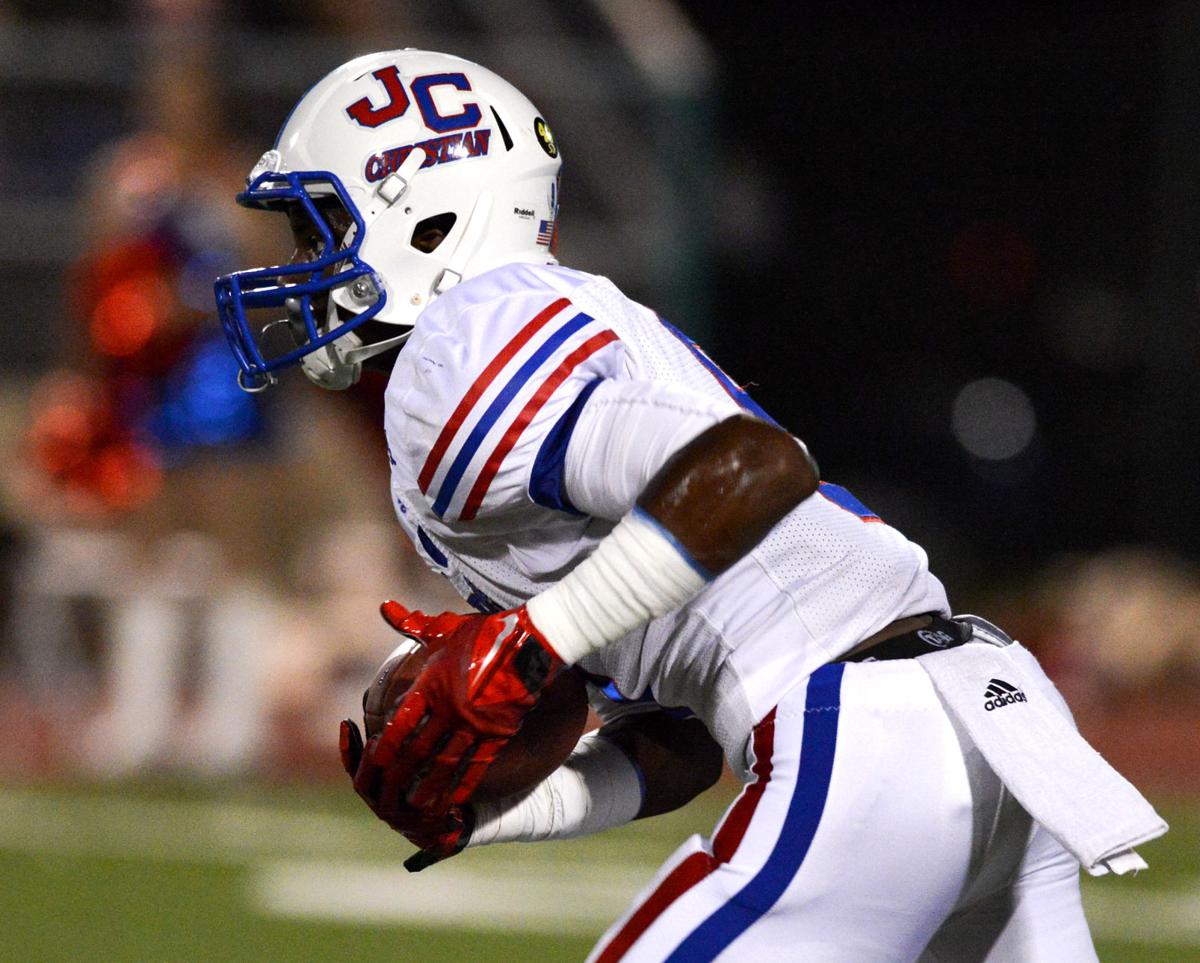 Advocate staff photo by ANDREA MABRY -- Terrence Alexander (9) of John Curtis runs the football during the first half of the game against Edna Karr at Behrman Stadium on Thursday, September 26, 2013.

Advocate staff photo by ANDREA MABRY -- Terrence Alexander (9) of John Curtis runs the football during the first half of the game against Edna Karr at Behrman Stadium on Thursday, September 26, 2013.

Terrence had told his mother, Keisa, first: He was turning down a $110,000-per-year cyber security job in San Francisco to play football at LSU.

The former star at John Curtis Christian received the job offer shortly before he graduated from Stanford in May. At the time, the cornerback had already announced his intention to transfer to LSU and use the extra year of eligibility he received because of a medical redshirt during the 2017 season.

Terrence still could have taken the job, Keisa said, and the two discussed his options when he returned to their New Orleans home after graduation.

"'Well, Terrence, what do you want to do?' " Keisa, 41, remembered asking. "He said, 'I'm just showing you what's available if I don't decide to do football. I can still make a great living if football doesn't work out.' He wants to give football a shot, and as a parent, you have to say, 'OK, let him spread his wings, and see what he can do.' "

Keisa still has videos of Terrence flying around in a YMCA flag football league as a 6-year-old near the University of Northern Iowa, where she was finishing a graduate program in speech pathology.

When the Alexanders returned home to New Orleans, Bandele wanted to keep his son active in football.

"I tried to keep him busy, keep him out of trouble," said Bandele, 43, who played with former LSU quarterback Herbert Tyler at O. Perry Walker High. "Keep him out of the streets and bad influences."

That was also part of the reason, Bandele said, they enrolled Terrence at John Curtis, a private Christian school in River Ridge.

On the day LSU football players reported for preseason camp, senior tight end Foster Moreau was perhaps a little happier than most of his team…

The Patriots won three consecutive state titles while Terrence played from 2011 to 2013, and he was named an All-State cornerback after his senior season, when he recorded four touchdowns (one interception, two punt returns and a kickoff return). He won three more state championships as a sprinter on the indoor and outdoor track teams.

"It was one of those things you never concerned yourself with," said 48-year Patriots coach J.T. Curtis, a member of the Greater New Orleans Sports Hall of Fame. "And when I say intelligence, not just book-smarts — kids that have that knack, that ability to play football, make adjustments on the field. He was one of those kinds of guys."

Alexander became the nation's No. 28-rated cornerback according to 247Sports. He received offers from Tennessee, Ohio State and Nebraska — LSU did not offer — but ultimately chose between Stanford and Notre Dame.

"I don't think Terrence has made a B since ninth grade," Bandele said. "He was looking past athletics."

Alexander played in every game at Stanford from 2014 to 2016, and he was fourth on the team with four passes defended in 2015, when the Cardinal went 12-2, won the Pac-12 Conference championship and beat Iowa 45-16 in the Rose Bowl.

Alexander broke his thumb in the 2017 season opener against Rice and missed the remainder of the season.

On Feb. 21, Alexander announced on Twitter that he would become a graduate transfer.

Bandele said "20 to 30 schools" reached out quickly, including Alabama, Tennessee, Florida and South Carolina, but LSU became the best option for Alexander to come in and compete right away.

The Tigers are still searching for a cornerback to start opposite returning All-Southeastern Conference pick Greedy Williams. Kristian Fulton is waiting on his appeal hearing with the NCAA regarding his two-year suspension for allegedly attempting to use another person's urine as his own in a drug test.

LSU coach Ed Orgeron said Wednesday the "wide open" nature of the Tigers' cornerback depth is one of the reasons the coaching staff brought in Alexander, who was not available for interviews before preseason camp started Saturday.

"He gives us experience," Orgeron said. "He can play corner; he can play nickel. A guy that's been in some games. And we need that. He is going to be in the mix for that starting left corner."

One of the few stable portions of an LSU roster full of questions took a hit on the first day of preseason camp.

It's the reasoning Alexander gave his father for turning down that six-figure salary. Dad eventually understood.

"He wants to pursue that opportunity," Bandele said. "He said, 'I'd kick myself if I didn't give it a shot.' He'll play until they tell him he can't play anymore."

After one season in Baton Rouge, Terrence Alexander will now get a shot to continue his football career in Minnesota.

It's nearly time for kickoff in Baton Rouge.