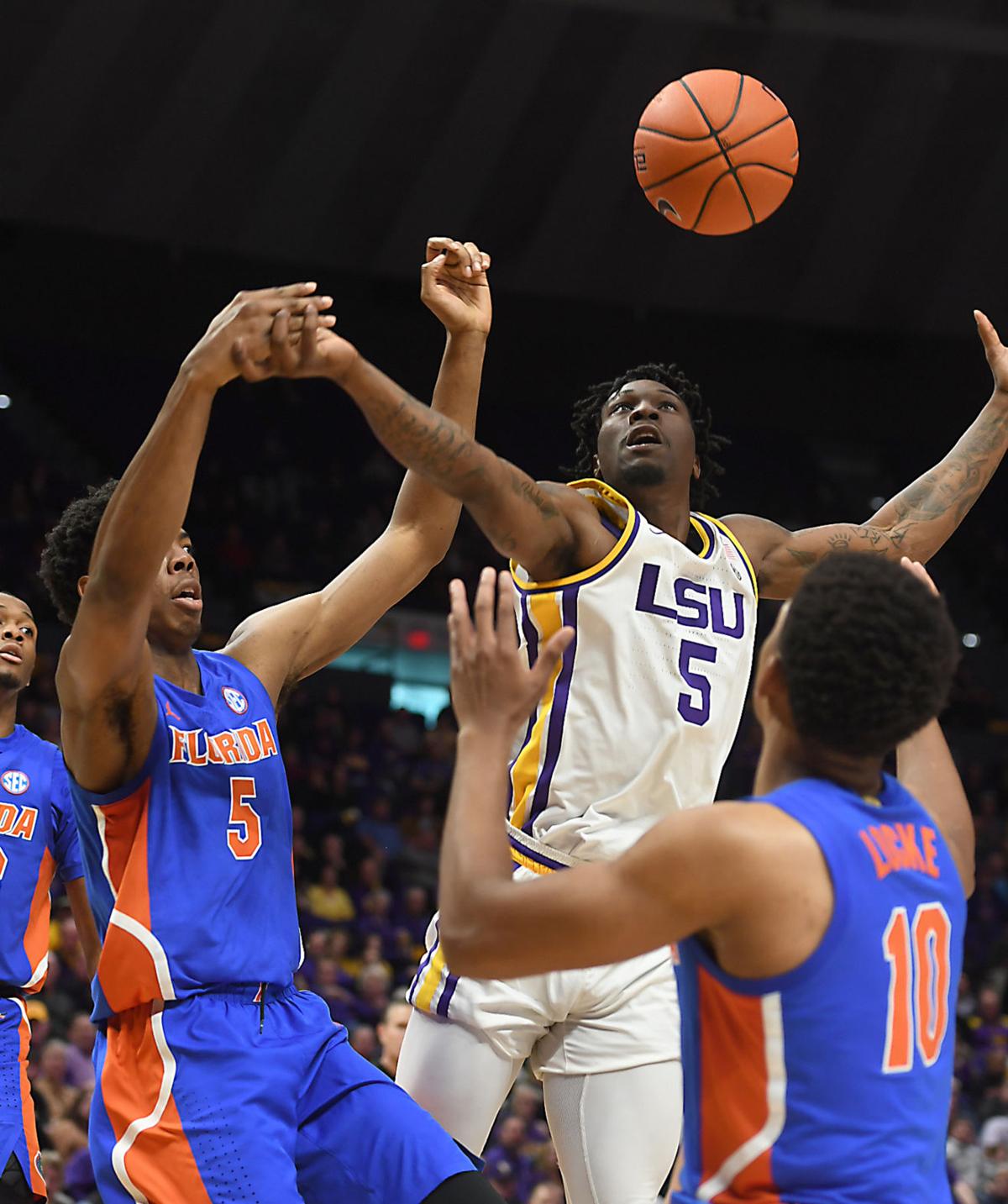 LSU’s Emmitt Williams (5) battles to control a loose ball with Florida’s Omar Payne in the second half of the Tigers' 84-82 win over the Gators on Tuesday at the Pete Maravich Assembly Center. 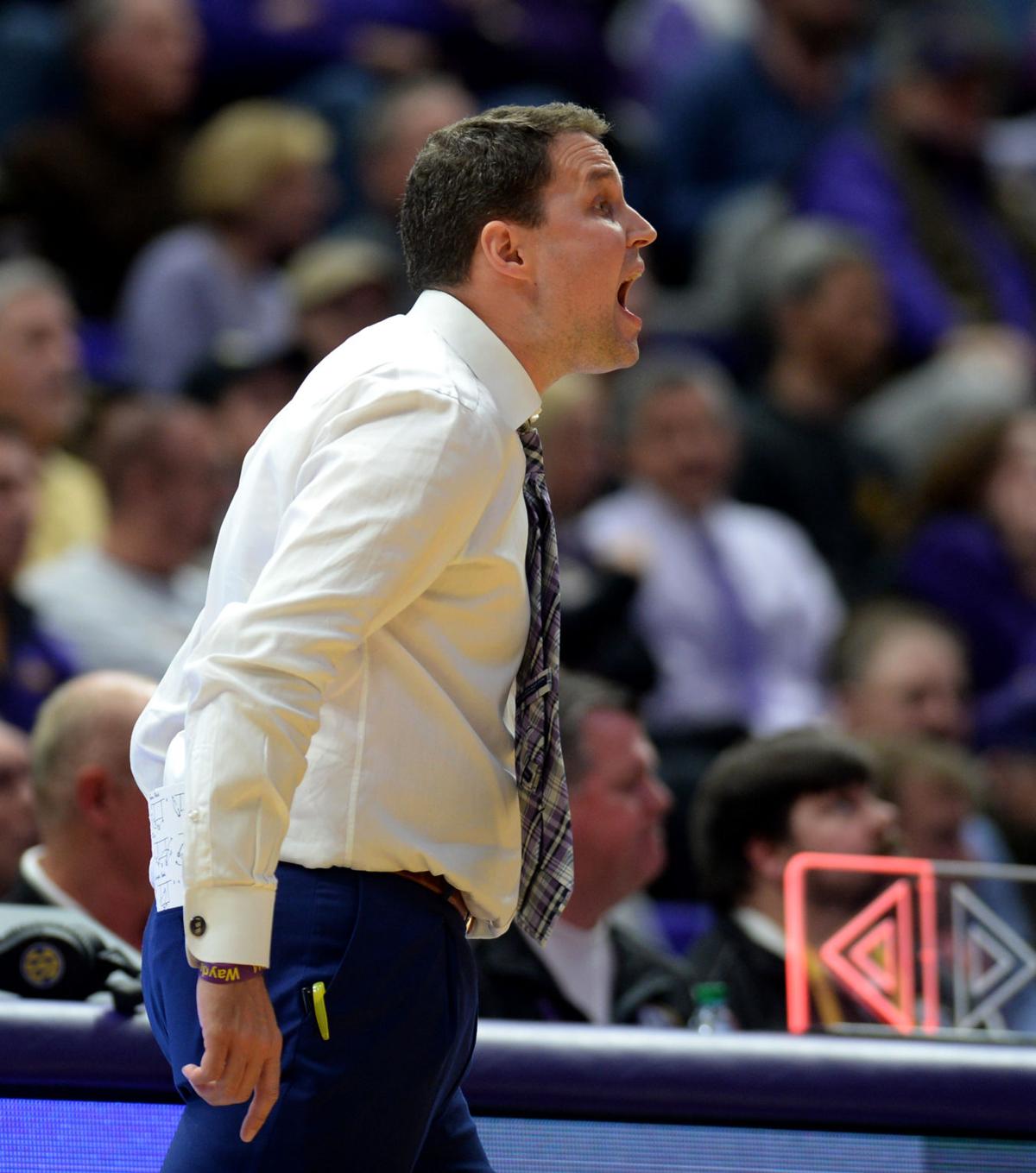 LSU coach Will Wade shouts instructions in the second half of the Tigers' 84-82 win over Florida on Tuesday at the Pete Maravich Assembly Center.

LSU’s Emmitt Williams (5) battles to control a loose ball with Florida’s Omar Payne in the second half of the Tigers' 84-82 win over the Gators on Tuesday at the Pete Maravich Assembly Center.

LSU coach Will Wade shouts instructions in the second half of the Tigers' 84-82 win over Florida on Tuesday at the Pete Maravich Assembly Center.

This LSU basketball team reminds me of my nine-year old Honda.

It’s got a couple of dents. OK, a lot of dents. One of the headlight lenses is clouded over. And some of the upholstery needs a rehab.

In other words, it isn’t the prettiest thing to look at. But it always gets me where I want to go.

These Tigers don’t win pretty, but they somehow fulfill the old Al Davis mantra to “just win, baby.” And despite all their drama, they have a chance to travel far in a season still trying to escape the post-championship shadow cast by LSU’s football national championship.

An 84-82 victory Tuesday night over Florida in the Pete Maravich Assembly Center was state of the LSU art. The Tigers trailed by eight early, then saw a 10-point lead over the final 80 seconds melt to two. LSU only avoided overtime because the Gators’ Keyontae Johnson couldn’t get the ball in his hands on the inbound play and off his fingertips before then final half-second spun rapidly off the clock (replay proved he clearly didn’t get the shot off in time).

“We have to keep it close,” said senior guard Skylar Mays, one of six Tigers in double figures with 18 points. “It has worked for us, so why not stick with it?”

The Tigers are now 14-4 overall and 6-0 in the Southeastern Conference, alone in first by a game over Kentucky. After a 78-64 win to open SEC play at Tennessee, LSU has won its last five by four points or less, including a buzzer-beater Jan. 11 to edge Mississippi State 60-59 and Tuesday night’s ulcer inducer.

“If you have a bad heart,” Tigers forward Emmitt Williams said on the SEC Network afterward, “don’t watch our games.”

A quick glance at this LSU team tells you it isn’t as good as the one that went 28-7 last year with an SEC regular-season title and trip to the NCAA tournament’s Sweet 16 (and this with coach Will Wade suspended for the postseason). LSU lost three starters from that landmark team to this — point guard Tremont Waters and forwards Naz Reid and Kavell Bigby-Williams. The latter two went 6-foot-10 and 6-11, respectively. These Tigers have no one who stands over 6-9 and clearly have missed Waters’ dynamic talents at times. They also often can’t shoot straight from beyond the 3-point arc, going 2 of 14 Tuesday night while Florida was 11 of 30.

But they’re fearless around the basket, they scrap and fight hard. Against a Florida team with two 6-10 starters, preseason SEC player of the year Kerry Blackshear and Omar Payne, the Tigers outrebounded the Gators 38-28 (the most they’d been outrebounded in a previous game was three). They outscored Florida 50-32 in the paint, led in large part by a 10-point, 11-rebound effort by 6-6 jumping jack Marlon Taylor.

“A lot of our teammates stepped up tonight,” said Williams, who wasn’t too shabby himself with a game-high 19 points and five rebounds. “Marlon Taylor had a huge double-double.”

Getting Taylor back right from a lingering foot injury was the winning edge for an LSU team still weeks away from getting back guard Charles Manning after he underwent surgery for a foot fracture. But this team that played so unevenly in the pre-conference schedule is finally starting to figure out who it is and what it can do.

In the feast or famine history of LSU basketball, where the Tigers are either winning SEC titles and putting all-time basketball greats on the court or finishing last in the conference, the program has won 11 regular-season titles. That’s a distant second to Kentucky’s 49, but it still ranks second in SEC annals.

Among all those titles only once, in 1952-53 and 1953-54, has LSU won the SEC regular-season crown in back-to-back years. Such an achievement this year would perhaps be even more amazing than Joe Burrow joining Billy Cannon as LSU Heisman Trophy winners after a 60-year drought.

Again, this LSU team doesn’t seem quite as talented as last year’s version. But the SEC isn’t quite the league it was last year, either. At the moment only one team, Auburn, ranks in the top 20 of the NCAA’s NET rankings (LSU, somehow, beat No. 39 Florida and dropped from No. 23 to 24).

For the record, LSU was 15-3 overall and 5-0 in SEC play at this point last season, going on to a 7-0 SEC start before winding up 16-2 in conference. After Saturday’s SEC/Big 12 Challenge game at Texas, LSU has a real chance for a 9-0 conference start with home games against Alabama and Ole Miss and a trip to Vanderbilt before what is shaping up as a huge game Feb. 8 at Auburn.

“It means a lot,” point guard Javonte Smart (13 points, six rebounds) said of LSU’s hot and nervy SEC start. “We just want to keep winning and keep the winning streak going. If it comes down to a six-minute game, we work on that every day in practice.”

If it boils down to a six-minute game, expect LSU to be in it and for the game to be close.

It may be hard to watch at times, but the results are a thing to behold.

'Sick of it': LSU basketball coach Will Wade dismayed at how Tigers have squandered leads