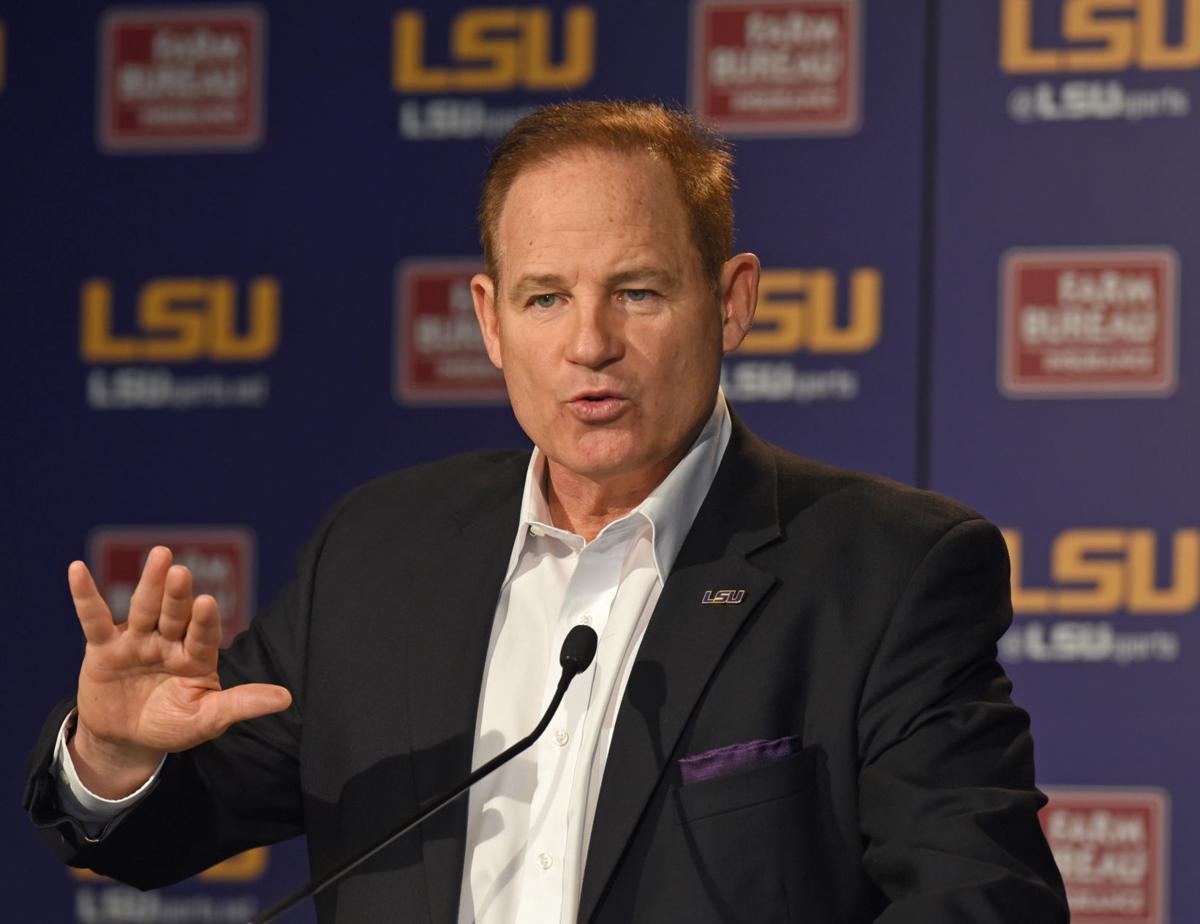 In less than two months, Travin Dural will turn 23.

A fifth-year senior, the receiver is one of the oldest on the LSU football team. He signed with the Tigers in February 2012, the year current freshmen on this team were in eighth grade.

In each season in which he’s played — he redshirted in 2012 — Dural’s been under the same offensive coordinator, Cam Cameron. He laughs when asked how much he knows of the playbook.

“Unfortunately, I do know all of the plays,” he said with a smile.

What’s new and different exactly? In what different ways are they running old plays? Good luck getting any player or coach to answer those questions.

Dural is used to side-stepping such inquiries. It goes beyond interviews with reporters and stretches some 50 miles west of Tiger Stadium in his hometown of Breaux Bridge.

The storyline for much of this offseason has been the overhauling of LSU’s defense, the move to a 3-4 scheme that the program hasn’t employed since the late 1990s. The shroud covering new coordinator Dave Aranda’s defense will be yanked free against his old team, Wisconsin, at Lambeau Field on Sept. 3.

And so will that dark cloak draped over an LSU offense that coach Les Miles has insisted, since a drama-filled November, will change. He even made a commitment to his boss, athletic director Joe Alleva, to change his run-heavy system.

“Les has committed to me that he understands there has to be some changes made,” Alleva said in December, in the same news conference in which he admitted to looking at “options” and making “inquiries” regarding a potential new football coach.

Miles spent the offseason preaching change. Some would say he took action, too.

Two months before his hire, the Tigers began to change. During bowl practice, LSU “tweaked” and “re-geared” its offense ahead of what eventually was a romping bowl win over Texas Tech. The Tigers set season highs for points and yards in that 56-27 Texas Bowl victory.

Cameron told The Advocate during an interview in the spring what exactly changed during bowl practice. The Tigers no longer relegated their walk-throughs to the run game like they used to, but walked through the passing game as well.

Maybe more importantly, they’ve shifted their quarterbacks’ focus in practice from zone-read and other quarterback runs to tossing the ball from the pocket — just like they did in Cameron’s first season in 2013.

“I think we went back and looked at what we did with Jarvis (Landry), Odell (Beckham), Zach (Mettenberger),” Cameron said then.

Cam Cameron was on the sideline during the Texas Bowl. (Travis Spradling)

Meanwhile, Miles and his staff spent January and February, the coach said, watching tape of successful spread offenses, hoping to implement parts of those schemes into their game plan. In spring practice, the Tigers focused on passing like never before, Miles and players say, intensely working on a unit that’s struggled so much in the past two years.

LSU’s passing offense ranked 106th in 2015 and 116th in 2014, two seasons in which Cameron broke in a first-year sophomore starting quarterback. That said, even when the Tigers have roared to Southeastern Conference championships and competed for national titles, they were not necessarily offensive juggernauts.

LSU has finished 71st or worse in passing offense seven of the past eight seasons, and they’ve not finished inside the top 80 in total offense in five of the past seven years — one of those includes last season, when LSU ranked seventh in rushing.

After the loss to Ole Miss last season, Miles questioned his own offense, saying it needed “to be adapted, to be fixed and adjusted.”

At interviews during preseason camp, more than one player mentioned the Tigers working on “new installs” offensively, a football term for installations of an offensive package or play. Miles booted reporters from camp after just the third day, the earliest for that to happen in years. Starting the second day of camp, reporters could not video a portion of pass-catching segments and, eventually, were not allowed to video anything on the offensive practice field.

Harris rolled out on several plays, as the Tigers employed the latest trend in college football — the run-pass option or RPO. Harris would first fake — or give — to Fournette from the shotgun or pistol, an abbreviated shotgun formation. He would then roll out with the option to pass or keep it himself.

Is this something LSU added to its repertoire? Is this what Dural was suggesting when saying the Tigers are running old plays in “different ways”? Maybe.

LSU plans to use its running backs — Fournette and Derrius Guice, specifically — more in the passing game, Harris indicated during interviews in camp. And Fournette, in the spring, said he spent the offseason focusing on his hands with the expectation to receive more passes. He’s caught 26 in two years, an average of one reception a game.

“I’ve started checking the ball down because Derrius Guice and Leonard Fournette can take a 5-yard pass and take it 85,” Harris said earlier this week.

But what else? What else can LSU change? What can the Tigers do to pull their passing game out of the doldrums?

Maybe it’s just a matter of Harris and his receivers maturing. It's one of the many reason for LSU fans to have hope that Harris’ numbers will improve from last season — 180 yards a game, 53 percent completion rate.

The junior participated in his third spring practice this spring and his third camp over the past two weeks. He’s surrounded by veteran players. LSU returns nine offensive starters, including its top two receivers and top two running backs, and its center.

“We’re more mature, myself and him,” junior receiver Malachi Dupre said. “With him being a second-year starter, I feel like he’ll be much more confident in his ability. We have great leadership in the (receiver) room. We’re older, and I feel like the sky’s the limit.”

No scholarship player ran into off-the-field trouble this summer, making summer 7-on-7 work more productive, Harris said. Cameron will be on the sideline, as he was in the bowl, something Harris wished for. And Craig’s influence — his personal bond with the quarterback and additional passing drills — has been well-documented.

So, just maybe, there won’t need to be any changes at all, right?

“With the passing game, the thing I’ve learned, it’s not about the scheme,” Dural said. “It’s all about execution. You can call the plays and the defense knows it and it doesn’t really matter. If you execute it the right way, somebody is going to be open, whether it’s deep down the field or a check-down.

“In past years, we’ve had problems executing, and we weren’t taking blame for the things we weren’t doing correct,” he continued. “We always wanted to put it on the quarterback when it wasn’t just the quarterback. It was both positions.”

LSU's offense in Les Miles' 11 years has never been among the nation's elite, but the Tigers have won three SEC titles and a national championship, still.