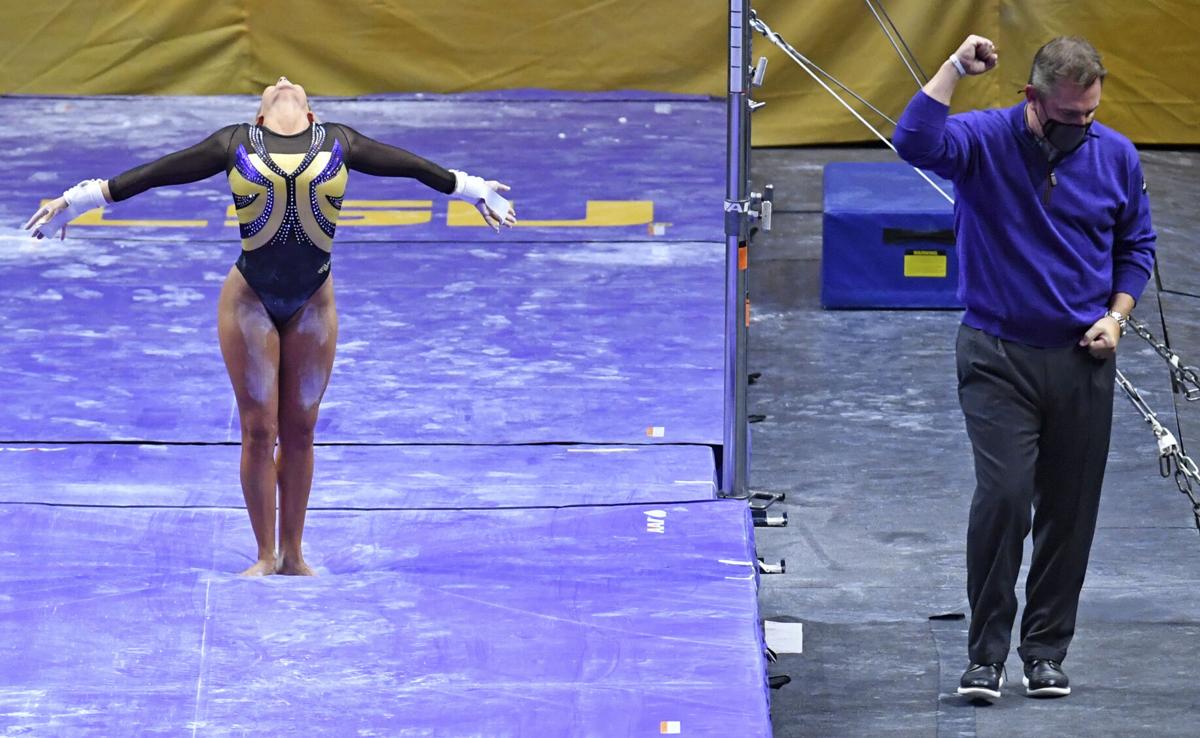 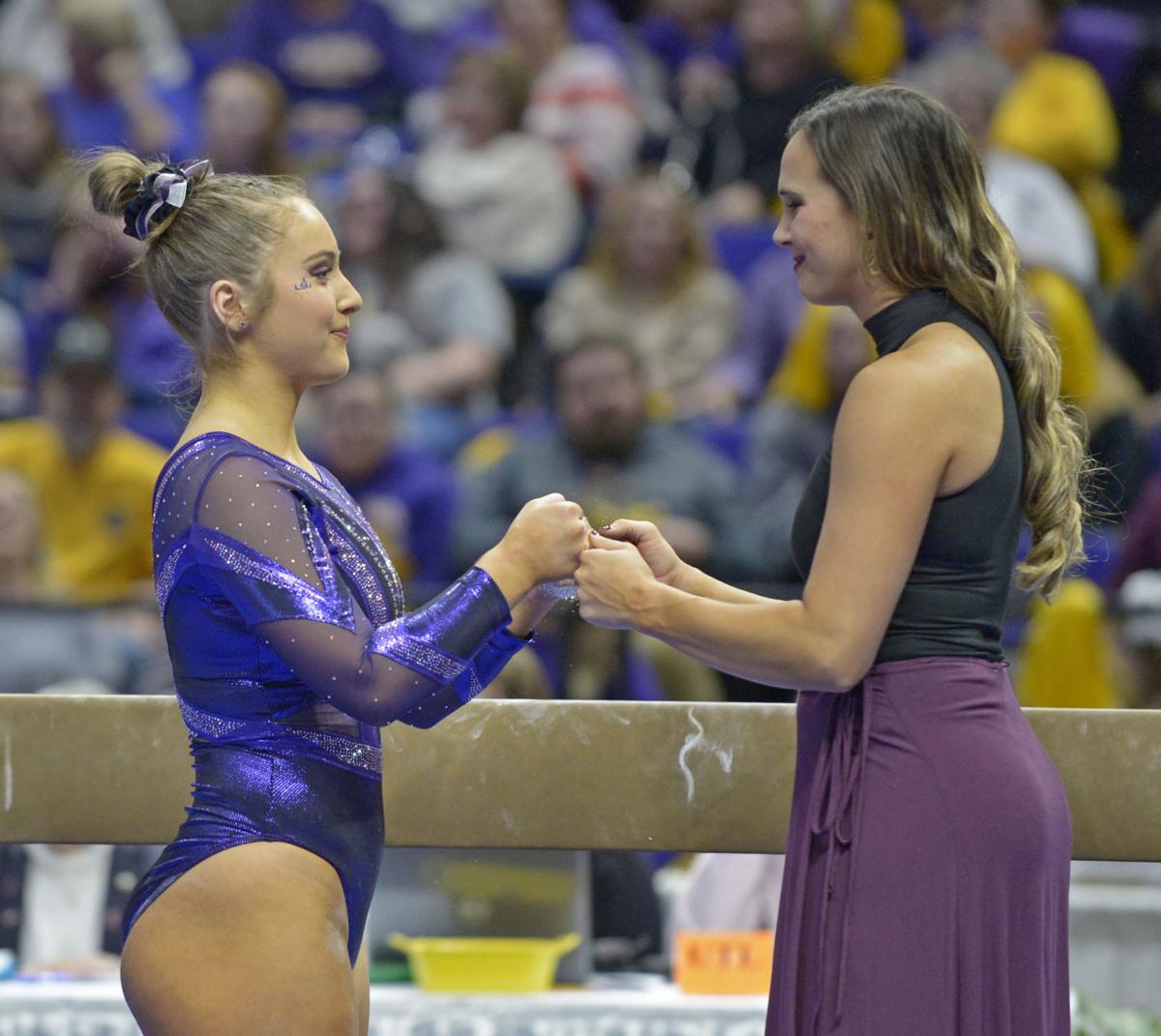 Christina Desiderio, left, gets a fist bump from then student coach Ashleigh Gnat before competing on beam in a meet against Arkansas, Friday, January 5, 2018 at LSU's Pete Maravich Assembly Center in Baton Rouge, La. Desiderio scored a 9.825 in the event.

Christina Desiderio, left, gets a fist bump from then student coach Ashleigh Gnat before competing on beam in a meet against Arkansas, Friday, January 5, 2018 at LSU's Pete Maravich Assembly Center in Baton Rouge, La. Desiderio scored a 9.825 in the event.

Ashleigh Gnat will have to wait another week to make her LSU coaching debut.

The former Tiger All-American gymnast and 2017 NCAA floor champion is in her first season as an assistant coach after one year as an assistant at Penn State. But Gnat missed LSU’s season-opening 196.550-196.350 win Friday over Arkansas because of COVID-19 protocols and will not travel when the team goes to Arkansas this Friday (7:30 p.m., SEC Network).

“She doesn’t get out (of quarantine) until Saturday, so we’ll be without her one more time,” LSU coach Jay Clark said Monday.

Gnat has helped coach from home during practices via FaceTime.

“It’s very interesting,” Gnat said. “They set up an iPad right next to the beam and I get to watch. It’s a nice break in my day. The girls come up to the iPad and I get to interact with them. They’re an awesome group. It makes my day.”

The Tigers were ranked No. 3 in the preseason gymnastics coaches’ poll and are now No. 5 in the score-based Road to Nationals rankings.

LSU sophomore Kiya Johnson and freshman Haleigh Bryant had the top two scores in the nation on floor exercise. Johnson had her first career perfect 10 on floor while Bryant had a 9.975. LSU tied with Utah for the nation’s best floor score (49.350).

Alyona Shchennikova earned a spot in three of LSU’s four rotations Friday night and was close to being an all-arounder.

Clark said Shchennikova had a similarly slow start last season and is likely to stick with her going forward.

“She’s a tremendous, talented young woman and athlete,” he said. “It really amounts to her own confidence and getting settled.

“She had a great fall. She outperformed so many people. She trained in the all-around and easily is able to do every event. But everyone is different in terms of when expectations come. It’s getting get her to trust her training and believe she is as good as she is.”

Johnson’s floor routine made Friday night’s SportsCenter top 10 on ESPN, coming in at No. 2.

“It surprised me,” Johnson said. “We all went out to eat and there were TVs where we were sitting.”

An Arkansas gymnast from a well-known gymnastics family could see her first collegiate action Friday against LSU, the school where she was once committed.

The meet will be LSU’s first to count toward the SEC regular-season standings. Last Friday’s meet was added when the Southeastern Conference went to a league-only schedule because of coronavirus restrictions.