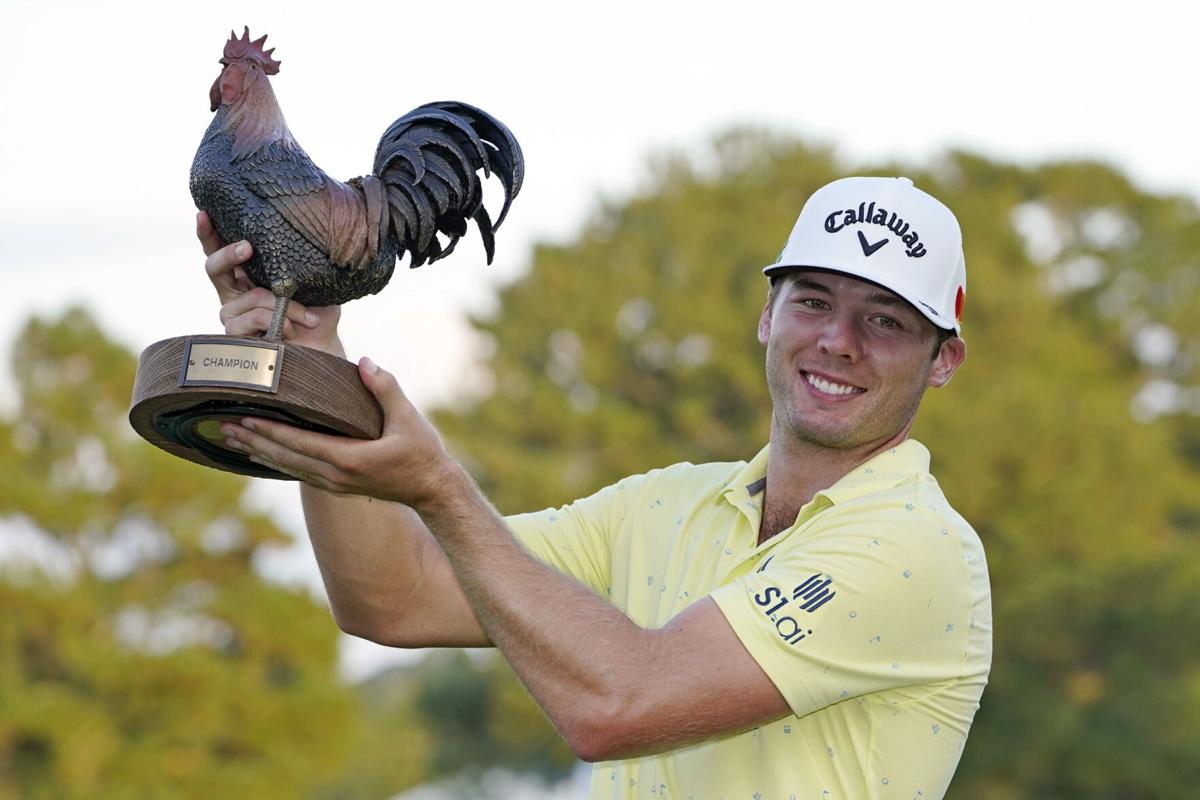 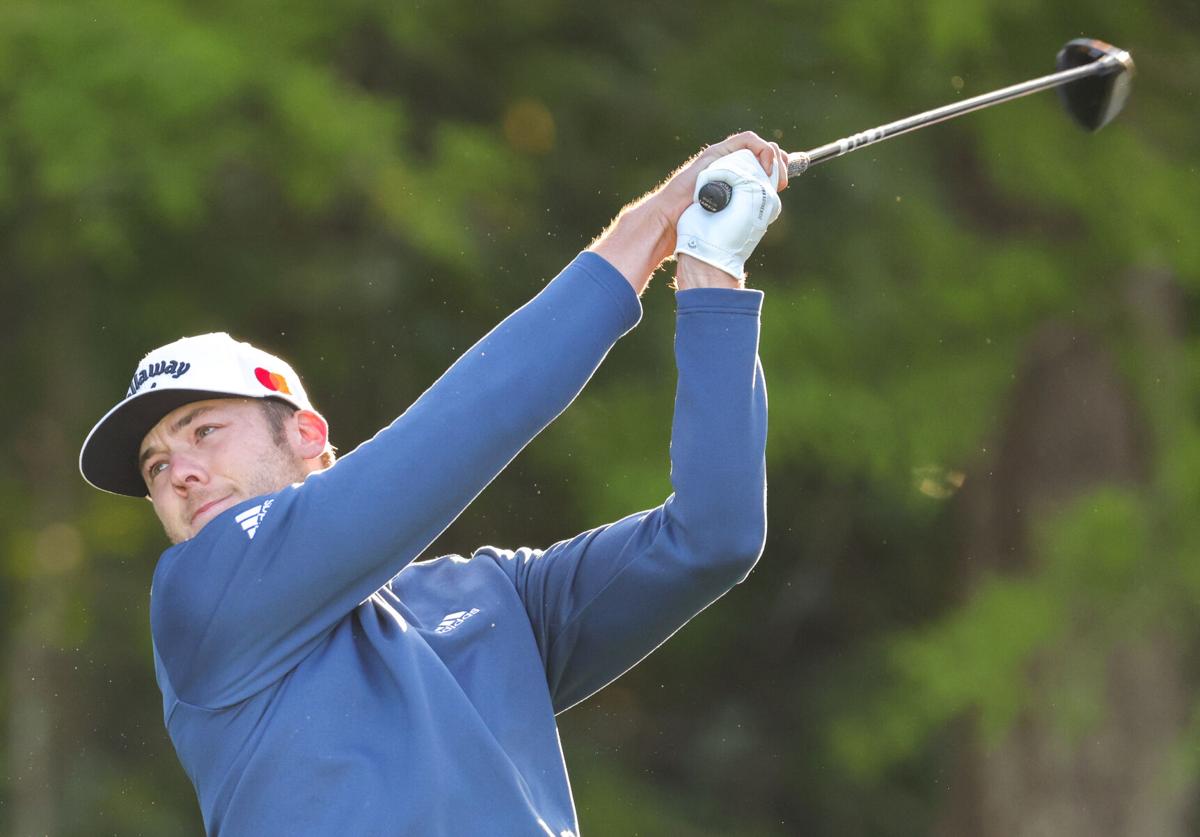 Sam Burns watches his tee shot on the 10th hole during the first round of the Zurich Classic at TPC Louisiana in Avondale on Thursday, April 22, 2021.

Sam Burns watches his tee shot on the 10th hole during the first round of the Zurich Classic at TPC Louisiana in Avondale on Thursday, April 22, 2021.

Notes on a golf scorecard while noting that Friday is Masters hump day, the day that will put us closer to the start of 2022 Masters week than the end of the 2021 Masters (yes, these are things I think about) …

… If it wasn’t clear in May when Sam Burns got his first big professional victory in the Valspar Championship near Tampa, Florida, it became abundantly clear Sunday when he won the Sanderson Farms Championship in Jackson, Mississippi: the former LSU All-American is a rising star on the PGA Tour.

The win in the second event of the wraparound 2021-22 PGA Tour season sets up Burns for another big campaign after he finished 18th in FedEx Cup points and won over $5.1 million in prize money in 2020-21.

How far has he come in the past 10 months? Burns ended 2020 ranked No. 154 in the world. The win in Jackson vaulted him seven spots to No. 18 in the current world rankings, one spot ahead of reigning Masters champion Hideki Matsuyama.

Not that U.S. Ryder Cup captain Steve Stricker needed to be second-guessed after his team routed Europe 19-9 last month at Whistling Straits, but if he had it to do over again Stricker might have made Burns one of his six captain's picks. Burns has played 22 events in 2021 with two victories, two second-place finishes, a third place and another top 10. While he didn’t have a stellar record in the majors — Burns didn’t earn an invitation to the 2021 Masters, withdrew from the PGA Championship with a back injury, missed the cut at the U.S. Open and tied for 76th in the British Open — contending in golf’s biggest events is the next step.

So is playing in the 2023 Ryder Cup. Burns described the phone call from Stricker saying he wasn’t picked as “gut-wrenching.”

“I think it’s definitely motivated me to try to be on the next team and continue to improve,” Burns said.

Golf fans might have thought the yellow shirt Burns wore for Sunday’s final round was because of his alma mater, but that wasn’t the case. A PGA Tour-backed initiative called “Play Yellow” spearheaded by Jack Nicklaus and his wife Barbara is intended to bring attention to the 10 million children treated at children’s hospitals each year.

That initiative had an added meaning for Burns. His sister Tori’s son, 6-week-old Burns Walker, was being treated at Children's Medical Center in Dallas for spinal meningitis while his uncle Sam was storming to the one-stroke victory.

“He’s been there at least two weeks,” Burns said. “I’m not sure exactly how much longer. It could be a decent while.

“He won't remember it … but I'll definitely remember it and our family will remember it, and just really thinking about my sister and her husband and their family and what they have experienced. It's been really hard, and so just ask everyone to keep them in their thoughts and prayers.”

… Player/caddie relationships are often brittle things, so it was newsworthy Thursday when two-time Masters champion Bubba Watson announced that he and Lafayette native Ted Scott were ending their partnership after 15 highly successful seasons.

“After 15 incredible years together @jtedscott and I have decided to end our on-course partnership,” Watson tweeted. “Don’t worry! We’re still friends. Read the rest in my photos. #LoveYouTeddy”

In an interview Tuesday, Scott said he and Watson came to their decision in long discussions after the Tour Championship in early September.

“I think it was a really good thing for both of us,” Scott said. “For many years, Bubba and my goals, dreams and aspirations lined up. Now we’re going in different directions a little bit. We have the same friendship but not the same business goals.

“We both decided to mix it up a little and try different adventures. It’s a really good thing, and it was a good conversation. He’s happy and I’m happy. It’s a nice place to be.”

Scott, 48, said he’s trying to figure out the next step. An excellent golfer himself, Scott has been a PGA Tour caddie for 21 years, having previously worked for 1993 PGA champion and current NBC/Golf Channel analyst Paul Azinger, Grant Waite and Olin Browne. He’s focusing on his family and developing a golf instruction website, but he certainly hasn’t ruled out picking up the bag for another PGA Touring pro. There already have been offers.

“I’m passionate about that,” Scott said of his website. “Friends have been pushing me to do it. As far as caddying … I’m just trying to see if I want to. I think I will. But I haven’t really decided. It’s kind of nice being home and pondering all the different routes I can take.”

Scott was on Watson’s bag for all 12 of his PGA Tour wins, including the 2011 Zurich Classic of New Orleans, and the 2012 and 2014 Masters. Next year’s Masters will mark the 10th anniversary of Watson’s famous hooking wedge shot out of the trees on No. 10 at Augusta National to beat Louis Oosthuizen in a playoff.

“That’s one tournament I would miss, for sure,” Scott said.

“I’ve got a lot of friends out there (on tour). It’s like moving cities if you don’t keep caddying. But you know what? When you look at pro sports in general, 21 years doing anything is pretty miraculous. I’ve been very fortunate. I’m very thankful for the time I’ve had.”