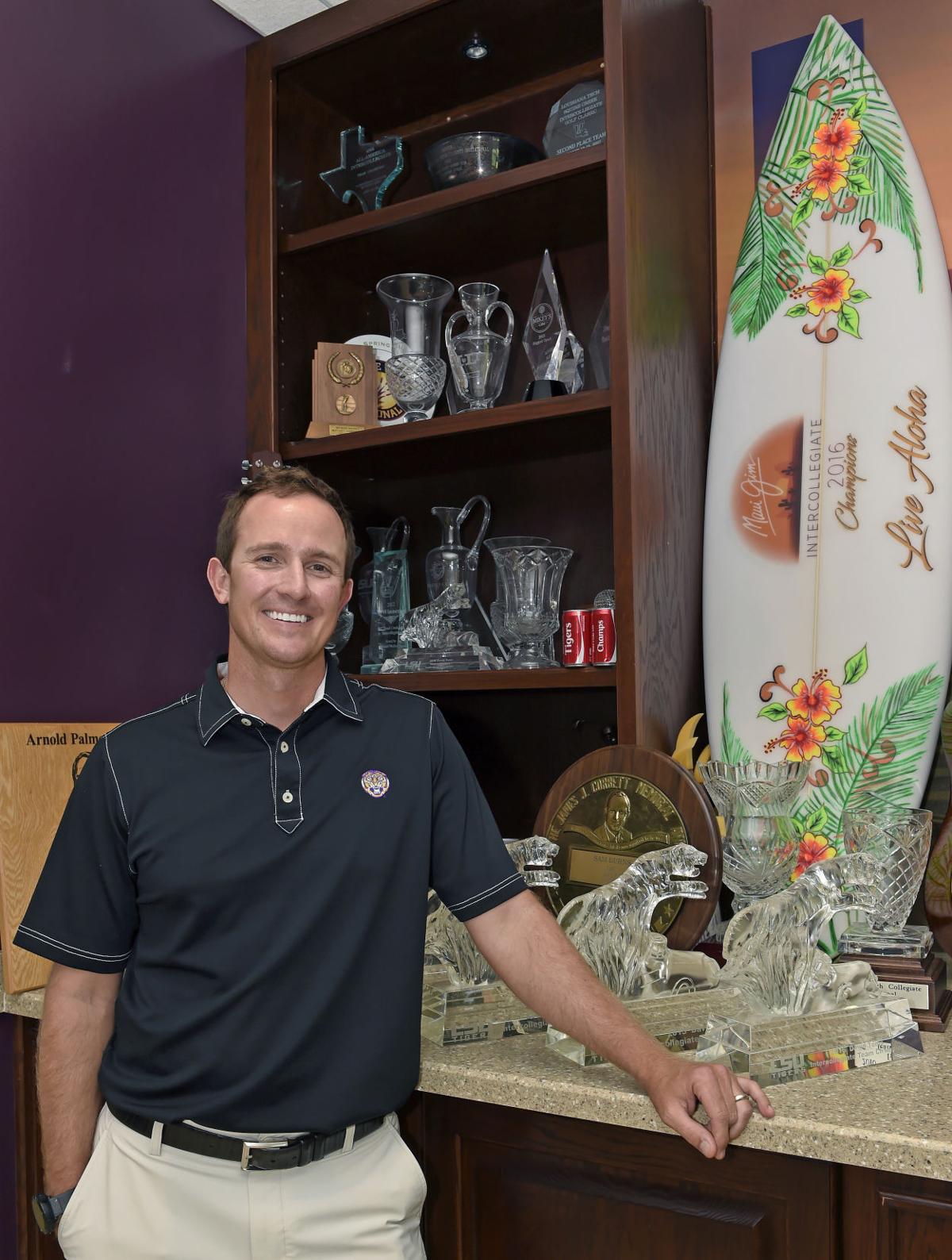 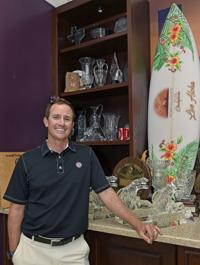 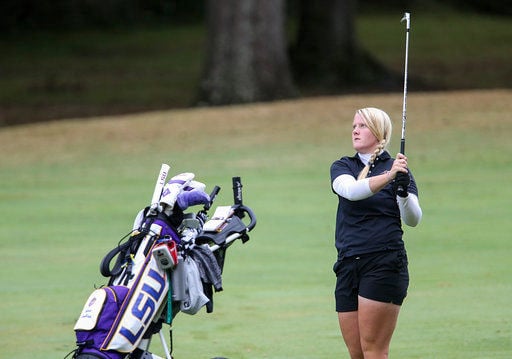 LSU women's golfer Ingrid Lindblad watches her shot in this undated photo from October 2019 at the Magnolia Invitational in West Point, Miss. Lindblad is currently the world's No. 4-ranked women's amateur player. 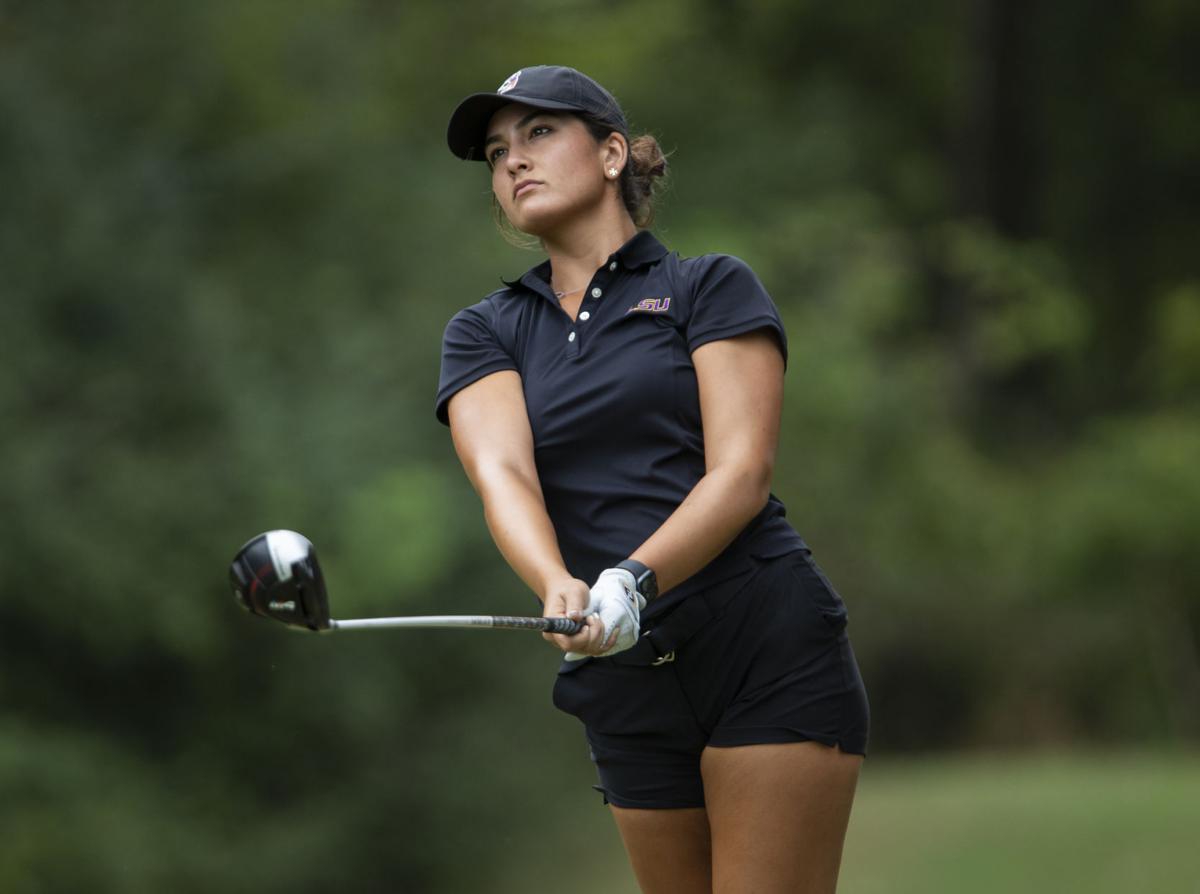 LSU women's golfer Latanna Stone watches her shot in this undated photo from the Magnolia Invitational in October 2019 in West Point, Miss.

LSU women's golfer Ingrid Lindblad watches her shot in this undated photo from October 2019 at the Magnolia Invitational in West Point, Miss. Lindblad is currently the world's No. 4-ranked women's amateur player.

LSU women's golfer Latanna Stone watches her shot in this undated photo from the Magnolia Invitational in October 2019 in West Point, Miss.

When the LSU women’s golf team shot up to No. 1 in the new Golfweek rankings, coach Garrett Runion wanted his Lady Tigers to put the milestone in the proper perspective.

Enjoy the moment, he said, but remember that being No. 1 in November is not where they want to wind up.

“I told them no matter how old they are or where they are, they can always say they played on the No. 1 team in the country,” Runion said Monday.

“The girls are definitely motivated and excited. But we also know we would rather be No. 1 at the end of May.”

That’s when the NCAA championship will be decided, assuming the 2021 edition isn’t wiped out by the coronavirus pandemic like all spring championships were this year. The hopes of playing the season all the way through carries even more meaning for LSU because the program will host an NCAA regional May 10-12 at the University Club.

The No. 1 ranking is not a poll but based on performance. Last month, LSU finished second to Arkansas on its home course in Fayetteville, Arkansas, in the Blessings Collegiate Invitational and then finished second in Mississippi State’s tournament named The Ally in West Point, Mississippi, behind South Carolina.

The ranking comes with a couple of caveats. For one, teams from the ACC and Pac-12 have yet to compete this season. The early rankings lean heavily to the Southeastern Conference, which holds nine of the top 10 spots and has 13 of its 14 teams ranked in the top 18.

For now, it is achievement for a rebuilding program in its third year under Runion, himself a former LSU golfer who previously served from 2012-18 as the men’s assistant coach.

“You can ask our girls,” Runion said. “I never talk about rankings that much. I want us to focus on what we can control. If we put in the work, the rankings will follow. That’s what I said three years ago when we were ranked 65th or 70th and that’s what I say now.

“But it’s a nice validation that we are on the right path in the things we’re doing. It is a nice feather in the cap.”

Like in the 2019-20 season, which was cut short in March by COVID-19, the Lady Tigers continue to be led by Ingrid Lindblad. Currently the No. 3-ranked women’s amateur in the world (she has been as high as No. 2), Lindblad was one of three finalists for The ANNIKA Award this spring and was invited to participate in this year’s Augusta National Women’s Amateur. That event was canceled, but those in the field for 2020 may compete in the 2021 ANWA provided they remain amateurs.

Lindblad finished second in the Blessings tournament and third in The Ally.

Sophomore Latanna Stone, who will play against Lindblad for the U.S. team in the Arnold Palmer Cup in December, had a fifth in the Blessings while freshman Carla Tejedo Mulet from Spain tied for seventh in The Ally.

Runion said he is confident his team can contend for the final No. 1 ranking come season’s end.

“If we stay healthy and do what we’re doing we have a good opportunity to give ourselves a chance for sure,” said Runion, who led the Nova Southeastern men’s team to the NCAA Division II title in 2012. “The talent and work ethic is there. A lot of things have to line up, but that’s certainly our goal that’s for sure.”

LSU wraps up its fall schedule Friday-Sunday in Athens, Georgia, in the Liz Murphey Fall Collegiate.